Salt and pepper sausage roll and a cappuccino for just £1

Terrible food and lousy service since 1958 – their words, not ours. 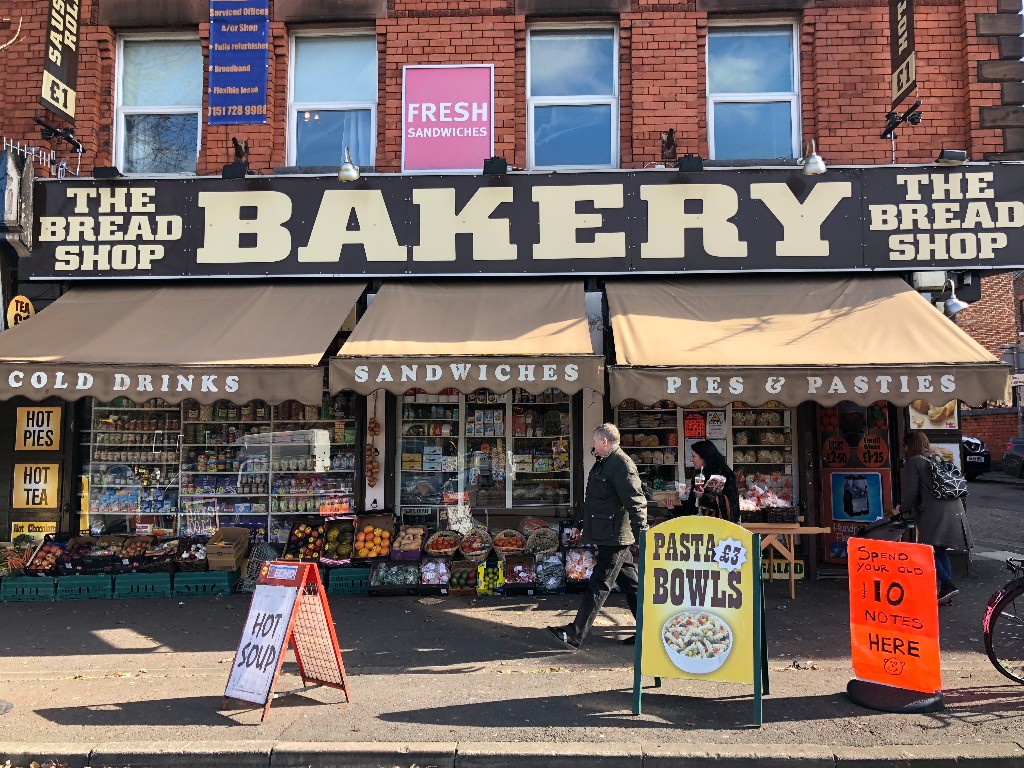 In a world where four out of ten businesses die within five years – you can’t blame The Bread Shop Bakery on Aigburth Vale having a street party for their sixtieth year in business in 2018. It’s not always been easy, tomorrow was never promised but they’re still here, despite it all, treating their customers like family. Considering some have been going for the full 60 years it’s been open, we bet they even feel like family sometimes. 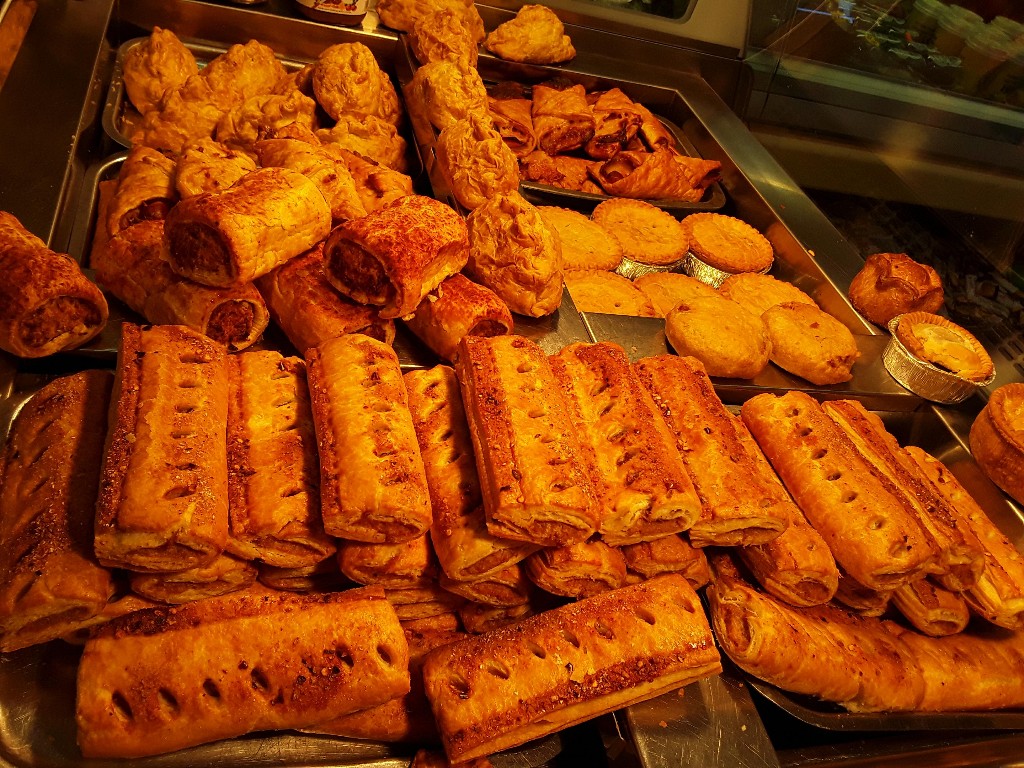 Aigburth Vale is home to two giants – Steve’s Chippy and The Bread Shop Bakery. Two staples for Aigburth residents. The bakery was established in 1958 by Len Gordon and was called Gordon’s – typical of the time where your surname was often proudly the shop sign. It may sound cliche but it was the good old days where business was thriving and the community was strong. Len became the proprietor of a number of shops in his time and at one point even had five. But now only one exists and it’s in the hands of grandson Alan – a lead campaigner for the ‘Total Eclipse of the S*n’ movement, the new owner of The Bread Shop Bakery and Dad to daughter Ava 7 and a son Aiden 5. 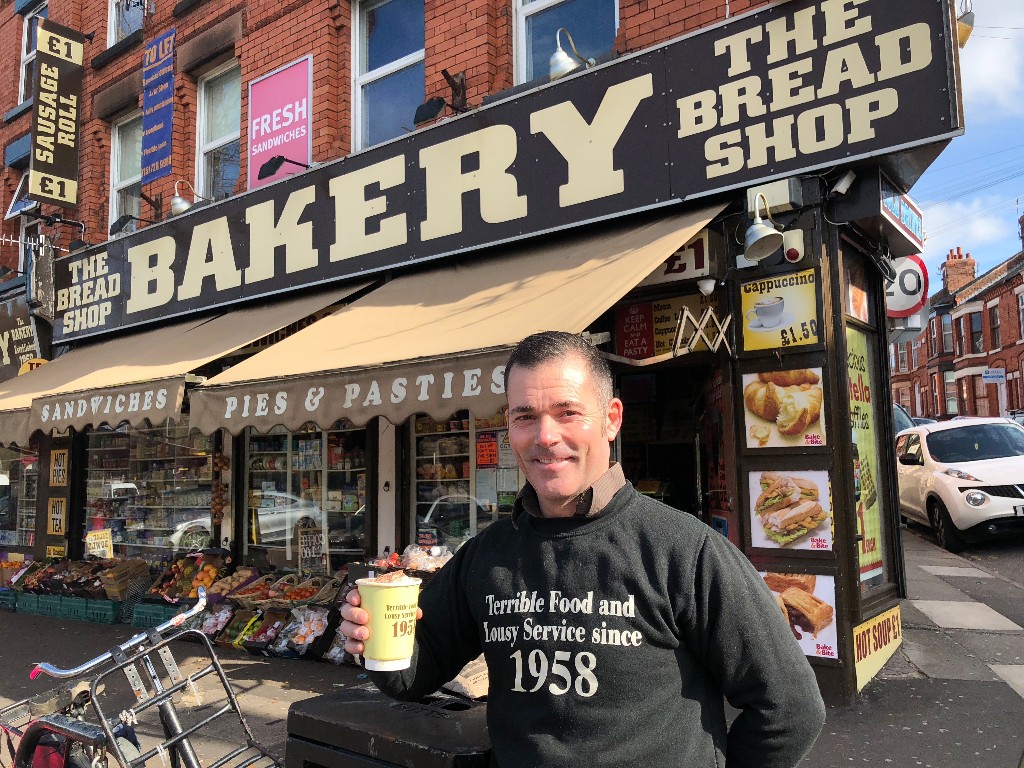 Ten years ago, Len’s grandson Alan moved back from Holland to take-over and keep the family business open. Alan has recently taken to social media to make people aware of the shop with the slogan ‘use it or lose it’ and troves of people have rekindled their love with the place. It also helped Alan connect with hundreds of local businesses. So in the shop, amongst your daily essentials, you can find an eclectic range of local butter, pies, jams, sausages, bacon and so much more. The more you support the shop, the more you’re supporting these local independent businesses inside and it is this perfect oasis that Liverpool’s heartbeat rests on. 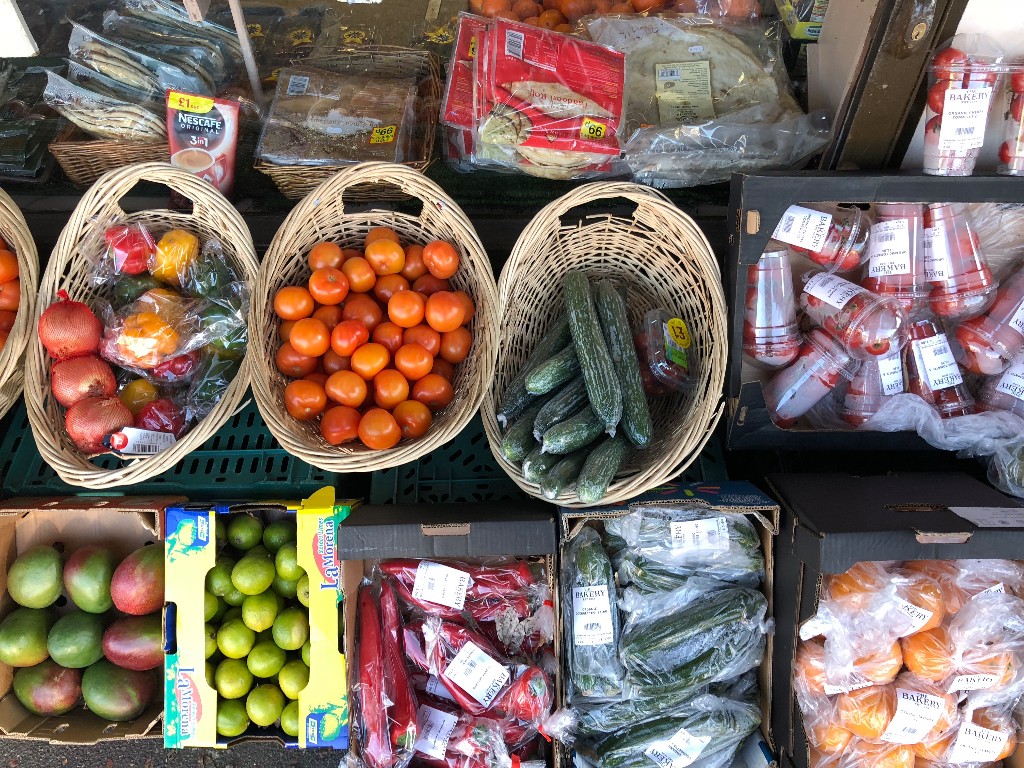 Self service check outs, online deliveries and the overall dominance of convenient supermarkets -with convenience also comes monotony and this tiny little suburban grocery store is anything but lukewarm. Towers of fresh organic produce greet you before the staff do, they have everything from Denise’s gluten free pies, Shelley’s vegan cakes and Elisa’s paleo takeaway meals to kitchen roll, dog food and nappies and for what they lack in size, they make up for in heart. Liverpool’s a city full of makers and dreamers and a place where people do and in a world where 4 out of 10 businesses will die within five years – The Bread Shop Bakery couldn’t be more precious. 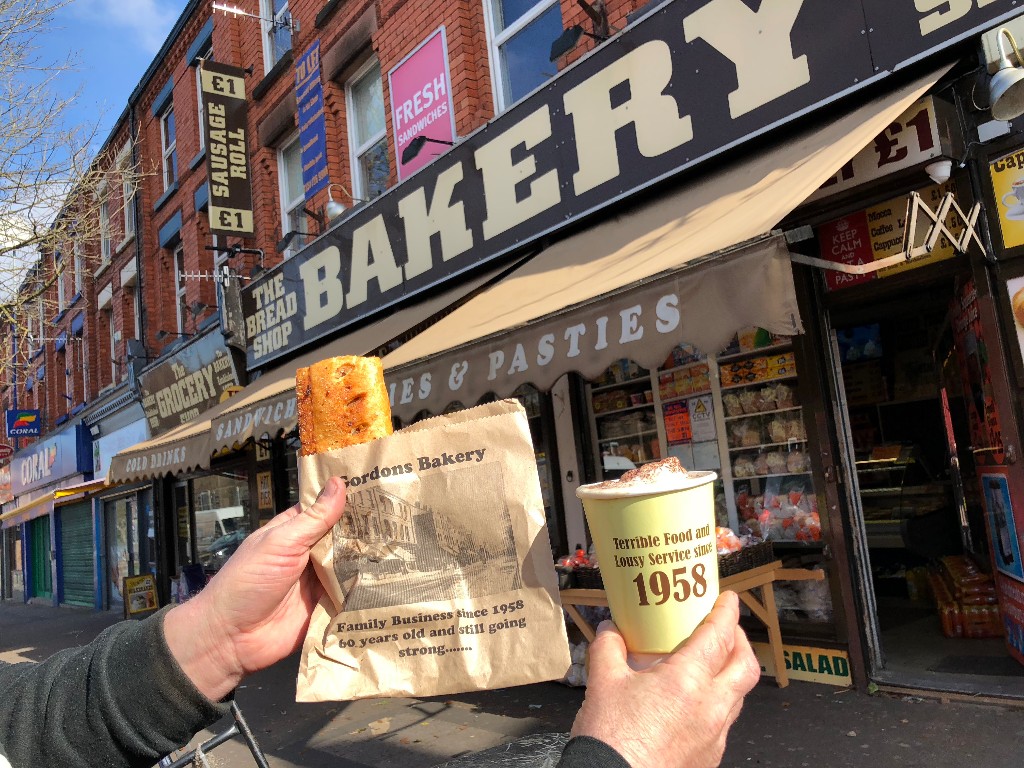 To celebrate The Bread Shop Bakery’s 60th birthday and  having sold over a million sausage rolls, Independent Liverpool cardholders can get Liverpool’s first and only salt and pepper sausage roll and a cappuccino for just £1. What an amazing deal. Where else in the world can you get that? You will also be able to buy the Independent Liverpool card from here so if you’re in the area and fancy discounts at some of the best independents in Liverpool – join our family.