Chicken, tunes, cocktails and beer. Is that a list of four of our favourite things or how Pattersons describe themselves? Well, both actually. Just off hectic Hanover Street there’s a quaint little road with a barbershop, coffee shop and a chicken shop. Forget finger lickin’ good, you’ll have your whole hand in your mouth. The theme of the restaurant is a laid back, southern American diner that specialises in fried chicken. If the chicken doesn’t have you dancing, their playlist certainly will. Expect disco, soul & hip hop that’ll have you Shazaming all night (we’ve officially coined that term). 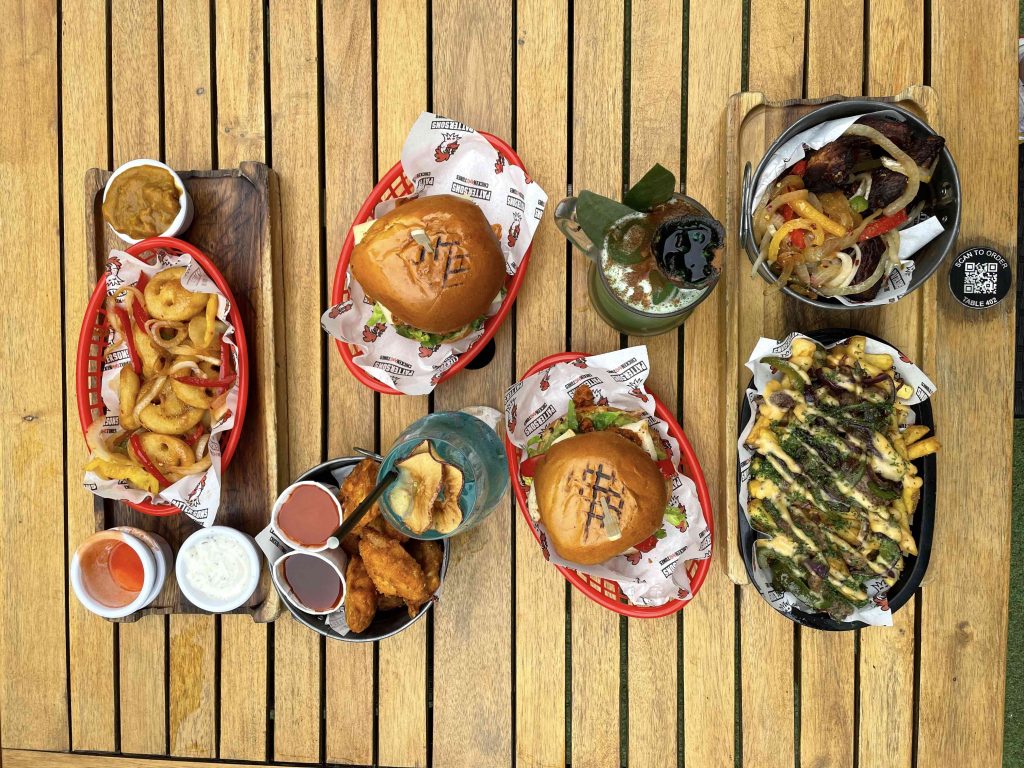 The inspiration behind the name comes from the predeceasing electrical shop that was in the building for close to 40 years – Hastie & Pattersons. The shop was owned by two men with a love of American influenced food, who would use all their spare time in the back of the shop, developing their chicken spice recipe. Out of the two, Mr Patterson’s was known for making the best chicken, and they keep his 40 year old recipe alive today. The sign above the door remains as a homage to what came before them. Proving, perhaps, it was indeed the chicken that came first. Sorry egg. 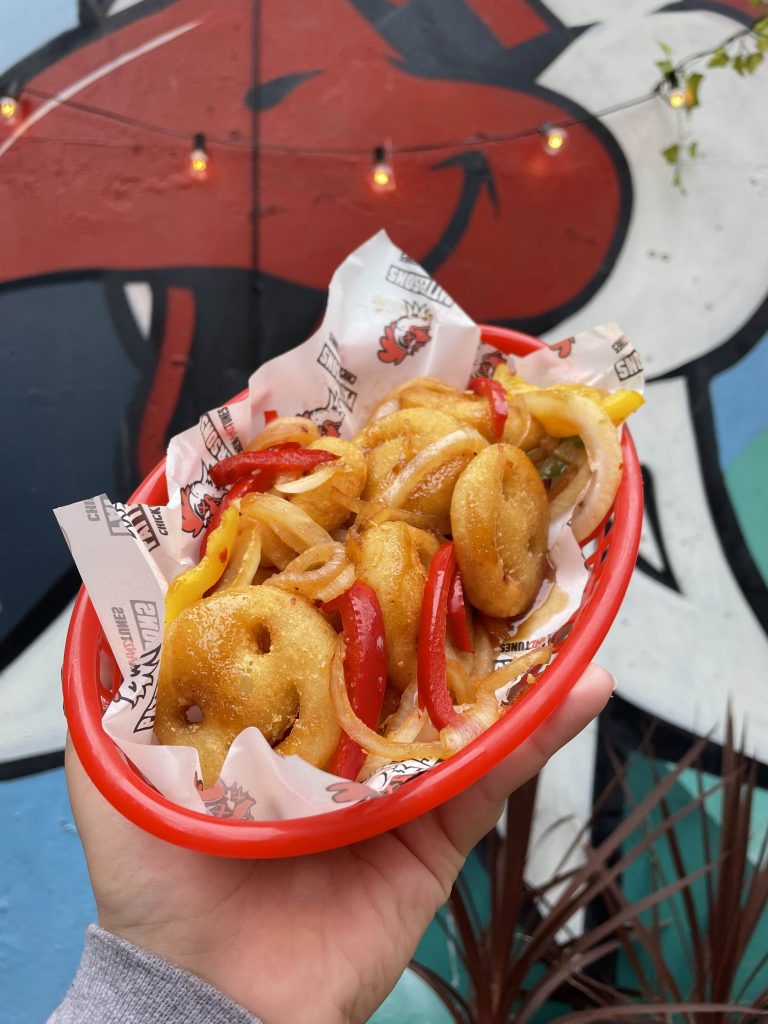 For the last few years Patterson’s famous buttermilk fried chicken has amassed a loyal following that keep coming back for more. It is brined for over 24 hours in a special mix of herbs and spices for depth of flavour and texture. Soaked in buttermilk for over an hour then dusted in another secret recipe flour before being fried to juicy perfection. Fried chicken might just be the world’s most versatile food. It makes just as much sense at the dinner table or in your car or at breakfast with waffles, as it does at 3am after those “couple of drinks” you went out for. 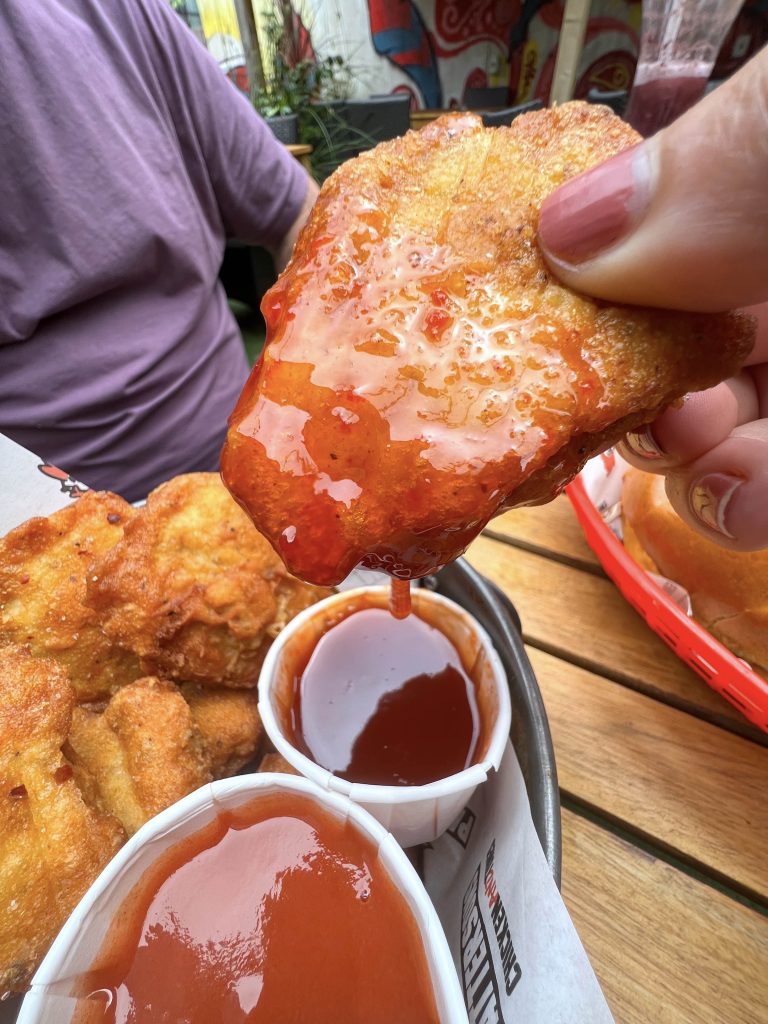 Whilst they could so easily just be a chicken shop with how good it is – Pattersons is anything but. The new menu you’ll find meatylicious burgers, brand new salt and pepper smiley faces, steak fries and CHICKEN NUGZ! Its actually shocking to find out that pattersons have never had nugs before and now these are going to be your staple! Tuck your napkin in your shirt for this one below. Oh c’mon, just look at it. Your diet doesn’t stand a chance against it. 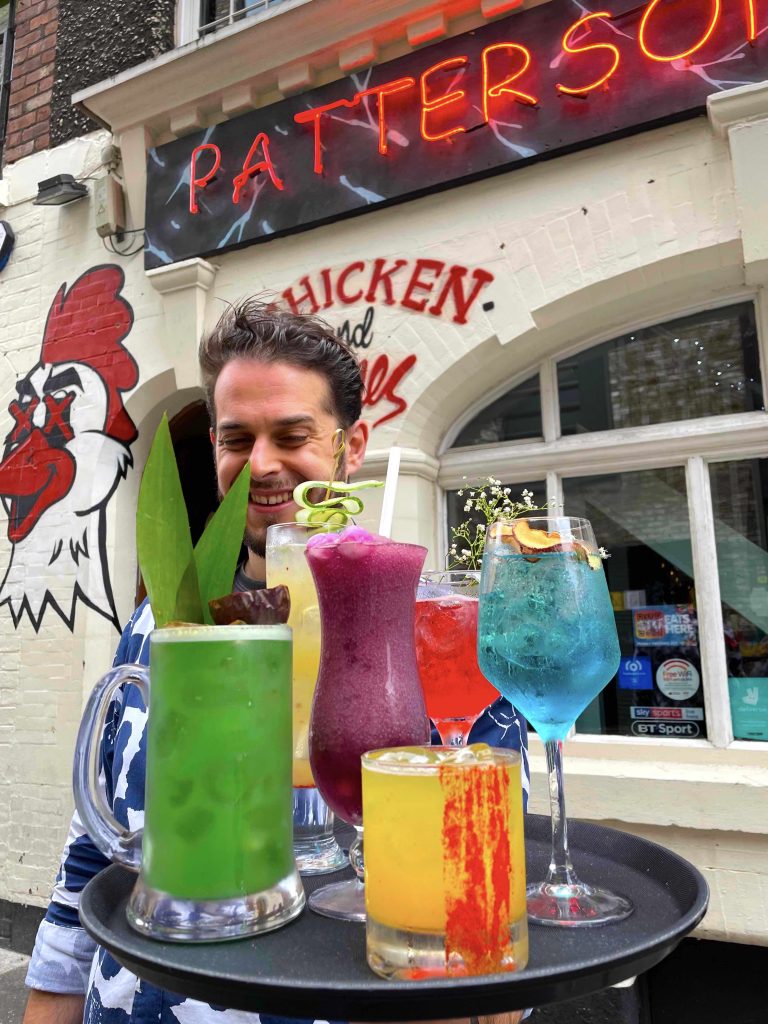 Also on the Menu are the Patterson’s new cocktails, a perfect accompaniment to any meal and they are something else!! with som sweet, sour and (our fave)  fiery. We cant tell you have good they taste but just by the way they look you know they are going to be 10s across the board!

check out their website for more info, opening hours and menus!