“There’s something about being forced to innovate and learn new things constantly to survive and remain relevant, almost living off instincts rather than strict processes, especially in the creative industry, that I love deeply”

There’s an interesting little set up in the Baltic Triangle called The Baltic Creative – a place where creative businesses have set up business in sheds. We wanted to find out a little more about the life of one of the companies in there so we met up with Andrew Beattie, founder of GIVE ME SOUL, a communications/creative agency who concentrate on content, films, media and stroytelling. “Story telling?” I hear you say – yes, Andrew says that “storytelling is at the heart of what we do and a storyteller of sorts is always something I’d considered myself to be. I love telling stories and helping people tell them. I love hearing them too. Great stories are timeless. There’s something really romantic about that thought. And that’s how it came about [GIVE ME SOUL], as a vehicle to bring creative people together to work for brands, businesses and individuals to tell their story, in whatever way it needed to be told.” With that in mind, we wanted to have a crack at telling their story… 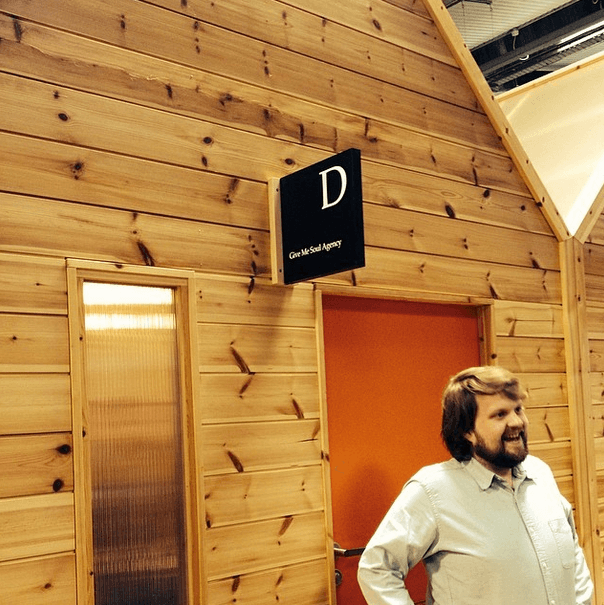 We particularly wanted to write about GIVE ME SOUL because they tell the stories of independent businesses in Liverpool. In that sense they share the exact same ethos and vision as us – to help our independents. Andrew tells us that he loves working with independent businesses because there is something different about the start-up culture compared to corporate culture; these businesses are usually very close to their customers, for example, it’s the business owner who opens up shop first thing in the morning and last thing at night and they care about their customers to the point they know exactly how all their customers take their coffee. They pour their heart and soul into their business, and that honesty and passion is a great story waiting to be told. We all want to see each other thrive if it’s makes the city a better place, and GIVE ME SOUL helps that story be told – in turn helping that business grow. 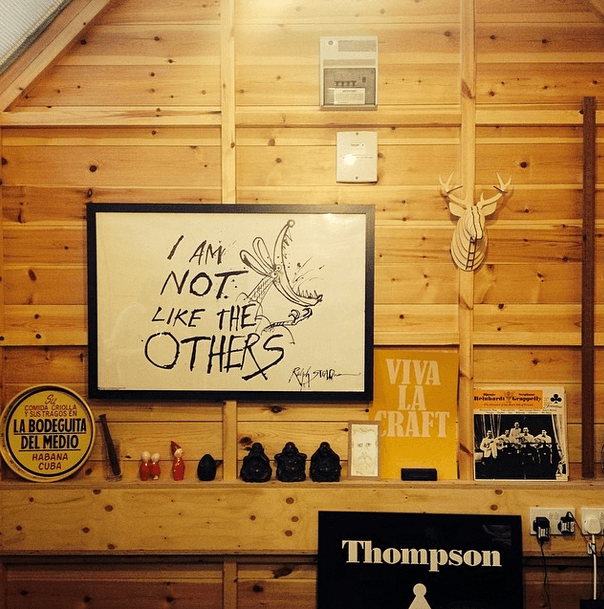 When asked what work he likes to take on he told me “varied and interesting with passionate people, who like good beer.” Funny he should say that as our favourite piece of work by GIVE ME SOUL is the short film they produced about The Liverpool Craft Beer Company. I’m sure most people reading this blog are familiar with their beers as they are absolutely crafted to perfection, but if you are yet to try one then head down to Camp & Furnace to try their Brown Bear. The video they produced about LCB is well worth a watch: The Brewer

We were curious as to why Andrew founded this company, rather than going to work for a top agency. His answer is very motivating to anyone wanting to start a business: “What I really wanted was to have a crack at it myself, get back in the trenches with a small team and start scrapping for our lives again. I’m a sucker for punishment. I clearly forgot how difficult it is, and still is 5 years later. But there’s something about being forced to innovate and learn new things constantly to survive and remain relevant, almost living off instincts rather than strict processes, especially in the creative industry, that I love deeply.“ It shows that this is a way of life rather than a job. He had a talent and he decided to go out there and see where that talent could take him. He works with a great team and only works on projects that he feels passionate about. You can tell, as he is one of the happiest guys we have met. He’s the kind of guy who collects vintage typewriters and one of the only patrons left who carries swiss army knives around with him so he’s an interesting character to say the least.

Finally, we asked him to give us an interesting fact about GIVE ME SOUL… “Despite advances in modern science, particularly ethology, nobody knows exactly where Beno (our resident illustrator and filmmaker) goes to mate. Also, I once ran for 30 days and nights without food or water. One or both of those is probably not true.” 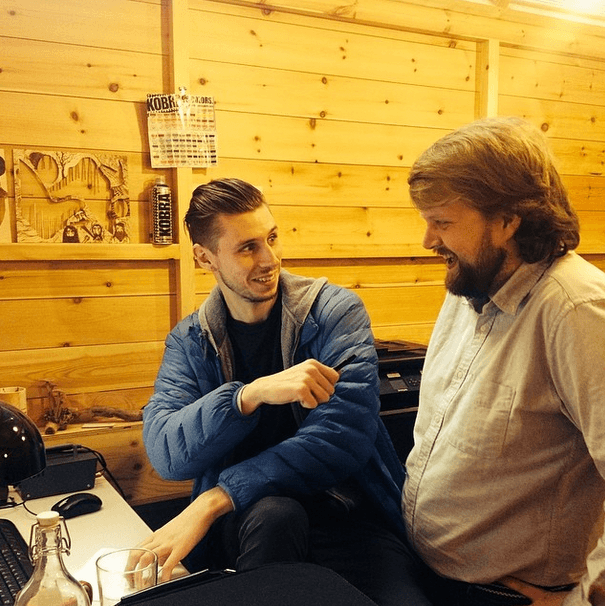 Make sure you follow them on Twitter @GiveMeSoulStory and like them on Facebook /GiveMeSoul. Keep an eye out for The City Tribune – a team Andrew is heading that’s putting together a new publication which launches for the International Festival for Business this year in Liverpool. We’ve had a sneak peak and it looks amazing.