20% off all tours with the code ‘INDLIV’. Put code into promotional code box and present your IL card on arrival. Book via website http://www.shiverpool.co.uk/

In August 2005, John Stone was having a cuppa in his living room with his mum when he turned to her and exclaimed he had a great idea … “It’s called Shiverpool” he said. The following October, on Halloween, him and his Sister Alex delivered their first theatrical tour of Liverpool to a 40 strong audience inclusive of mum, nan, brothers and sisters. They still remember putting black lippy on in the Casa just before that very first tour that would go on to take them on the most extraordinary of adventures. In the 12 years since then, they’ve walked thousands of miles, taken hundreds of thousands of brave souls with them on their journey, and retraced the city’s bloodiest footsteps, through silted-up back alleys where sulphurous pools of lamplight lead to the site of old plague pits and abandoned burial grounds. 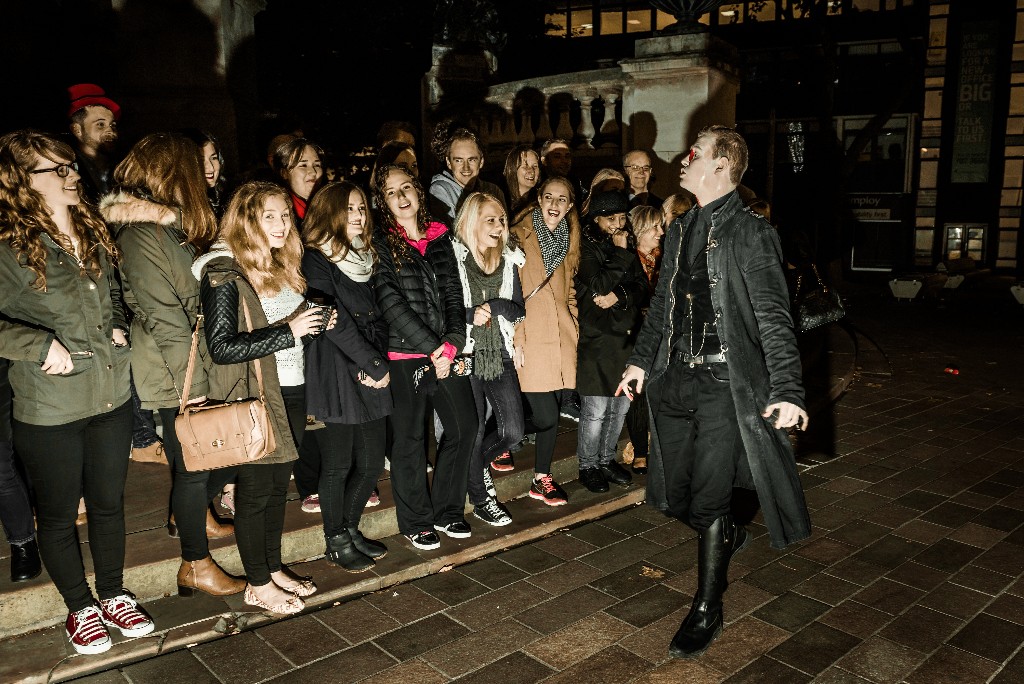 Currently there’s three different types of tours for you to sink your teeth in to. The Hope Street Shivers takes place in the Cathedral Quarter of Hope Street. Beginning outside The Philharmonic Pub, this tour takes you to both Cathedrals, Rodney Street and tells the infamous story of Will McKenzie (Liverpool’s most infamous undead resident… that’s all we can say). The tour also visits The Irish Centre (formally The Wellington Rooms), and the journey ends beneath the Gothic Majesty of Liverpool’s Anglican Cathedral in St James’ cemetery, where apparently, for over a hundred years something sinister has lurked beneath the shadows…and is now employed on a part time ad-hoc basis for Shiverpool with dental cover (for the fangs!) 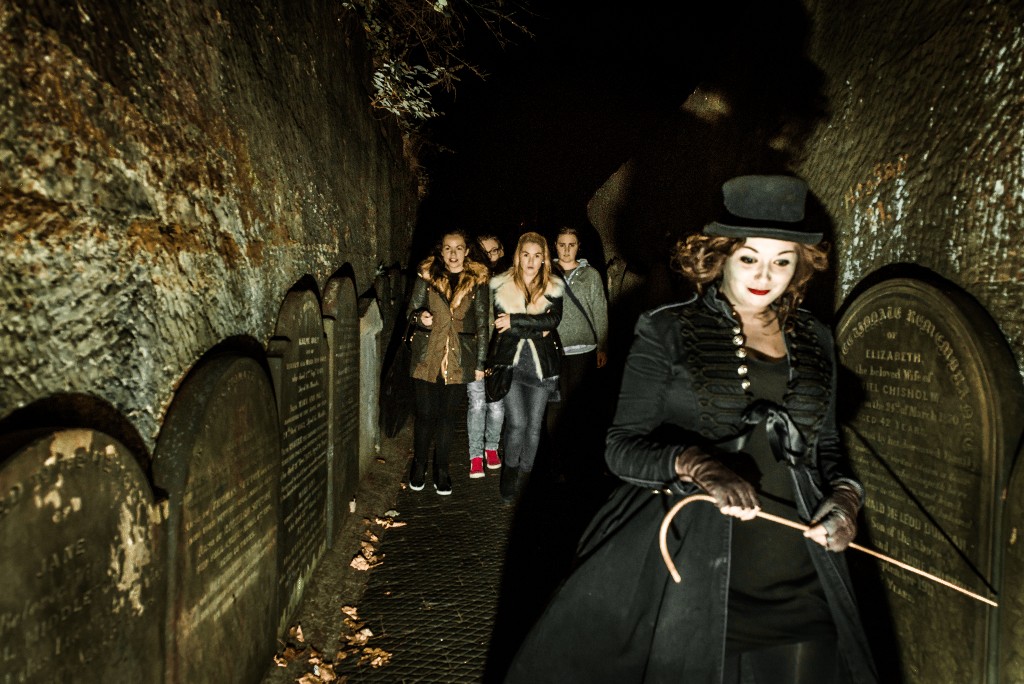 The Auld City Tour takes places at the other end of the city in the Commercial District, where the Magnificent Queen Victoria Monument is the meeting location. Whilst wandering the original seven streets of Liverpool, Shiverpool will unlock the secret streets of the Commercial District and will give you the history of the the stunning architecture of the area. Along the way they will tell you captivating tales of Liverpool through the ages – from the miserable Medieval period to the Victorians in all their contrasts. Listen to the tales of slavery, plague, cholera and the filthy slums that so many poor souls found to be their final resting place. The tour also explores modern history, as you will delve into the clandestine corners that housed America’s secret head quarters during the civil war. The tour eventually climaxes in a subterranean location beneath a Grade II listed former bank on Castle Street. The vaults are sinister and eerie, and you never know what’s round the corner. The absolute definition of Jeepers Creepers. 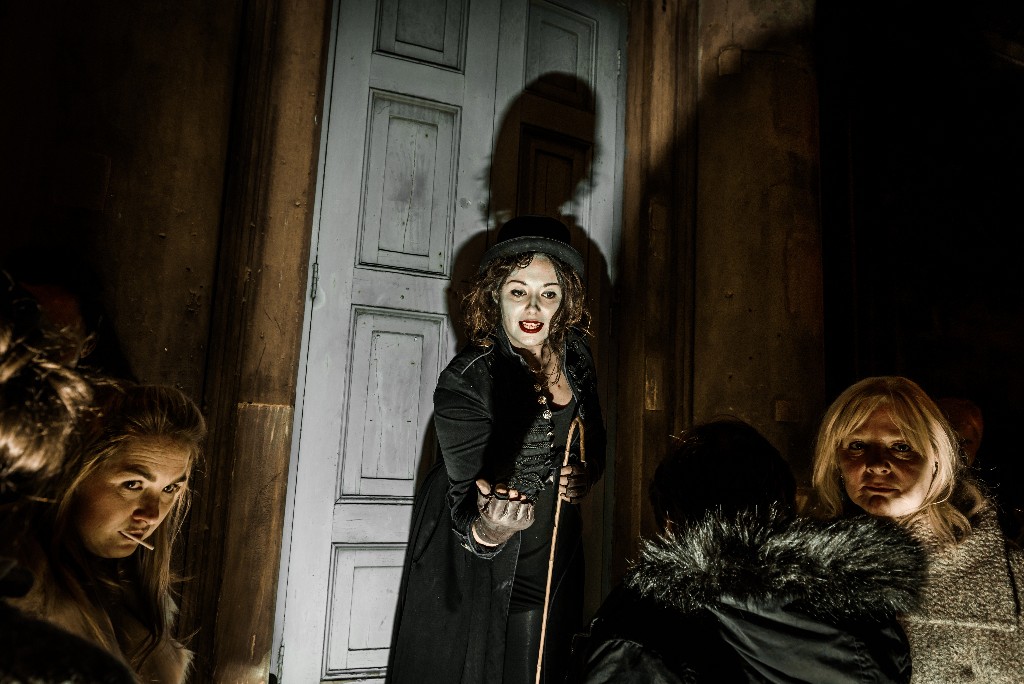 The third and final type of tour that Shiverpool offer is a seat on their Ghost Bus. This is a non-stop theatrical bus tour on a historic vintage bus. En route, the thrills and spills and secret history of one of the world’s greatest cities awaits. Passengers can settle in and enjoy a comedy horror roadtrip that mixes an (un)healthy dose of history, lashings of laughter, and an intoxicating elixir of the strange and unexplained; this is immersive storytelling at its most entertaining, chilling and informative. 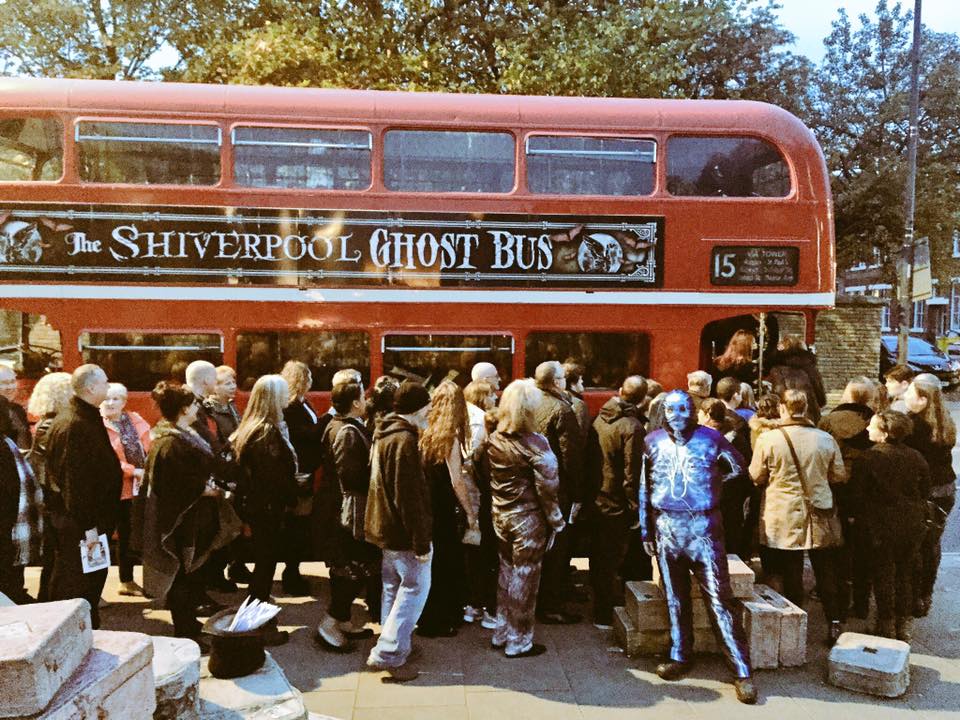 If you fancy getting the willies put up you then you are going to be thrilled to know that Shiverpool are now part of the Independent Liverpool Family… not as spooky as the Adam’s Family, but still. This means that if you have an Independent Liverpool Card you can get 20% off all their tours, simply by entering the promo code “INDLIV” when you are booking on to the tour online at www.shiverpool.co.uk. So get your tour booked and let Chiller Black and Mary Coffins take you on a tour of Liverpool not to be forgotten. And always remember – they scare because they care.