And we’re not just talking about the odd baguette, slice of cheese or heavily buttered fish. There’s French pastry shops, old-school bistro’s, macaron shops, small plates restaurants and more. And if Lark Lane’s latest hangout has anything to do with it, it’s a trend that shows no sign of stopping. 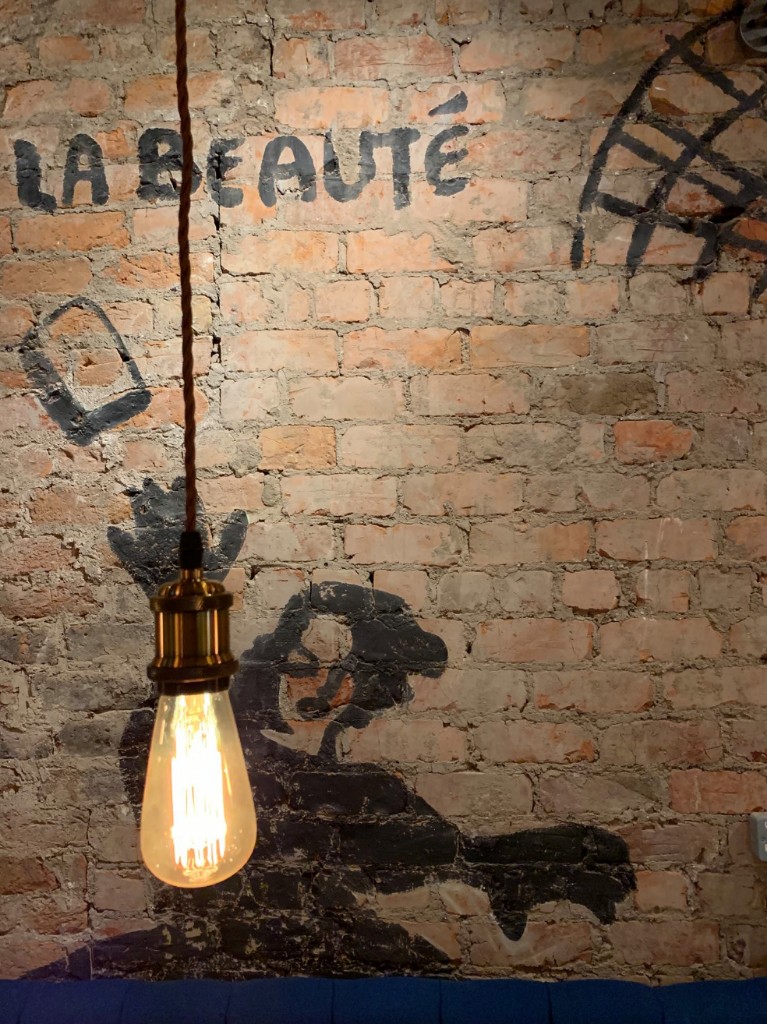 Polidor 68 might just be Lark Lane’s best kept secret. An absolute bijoux (we remembered that from year 9 French) of a wine, cocktail bar & bistro just a stone’s throw from Sefton Park. An homage to a Parisian boho hang out, the ‘68’ in the name references the counter culture rebellions across France in 1968 and the situationist graphic style spawned are referenced in artwork displayed in Polidor. 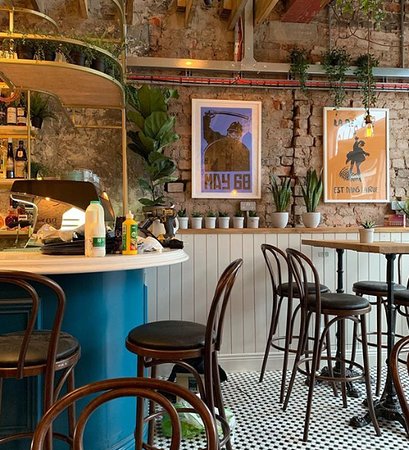 Polidor impresses with its brick and brass interior, with its banquettes and bentwood furniture, it’s extensive choices for wine lovers and bar tenders alike and its French influenced kitchen, which knocks out artful treats from breakfast to brunch and from lunch to dinner. We often don’t buy into the faux-commentary of “feeling like you’re on holiday” in your own city but you’d be forgiven for thinking you weren’t in Le Marais, Paris’ ultra-cool district we’re sure offered some inspiration to Polidor. 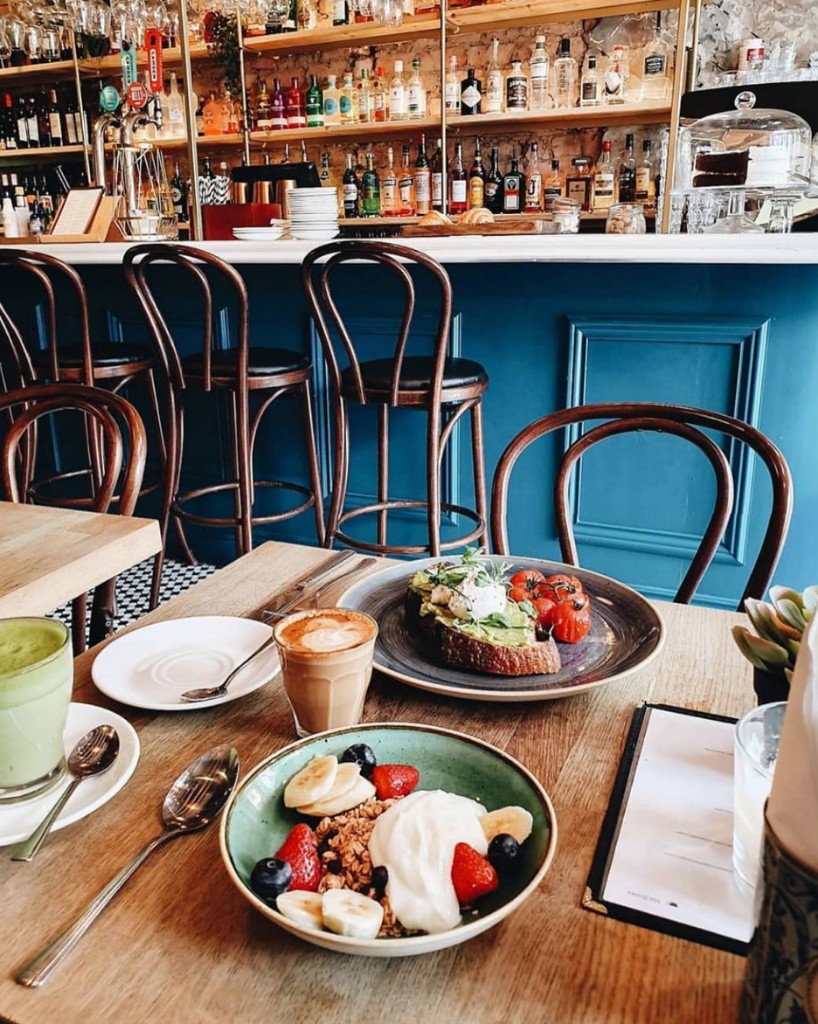 As you’d expect, there’s an impressive wine list that are fun to pronounce and even better to drink. And they go great with a cheeseboard. The cocktails, from the classics like French 75 and Espresso Martini to the house cocktails such as Parisien Sling and the Forest Fruits Mai Tai are truly some of the best in the city. Produce, teas, coffees are all sourced from local friends and specialists and it shows. 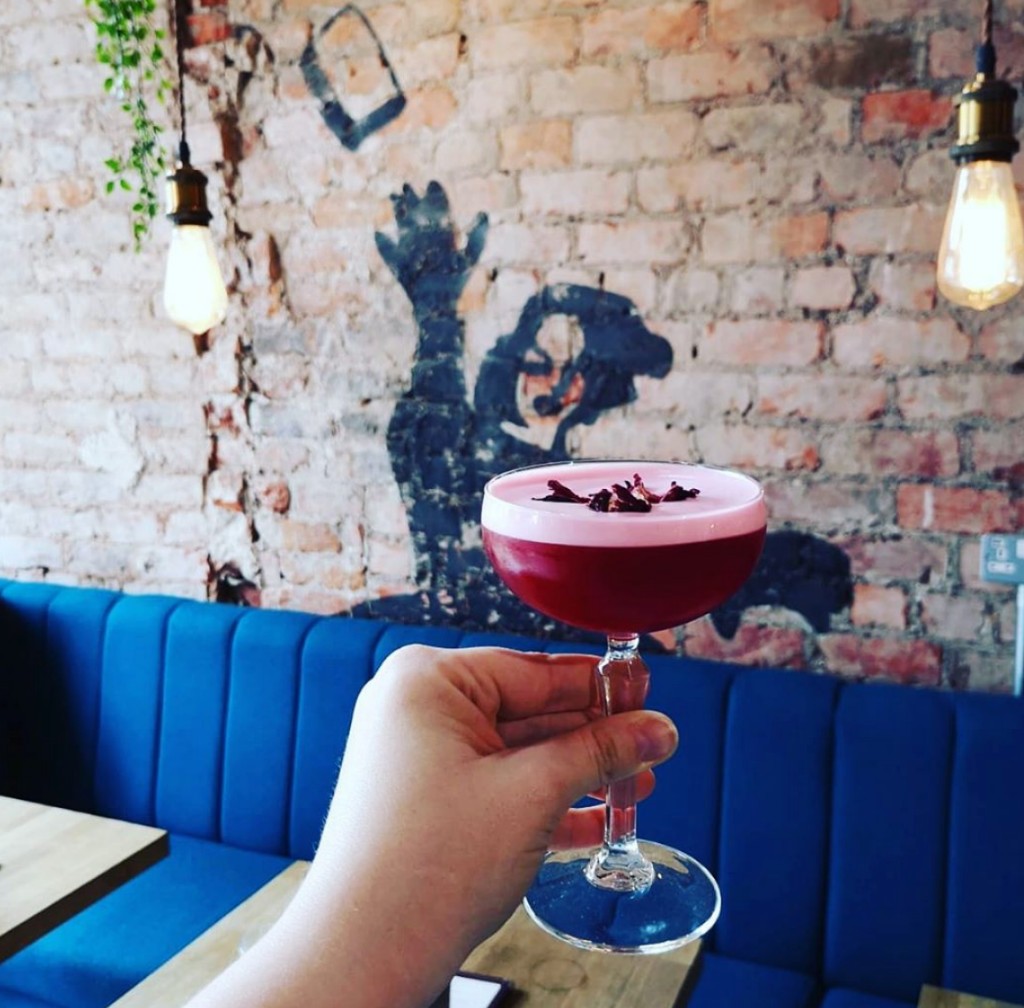 5 evenings a week, live jazz adds the perfect soundtrack to compliment all the flowing wine and aromas wafting from the bistro kitchen. But it’s not all dipping bread into oozy camembert and trying to get the perfect Boomerang for Instagram. Polidor prides itself on its truly great vegan and veggie selections. Polidor isn’t the Paris you’ve grown-up seeing on your TV, it’s the real thing and nights spent by candlelight with a cheeseboard and a cocktail watching some live jazz will take some beating.