Half price halloumi fries Monday-Thursday (one portion per cardholder, restaurant on Lark Lane only)

You either love halloumi fries or you’re wrong.

Tim Haggis is a man not shy to the sight of street food. Many moons ago, post-University blues and before it felt do-able to cook street food as a full time job, he came up with a hot-dog brand named Meet Frank. It started in his parents kitchen and went on to tour the whole of the UK with many falling head over heads for the frankfurters. When Tim wasn’t stood behind the grill in a random field, packing down or driving a van up and down the M6 he was at home cooking Middle Eastern-inspired food. So he swapped the fried onions for falafel, the hotdogs for halloumi but the chaotic street food world, unpredictable weather and risk stayed the same. 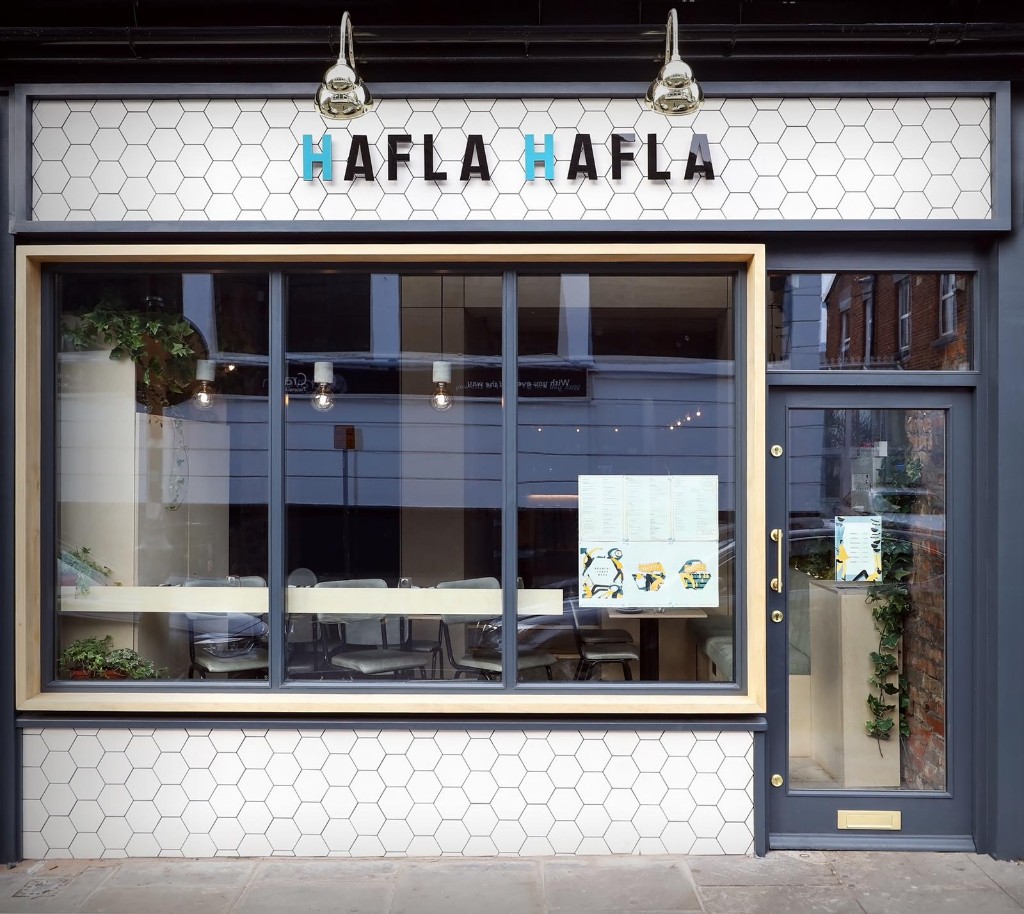 Hafla Hafla roughly translates to Party Party in Arabic – Tim and his talented team wanted the food to all be about fun and we’d say he’s done it. After travelling with Hafla Hafla up and down the UK an opportunity came up to have a stall at Baltic Market, which we hope you’ve heard of. It was at this moment Tim made the, then very innocent, decision to put halloumi fries on the menu and nobody could have expected what would happen next. Queues of halloumi-crazed guests yearning for the golden and melty cheese, late night inboxes demanding recipes and an overnight loyal following. Halloumi warriors ready to battle fuelled by salt and pepper halloumi fries. Some hundreds of tonnes of squeaky cheese later and a viral video of their halloumi shawarma later – the halloumi headliner reigns supreme. 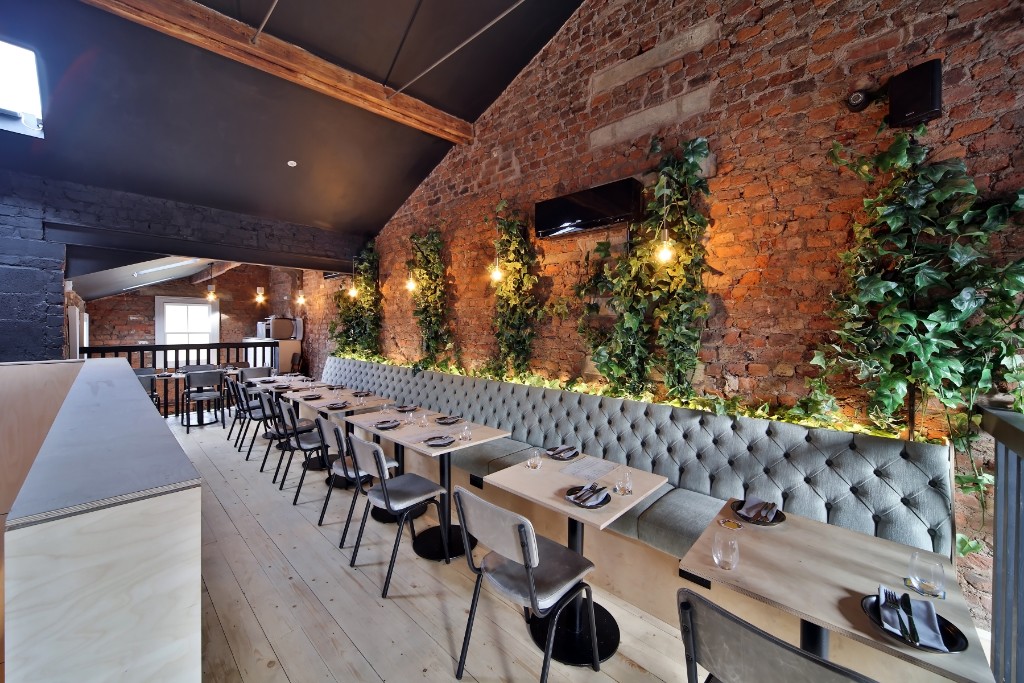 Street food was always the winning formulae but ever since this all began, Tim’s dream was to always open a restaurant on Lark Lane – his (and a lot of people’s) favourite street in Liverpool. Who could blame him? Brilliant boozers, the world on a plate, Parisian bars, tattoo shops, veggie cafes and Keith’s – the Bohemia of Lark Lane was a perfect match for Hafla Hafla. Hafla took over the old Bargain Booze which was transformed over a couple of months from an absolute wreck to one of Liverpool’s prettiest restaurants. Hexagon tiles, lush greens and exposed brick – Hafla is all grown up, has a mortgage and drives a sensible car. Sophisticated dishes, great local beers and wines and food served on actual plates with metal knives and forks. It’s a far cry from their first festival where five planks of misshapen wood held their whole structural integrity together. 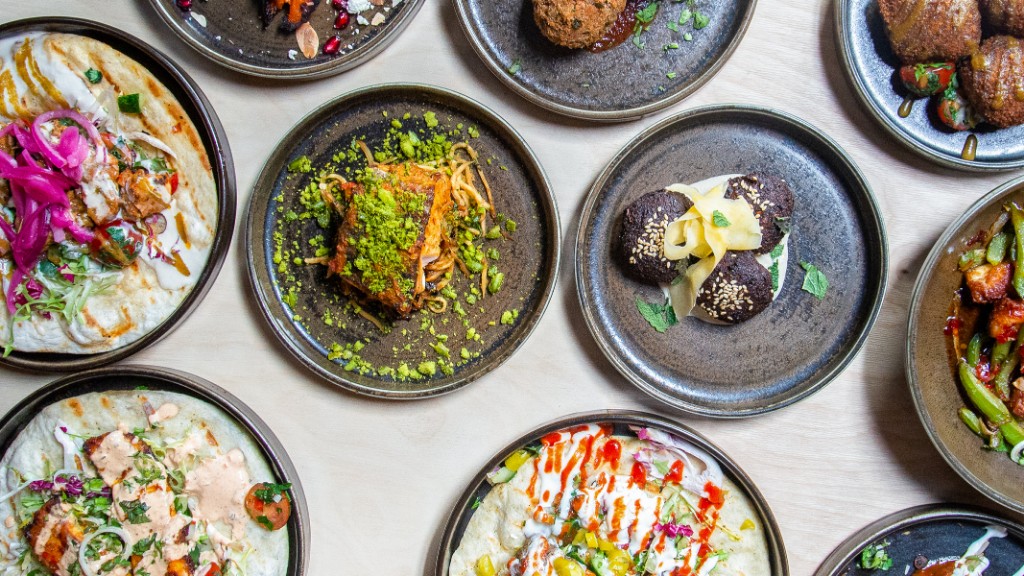 Speaking of the food – we’d like to dedicate the next few lines to some of the things you can experience. To start we love getting the weekly-changing hummus special with homemade pillowy soft pita breads, which are divine by the way. You won’t know whether to scoop up hummus with them or try sleep on them. The baba ganoush arancini with shipka jam is a Middle-Eastern and Italy lovechild we can’t get enough of. The lamb kofta with garlic, lentils, honey and yoghurt is all kinds of epic. As is the harissa salmon with pistachio crust and celeriac noodles. One hell of a way to get your five a day. Hafla Hafla are also becoming extremely well known for their brunch because, who doesn’t love waking up late and it being acceptable to have alcohol with your first meal of the day? Shakshuka, full veggie breakfasts with a middle-eastern twist and more to go alongside their insanely drinkable cocktail list we’re not ashamed to admit we’ve made our way through many times. Whoever invented brunch, we owe you a beer. 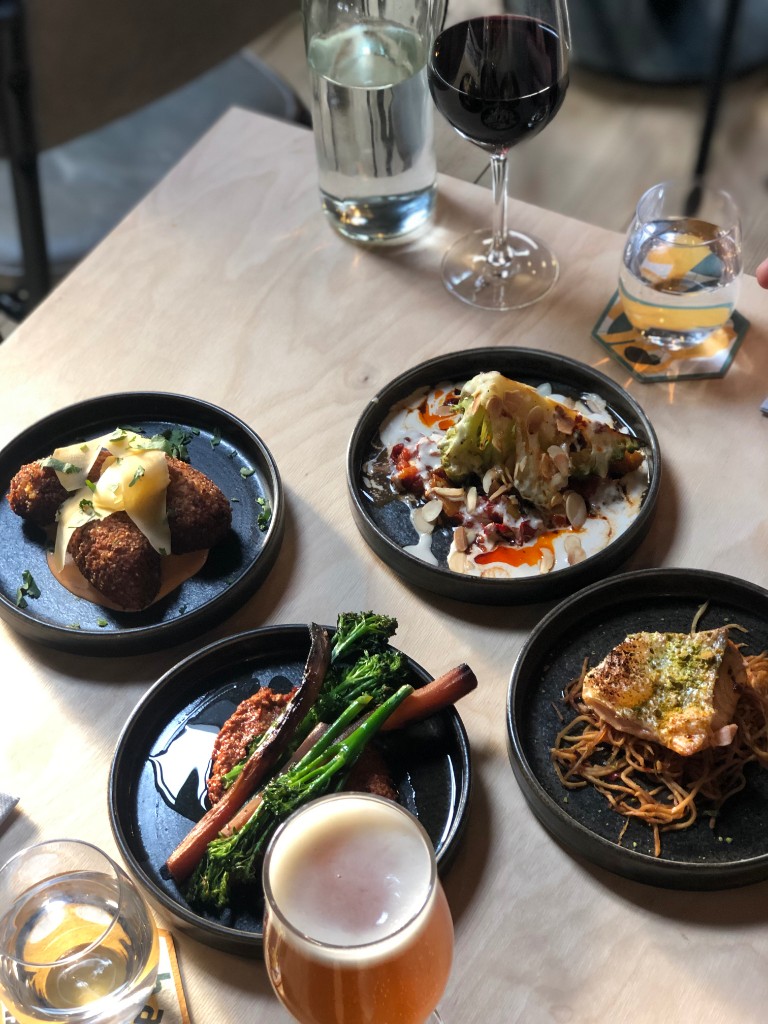 To the outsider it would seem Tim has achieved his dream and his snug restaurant on Lark Lane is his happily. But we all know getting something in life we’ve always wanted is dreadfully hard and and it’s twice as hard to keep it. Hafla Hafla has made that awkward transition from street food to sharing plates effortlessly and the food, ambiance and service surprises. It’s not just a flash in a pan or a halloumi in the fryer – Hafla Hafla’s metamorphism has been well-thought out expertly delivered and we’re confident it’ll be a firm favourite on the Lane for many years to come. You’ll also find them at Baltic Market four days a week, every week so there’s plenty of halloumi to go around. Thankfully.