Sun-Thursday for tables up to 6 people.

Bold Street is known for food, Seel Street is known for bars and Duke Street is becoming known for both. As well as food and drink, it has also become known to the arts thanks to a certain Banksy rat and the Chinese community for turning an empty building into something beautiful. One building along the strip however, has seen turbulent times. Originally a fine dining and gin offering known as Cedar Food & Drink, then turned gin hideout – both businesses sadly didn’t last. The building doesn’t lay derelict however, it has evolved into something completely different. Not just a first for the street, but a first for Liverpool. Meet Down The Hatch – Liverpool’s dirty vegan junk food bunker. 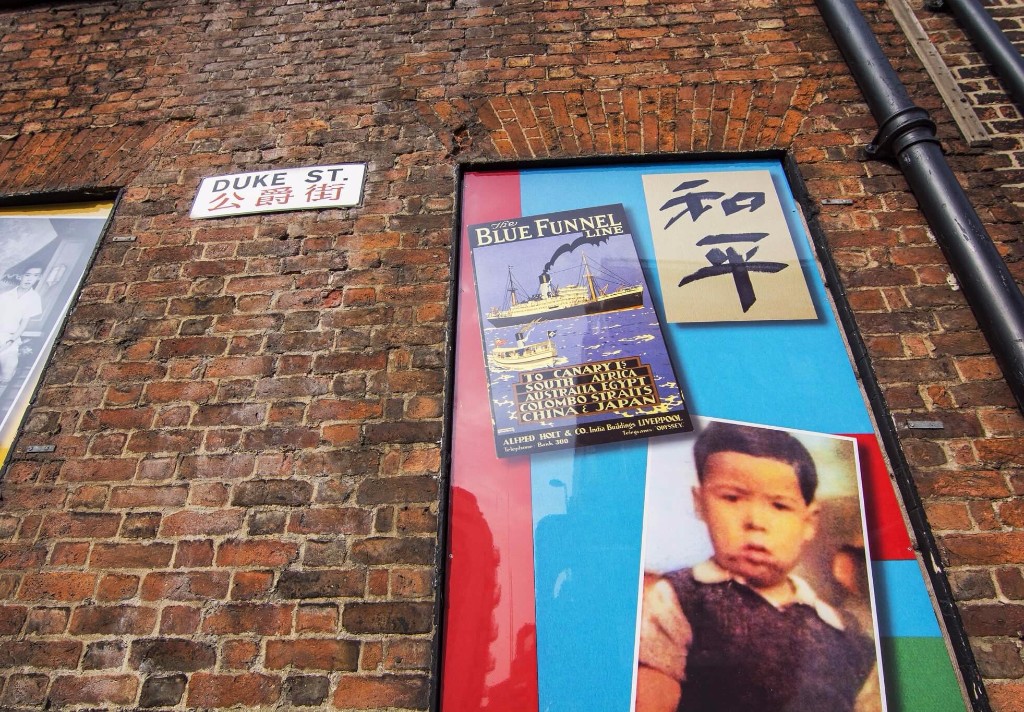 Started by friends Jay and Conrad, Down The Hatch is a place where meat eaters and zealous veggies collide for the love of deep fried goodness. They originally wanted the place to be a cocktail bar but after going veggie they realised there wasn’t anywhere to have non-healthy veggie food and they decided to combine the ideas. Proper home cooked food but with a junk food twist – there’s nowhere like it in the city. A place where cutlery has no home, a place to eat like no one’s watching and a place you’ll probably need a nap after visiting. Yes, there are corners of double-sided menus with similar food but this whole establishment is dedicated to the wonders of veggie junk food and we’ve sampled their whole menu and not missed the meat. 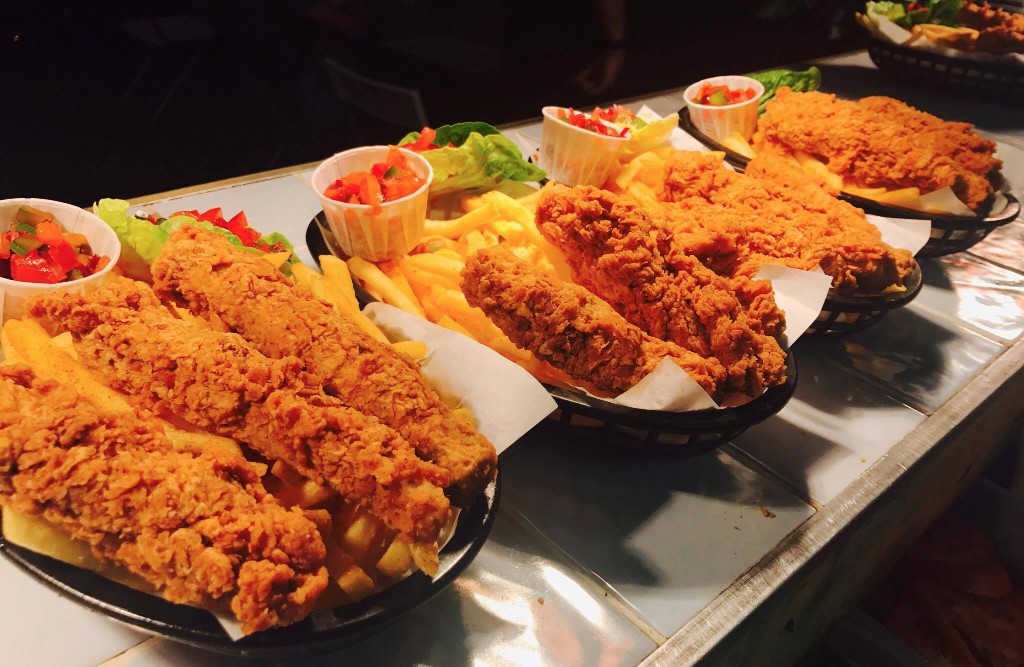 Down The Hatch’s menu is genius in that it doesn’t assume just because you don’t want to eat meat doesn’t automatically you want to gnaw on a carrot for tea. One of our favourite dishes, and we’re not alone in this thought, was the cauliflower five ways. If only Down The Hatch were around when we were a kid we wouldn’t have had half the trouble eating vegetables as our Mums did feeding us. A crispy coated cauliflower comes drenched in cheese sauce, garlic butter, beer, chipotle and honey and buffalo style. Down The Hatch also specialise in big burgers – so big you have to take a picture of them from the next restaurant. We loved the BBQ jackfruit take on pulled pork and their unique zinger burger. Another star off the show is the strips and chips – the naked eye would not be able to decide it wasn’t meat. They use something called seitan which actually goes back to the 8th century but Down The Hatch’s 21st century take on it had us moaning out loud. Alternatively known as “wheat meat”, they somehow get it so crispy and we can’t get enough. 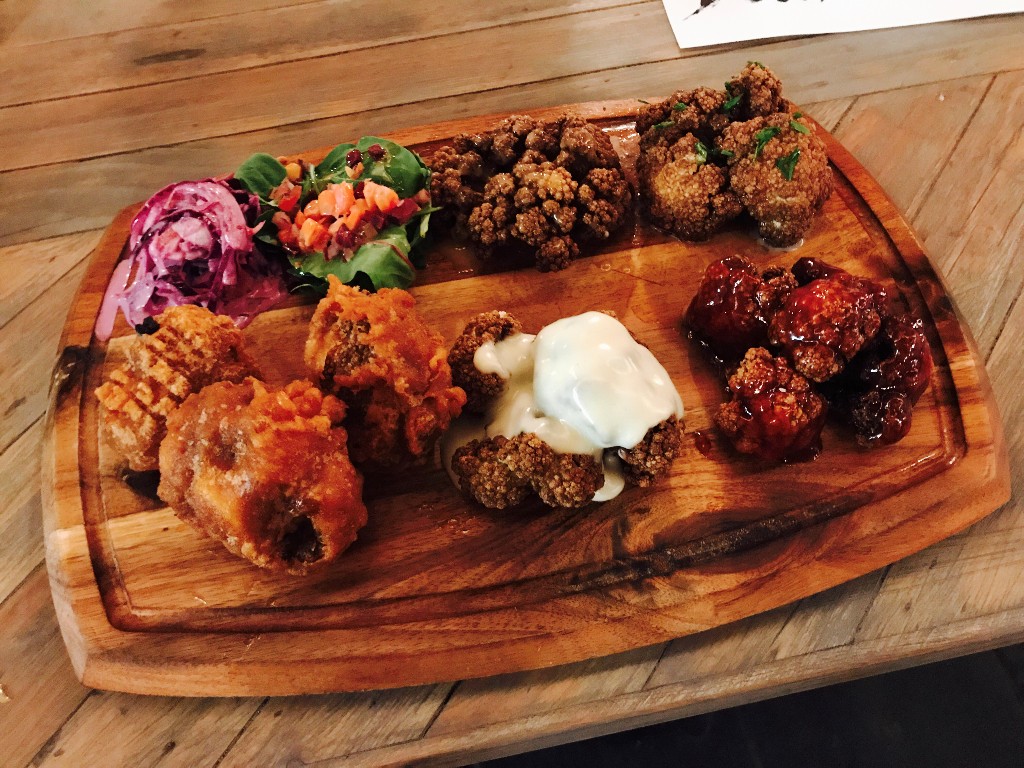 All in all, Down The Hatch was a wonderful experience and it’s not the kind of place you’ll just come once. In fact, half way through our cauliflower 5 ways we were already planning our next visit. We promise this place isn’t exclusive for vegetarians or vegans, it can be enjoyed by all and if that doesn’t convince you they’ve got a pretty killer cocktail list that is worth visiting for alone. Try the “Sloe Rose Spritz” = sloe gin, raspberry liqueur, rose Prosecco and cranberry. Doesn’t that sound just dreamy? We are delighted to announce cardholders can get 15% off the total bill, every day of the week.