Gather round everybody, it is time for a history lesson.

Coffee: you might drink it every day but do you know how it was discovered? In the hills of Ethiopia there was a goat herder who, whilst enjoying the view, was not aware his goats were eating these cherry-like beans. When he took them back to the village they’d move and groove all night from the effects of the caffeine. It was like a weird goat rave party and they were known as the “dancing goats”. He went back the next day to find out what it was… and the rest is history. Coffee is so deeply embedded in Ethiopian culture that their traditional ceremonies are what inspired Kim and Keeley to open up shop. Guests would be welcomed into each others houses and have fresh beans roasted and wafted in front of them in order to have a salvia inducing effect. The beans would then be ground by hand and filtered in a fantastic device called a ‘Jebena’ a more edgy version of a tea pot with a side of popcorn – the Ethiopian version of tea and crumpets. It was that togetherness and welcoming that was the inspiration for Baltic Triangle’s new kid on the block and we just had to try it. 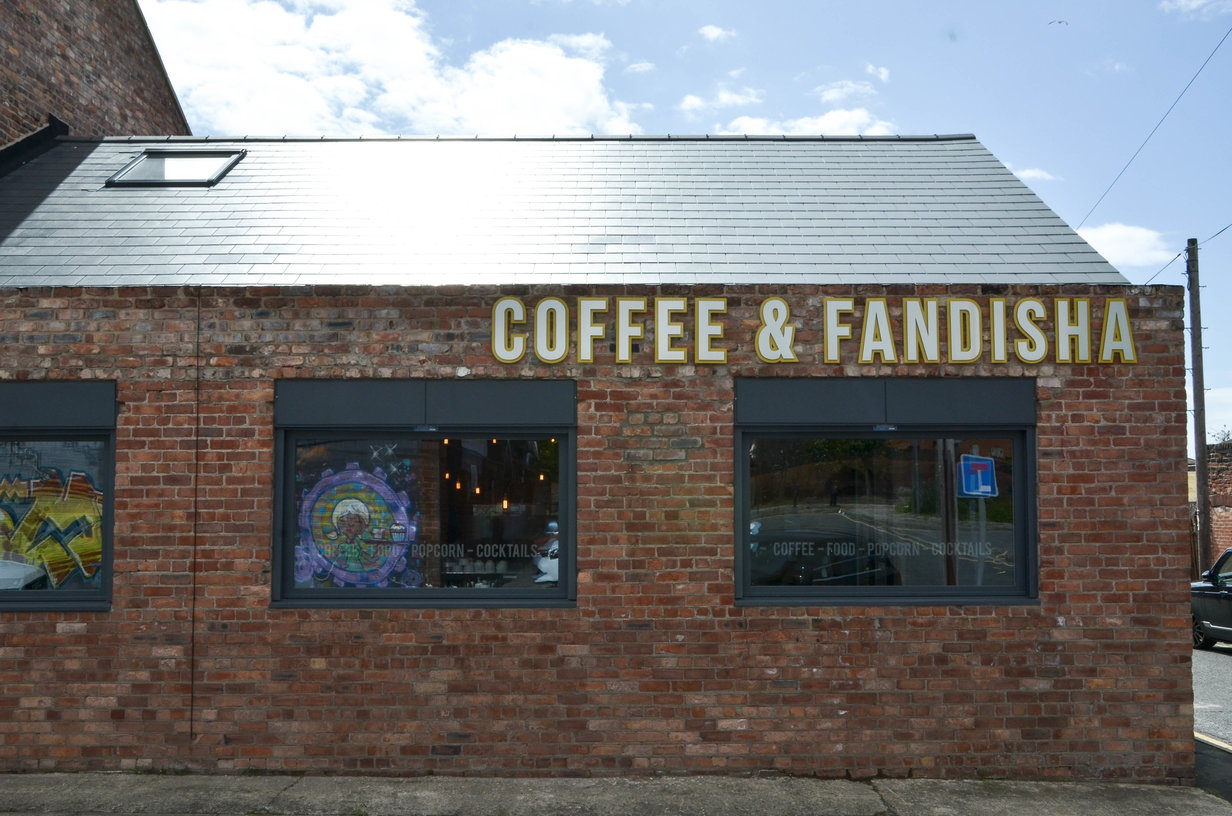 There’s something so very Grand Theft Auto about Baltic Triangle. You can walk street after street and see building after building with only a handful of them having their doors open. In a sense, this probably adds to why the Baltic area is so special as there is a reason why you’ll want to walk into the ones allowed. Hidden gems that might be seen out of the corner of your eye but definitely deserve a place in your heart. Whilst walking up Brick Street you’re confronted by a couple of things: derelict buildings that look as if they were once rife with port work as well as a gleaming view of The Cathedral. White chairs outside were the only sight to disrupt our mirage of industrial desert and what we happened upon in the process was a little glimpse of salvation; our metaphoric bottle of water in the desert. Coffee & Fandisha is the name, an Ethiopian inspired coffee house which, we’ll save you the Google, translates to Coffee & Popcorn. 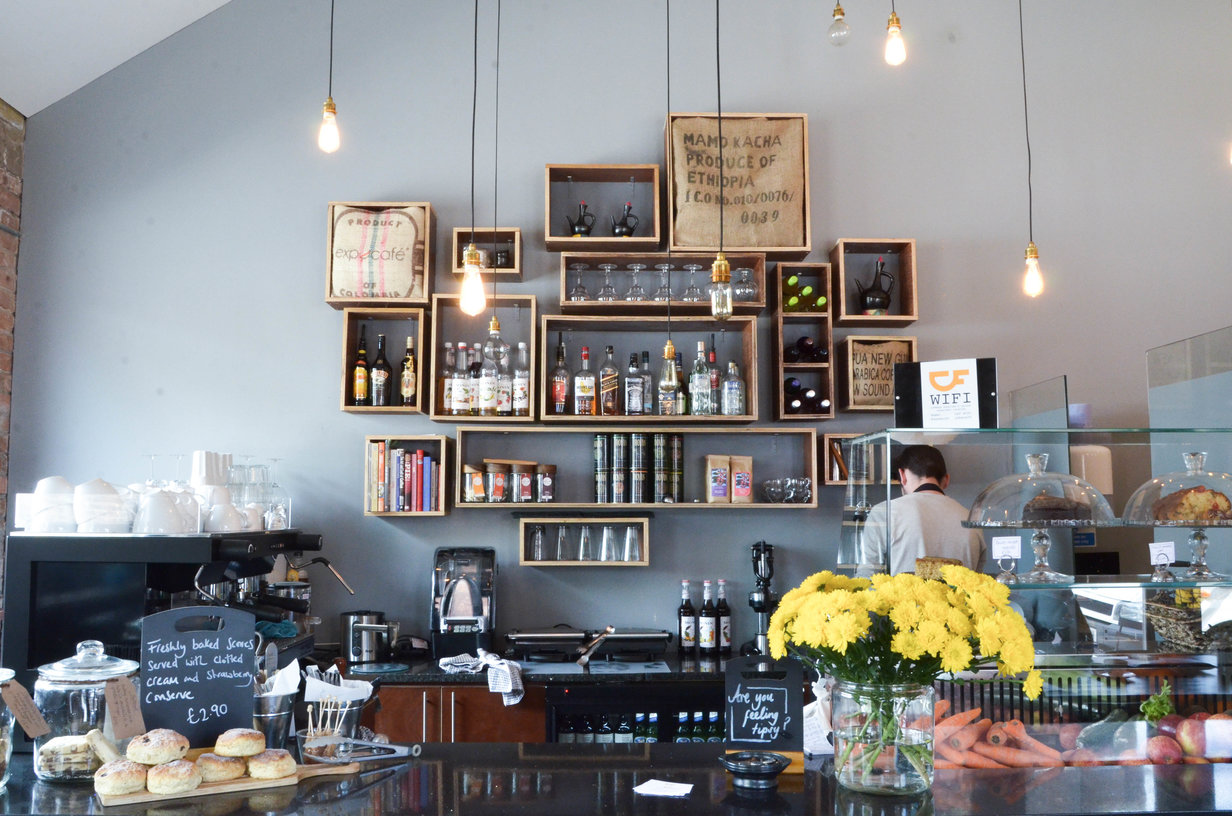 Coffee & Fandisha have travelled to the place where coffee was discovered and brought it back in an attempt to help you discover something new. It is a modest space but what it packs into the square foot is what you’ll return for. The exposed light bulbs hanging with slack wires beetling from the roof has become a bit of an expectation in the independent scene but there is something that stands out about their display. All different shapes and sizes, they find their own harmony together but watch out as your coffee might run cold as you try to find the perfect Instagram snap. Between the exposed brick, lighting and wood work, there’s a refreshingly honest purpose to their interior, the look and feel is a derivative of intention, not a lazy builder. It is modern, clean and sleek and fits perfectly into the plethora of Baltic independents. The acoustic playlist that was on slipped softly out of the speakers and echoed off the exposed brick and encouraged an hour of slipping in and out of daydreaming. Deadlines, returning emails and all that other nonsense seemed to have been left outside with the chairs that first stopped us in our tracks and we’re as relaxed as the wires holding the bulbs. 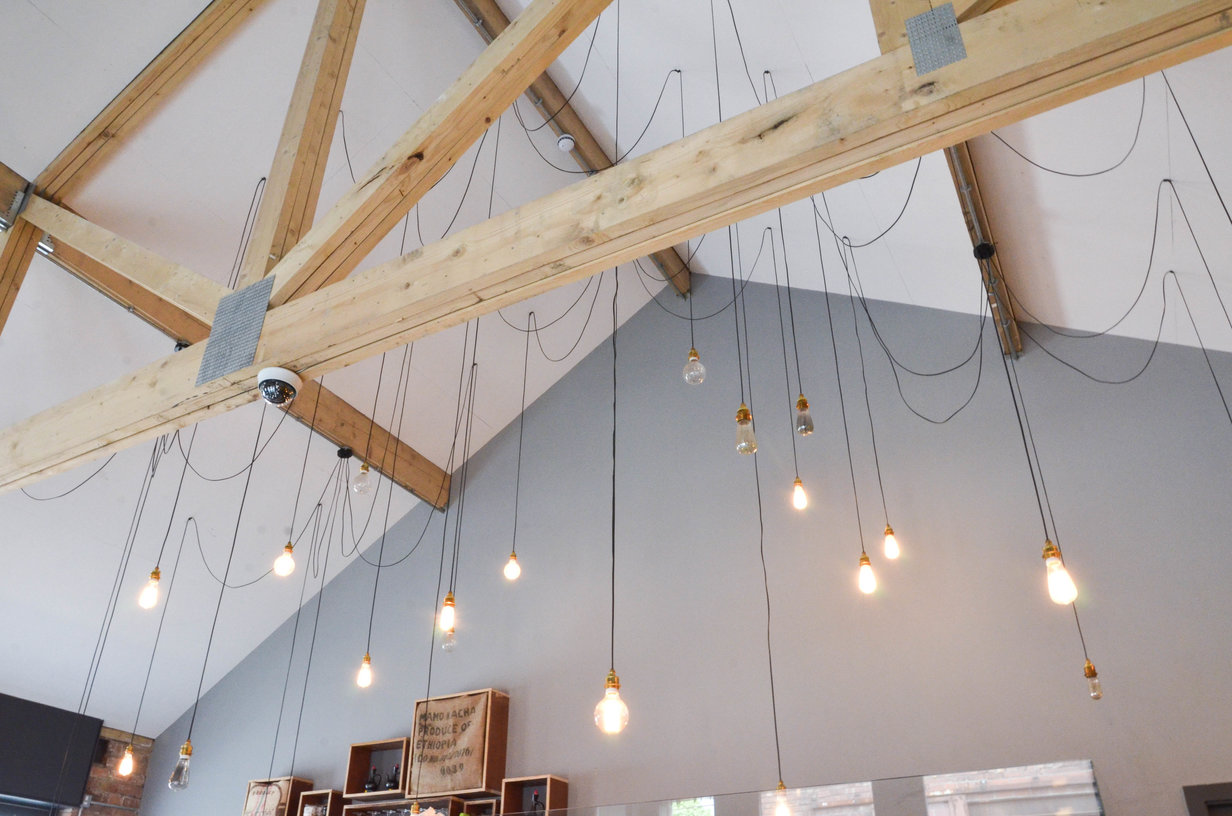 As well as coffees, they have a whole host of other drinks from homemade healthy smoothies, fresh homemade pressed juices and hot chocolates with over 80% pure cocoa in. One of these and you’ll be ready to conquer the world for a good few weeks. There is a big focus on health, the specials may change every day but the fresh salads and their vegetarian take on a full English is not to be missed and their toasties with fresh salad and coleslaw are also a perfect way to spend lunch. There may be a big focus on health but that doesn’t mean there can’t be cake. Fresh homemade cakes cover the counters making them impossible to resist and after that healthy lunch, why would you? Kim, who originally hails from Ethiopia and Keeley, who has spent a lot of time in some of the best independents in London have been good friends all their lives. With backgrounds in hospitality and interior design, they decided to bring their skills together and they both protest they couldn’t have ever done it with another person. Coffee is not just a drink to them, it is far more serious than that. 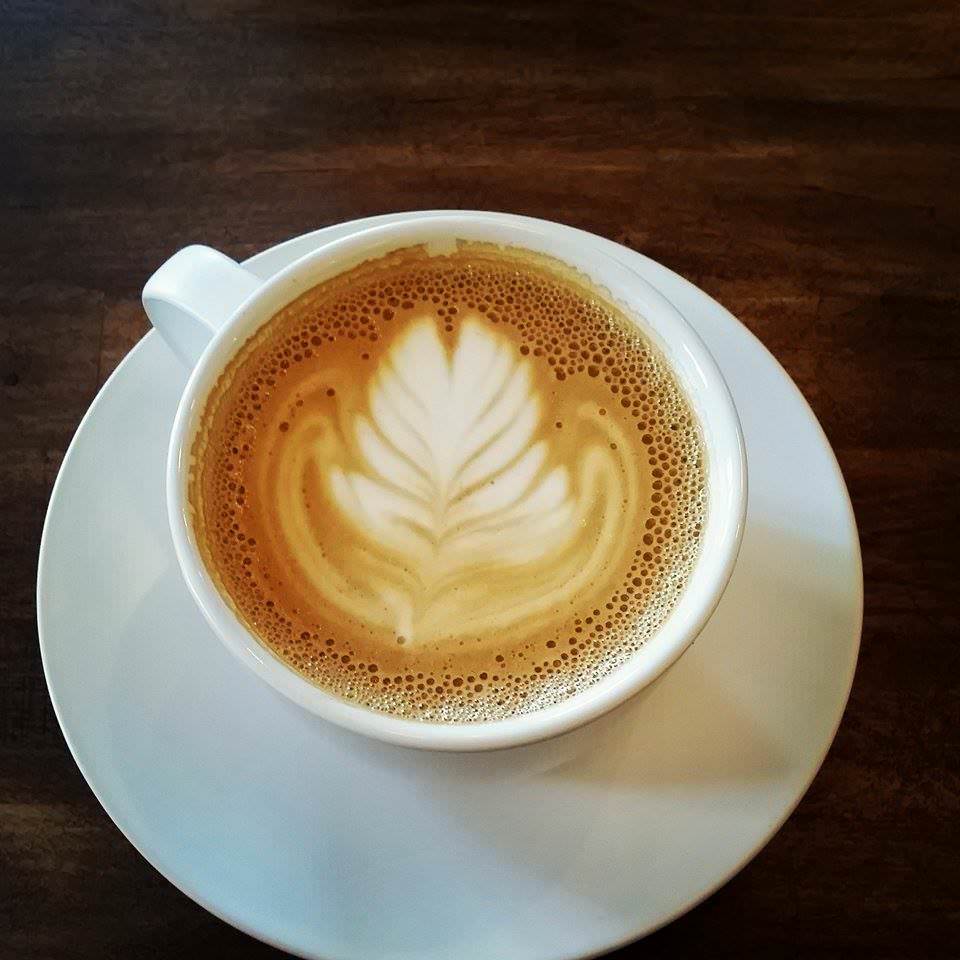 We harp on about the brilliance of the Baltic Triangle but we realise that their success is a double-edged sword. The more Coffee & Fandishas there are, the more attractive the area becomes and before you know it supermarkets and student flats take over. It is sadly the cycle of gentrification and whilst we all anticipate it, we’ll be back to Coffee & Fandisha a few times a week for a flat white. Half because of the taste and half because of what the place symbolises to the liberal in us: autonomy in its most precious and delicious form. Cardholders will be happy to know they can head down and get 10% off all week (they’re closed Sundays).