The word independent is multifaceted. Everyone has their own definition of it but I think we can all agree it has just one shade, and it is all grey.

One glance at the grand building on Duke Street that Il Forno calls home and you’d almost assume they aren’t independent. People hold the predisposition that if you aren’t rocking shabby-chic, if all your furniture matches and the hand wash in the toilet dispenses electronically rather than manually, you aren’t independent. This simply isn’t the case. The Times deemed Il Forno as one of the top 10 Italian restaurants throughout the whole of UK and whilst we haven’t ever been lucky enough to travel to the boot-shaped land, Il Forno has brought a little bit over that would satisfy any tongue. Il Forno offers a true taste of Italy; combining generations of authentic recipes & classic Italian cuisine, with a modern twist. From speciality pasta to signature steak, grilled on the Josper, to award-winning wood-fired pizza – every dish has its own unique story. 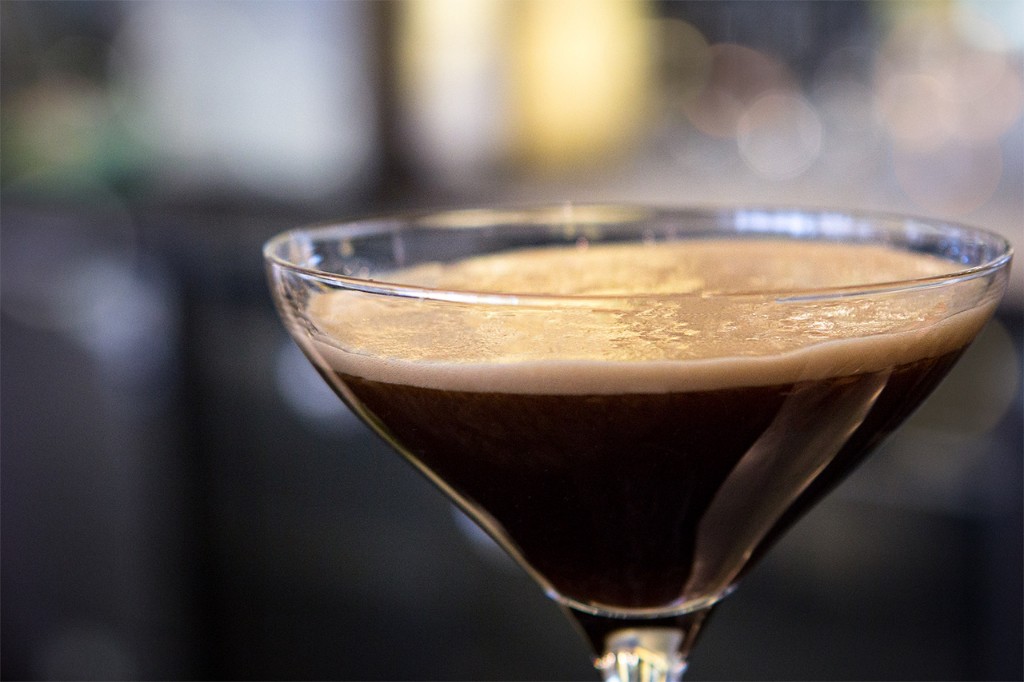 There is almost a Little Italy within the corners of the restaurant. Near enough all the chefs and waiters are Italians living in Liverpool, bringing a sense of authenticity to the table. The waiters and waitresses are obviously meticulous in their presentation, partly due to their job description, partly due to pride. They’re also fantastic at portion control, they’ll never let you leave hungry. Whenever we ever try make pasta we might as well invite the whole road over as we can never quite get those measurements. This should go without saying for any Italian restaurant worth its sauce but pasta is freshly made every day, as well as all the doughs for the pizza. When we opened the menu we were actually pleasantly surprised to look at the prices, an artisan Italian craft beer hand selected with a pizza wouldn’t set you back more than £10. Over time this could quite easily accumulate to a bigger waist and smaller bank balance so just make sure you cut the slices into four rather than six. Every restaurant has some form of centre piece, a talking point amongst friends or something to fill up awkward silences for first dates –  Il Forno chose an impressive woodstone pizza oven as theirs where the pizza is cooked in the mouth. 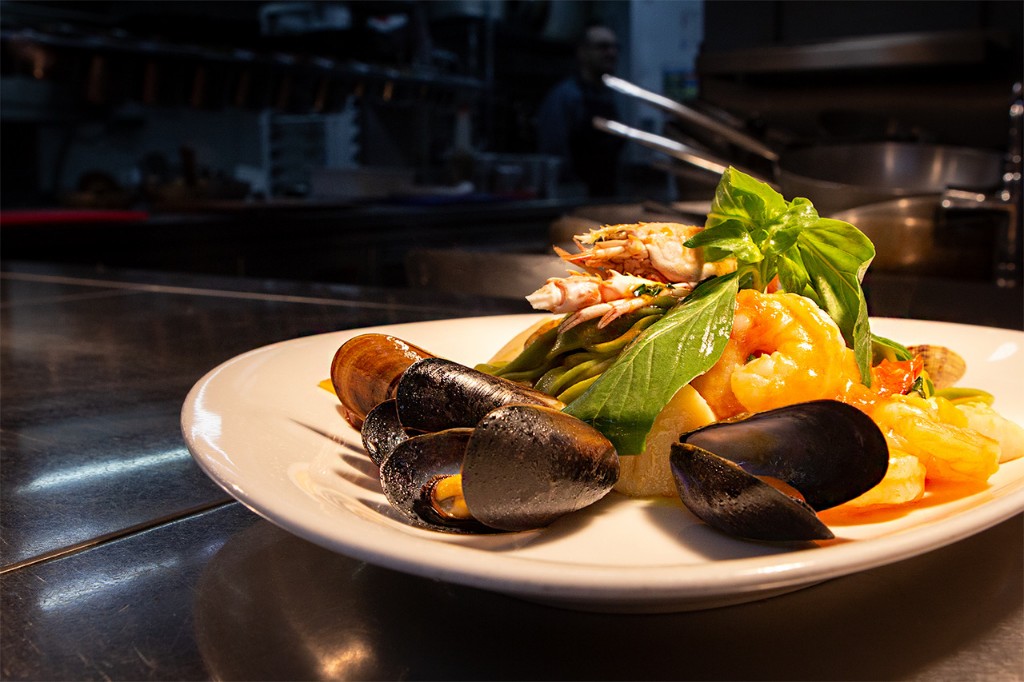 Everything on the menu sounded delicious and before our imagination and the consequential salivation became too much, we let our waiter decide our meal. We started with an Antipasto- there’s something very Italian and Liverpudlian about friends sitting around a table tucking into a platter of cured meats, fresh cheeses and grilled vegetables. It is ingrained in both cultures. For our mains we went for a whole fresh lobster caught just a few days previous, served with their fresh pasta in a classic Italian sauce with cherry tomatoes. The fish was very delicate, quite meaty in texture with a subtle fish taste throughout. It can be very easy to overshadow lobster with powerful ingredients but this sauce lifted up all elements of the dish whilst paying respect to the lobster. Steak is such a delicate meat, take it off the heat too soon and it looks barely caught and too much it tastes like an old boot. We had confidence in the capabilities of the chefs so went for a fillet steak with all the trimmings. We were giving a steak knife prior to it arriving but truth be told we probably could have sliced through it with a plastic one. It melted like butter in the mouth and is up there with some of the finest red meat we’ve had the delight of tasting. 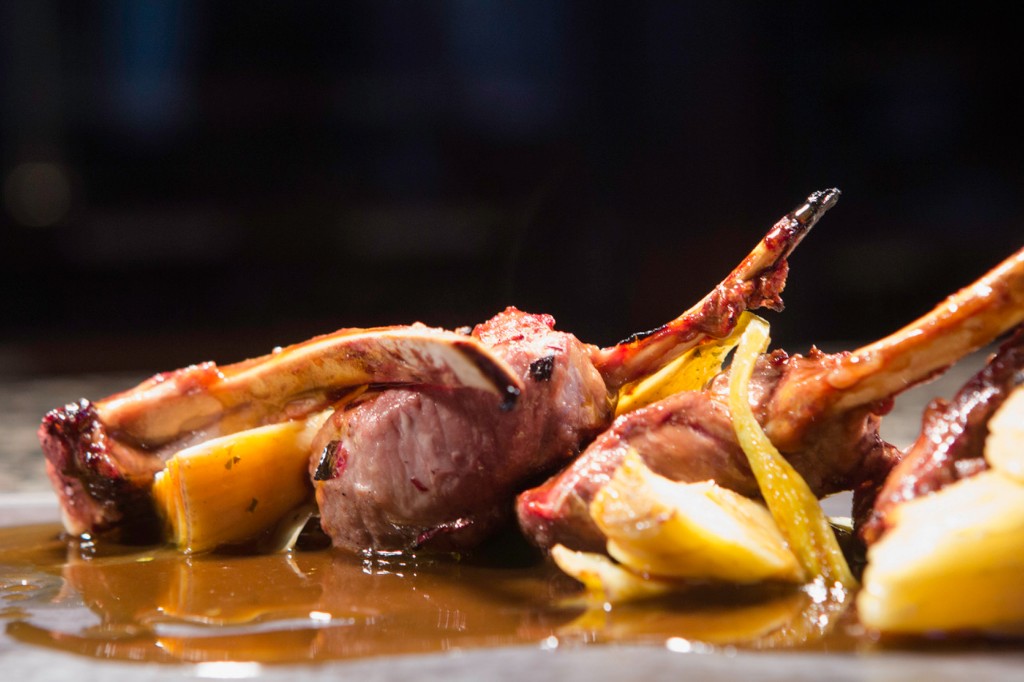 The incredible food, service and beautiful setting aside, what we like most about Il Forno is their passion. From the top to the very bottom, every single individual involved with Il Forno is an absolute foodie and the language and way they articulate themselves to discuss the quality of their ingredients, the lengthy but taste worthy processes they go through everyday and just generally their overarching ethos is inspiring to hear. Their gelato or pizza sauce may be an Italian recipe passed down through the family but they make it with Liverpool ingredients and the same goes for near enough all of the menu. Their butcher is based in Huyton, their fruit and vegetables from a local grocer down the road and some of their fish from a local fisherman who brings in his latest catch off the coast of Southport. Over various flavours of their homemade gelato, we couldn’t help but conclude that from start to finish, Il Forno is an experience. It is curated towards the foodie that is in all of us and is the amount of high end food without all the snobbery usually attached to it. Cardholders receive 20% off the A La Carte menu all week. Whilst this profile is just a little taste into Il Forno, make sure you head down as the next mouthful is all yours.