What To Do This Halloween in Liverpool

Halloween; the time of year it becomes acceptable to blast out Monster Mash, sneak pumpkin into near enough everything and cover a whole apple in toffee and still deem it as one of your five a day.

From bingeing on the sweets that didn’t quite make it to the trick or treaters, to the moment you turn the big light off and light the candle in the pumpkin to illuminate your masterpiece, gore blimey it’s a good time of year. We’ve decided to compile a list of things to do this Halloween for the people who can’t get away with trick or treating one more year. There’ll be fun for all the family, parties until the early morning and also some events you won’t want to miss out on. Don’t worry, we know what you’re thinking and yes there will still be time to watch Hocus Pocus.

Celebrate Day of the Dead

Lucha Libre is a favourite haunt for most of us but just downstairs there is a far more haunting presence called Maya. Inspired by the Mexican spirit surrounding Dia de Los Muertos, that translates to ‘Day Of The Dead’ for all you non-bilinguals, Maya is all about celebrating the taboo of death in their dungeon-like bar where the only light is candle and the occasional neon, just be sure not to walk towards it. They have a dead movie and rock stars event with free entry and £5 cocktails that you just can’t miss, the hardest decision is deciding who to go. Forget Mexican waves, there’ll be Michael Jackson Thriller moves going down. More details here. 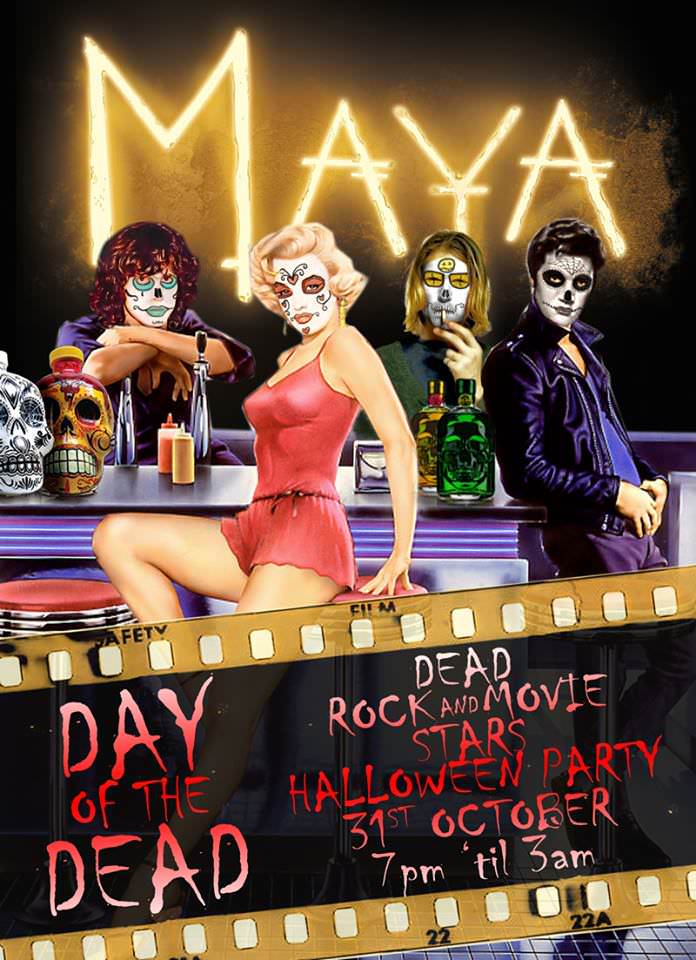 Remember the simple days where imagination turned a roll of toilet paper turned you into a Mummy and a regular old stick turned you into a witch? Not anymore! Head to Lili Bizarre to pick up your outfit whether you’re trick or treating, boogying on down or having a house party. We recommend dressing up as a skeleton if you have no body to go with (get it?). You get 10% off with the card so don’t forget to flash it. 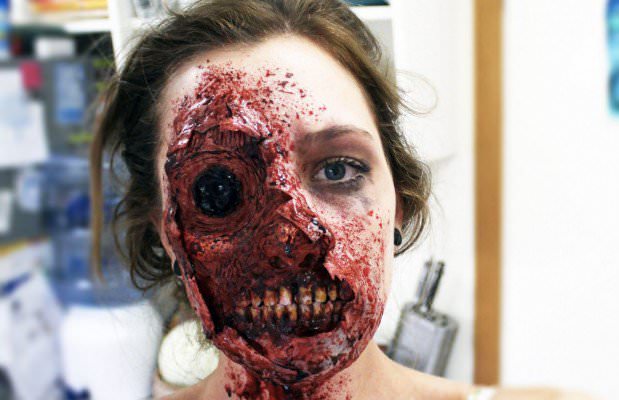 Take a Journey Into Hell

Winston Churchill once said that “when you’re going through hell, keep going”. He had obviously not been on this journey. Shocktober will be hosting tours of 20-30 people will walk through St. Georges Hall, guided through the pits of hell where you’ll come across demons in the darkness that’ll have you screaming for help. Sounds like fun if you ask us. Adults only, tickets here.

Room on the Broom is coming to the Everyman from the 28th to the 30th of October. Join the witch and her cat on their journey as they fly happily until a strong wind blows away their possessions. She seeks help from a daft dog, a beautiful bird and a friendly frog in this family fun tale live at The Everyman. Tickets are between £9 and £12, get them here.

Halloween wouldn’t be fit without some toxic potion bubbling away where the serving measurements are cauldron size. We’ve had a word with the head cocktail connoisseur at Jenny’s Bar, Joe Wild, who just recently won the prestigious UK Monin Cup for his cocktail prowess. He’s created one especially for us called ‘Beetle Juice’, here is the recipe:

If you’re old school, do it without the alcohol and let someone else spike it at the party. 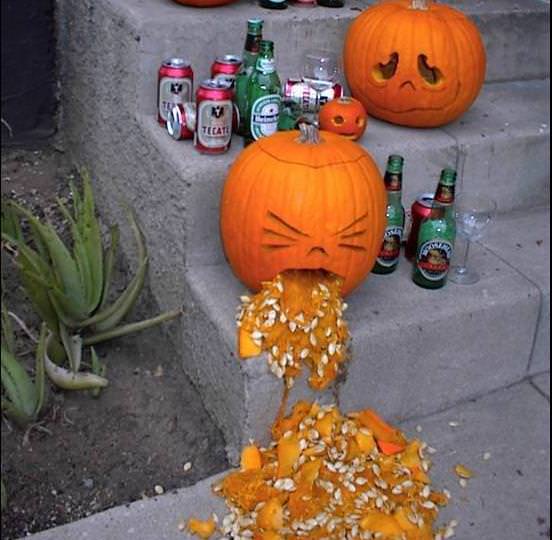 Go On A Shiverpool Tour

Mary Coffins and Chilla Black are gearing up for their biggest week ever as they take you on ghostly tours with chilling facts around Liverpool’s vast historic buildings. Jump on their bus if you dare and prepare to be scared. As well as being incredibly entertaining, the tour is also very informative so hopefully  Check their Facebook for available dates, tickets are selling fast

If you weren’t lucky enough to make it to a prom, Aloha, on Colquitt Street are creating their very own version of The Walking Dead. There’ll be no courtesy corsage or limousine at this prom, there’ll be special makeup artists to accompany their special Halloween drinks menu and so many shots you’ll wish you were actually dead the morning after. It is £3 on the door or free if you’re dressed up. They’ve teamed up with the guys at Deadfest and doing a special deal here 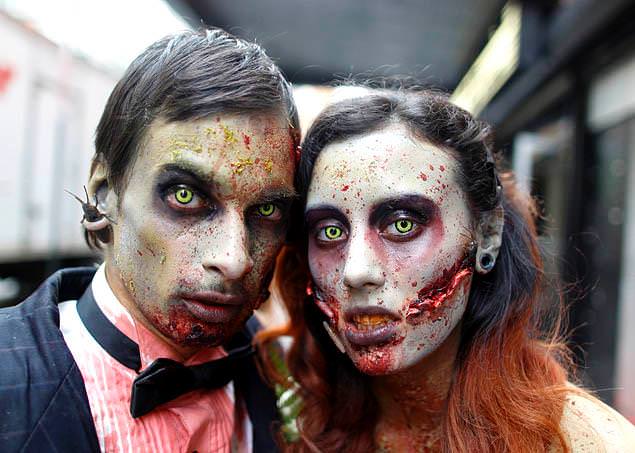 Have a Go at Pumpkin Art

Like the team of men who carved Mount Rushmore, we want to see the artistic in you come out. Not only will you impress your friends but you can make soup with the rest of it! Tweet us what you come up with and the winner will win a free meal on us at Lucha Libre! Here’s one we made earlier: 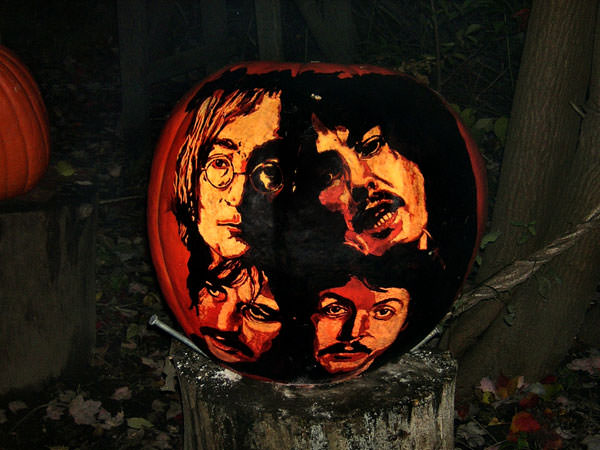 On the 1st of November the Lantern Carnival returns at the fantastic Sefton Park beginning at 6.00pm. Workshops are being held at the Old Police Station, Palm House, Gateacre School and many more places. Book your workshop here so you can start designing your lantern. The Lantern Company’s team of exceptional artists make beautiful art, that transforms spaces and illuminates a world beyond the imagination. More info here. 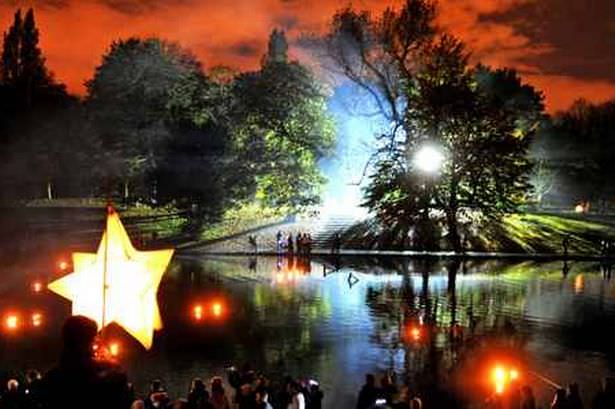 We spoke to Mrs Cupcake herself, Laura from Laura’s Little Bakery who bakes out of her home for a large majority of Liverpool and the football team. These cupcakes are so good that there isn’t a chance a trick or treater will get their hands on one but bake more if you’re feeling generous.. Here’s her recipe for pumpkin spiced cupcakes with salted caramel and treacle toffee:

Top with a homemade piece of treacle toffee, here’s what you need:

Here’s how to make it:

Hopefully you’ve found something nice to do whether you’re leaving the house or staying at home this Halloween. If you need anybody to sample your cupcakes or cocktails to make sure they’re of the highest quality, you know where we are.