The Ultimate Guide To Record Store Day In Liverpool

Kids, fancy a history lesson? In a land far, far away there was a time when the only way to listen to music was to remove huge frisby-looking objects from their well kept sleeves and to put them under a mystical looking player with the steadiness of a surgeon and hope you didn’t scratch it. There were no iPod’s, no Spotify and no earphones to aid you from talking to anyone. In the 1980’s there were more than 2,200 record stores in the UK, but the advent of music downloads on the internet has seen shops close, shutters pulled down and owners re-train. But that was then. Vinyl has made a comeback and risen out the ashes like a phoenix.

Record Store Day comes but once a year but thanks to a dedicated few, it is a ritual that the people of Liverpool can rejoice in whenever they please. Held on the third Saturday of April each year to celebrate the culture of the independently owned record store, the day brings together fans, artists, and thousands of independent record stores across the world. Here’s a list of places to visit and things to do this Saturday (21st April) in Liverpool:

Enter Jacaranda, a cornerstone in Liverpool’s music scene that famously hosted The Beatles when they originally met. The Jacaranda Club and Record Store Day UK are two institutions that were always destined to collide – as one of the cornerstones of the Liverpool music industry for almost 60 years, the whole concept of Record Store Days feels like it was almost created with us in mind.

They will be partnering with ticketing website Skiddle who will be live streaming some very special immersive performances from both All We Are and Jalen Ngonda. Throughout the day there will be a huge selection of some of Liverpool’s best emerging talent. Expect 3 floors of almost 15,000 vinyl to dig through and discounts on last year’s RSD stock. All info here. 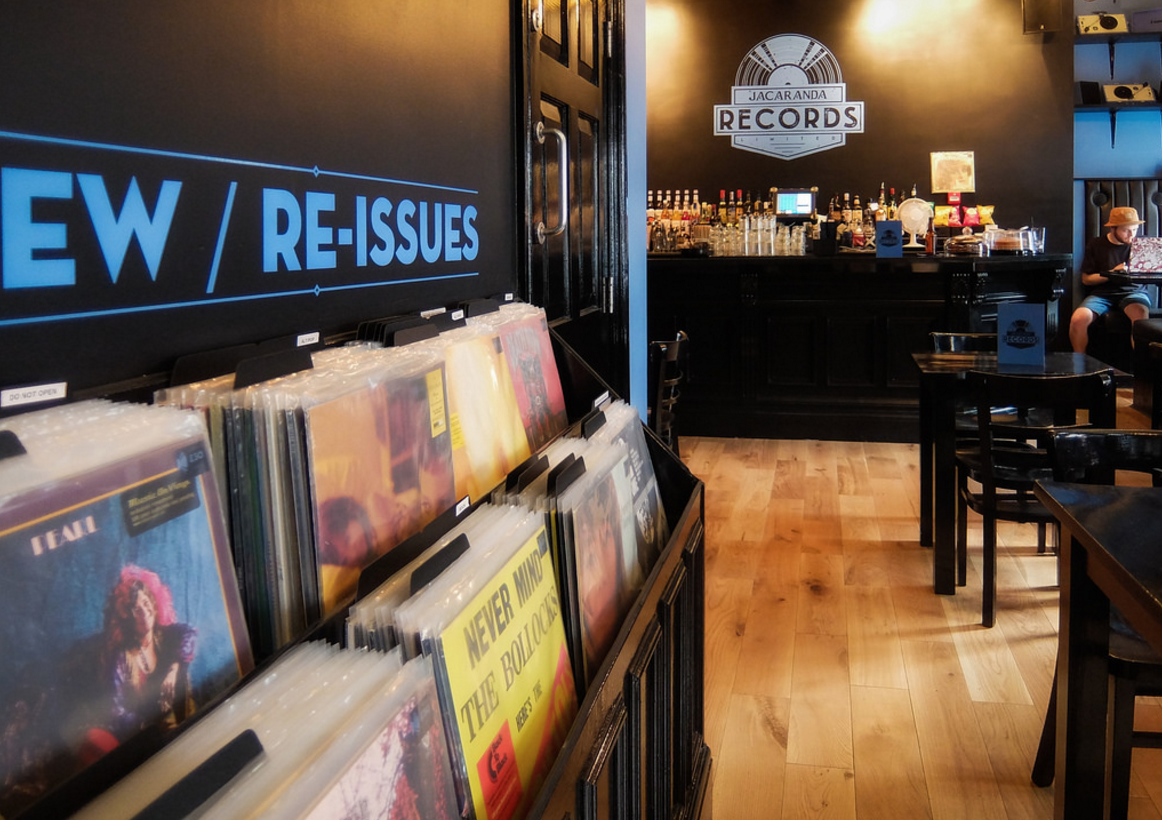 Dig Vinyl’s inspiration to open up was to rage against the machine, to offer a physical record shop in a city steeped in musical history. It doesn’t have a shop front, you can’t just stumble upon this place, you have to be in the know. It opened its “doors”, so to speak, to the public on where else but Bold Street? They’re located in the basement beneath Soho and truly define what it is to be a hidden gem as well as ironically stocking a shed load of them. They are more than just a retail shop, they are a source of knowledge in their hub for those who love music in which they offer like minded souls a step out of the frantic world to discover new music. 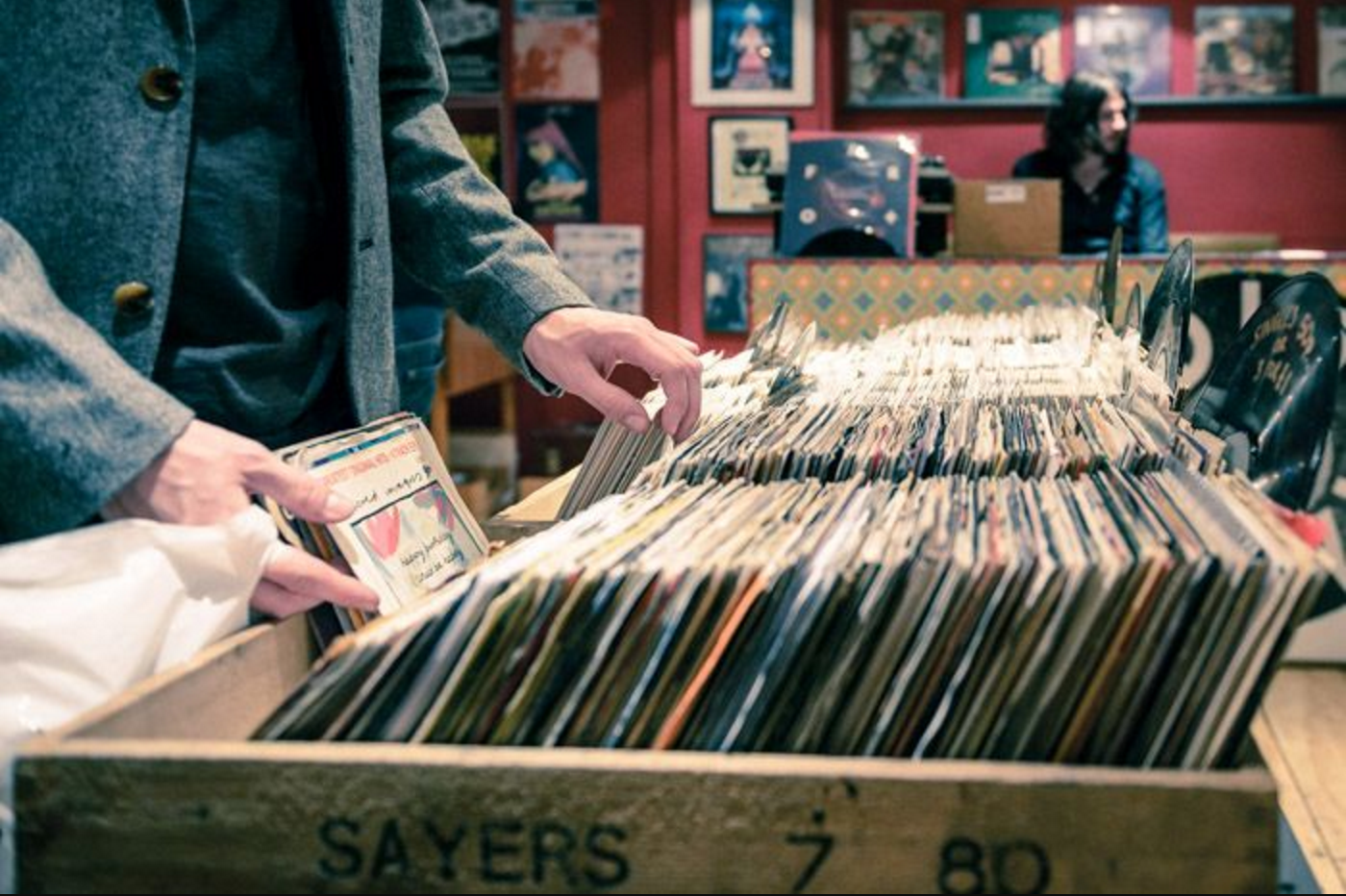 When you talk about places with a cult following, Probe Records always come to mind. A compact music store, established in 1971, selling vinyl LPs and singles, CDs and T-shirts. Sounds normal, right? You’re so wrong. Throughout the decades, near enough half of Liverpool have a memory from Probe Records and more often than not is a fond one. It’s old school in Probe, and people like it that way. There might not be a big red ribbon to cut or some confetti to sling but any visit to Probe is special. 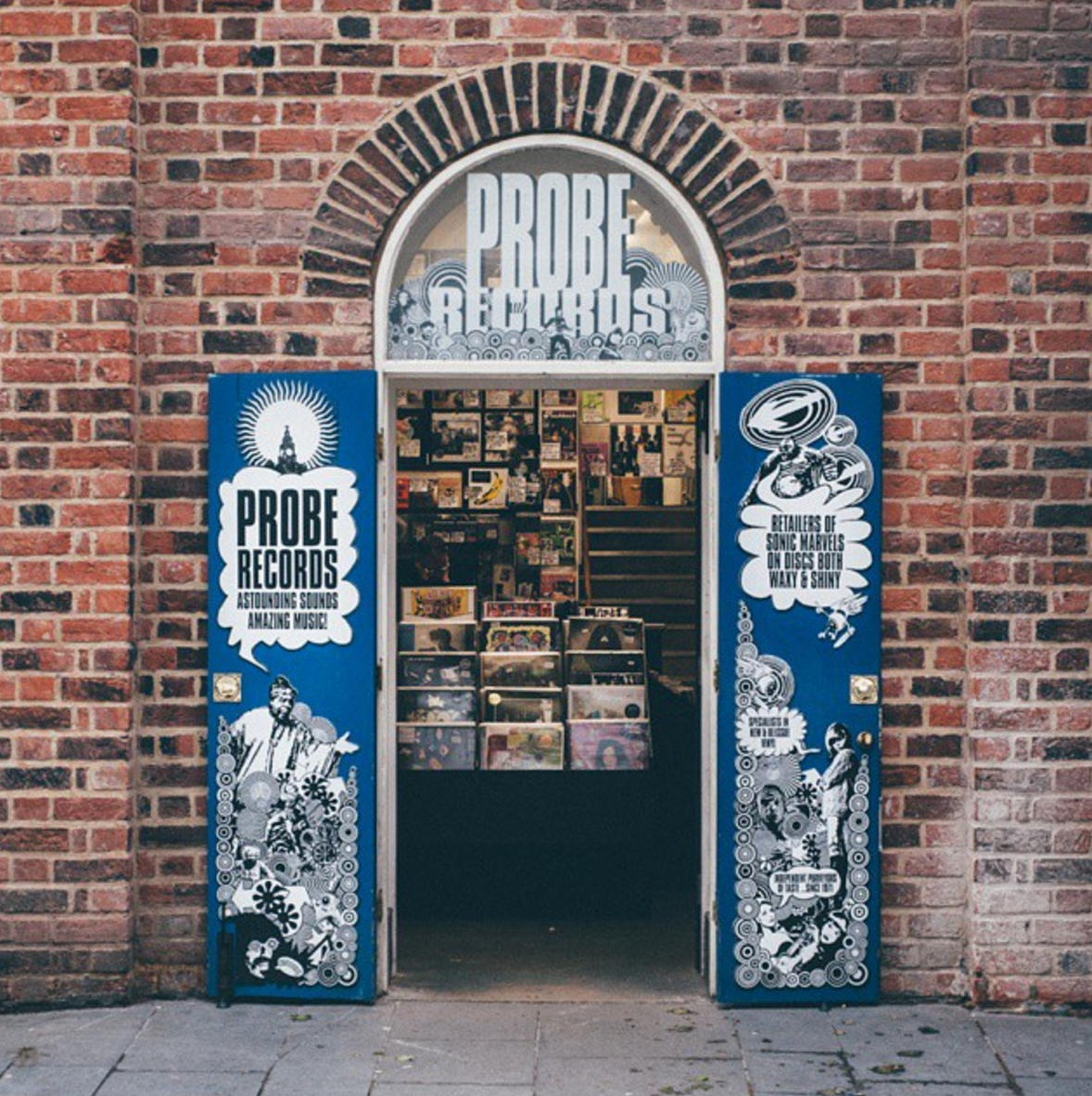 Buyers Club is the definition of a hidden gem. So much so, that Google Maps didn’t even have a clue what we were on about when trying to find it. It is just beyond the Old Blind School, a narrow corridor of nothingness that doesn’t look like anything special. But, how often we’ve found that down these unassuming roads we come across the most special of spaces. To celebrate this year’s Record Store Day, they will have DJs all day, stalls with various £1 7inches deals as well as listening booths. If that doesn’t sound inviting enough, they will also have loads of sangria jugs going out for the sunny weekend. 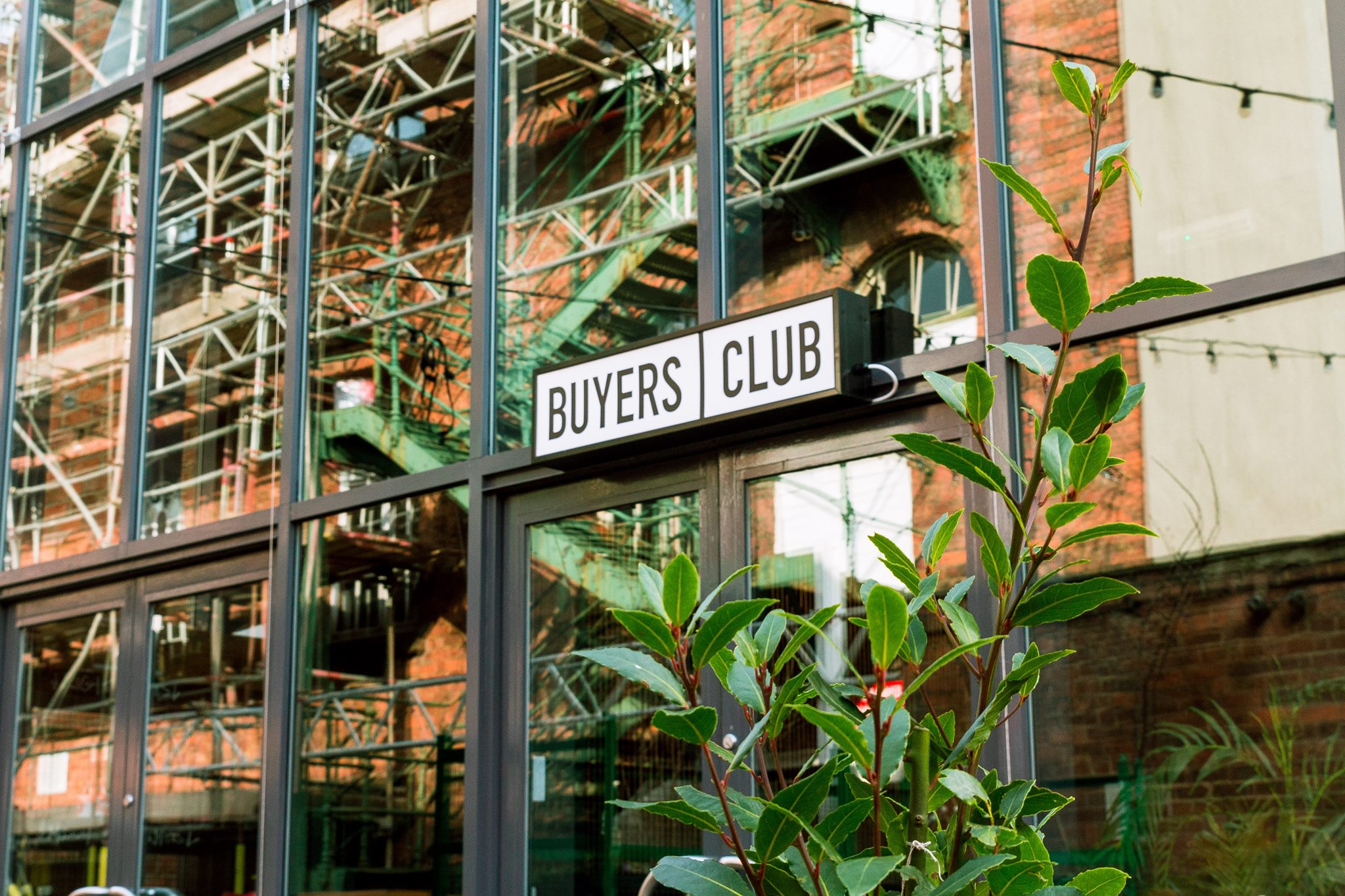 81 Renshaw will be opening their doors at 7.30am to serve teas, coffees, bacon butties and veggie sausage sandwiches. With the Venue Space Market Place open from 8am for all your RSD needs. They will also be having live entertainment throughout the afternoon as well as stocking a huge selection of limited edition RSD releases. More info can be found here. 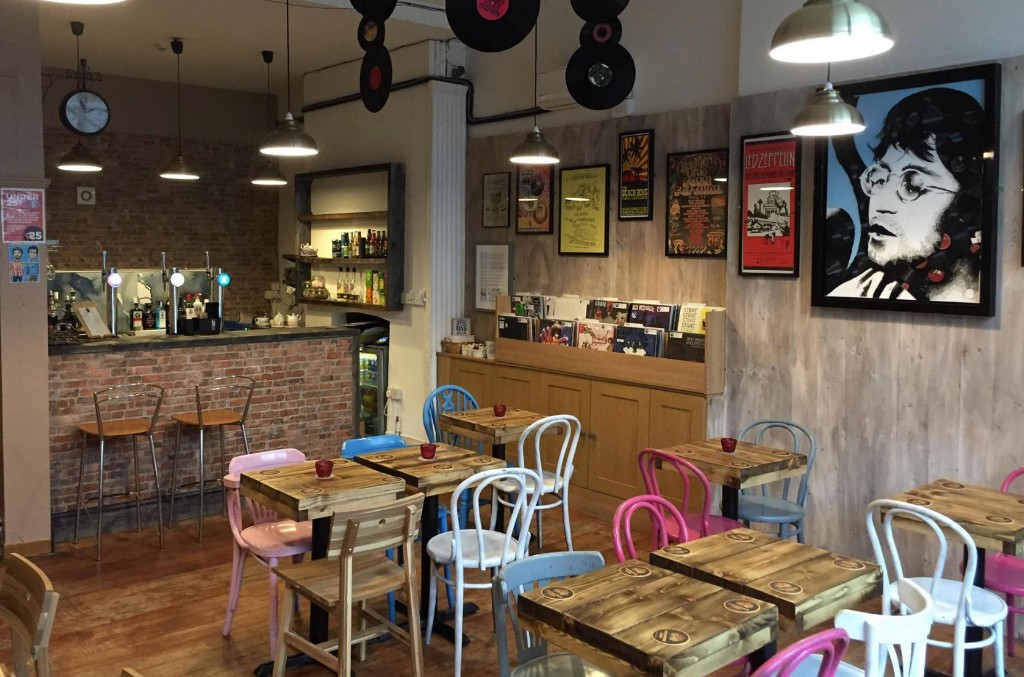 This is Defend Vinyl’s very first year participating in Record Store Day. As well as a large selection of RSD titles, there will be a 10-20% sale on all used vinyl. In the evening, Defend Vinyl will be joining forces with our neighbours Craft Taproom for a free RSD Party, with Defend Vinyl DJs vs DJ Howl at the Moon & a mini record fair alongside all the best beers Craft Taproom has to offer. 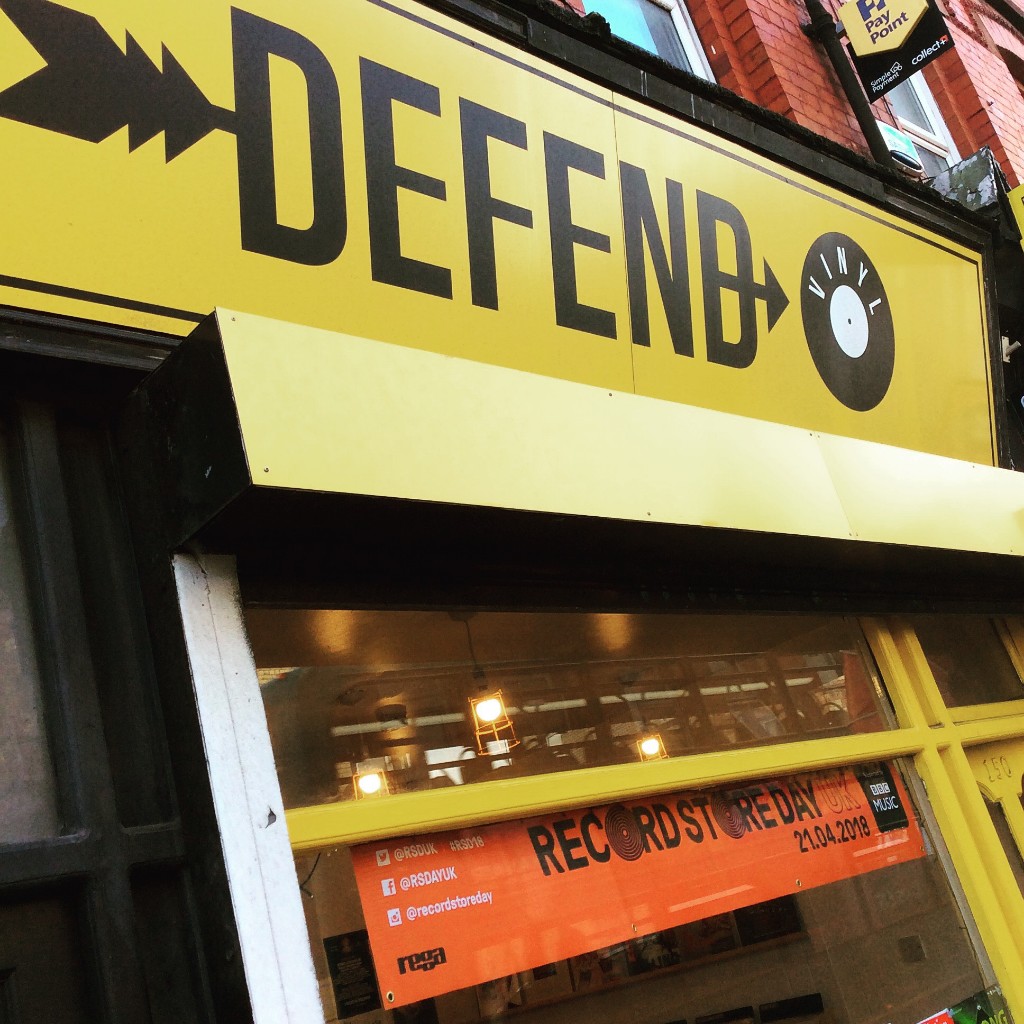 Not technically on Record Store Day but still definitely worth checking out. Come one, come all; come get your local fix on fresh wax, dope garms and Sunday soundtracks with the first Melodic Distraction Independent Record Fair. Taking place on Sunday 29th April at Constellations, Melodic Distraction and On the Corner are transporting you into tomorrow’s music scene, with a melting-pot of creative workshops, pop-up food stalls and independent record labels. Local music will fill the day, with the venue coming alive to sounds from across the city. Your favourite music stores and record labels, DJs and private sellers all under one roof for a solid Sunday of food, music and good chat. It’s only two quid in, so go spend that pay check, baby. 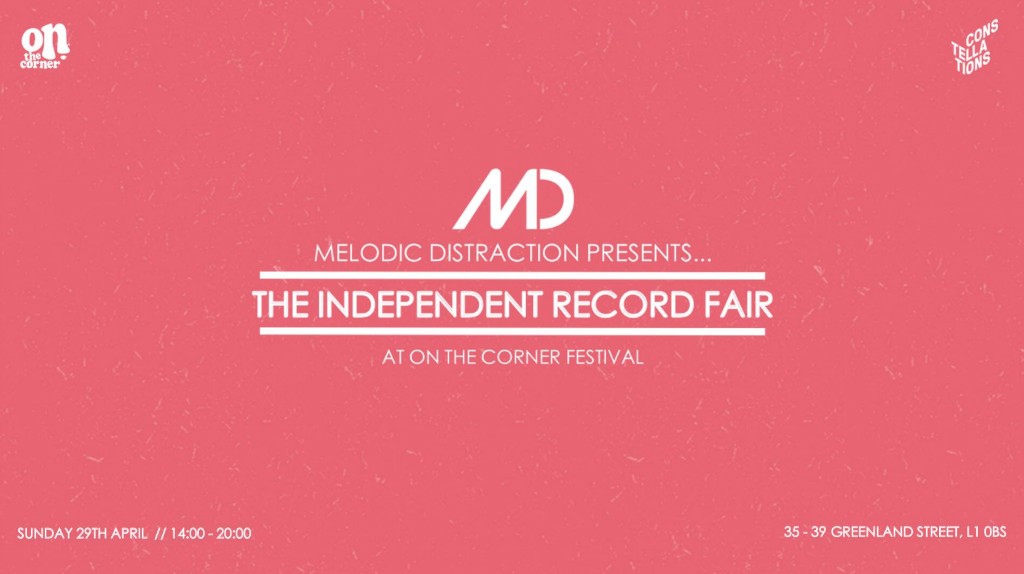