10% off lunch and afternoon tea Monday-Friday and 10% off the a la carte menu Monday-Thursday.

“Ask not what you can do for your country. Ask what’s for lunch.” – Orson Welles

Whilst much attention and gratitude is paid to Bold Street and other areas oozing that certain bohemian vibe and culture that you never see but can definitely feel, Hope Street has quietly gone through a renaissance over the last few years. The beautiful Georgian inspired quarter defines elegance and the plethora of fantastic eateries, boozers and playhouses aren’t bad either. The London Carriage Works is no different and although people assume winning multi-awards would result in a pretentious facade, that very sombre statement couldn’t be further from the truth. 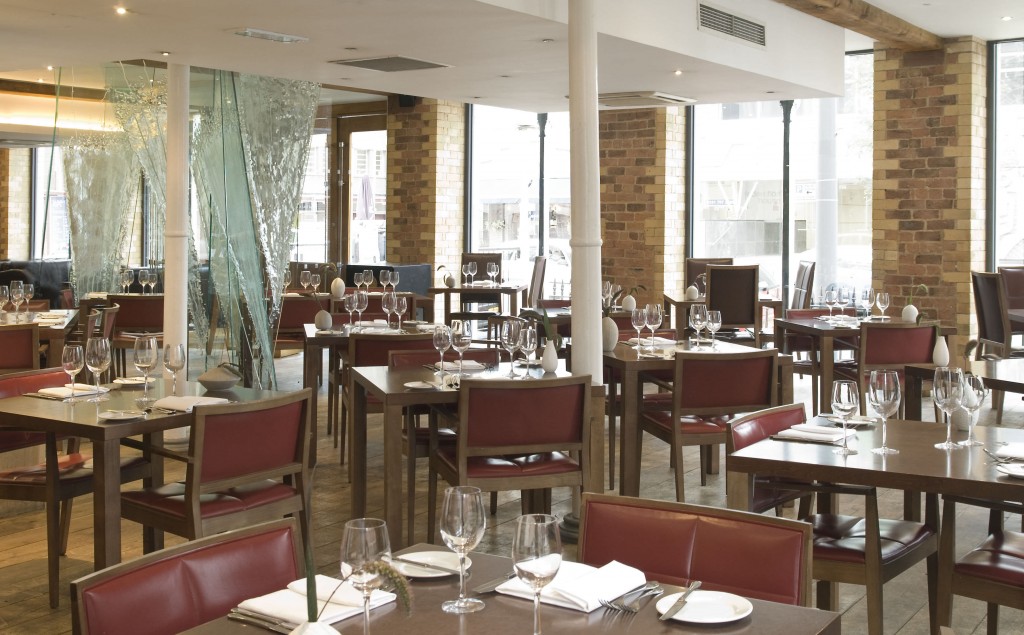 Whilst doing some external renovation next door at the Hotel, they were doing some stonework where they uncovered some words. We imagine it to be like a deleted scene from an Indiana Jones film where people in the room crowded together and a designated dust blower swept away the mystery to unveil their very own destiny. The original company was a coach and carriage builders built in 1866 and London Carriage Works decided to be respectful to their elders and plan to continue on the family name but with their own twist. Upon first stepping into TLCW we noticed it had a very simple decor, no violating neon signs outside ushering people in, just sheer elegance personified as every aspect of it was crisp. The architecture of the centre-pierce in the middle of the dining room is a striking abstract display of huge shards of glass that although look like they’ve ended up there by some weird twist of fate, are purposely beautiful. The ice sculpture-esque artistic statement will provoke varying emotions but be safe in the knowledge it isn’t going to melt.

TLCW is the kind of place you can imagine from the outside you’d only go for graduation, to celebrate being sixty years young or some other celebration of similar calibre. One look at the menu and we were quite surprised how reasonable prices were, especially their fixed menu. They are proud about how and where they source their products, most of them are in a small radius from the restaurant itself and it was love at first glance when our eyes first met with the Wirral watercress which seemed an accompaniment for most dishes. For starters we couldn’t see past the grilled mackerel on a bed of Wirral Watercress and grapefruit that came in two forms, segment and jelly. The crisp and delicate skin of the fish with the soft insides was a texture and flavour infusion from heaven itself. The watercress was as good as we’ve ever tasted and the acidity of the grapefruit cut through the whole meal and added depth to every other flavour present. The main was pan fried chicken breast, crisp on the outside and juicy in the middle with a rich tomato, chorizo and bean cassoulet and chunky chips. We were worried ordering chips would dampen the classy experience of miniature breads on black slates and red wine poured by our waitress but these weren’t any ordinary chips and it soon dawned on us that this wasn’t an ordinary place. 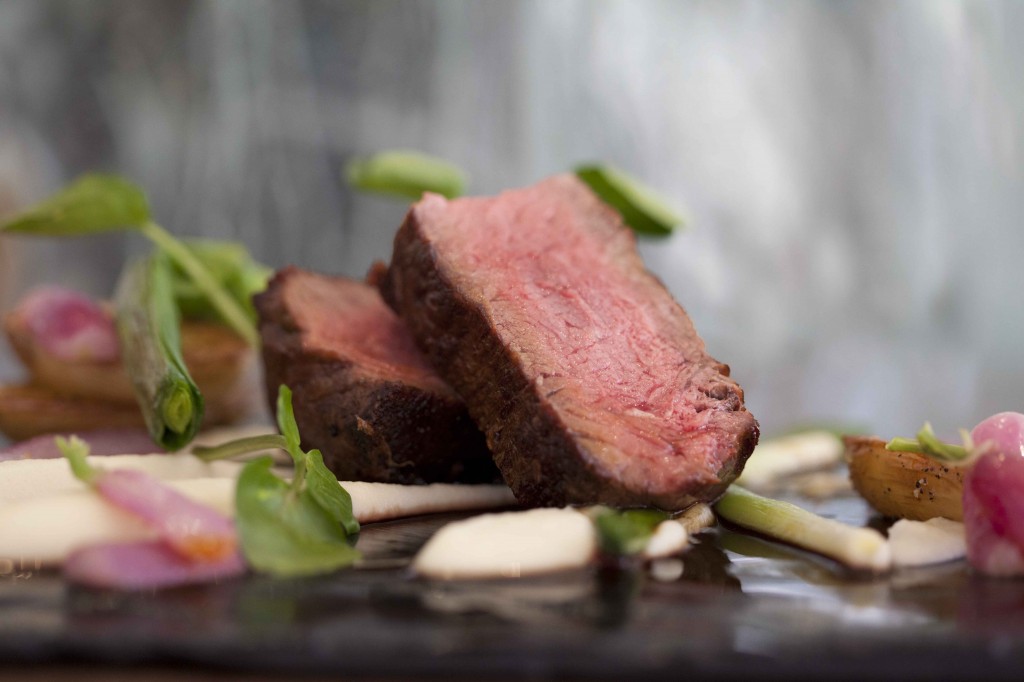 The very attentive staff recommended our wine for the evening and although it probably isn’t in the job description, they went as far as sympathising with us as they see us fill up on copious amounts of food all in the name of reviewing. They took the innovative leap to bring out a pallet cleanser which was a mini bowl of delicious raspberry sorbet with a pistachio and ginger biscuit. It was indescribably refreshing and tasted like frozen raspberries with high self-esteem. The dessert and the finale to this experience was picturesque, we didn’t know whether to take a picture of it, admire it or eat it so we decided to do all three. The peanut butter brownie was soft, sticky and chewy and the homemade chocolate ice cream was as smooth as a snooker ball. The acidity of the blackberries and raspberries alongside the drizzle of blackberry coulis made it a winning dish and reaffirmed our hypothesis that desserts are and will always be the best course.

Giving your compliments to the chef is something we’ve only ever seen in Hollywood movies but this time we felt compelled too. Chef Dave Critchley came out the bustling kitchen after a busy service and we resisted bowing and kissing him and settled for a handshake. He seemed to genuinely appreciate our comments and told us he is working alongside a team of young chefs who are all trying to test the boundaries of food and get Liverpool in the same sentences as London for food in the UK. They change their fixed menu daily depending on what is fresh and how they feel they could improve the dishes which is fine by us as it gives us the excuse to return as many times as possible and always be surprised. In a good way, of course. 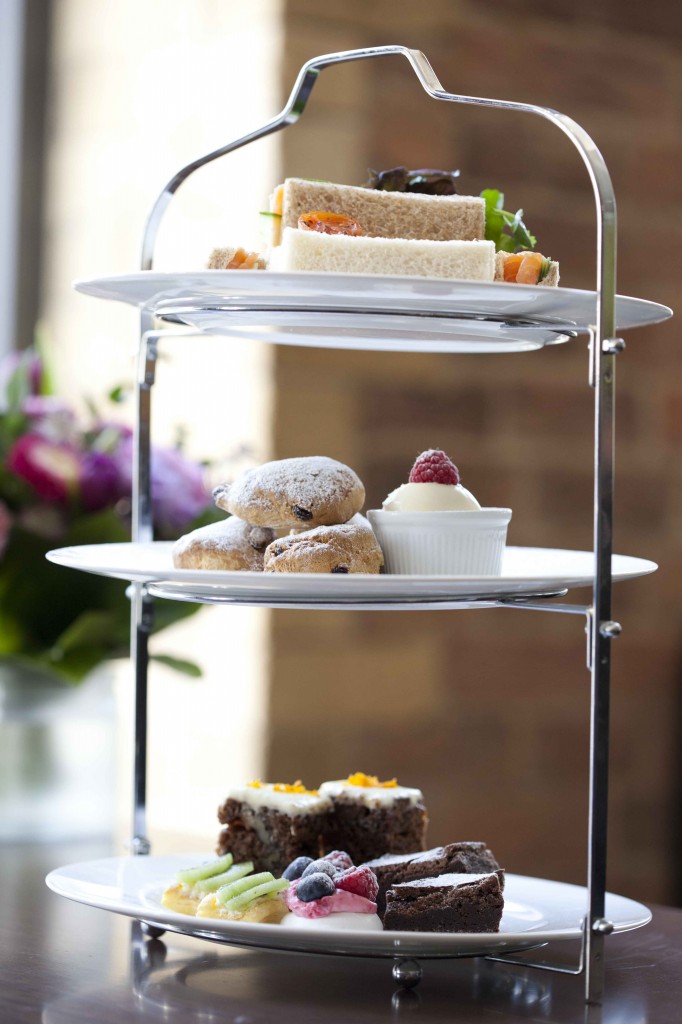 From start to finish we were made to feel like royalty and in a weird overly-analysed way TLCW is kind of an ecosystem. Every time you eat a plate of food there, chances are you’re giving a local butcher, a local farmer or a fishmonger something to get up for in the morning which makes any time there extra special. Cardholders will be happy to know they can get 10% off lunch and afternoon tea Monday-Friday and 10% off the a la carte menu Monday-Thursday.

We hope you enjoyed the profile,