Our stomachs were rumbling and we could hear the soft sound of someone stroking spanish guitar. Hunger was kept at bay whilst we followed the sound of the guitar; for once we were guided by our sense of sound and not smell.

But we were rewarded and were led to Tapas Tapas on South Road in Waterloo and it was here we were able to assuage our hunger with tapas and quench our thirst with Spanish beer. The Spanish vibe is easy to feel with the mellow yellows and oranges of the interior, a sense further heightened by the old wooden tables and beer barrels used for tapas and drinks props. Just as the Romans and the Moors brought with them their fragrant spices, olives and tomatoes to Spain, Tapas Tapas brings the Andalusian twist on Tapas to Liverpool. 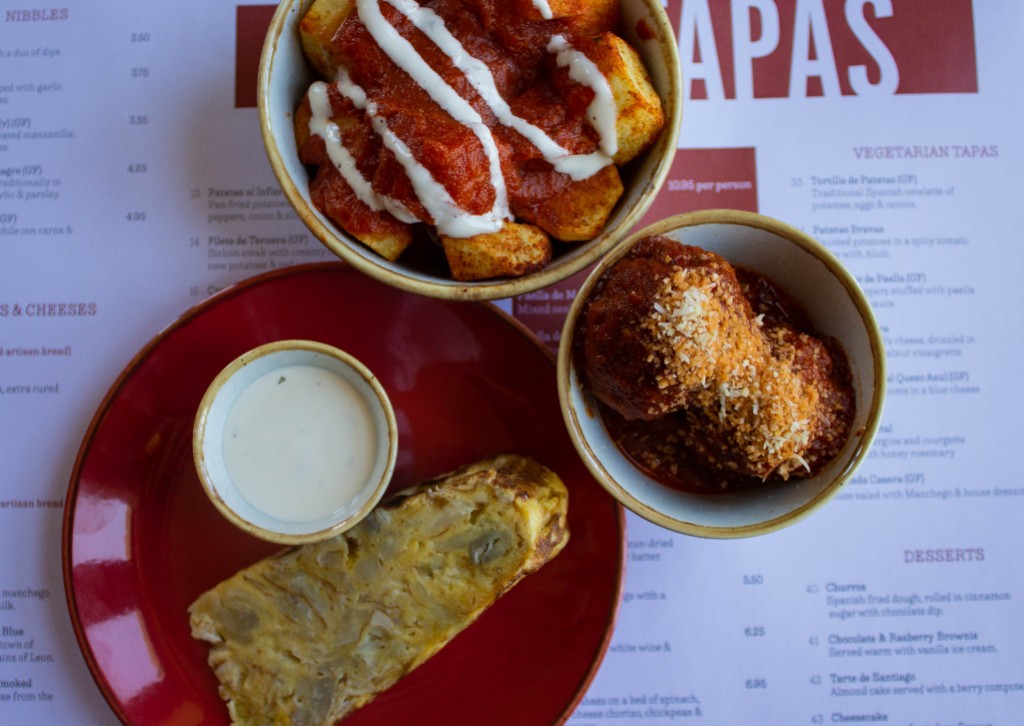 We love Tapas Tapas as it replicates Spanish culture: sociable spaces where people come together to eat and drink. This is a place where you can have a drink, maybe show off your flamenco moves and when you’re hungry move from the bodega to the tapas bar for something tasty to keep you going… then back to the bodega. It was too early and maybe too soon for us to go back to the bodega, so today it was a hangover cured by the Serrano ham that hangs from the wall. 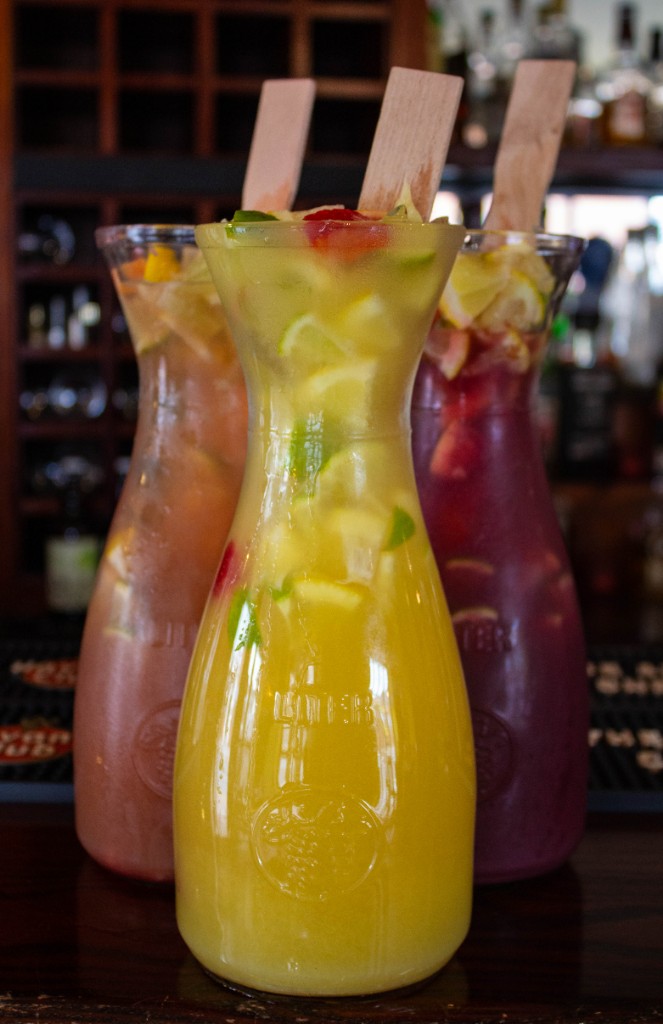 With such a wide range of tapas to choose from, it was a hard choice but we decided to go for the Pan Tomaca; golden toasted garlic bread rubbed with garlic with a topping of seasoned crushed tomatoes. We also we went for the Pollo Coronel; crispy chicken strips fried in thyme and served on a hot slate – an absolutely mind blowing opportunity for the keen instgrammers out there. We also went for the Ablondigas; meatballs so tasty that it might not be long before we start ironically saying “meatball” in a Spanish accent rather than Italian. But it was the Patatas Infierno that was our favourite on the day – fried potato with onions, peppers and spicy chorizo. The juicy oils from the chorizo was soaked up by the potato and peppers making it so good we had to order more Pan Tomaca to mop the juices up. 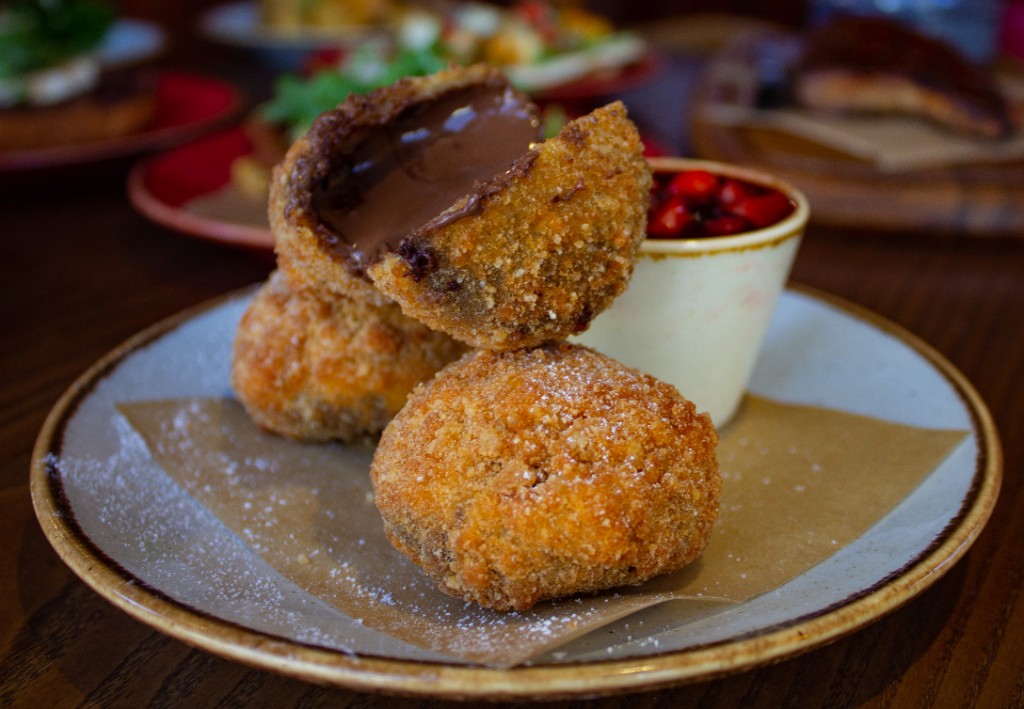 Tapas Tapas serves great food and the fact that it is an environment which oozes an easy going atmosphere, it is a great way to spend an afternoon, which may lead into an evening. It is the perfect place for any party and if you haven’t been already then make it your priority. Like them on Facebook, follow them on twitter @tapastapas and check out their website www.tapastapas.co.uk to keep up to date with their news. 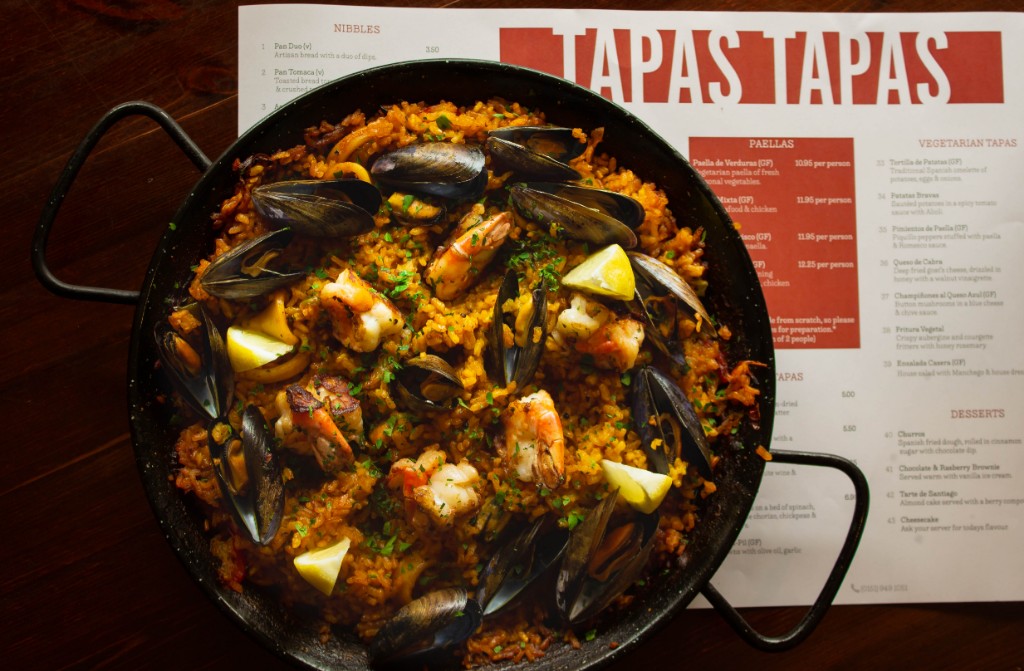