What To Do This Bank Holiday Weekend

Bank holidays, the only time the word ‘bank’ is used in a sentence and met with a joyous disposition.

Three-day weekend, there is something so satisfying about those assortment of words – it is only an extra day off when you rip away at its special seams but there is something so universally desired and celebrated about it. There’ll be no fifteen alarms set just in case you missed the first fourteen, no awkward trying to pass the bus driver a note without eye contact as you forgot to get change and most importantly, no work. That is based on the assumption you’re a 9-5’er office kinda person, if you’re a bartender, chef or self employed, well, we sympathise with you as there is no day off – but that’s still no excuse not to enjoy the weekend. Bank holidays have an almost New Year-esque feel to them, the pressure of the occasion and the prospect of an anti-climax can sometimes be too much but we’re here to make sure that doesn’t happen. 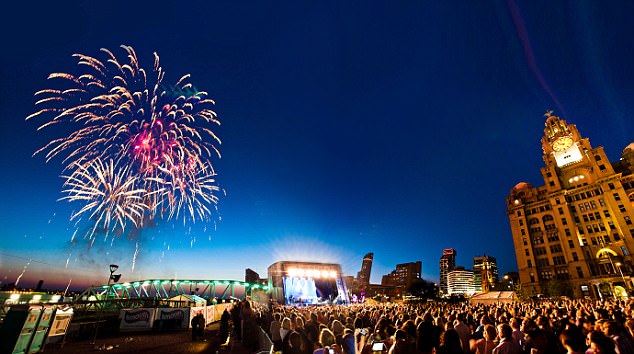 Here are a few things you should pop into your diary this weekend:

Mad Hatter Brewing Company are one of the best craft brewers in the city and perpetuate the trend that is micro-breweries taking over. They have a brewery tap on the corner of Watkinson Street in the Baltic Triangle where you can meet the brewer, watch how they make the beer and most importantly; drink it. The festivities begin this Friday, 22nd of August, at 3pm and don’t end until Sunday evening so you can expect a whole host of pale ales, street food and ice cream cocktails. Local musicians will be given a stage to perform so the event is a treat for your ears as well as your taste buds. Another local Liverpool treasure, Liverpool Gin, will be on offer throughout the weekend so if beer isn’t for you, you can get equally inebriated and still get that warm- supporting-local-fuzzy feeling.

We spoke to Sue Starling, one half (she argues the better) of Mad Hatter Brewery, here’s what you can expect from this weekend:

“It is going to be a weekend full of boss beer, good music and laid back vibes. What more could you want?”

It sounds like fun for everyone to us, it isn’t going to be a binge-drinking fuelled weekend where the streets are left a mess and the walls covered in urine, it is a good chance to meet new people through the appreciation of local, whether it be beer, gin or food. Join them, they’re just down the rabbit hole. 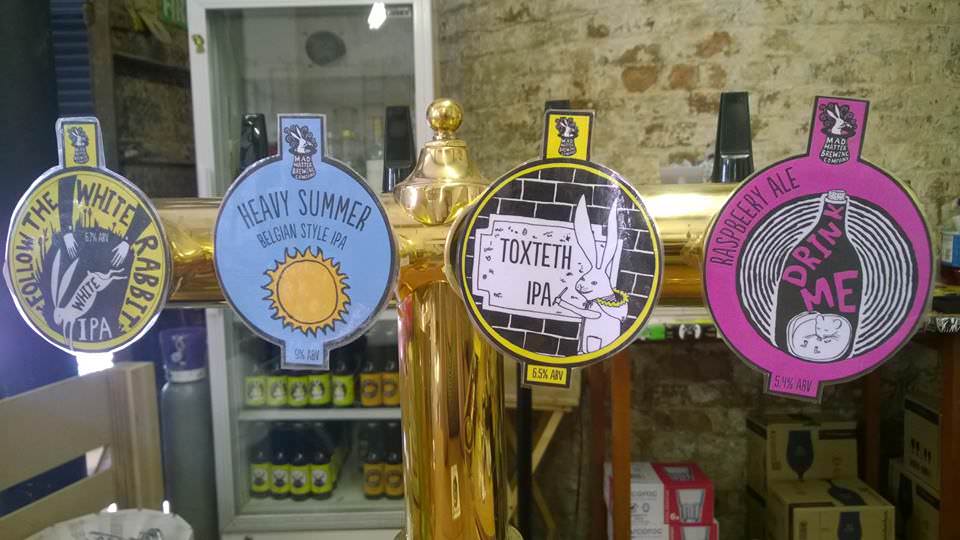 Liverpool International Music Festival (LIMF) is back this weekend after its debut last year and its going to be bigger and better than ever. The Liverpool music scene has always been electrifying, The Beatles weren’t the only people who could strum a guitar y’know. When you think about the music scene in Liverpool, Bido Lito! and Getintothis aren’t far from our thoughts, both embody the Liverpool music scene and do a great job of supporting it. The synergy from the two doesn’t go unnoticed and thousands of people will be flocking to Sefton Park this weekend to visit it. From renowned headliners such as Iain Broudie and The Lightning Seeds to the up and comers Tea Street Band and Baltic Fleet on the cusp of greatness, the weekend is a testament to the talent we regularly produce as a city. As well as great music there is also going to be great food. Street food vans will be turning up in their plenty to show off their revamped vans and unique food that you can eat on the go.

We spoke to the guys at LIMF and here’s what they said you can expect from the weekend:

“There is so much to look forward to this weekend, from international artists such as Shaggy and Goldie to the LIMF Academy which supports musicians from Liverpool under the age of 21. There is going to be something for everyone.”

We were also lucky enough to speak to the guys at Bido Lito! who said this:

“I’m made up that LIMF have adopted the ‘World Firsts by Collaboration’ theme for this year’s festival, as it’s bringing a unique flavour to the festival and gives it another dimension. Of these, I’m really fascinated to see what the MINOR CHARACTERS event throws up, as the culmination of a collaborative process between some fine musicians. And then the run of events at Sefton Park for the Summer Jams over this Bank Holiday weekend will throw up some ace stuff – not least at our stage with GetIntoThis on Sunday 24th! As Africa Oye  showed this year, the area has a thirst for outdoor celebrations of music like these. Sefton Park is such a beautiful setting too – if the sun shines, expect it to be bursting at the seams once again.”

The whole festival is like a victory lap of Sefton Park, a literal platform to display how gifted we are as a whole with a bit of crowd-surfing thrown in for good measure. With 150 different acts from 20 different countries, Liverpool is going to be the mecca of music this weekend and it is not to be missed as LIMF doesn’t just help you discover the new, it inspires the next. 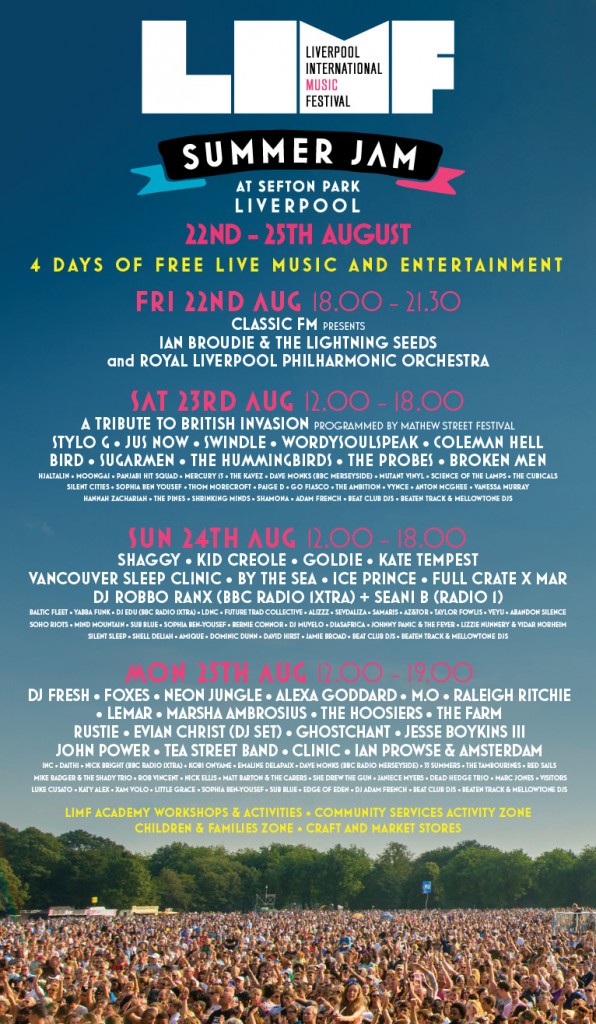