Every now and then there’s someone cut from a different cloth and 80 odd years ago in a Bootle nursing home another was born. Tailoring evangelist, Walter Smith, began his journey into tailoring at the young age of just 14. Over 69 years later the only thing that has changed is his suit size. At 82, he stands as a dying breed, not just because of his profession, but because of the person he is. He’s been a Mayor of Wirral, designed suits for the famous and up until 5 years ago was still running marathons. He’s all these things but a gentleman first and here is his story. 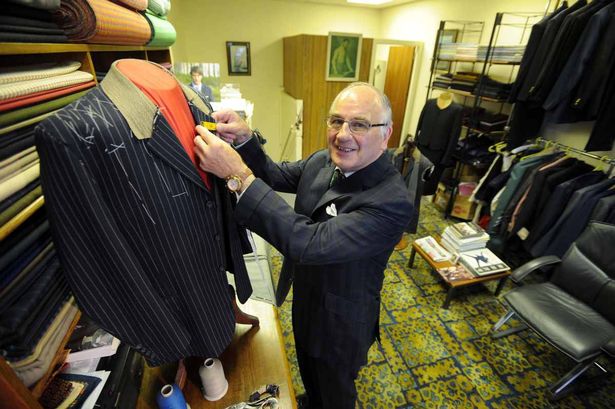 Walter met us at Moose Coffee in his overalls, but not your presupposed version of overalls. He arrived in a stunning green tweed suit that put everyone in the postcode to shame and that, of course, fit him immaculately. “This is more of a casual one I wear for meetings” he professes whilst sipping his latte. We got the feeling he was being sincere. Walter left school at 14 and his first job was in fashion photography at Lime Street. He did everything; from running messages to making coffees and to packing suits. It was his first glance and touch of the suits that began the love affair.

“People of my age were always into tailoring. We used to tell the man the little details we wanted, the cloth we wanted and the colour. It wasn’t like today.”

Walter went on to get a job with Jackson’s the tailor on London Road and at the age of 16 knew more than the managers. A few years in the land of bespoke had grounded him from an early age. Mr. Jones, his area manager, came to Walter and asked him to work in Warrington that included a £2 a week wage rise. His manager at Warrington was Henry Meadows, a man who bestowed the precious responsibility of running the department at 17 on a young Walter’s shoulders.

“I can’t believe how much I was doing at that age. I was doing things I don’t even do now” he laughs.

At 18 Walter got his army papers and had 6 weeks before his country needed him. It would turn out that the following 6 weeks would be the most significant. Walter rushed home that Friday, as he did every Friday, to retire into his casual attire and walk across the road to the youth centre. It felt like a normal Friday but it was there that he would meet his future wife. 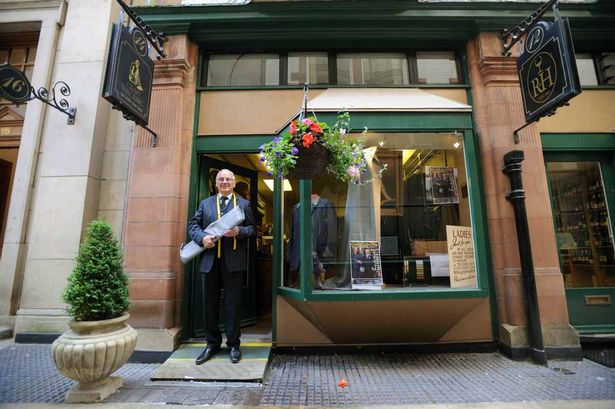 “I seen all the usual suspects as I walked in that night but noticed there were two new girls. You always noticed the new girls. I remember one was very slim, quite tanned and she made quite the impression on me. I played out of my skin in the next few games of table tennis hoping she’d catch a glance and be impressed. After many exchanges of glances, I offered to buy her a coffee and walk her home that evening. I took her the cinema the next day and we would go to dances and did a lot of that kind of stuff before I went away for the army. We wrote to each other every day and I would hitchhike home on weekends just to see her.”

After returning from a stint in Egypt, Walter returned back to his two loves; his future wife and his cloth. He used to work in Williamson Square opposite the Playhouse where people would buy the cloth in advance. Walter made quite the impression and in 1955 was invited by the head tailor to join his breakaway firm.

“We became a very successful firm. We won all sorts of awards and became the ‘Golden Dandy’ of suits. I later became the director of the company and we enjoyed many years of success before the manager heavily invested into pre-made suits and lost it all.”

Walter was extremely blasé about the loss of his hard built empire which made us realise there must be a happy ending. It was during the swinging 60’s that Walter made his claim to fame; making the first ever suit that The Beatles would wear on TV.

“In 1962 a certain Brian Epstein came to me and said “I’m bringing you four lads who have just started a band, I’m going to manage them”. When I found out what they were called I thought to myself, what a stupid name that sounds. The suits were silk and wool, electric blue and with a short poxy jacket that made it look rather Italian. I just found out recently that those very suits are on display at the museum. We used to work in ‘guineas’ in those days so I remember giving them a 3 guinea discount in the hope that they’d return for more suits. Of course, they got a bit famous after that but a certain Paul returns every now and then.”

After working under and for so many people it was time for Walter to start his own company; “Craft Tailoring”. A beautiful and unassuming little shop on Queens Avenue just off Dale Street. They’re going to be moving somewhere along Castle Street in the next few weeks o keep an eye out for it. 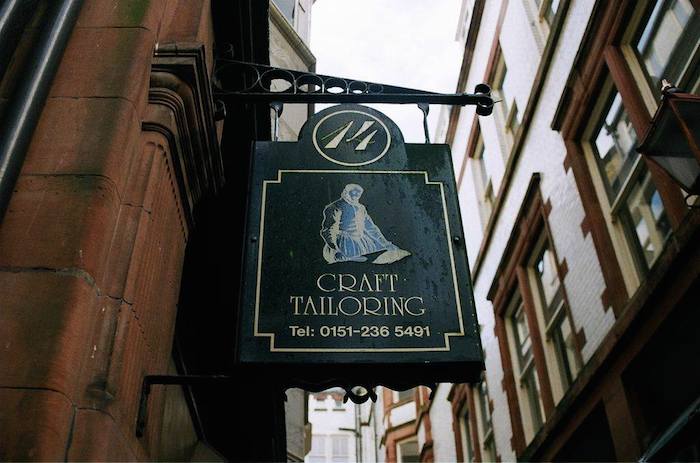 “Three of us formed the company. Unfortunately one of the directors died and the other got serious eye problems so now there is just me and a few other tailors, some who I’ve worked with for over three decades.”

When asked how long he thinks he can keep it up, he shot us a smile that looked like it felt familiar and said “just one more year”. There was a look in his eye that led us to believe he might never throw in the cloth or hang up his measuring tape. Walter has fears about the profession he loves so dearly and whether it will still be around in the next few decades. In order to combat this he takes students on from local colleges and universities and as a consequence the BBC wardrobe is now run by a local lad that Walter trained.

“Everyone is our customer and every customer that comes in is important. What we do for people is usually for the highlight of their life. Whether it was making suits for Bob Paisley to go to Wembley or for someone about to graduate. We’ve created something unique for them to wear in something they deem one of the most important moments of their life and I think that’s quite special.”

Walter glanced into the corner of the room reliving old memories before professing “I wish I’d written a book”. Walter has seen his profession grow, his city crumble and his professional crumble and his city grow. He can’t quite believe the transformation of Liverpool in the past few decades and although his choice of profession isn’t what it was, that makes him all the more special. He’s the flowers growing through cracks of cement and would still run rings around most of the young ones to this day.