by Independent Liverpool Published: 30th May 2019

Good things come to those that wait. And on small plates.

Neon Jamon is right up there in the running for Liverpool’s favourite restaurant and, as well as being able to enjoy the small delights on Penny Lane, the people of Liverpool can also get their fix on Berry Street. If you’re lucky to have ever eaten at the Neon Jamon on Penny Lane I’m sure you’ll agree it is delicious. We say the word lucky because you’ll struggle to get a seat near enough any day of the week. We’re pretty sure people camp out the night before. So, what is it about Neon Jamon people love so much? 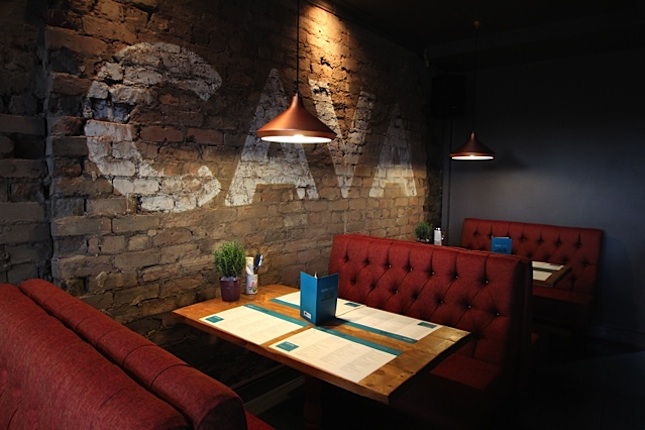 Food aside, much more attention should maybe be paid to the atmosphere. Any restaurant can get a chef, devise a tasty menu and put it out there. Easier said than done perhaps but it is definitely a lot easier to be in control of the tangible. How do you control something intangible? Something you can’t see, can’t feel but are definitely aware of its underlying presence? Now that’s special. The difference is whether you see the atmosphere out of your hands or not. Neon Jamon don’t and everything from the music to the staff is purposefully built to bring a bit of Barcelona to you. All your senses would argue Neon is as authentic as the real thing and the only factor that would ever disrupt this mirage would be the good old British weather up to its old tricks. If Neon could somehow manage to bring the weather over as well as the food, that’d be just great. Until then, we’ll return for the egg and straw fries alone. 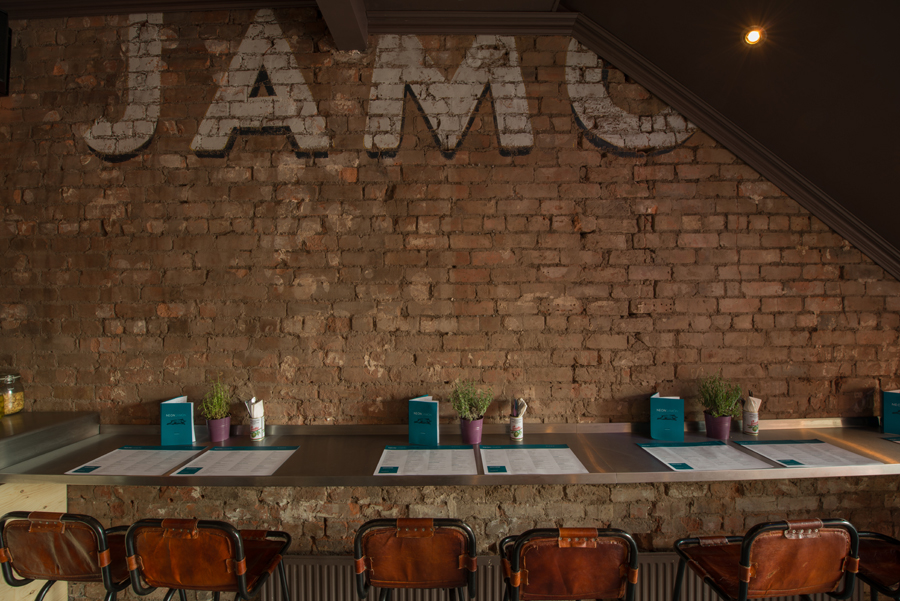 As well as Neon Jamon, the same guys own Tribeca and Three Piggies. We met up with Dom, one of the masterminds behind the Tribeca group to find out why Liverpool seems to be going mad for small plates and how Neon has kept up such a great reputation for all these years. 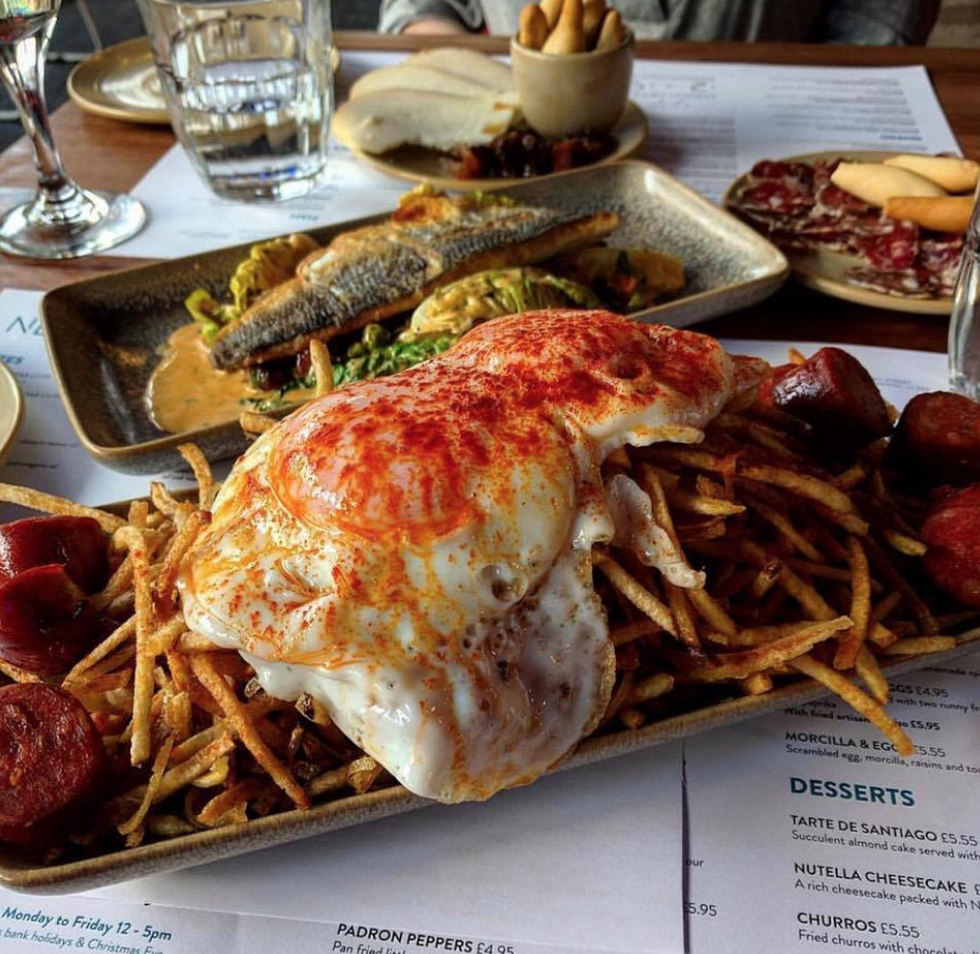 Hi Dom! So how did this all begin?

Eight and half years ago we decided to open Tribeca on Berry Street. There was literally nothing here. The first few months here was like a desert but it is mad that all those years later it just feels the whole scene has erupted with food and drink. We went off to do Tribeca on Smithdown 6 years ago, a year after that Neon Jamon opened and a year ago or so we opened Three Piggies. We weren’t going to do anymore but we’ve been known to say that before.

Have you always been involved in the food and drink scene?

We’d never made a pizza before Tribeca, we’d never cooked tapas in a restaurant before Neon and we’d never ran a bar before Three Piggies. A hunger for getting better and lots of travelling means we know what good food tastes like. We’ve always wanted to create things that appeal to all ages. We never wanted to box ourselves into a youth market so that we’d be a short-lived concept. Our concept is that you eat great food whilst drinking a great drink. Food and drink sit together and they encourage each other. 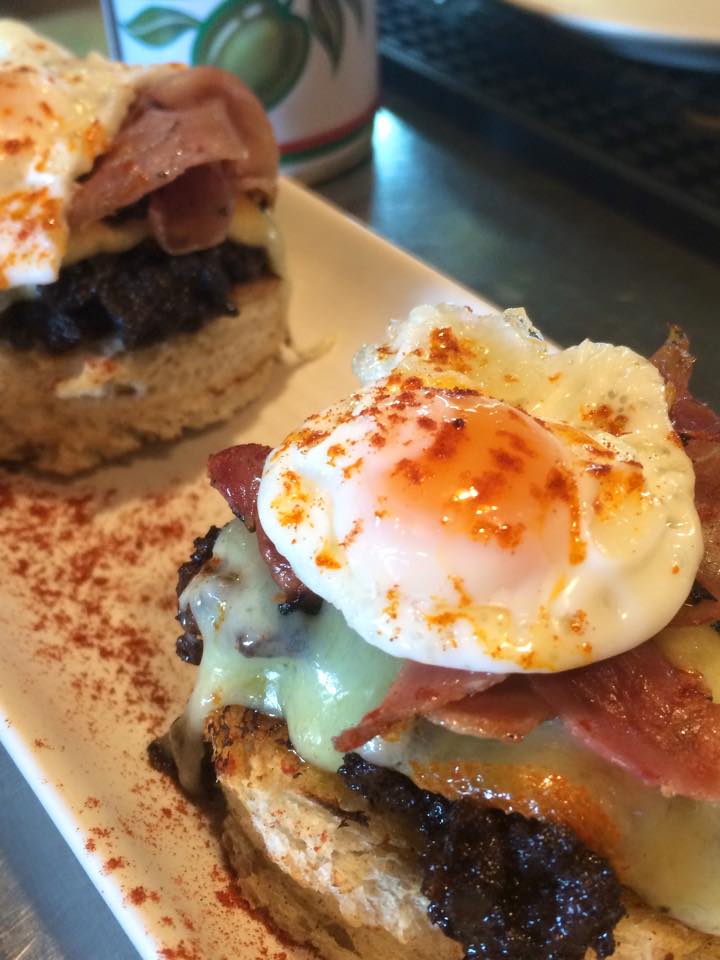 What is it about it Neon Jamon people love so much?

The staff at Neon are phenomenal. You walk in and they want actually want to be your friend. They want to sit down with you and suggest food to you that you’d like based on your taste rather than profit margins. Neon was meant to be a bustling Catalan restaurant and we’re proud of the authenticity. We’re very proud to have it in two places and the buildings are both beautiful. Berry Street is 4,000 square feet and has two floors of bar and restaurant so its colossal in comparison to Penny Lane but despite the size, it’s got the feel of Neon. It’s pokey in corners, it feels slightly battered and ruined and industrial.