Over the last year we have concentrated on writing about the places that make Liverpool unique in retaliation to the Chain-Gangs that have become ubiquitous in the City.

On our journey we have met some of the most inspiring people behind these independents who all have a story if you delve a little deeper. It will be in this blog that we share some of the stories of the people in our city: their passions, their ups and downs and motivation behind the idea. Where better to christen our blog by having a beer with Gaz Matthews – the mastermind behind the Toxteth based micro-brewery; Mad Hatter Brewing Company. 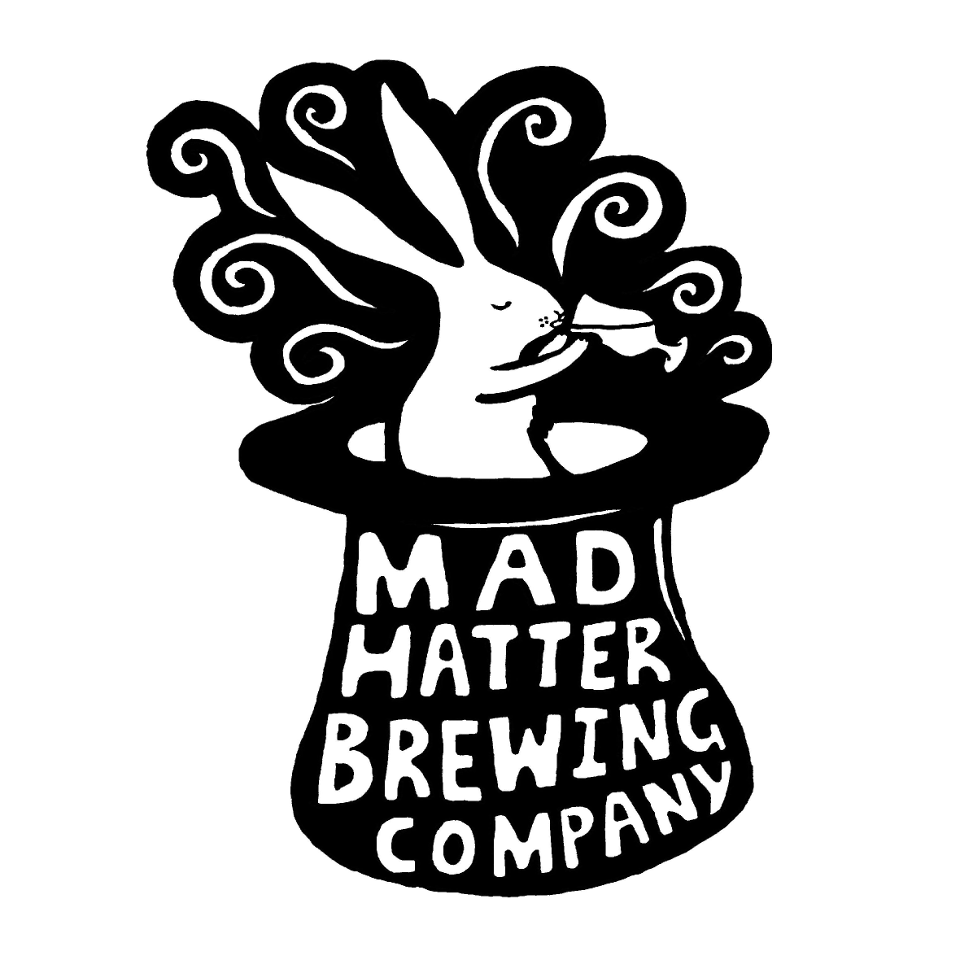 We were invited round to Gaz’s house on the promise that we could sample a few of his beers and talk about his adventure thus far – needless to say that this meeting was fast-tracked to the top of our priority list. We were greeted with open arms and his ‘Farmhouse Saison’ – a classic beer originally given to farm workers in Belgium and France which had a beautiful crisp, classic yeasty Belgian taste. To think that this Saison had been brewed by this guy standing in front of us was incredible. A typical vision of a man who takes up brewing is a guy with a cauldron serving up prohibition style moonshine which could potentially blind anybody brave enough to sip on it. This made us ask the question: where did it all start and how the hell does it taste so good?

The love affair has probably been going on for 15 years now.

Always a fan of beer, he remembers when he was still a boy living at home and his older brother used to have a home-brew kit. His brother would regularly host parties and would supply the beer to anybody unlucky enough to get knocked back at the off-license. A few years on, following in his brother’s footsteps, Gaz got his own home-brew kit and started to brew in the garage. As the operation got more advanced he moved into the conservatory and eventually ended up invading his parent’s bedroom. He carried on brewing whilst doing a PHD in Philosophy but after many years of being disillusioned by academia and trawling through dense hypothesis from thinkers from the past, he eventually decided to leave the world of academia so that he could devote all his time to his beer. In this process he has created his own philosophical hypothesis to live by: “I brew therefore I am” – he hasn’t looked back since. 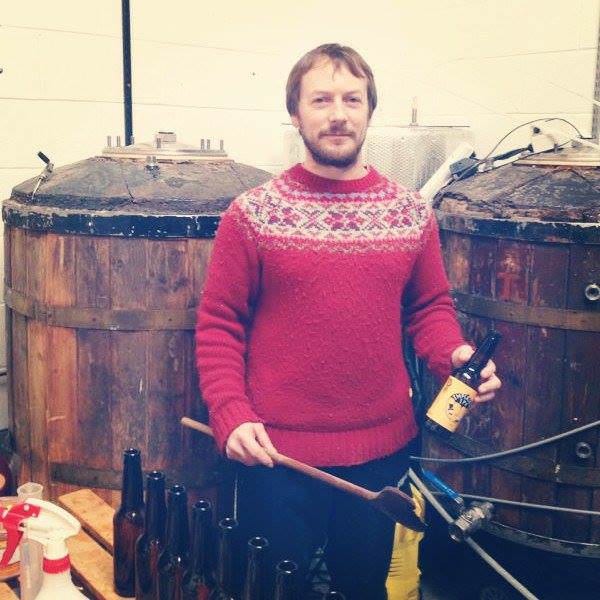 At first it was a hobby but he took the ‘commercial’ leap this year after his wife got him a very special birthday present. Rather than the usual random assortment of socks he had become accustomed to over the years, he was blindfolded and taken to his new baby – a space in Upper Parliament Street which meant that the Mad Hatter dream could now become a reality. They will soon be moving to Jamaica Street and become another creative cog in the well oiled machine that is the Baltic Triangle before Christmas where they will also have a tap there, a fantastic way to taste the beer. This way they get to brew more beer, experiment even more and carry out some rather enchanting plans; our favourite idea is their plan to convert an ice cream van into a traveling bar.

Noticing that our glasses were empty, Gaz rushed off and got us another beer.

We had the pleasure of trying a firm fan favourite – The American Psycho. It was a very strong, almost blood coloured beer with an earthy finish. What was even more refreshing than the beer was to hear how excited Gaz got about the beer: the ones he had made, the ones that never were, and the new beer he had brewing in his mind – an example of this would be the Truffle Triple he has plans of making. Never making the same beer twice and always looking for innovative ways to put modern twists on the old classics, in a way, he is the Heston Bloomenthal of brewing; his processes of making beer would make any brewer forum in the world erupt with comments. This distinctive process of brewing was a catalyst for the name ‘Mad Hatter Brewing Company’, they both wanted the name to represent conjuring up different elements from vast resources, pulling a rabbit out the hat if you may. 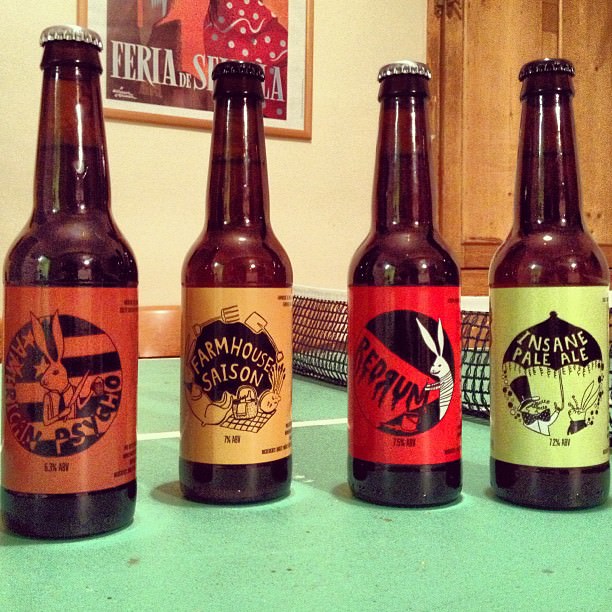 Whilst Gaz aims for the perfect brew that he himself accepts may never be, I think we can all accept that his beer is of quite phenomenal quality. You can find his beers stocked in Londis Penny Lane which is at the forefront of corner shops with its assemblage of world beers, real ales and American craft beer. Other places are Delifonseca, Ship ‘n’ Mitre and lots more coming up. Before we left, Gaz and Sue went on to tell us how amazing their journey has been so far, they found little or no reward in academia and it is so refreshing to do something they love. They also commented on how receiving a tweet off someone with their beer in hand saying how nice it is makes it all worth it. Gaz and Sue have spent many years in many different cities but after moving back to Liverpool, they instantly knew their need to hop from city to city was no longer. They found home.