Liverpool is a city of great buildings. Many a street is home to one, maybe even two. They all tell a story of the city’s great wealth and it’s former glory as the second city of Empire.

However, there is one in particular which holds a special place in Liverpool’s’ crown of architectural beauts. The Bluecoat is officially the oldest surviving building in central Liverpool, it has stood the test of time and this year marks its illustrious 300th birthday. To celebrate we wanted to look at what has made The Bluecoat so important to our city and show you just how fantastic it is. Originally founded as a charity school in the early 1700’s with completion of construction in 1716-1717. It quickly expanded to become a boarding school and within a year could house a significantly larger number of children. 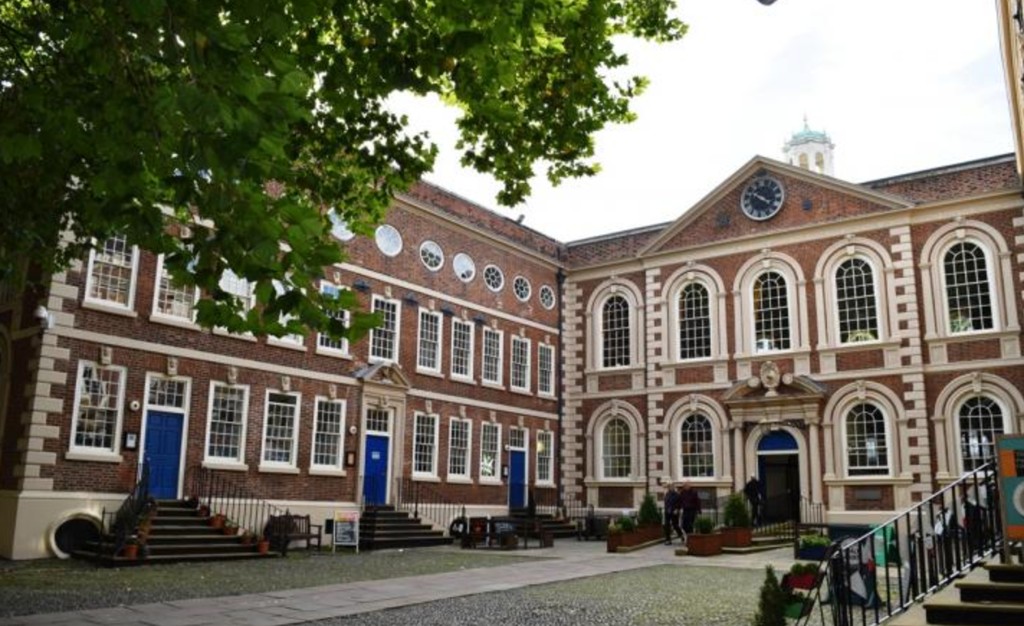 It served the local community as a school for the poor for nearly two hundred years until 1906 when the Bluecoat moved to the Wavertree area. Bluecoat Chambers was threatened with abandonment and potential demolition until a local arts society, The Sandon Studios Society, took over residency. A pioneer in its mission, it was an independent arts schools and society. It sought to push the boundaries of conventional art and detach itself from the confined limitations of art teaching at the time. It attracted huge attention, be it in the form of support from the famous William Lever, founder of the Sunlight Soap brand, and its exhibition of Post-Impressionist work. Controversial for its time, several of its exhibitions attracted thousands of visitors weekly.

Liverpool’s tradition of breaking the status quo runs deep, and the Sandon Studios Society certainly had a hand in it. It lays claim to being the oldest arts society in Britain. Even after several name changes and periods of uncertainty. It was renamed the Bluecoat Society of Arts in 1927 after a charitable fundraising drive and then again simply to the Bluecoat in 2007. The centre has continuously weathered the storm of uncertainty in the name of creativity and innovation. It recently had a huge renovation and expansion to coincide with Liverpool’s Capital of Culture title, this allowed the centre to expand its programme of events and reach more of Liverpool’s artistic community. 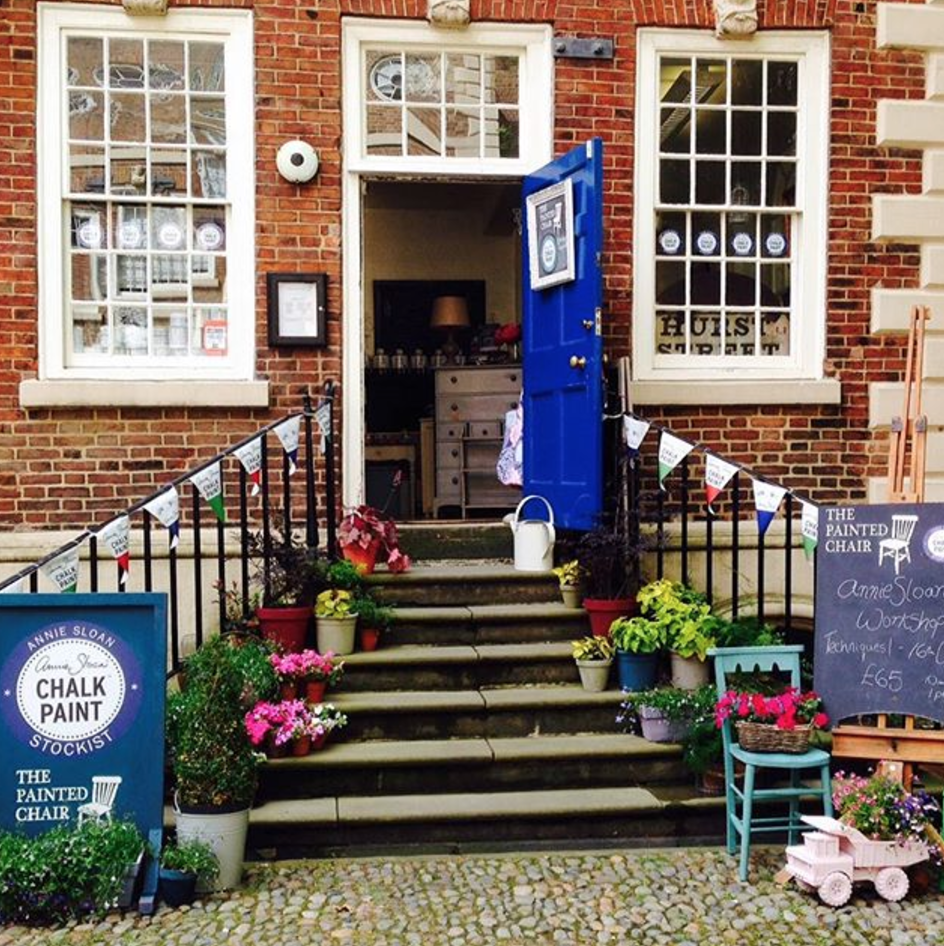 It has showcased works by Post-Impressionist greats such as Picasso, Henri Matisse, Van-Gogh and Roger Fry. Some being exhibited for the first time in the UK outside of London. This tradition of supporting new artists has stretched throughout its history, from inception to the present day. Even Yoko Ono was a part of it, having her first paid performance at the Bluecoat in 1967. The Bluecoat has consistently brought new and era defining work to the public of Liverpool. Without it the rich canvas of the city’s history would be significantly lacking. 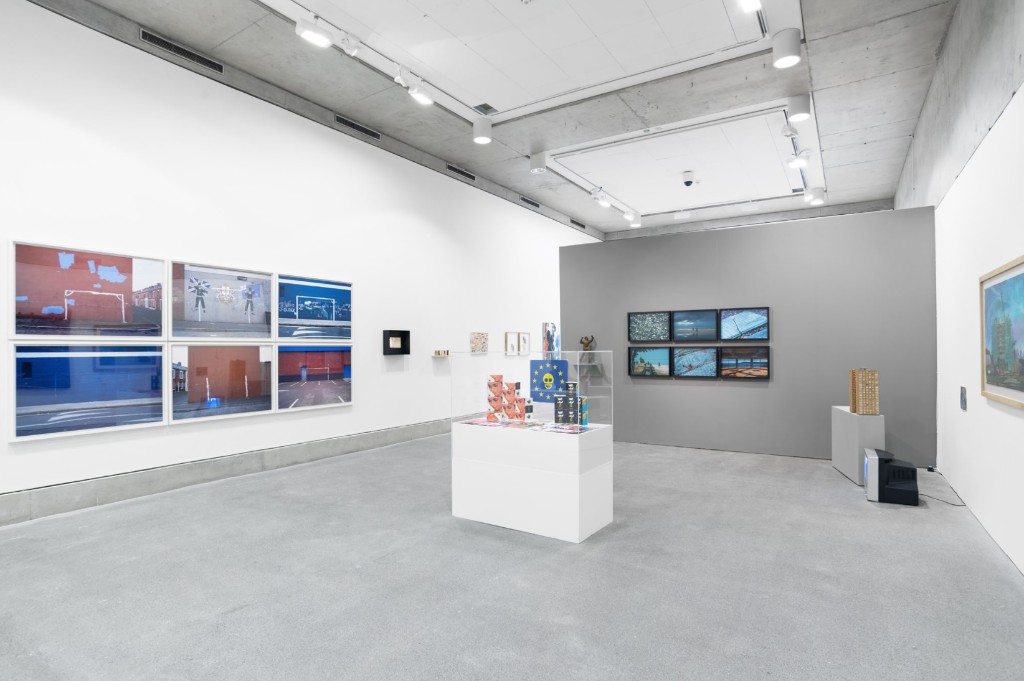 Today the Bluecoat still showcases new and exciting work from local and international artists. It holds regular exhibitions and shows, as well as large scale events such as Light Night. It’s full calendar of events also hosts regular print, book and record fairs, seminars, lectures, book clubs as well as art classes for a wide range of disciplines and levels. It nurtures the creative mind from grassroots levels to professional recognition within the local community. That’s something we can all get into and celebrate. Liverpool is brimming with creativity, seen in its explosive expansion of the Baltic Triangle creative hub, and places like the Bluecoat will continue to support our arts community for years to come. 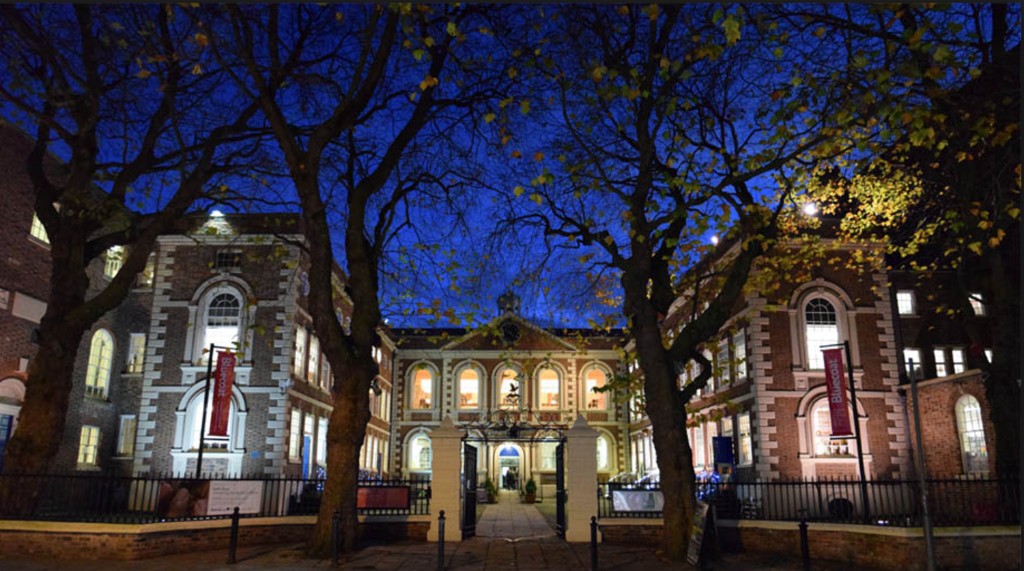 It’s even seen in the Bluecoats Display Centre, which is teeming with local talent. Which is all available to buy. Who doesn’t love a little piece of local art in their homes or on their ealls. So as the Bluecoat sees in another year, be sure to be a part of it. Go celebrate its landmark birthday by visiting its exhibits, taking part in its immersive shows, shop in its range of local retail outlets or even simply enjoying the peace and serenity of its courtyard garden. Buy a book from Kernaghan Books, do a workshop with The Painted Chair or buy a handmade violin from Mike Pheonix. A secret haven hidden within a historical world right behind the bustling modernity of Liverpool One. Happy Birthday Bluecoat, you don’t look a day over 50.

To celebrate they’ve got all sorts of stuff going on until November and we don’t blame them for celebrating for all those months, blowing 300 candles out can take a lot of time. More info here.