If those walls could talk…

Woolton Cinema (also known as Woolton Picture House) has held a place in the people of Liverpool’s hearts since 1927. Not far off the incredible century but doesn’t look a day over 21 if you ask us. It is the only remaining single-screen cinema in the city, and is popular with cinema enthusiasts because of its old-fashioned atmosphere. The music of Mantovani plays before the main programme and in the traditional halfway interval, during which ice cream can be bought from usherettes. A simple yet beautiful part that adds to the experience of the cinema. Over the years the facade has changed but the offering hasn’t and this is part of why it is still here to do this day. Back in the heyday of the independent cinema, Merseyside could boast more than 100, in every suburb and on neighbourhood street corners but now there are sadly just a couple. The Plaza in Waterloo is wonderful if you haven’t been before. 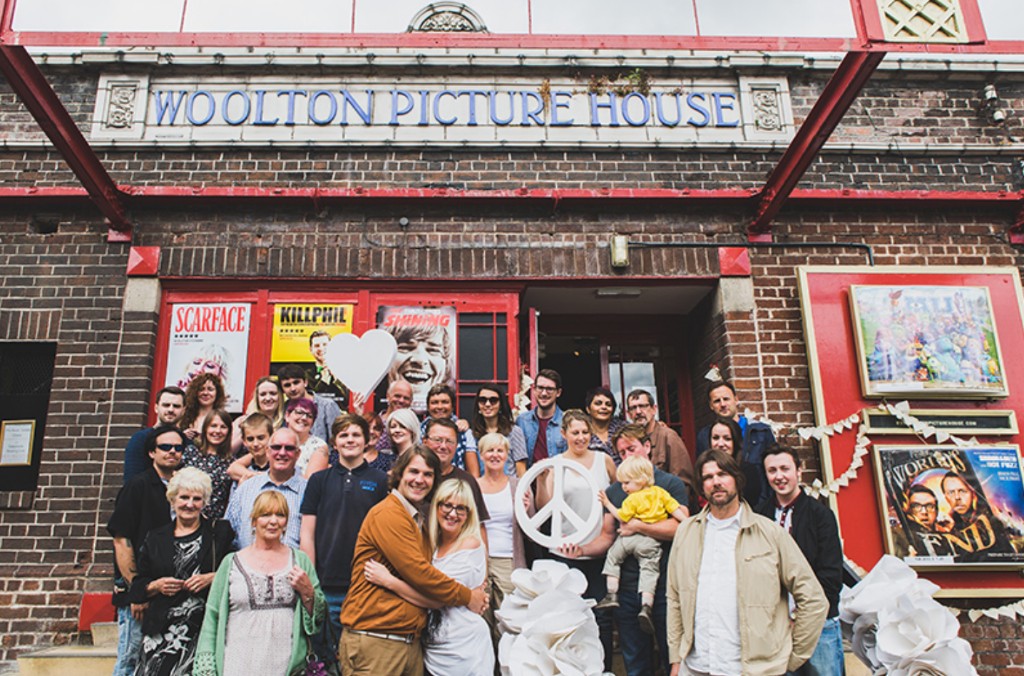 The Woolton Picture House was designed by L. A. G. Prichard, a well established architect and a member of the Royal Institute of British Architects.  The Cinema was built for Alfred Adams, who formed the Woolton Picture House Co. Ltd. to operate the cinema. The Auditorium originally held a seating capacity of over 800, composing of several rows of wooden benches. Although during the 30’s the screen was brought forward to accommodate larger speakers for an enhanced cinematic experience. Remaining open throughout the war years, surviving the bombing raids of WW2, the cinema provided the local community with a vital window to the front line, courtesy of Pathe Newsreel. The cinema acquired a new owner in 1954 and was handed to Robert Godfrey of Cheshire Country Cinemas. The onset of a fire at the front of the screen drastically altered the cinema, almost destroying the public area of the Auditorium. The building survived but remained closed for 3 months during extensive repairs. 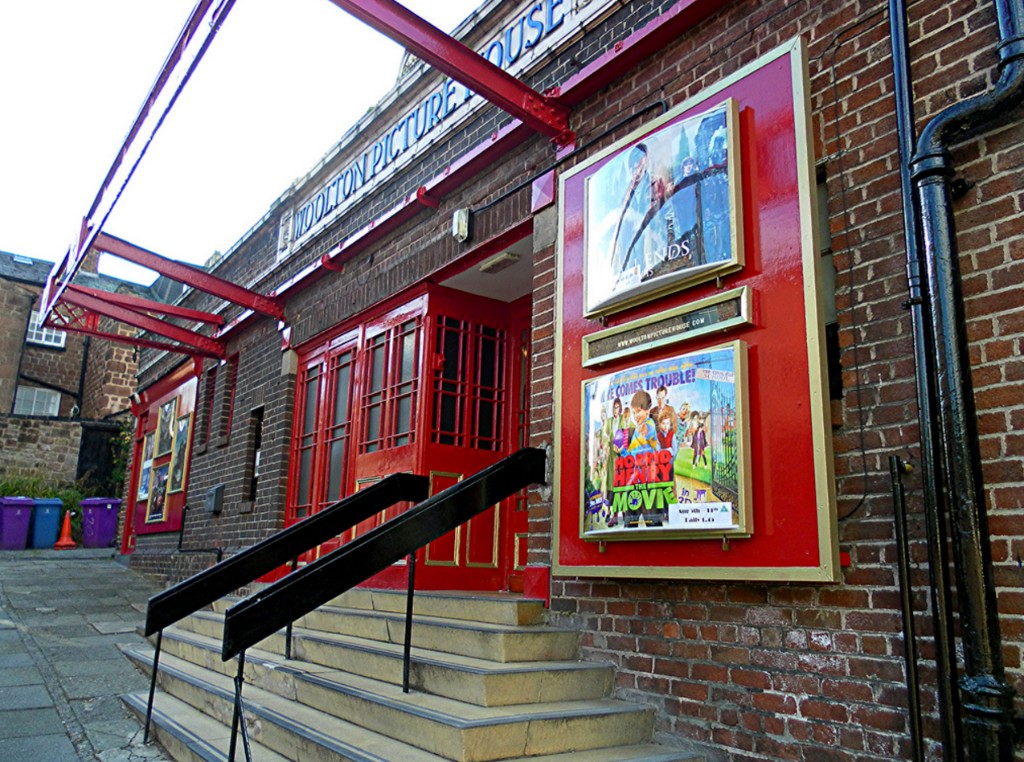 Woolton Picture House was spectacularly refurbished with the front exterior, gaining prominent rows of large white, steel slats, new canopy and illuminated signs. In addition to a wall-to-wall screen proscenium, carpeting and 265 luxury pull-man seats the alterations created a spacious, comfortable surrounding. Woolton Picture House acquired a further owner, David Wood, grandson of cinema pioneer John. F. Wood. In March 2009 Woolton Picture House became the set for the film ‘Nowhere Boy’, a biopic of John Lennon’s adolescence and the creation of his first band The Quarrymen and its evolution into The Beatles. Woolton Picture House was also voted within the Guardian’s Top 20 ‘Best Film Venues in Britain’ describing the cinema as Britain’s ‘art deco gem’. The cinema secured its continued future with the installation of a new digital projector and new screen with upgraded sound for their patrons enjoyment. 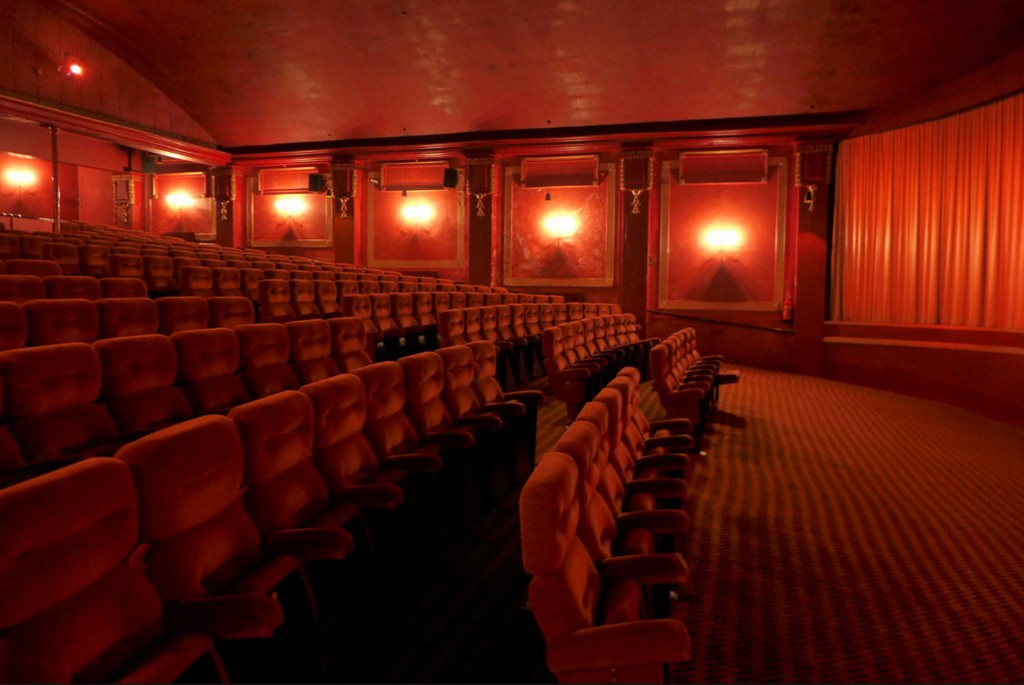 Sadly, over the years the actual ‘experience’ side of cinemas has been lost. Amongst the gallons of Tango ice blast and fudge so expensive you’d need a second mortgage, the affair of the cinema isn’t what it once was. In an era of multiplexes, 3D and IMAX, it’s hard to remember that a trip to the cinema was once as much about the ambience and architecture as the big screen action. What makes Woolton Cinema different is that it hasn’t lost what makes it special. It’s a time capsule stuck in a period of time the majority of us can cast our mind back to with fond memories. It stands for simpler times, good times and more. A place where some of us met our husbands and wives, a place some of us got married and a special place that reminds us of lost ones.

Generations of scouser have found solace here, here’s to a few more. Find out more info here on how you can visit this incredible place. We are delighted to announce Independent Liverpool cardholders can get 10% off all food and drink – including alcohol.

Special thanks to Claire Penn for the featured image, she’s incredibly talented, see the rest of her work here.