Whilst most independents would cease trading after receiving the awful news that they are being evicted to be replaced by yet another dreaded estate agency, Windmill Wholefoods took the news in their stride and it spurred them on when they were forced to move from their shop in Smithdown.

In retrospect, it is quite ironic and apt they are named what they are as windmills are designed to generate more power during times of turbulence. A few years on, Aigburth is home to Windmill and the loyal customers of the shop in Smithdown certainly don’t mind the extra distance of the trip for the quality produce. We do not deny that supermarkets have managed to reduce the cost of living for modern families but we beg the question, at what cost? The more we consume unethically, the more that is going to be produced. Welcome to Windmill Wholefoods, the quirky shop making consuming your five a day fun. 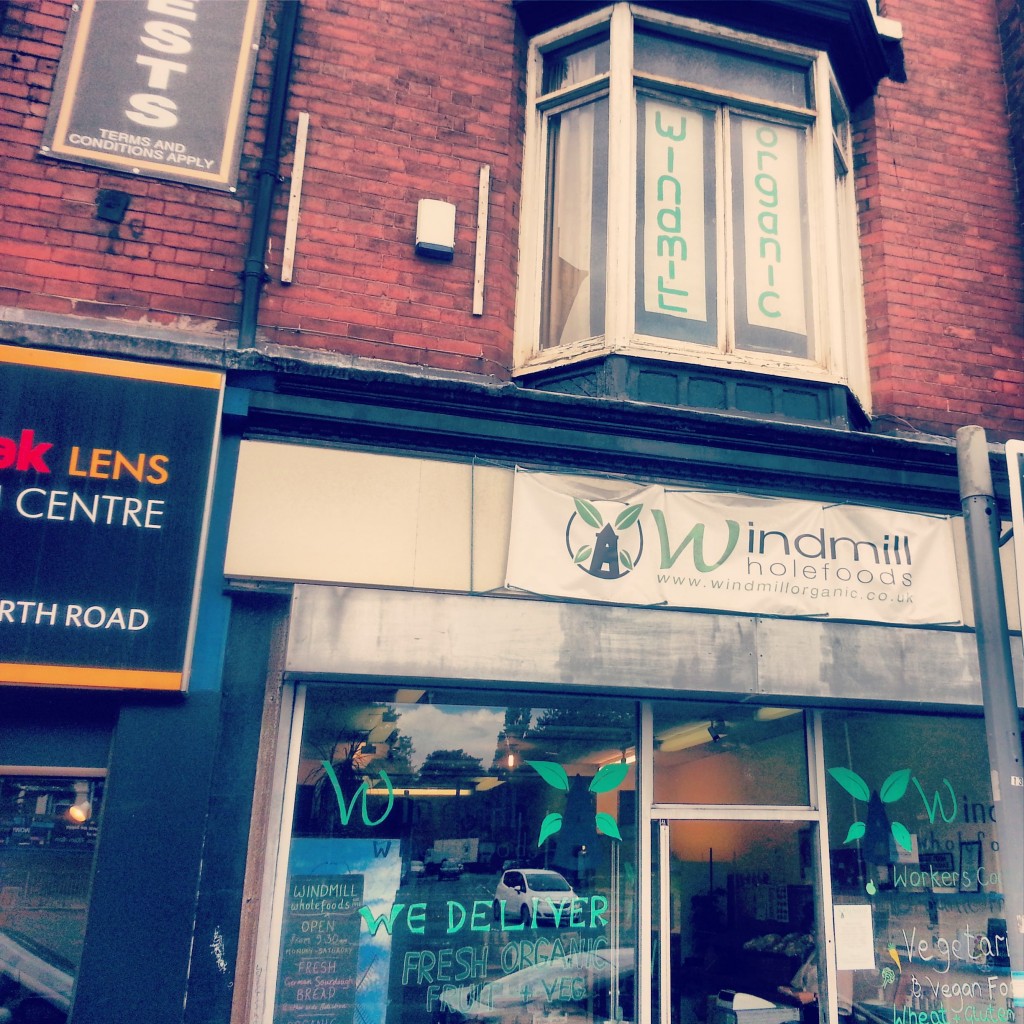 To modern society, living in an ethical manner is relatively new to us all but Windmill have been preaching since 1991. When questioned about who strides along the Aigburth Road strip to enter their modest establishment with simple and interesting products, we were given a few answers. They believe they appeal to anybody, most notably students who surround the area and anyone ethically minded. Due to their produce being so healthy and ethical, health-freaks and the environmentally aware,  will often wander down to feast on the array of organic fruits that greet you with such bright colours. We were also told the odd conspiracy theorist will enter as they spent a sleepless night on internet forums finding out harmful components that go into mass produced products.  They told us that they love and embrace all their customers, from the paranoid to the pleasant, as they are unified in their voyage to make the environment a better place. 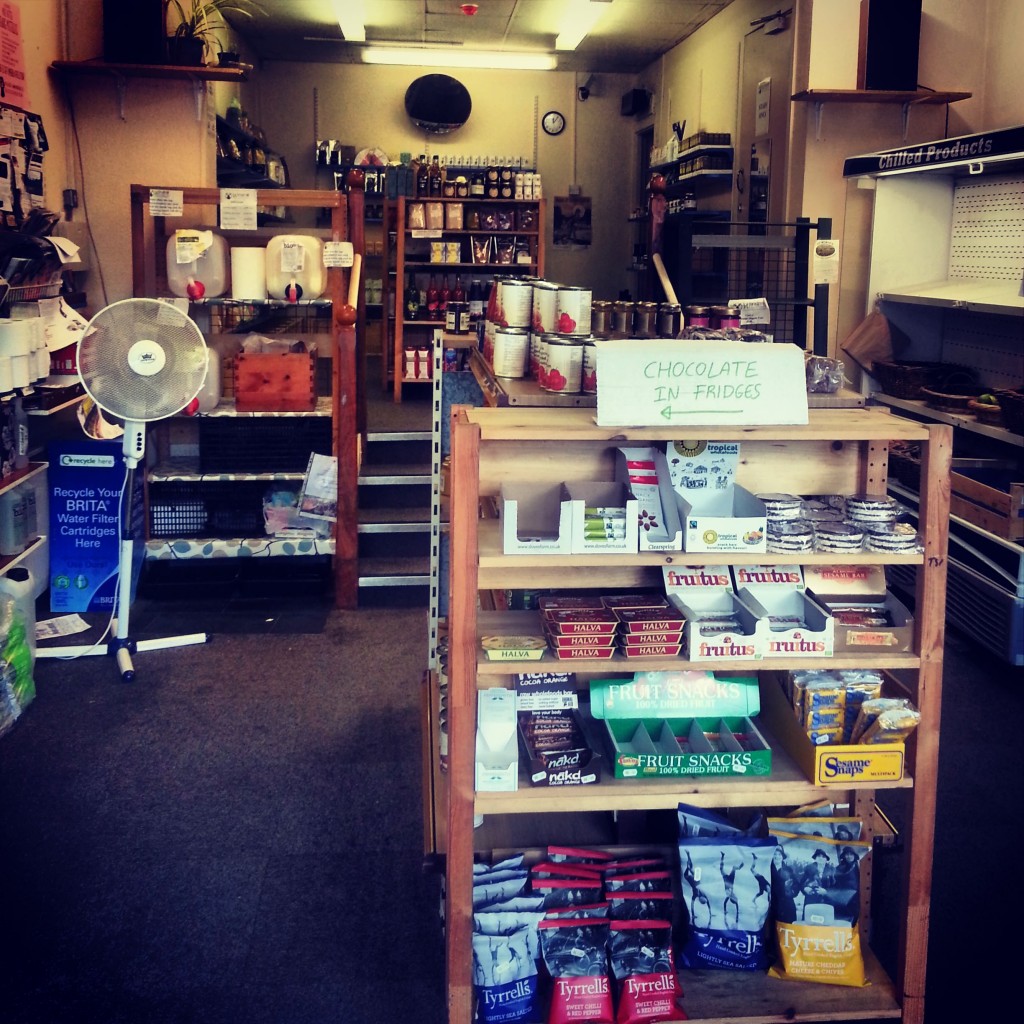 Windmill also cater for the modern professionals, who don’t have time to get to the shops, by offering three different sized boxes to be delivered full of fresh fruit and vegetables. This means  that your intake of organic produce does not have to suffer due to your daily rendezvous’. Windmill are often asked why they don’t stock similar products in the supermarket chains, as more people are likely to buy there. The answer has been the same for over 20 years now and it will always be the same, they are committed to ethics before profit and independents before profit. Their whole stock is based around brands that are ethically minded and ensure procedures are put in place so that the world doesn’t have to suffer due to production.  Windmill are also one of the few workers co-ops in Liverpool which also reiterates their message. 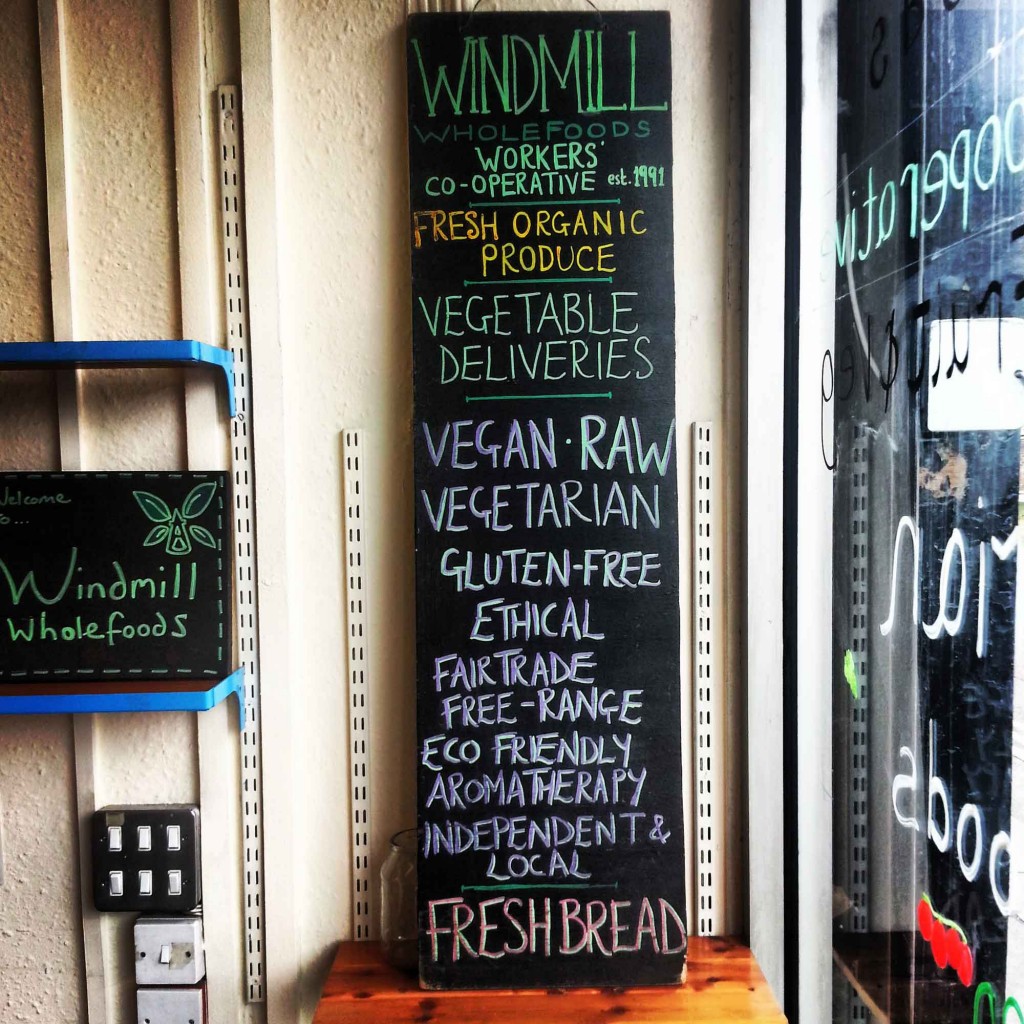 It is impossible not to be stimulated by the doings of Windmill Wholefoods. They have not sold out by selling mass produced goods and this is one of the many reasons why the people of Liverpool keep returning. Send them a friend request ‘Windmill Wholefoods’ and visit their website http://www.windmillorganic.co.uk/.