Born out of many European getaways and visits to New York, the mixologists at Salt Dog Slims have created an experience which winks at German camaraderie whilst draping itself in an American flag and parades around in Scouse nipple tassels.

In other words: good beer, tasty food and a Scouse sense of humour. The beer flows freely in Slim’s as it is drank by the stein, but of course for German merriment to carry on into the wee hours of the night a bite to eat is essential to keep the stomach lined. Instead of sauerkraut as an appetizer, Slim’s look elsewhere for inspiration to silence the rumble of stomachs; whilst burger mania has swept through town, Slim’s are holding the fort strong for New York’s favourite street food – the Hot Dog. 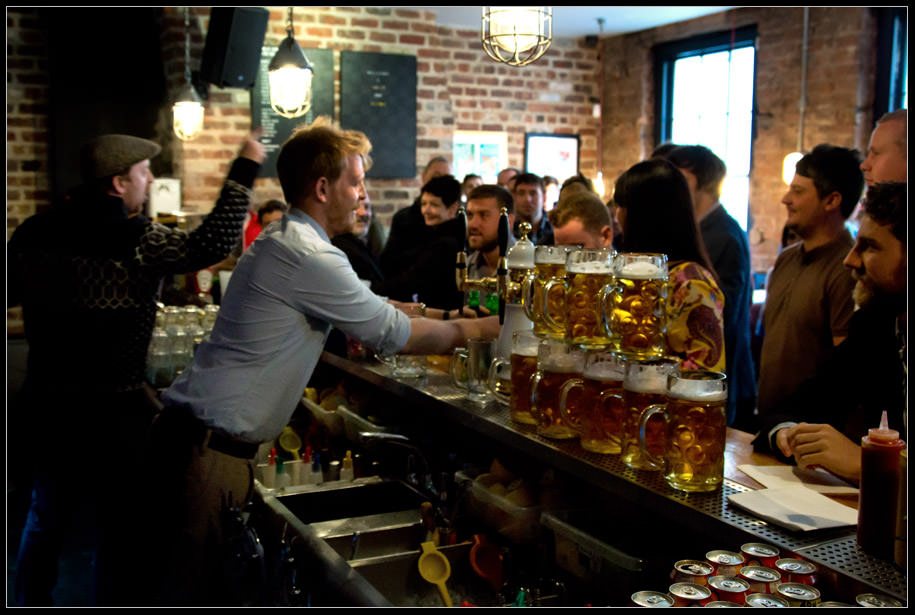 It used to be the case that if you wanted a decent hot dog the only place they could be found was from the hot dog seller outside St Johns. Pass through the emerald green curtains of number 79 Seel Street and you will find yourself in an American styled dive bar where you pull up a seat next to the bar and spend the remainder of your evening. The hotdogs are served on demi brioche buns which are steamed to bring out the sweet and yeasty aroma of the bread. The chili used to be made to one of the Salt Dog’s Dad, but now the quality restaurant Puschka makes the chili that smothers the majority of dogs. We went for the Aye Carumba, a Mexican inspired dog covered in sour cream, chives, jalapenos and nachos. Chili dogs seem to be the latest craze that has swept over from America so it would have been a crime not to try it. The chili itself is a meaty sauce that coats the dog and bun and naturally melts the cheese, it is the right amount of spices to enhance the dish as a whole whilst having enough of a kick to not disappear in the background of the quality of the dog. 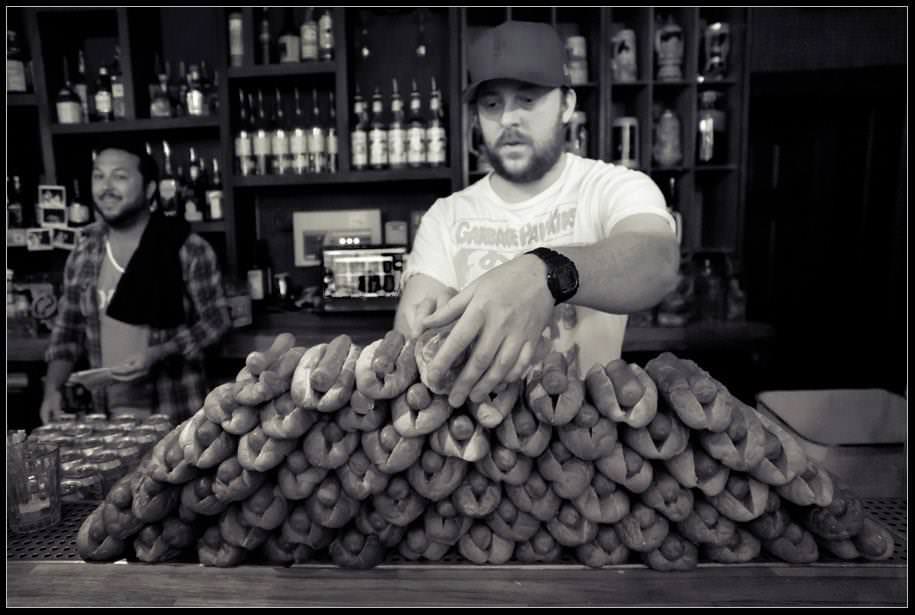 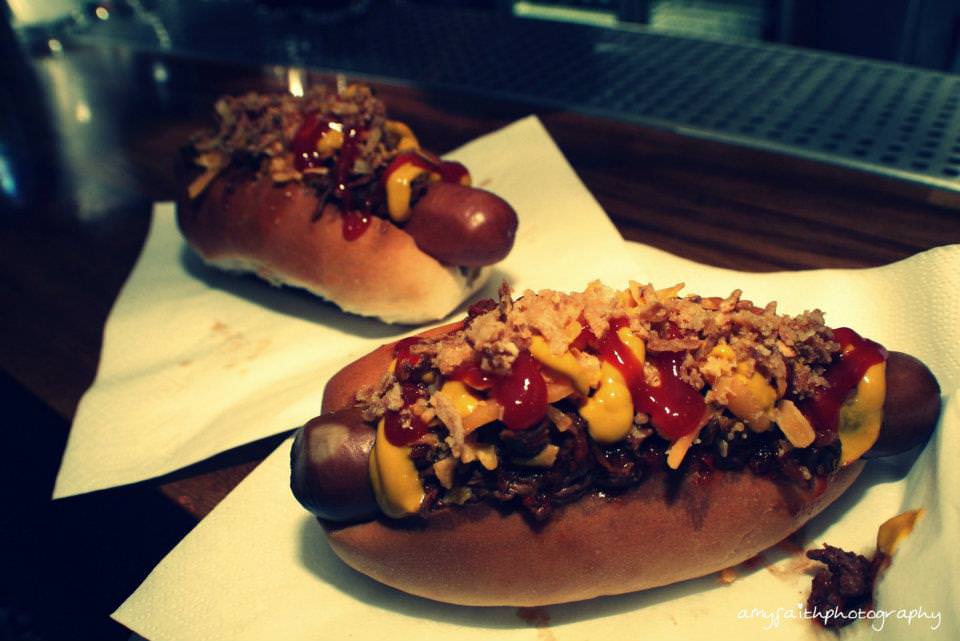 Due to Salt Dog’s being created by the same wizards behind Santa Chupitos and Tequileria El Bandito, expect cocktails that would satisfy even the most zealous connoisseur. As Slims are good at synergising, they are offering quality cocktails but their own personal twist. Whilst ordering a cocktail you can speak to one of the bartenders if you would like to try get upstairs to the speakeasy 81 LTD or alternatively visit www.81ltd.com and apply to get the elusive daily code. Far removed from the classic dive feel just a staircase away, 81 LTD is a 1940’s themed cocktail bar that would have been thriving in the prohibition era. The cocktail menu heavily reflects the effortless beauty that is inside – the Tonic and Tweed was recommended to us which was a concoction of Hendricks gin, tonic water and a sprig of rosemary which offered a subtle yet refreshing infusion.  Although it isn’t a membership bar, you can’t help but feel that when you step foot in 81 you are in the know of one of Liverpool’s best kept secrets. 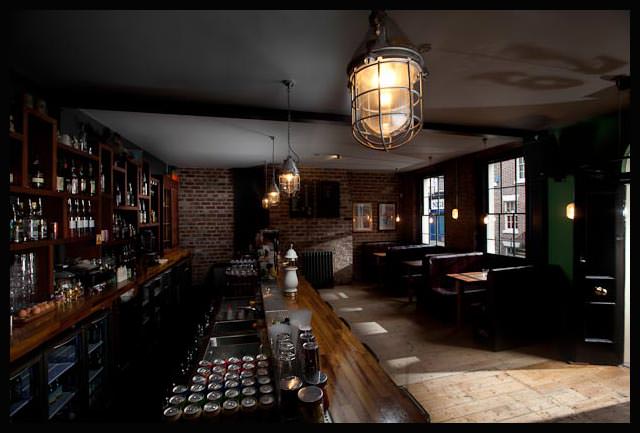 Why is it that things that rhyme always seem to go together so gracefully? If you are an Independent Liverpool cardholder, you can wander down to Seel Street and until 8pm any day of the week, get a classic brine and stein with 20% off, making it just £8. Like them on Facebook Salt Dog Slim’s and follow them on Twitter @SaltDogSlims.