10% off all pies and pie dinners

This isn’t just any pie shop. This is the kind of pie shop where they put lasagne in pastry.

Pullman Jack’s is located on the corner of Ferndale Road and St. John’s Road in Waterloo. First showing it’s face as part of The Little Macaron Shop (which was also in Waterloo), Pullman Jack’s is the brainchild of owner and chef, Lee Caffery. Lee has a glittering CV, for the last decade he has worked on the road travelling the world as a ‘tour chef’. Organising tour kitchens and cooking for some of the biggest shows & artists on the planet – Sir Paul McCartney, Bruce Springsteen, Eric Clapton, Depeche Mode, Kiss, Status Quo, Britney Spears, Katy Perry, Arcade Fire to name but a few. If the pies are good enough for Paul, they’re good enough for us. 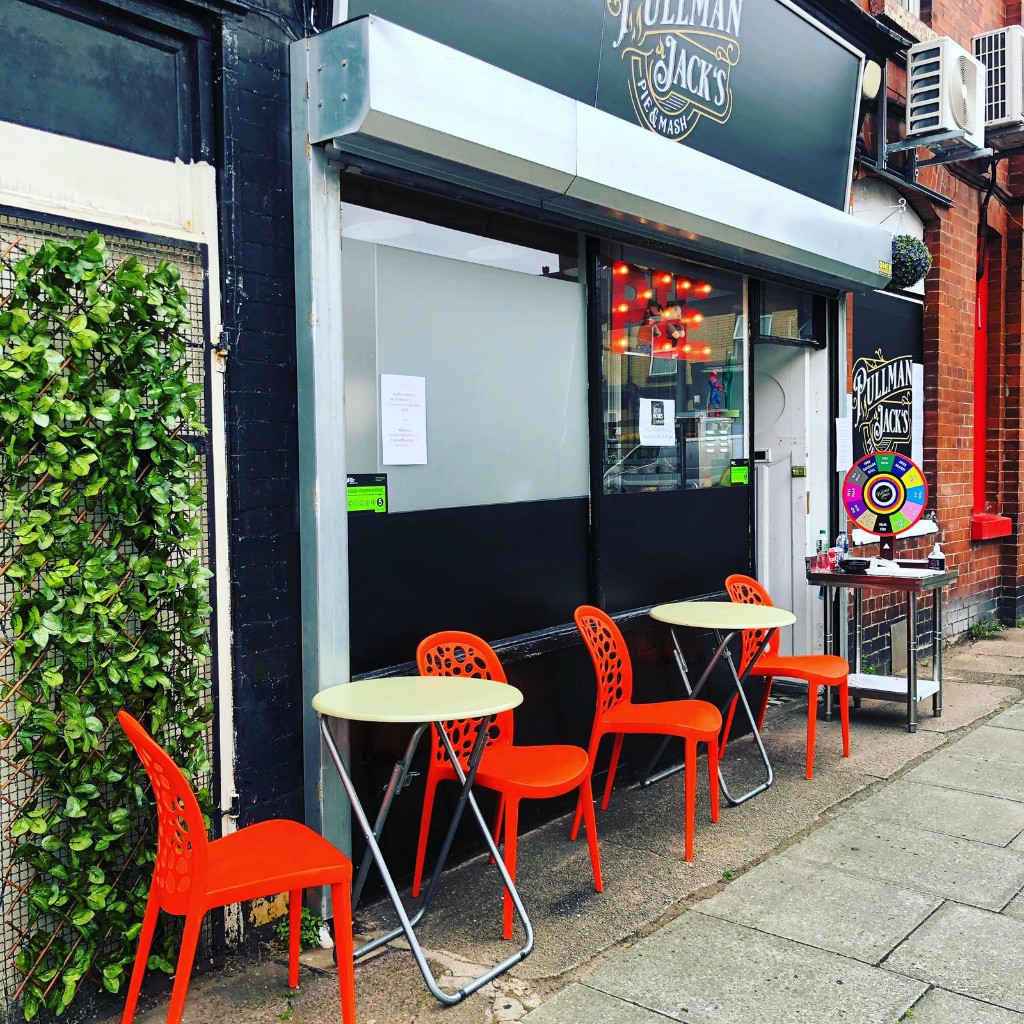 Lee then took some time out to travel to Antartica and spent the Antarctic summer making bread for the scientists based at research stations. After briefly returning to the road as a tour chef, he decided to hang up his backstage pass and settle down for a while. Pullman Jack’s was given it’s break by pastry guru Stephen Maddock of The Little Macaron Shop. Stephen encouraged, nurtured & shared his vast experience, allowing Lee to sell his wares to his loyal army of customers, from his shop on St. John’s Road.

Eventually Stephen decided to hang up his apron and move on to pastures new, but this left a gap in the market left behind the ever loyal army of hungry customers. Lee decided to fly solo and open a dedicated Pullman Jack’s Pie & Mash shop on St. John’s Road since the unique pie fillings & all butter pastry pies had developed quite the following. Pullman Jacks opened on the weekend before lockdown in March 2020 so is still relatively young as a local independent business. 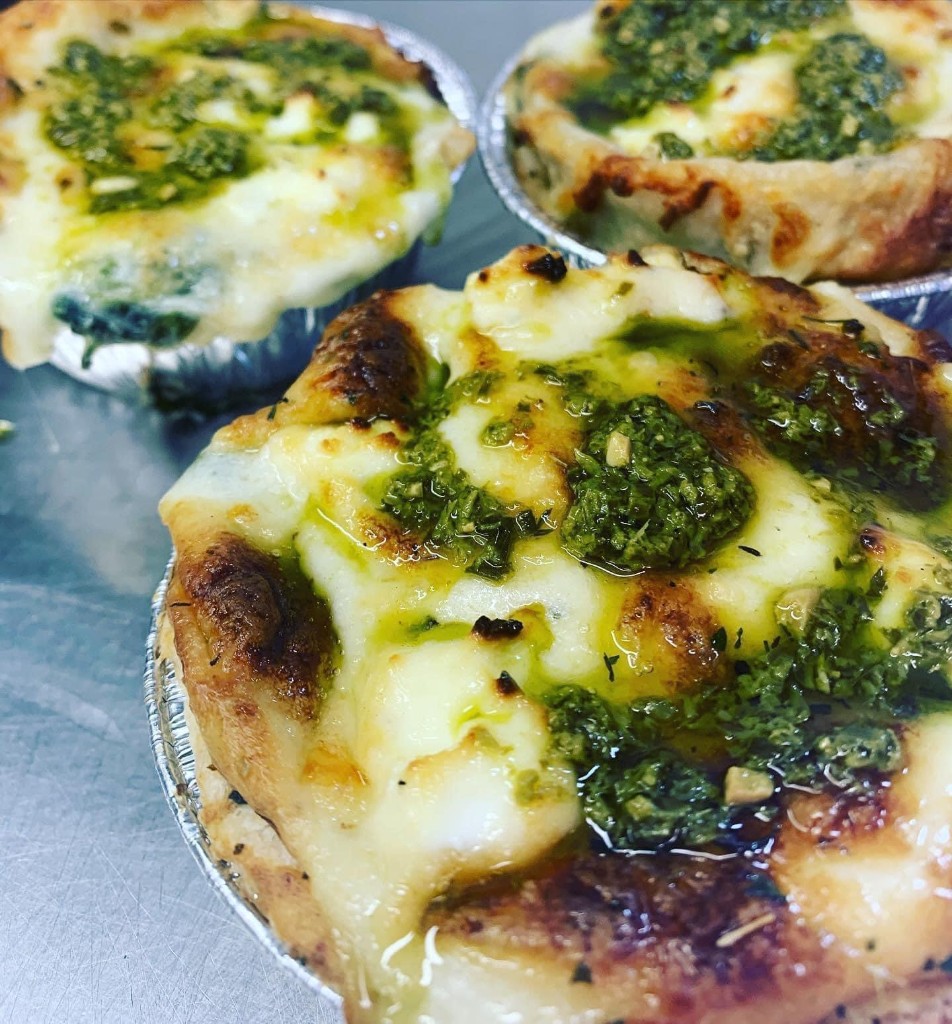 All of the pies in Pullman Jacks are handmade with an all butter pastry recipe encompassing unique flavour profiles alongside more traditional flavours to fill the pies, combining old and new flavours and techniques and plenty of fun along the way. With their quirky names and seemingly never ending stream of themes and ideas to compliment the ever present staples every Friday & Saturday. Vegan Jack’s began life shortly afterwards since demand and enquiries for high quality vegan produce is very much the current (and almost certainly the future) trend within the industry.

Lee’s love of music, and particularly The Beatles, inspired the themes and flavours for the Vegan range. Named after various songs from the Fab four – there is currently a selection of 8 flavours in the vegan range, with many more waiting in the Wings. The vegan range is available frozen to take home and bake at your leisure and can also be purchased on Tuesday mornings directly from the Pullman Jack’s/Vegan Jack’s shop on Ferndale Road when Lee or his team of chefs are there, making the pastry fresh for the week to come. 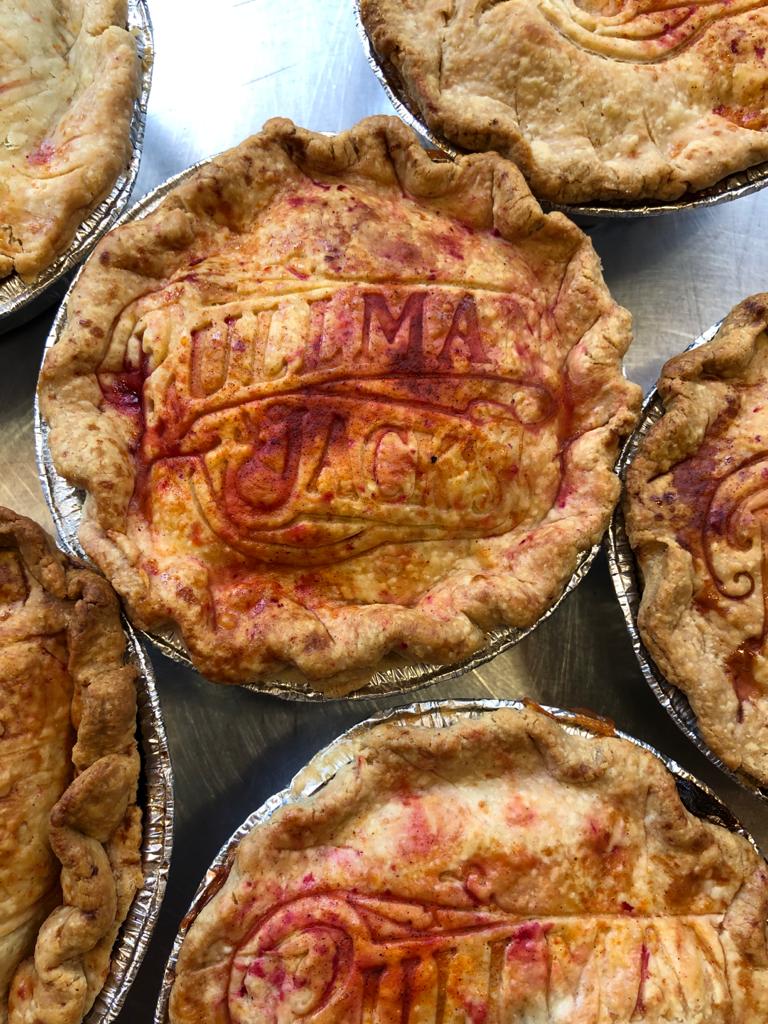 Pullman Jack’s/Vegan Jack’s offer freshly baked Pie & Mash to takeaway, with home cooked mushy peas and traditional gravy for both regular & vegan pie lovers alike. Pullman Jack’s is currently open on Friday & Saturdays 9:30am – 3.00pm. There are plans in the near future to increase the opening days and they are also looking to team up with suppliers and businesses to stock and sell their amazing pies.