10% off total bill all week

The Penny Lane area is alive and kicking and it is becoming just as famous for its food as it is for that song by those four lads.

Have you ever had the displeasure of eating out with a fussy eater? If you’re sitting there thinking “I don’t think I have”, that means you’re probably the fussy eater. Watching them humming and harring over where to eat, asking to swap ingredients with others and giving eye contact with the waiter or waitress to apologise with your eyes for them to look back and feel your pain. We’ve all been there. What if we told you, there was a place that could please the most fastidious of foodie? A place where one of you can be in East Asia eating crispy chilli beef with sticky rice and the other in South Africa, dining out on a local delicacy that is the fuel of the workforce? A place called Portland St 358. 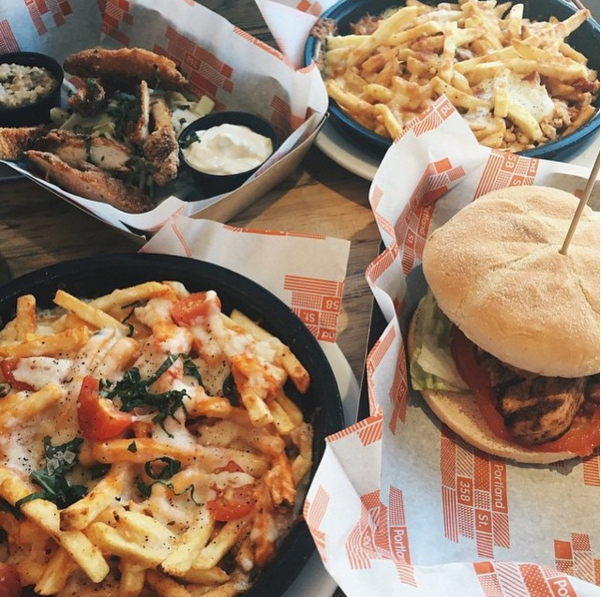 It is hard to miss Portland St 358’s striking facade, it is a certain shade of orange that no man or woman has ever been bold enough to use and although deep down it probably shouldn’t work, it totally does. It is vibrant, fun and provides a welcome change. Just opposite the Mexican Tavern, a legendary restaurant with national acclaim for its breakfasts, and just around the corner from Neon Jamon and Tribeca, Portland St 358 steps on nobody’s toes and slots in quite nicely with the area that seems to be going from strength to strength. 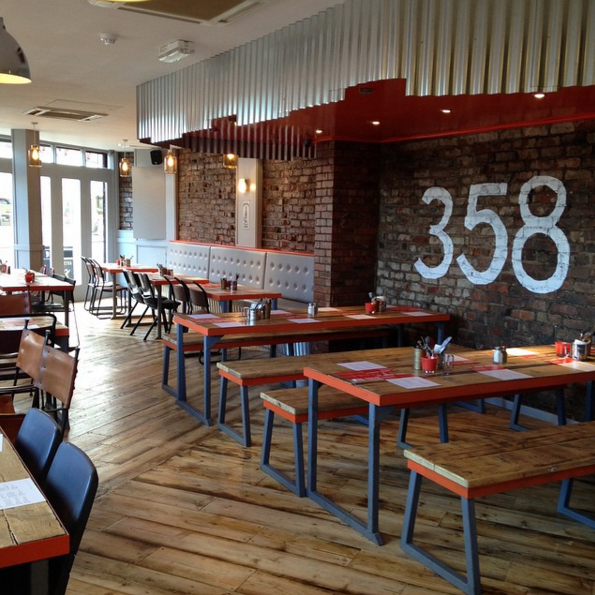 The menu to us, is what 50 shades of grey is to some women. It is a good job those bad boys are laminated or our drool would have smudged half of the words off. The theme of the restaurant is “street food” which means you can travel the whole world in a 40 seater dining room. On the menu you’ll find influences from China, England, America, Jamaica, the Middle-East, India and more. This is what separates itself from the crowd. No longer are you confined to just the one continent. We’ve never done it before but we heard some people “share food” (we think that’s how you spell it) so if you do partake in such barbaric antics, it’s a good place to do so. 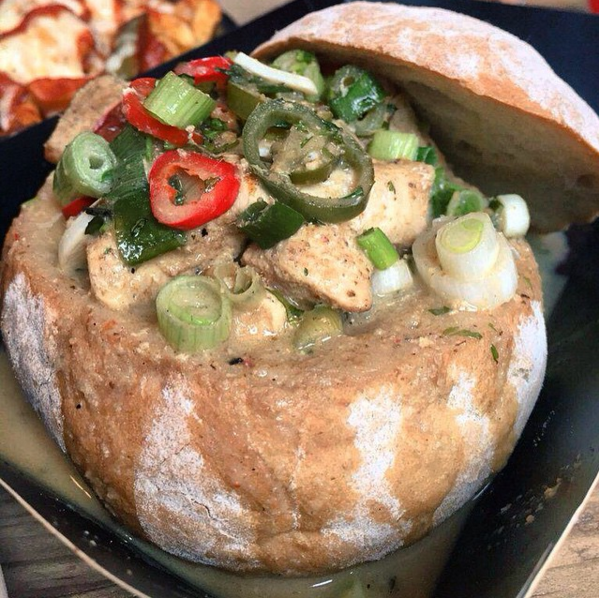 For starters choose from freshly made calamari, BBQ belly pork, peanut chicken satay and more. For mains try and take on one of their burgers without having to bask on the couch like a woozy sea lion, let intrigue and the search for comfort get the better of you with a bunny chow or have a private moment with the pizza fries. Right, the pizza fries. These bad boys deserve a whole profile themselves but we’ll try restrain ourselves to just one paragraph. The humble fry was once a side, an after-thought and something to compliment the centrepiece of the meal. Nowadays they’re giving mains everywhere a run for their money and Portland St 358 are doing some things with theirs that can only be described as sheer filth. From the “Margarita” version that is chips covered in cherry tomatoes, basil and black pepper to the “Tennessee” which is pulled pork, mixed beans and honey BBQ sauce, we never thought we could find such happiness in one skillet. 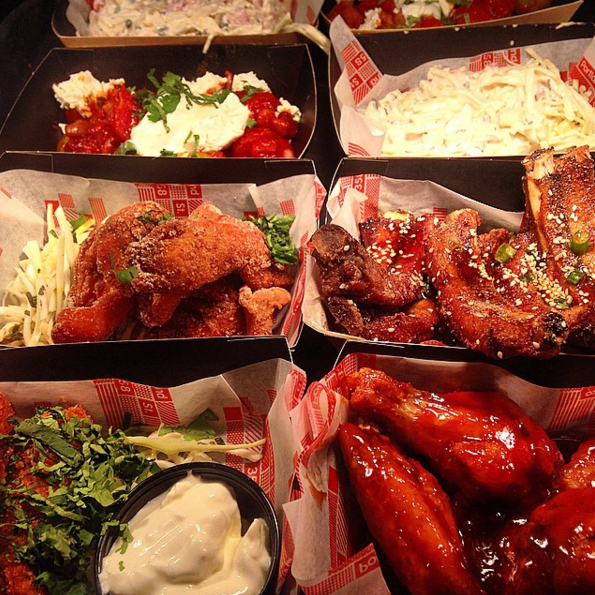 Feeling full? Well it is a good job there is a special organ, a “second stomach” if you will, for dessert as Portland St 358 are knocking out some desserts that would make Mary Berry need a sit down. If you fancy being transported back to your childhood within a big glass of nostalgia, go for the “Screwball” – a Mount Everest of bubble gum and vanilla ice cream with squirty cream, raspberry sauce and obviously, a massive chewy. Got a sweet tooth? Might need a sweet mouth if you fancy taking down their famous jam doughnut sandwich. It is basically a doughnut cut in half with ice cream in the middle and butterscotch sauce. Fear not health freaks, there is a strawberry on top and if we all recall back to GCSE Science, it has been proven the slightest introduction of fruit into a meal automatically negates the unhealthy stuff. It’s science, folks, don’t bother arguing with us. 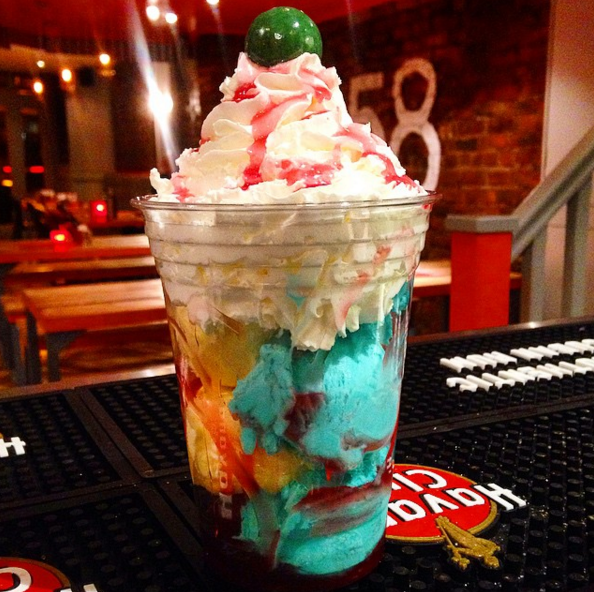 Portland St 358 isn’t fast food by any means, it is flavour with a dash of flair. Flavour that leaps out of the plate and punches you so hard in the face that it could be done for GBH. It is a combination of what locals from every corner in the world would eat in one brightly-lit restaurant and we can guarantee you’ll find your new favourite dish here. As well as good food they’ve got an awesome craft beer and cocktail list. From the fancy and over the top to the traditional, they’ll make sure you go home full and merry.