“Of all the tea rooms in all the world, we had to walk into this one”.

Located on 185A College Road lies the 1940s inspired Crosby Tea Rooms which is providing a space in a time where there are but a few places left where the humble tea drinker can remain patriotic with a proper cuppa. There are the few rebels out there that aim to keep our ancestors wishes of drinking tea alive and Crosby Tea Rooms has been doing so for the last 15 weeks. Modern society has demanded an on-the-go lifestyle which relies on coffee but we are here to say that we as a nation have become overrun with hollow bags of Typhoo that resemble tea but do not give it justice. Comrades, we are well known for being a nation of tea drinkers so let us all unite in this valiant mission to put tea back into the hands and hearts of the people of Liverpool. 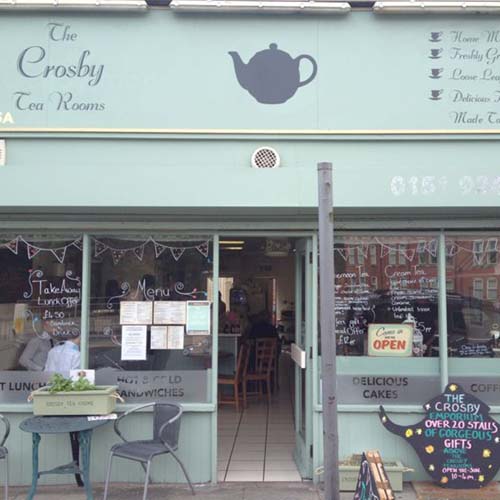 Whilst wandering through the beautiful architecture of Crosby, we walked past what we thought was just a run of the mill coffee shop. That was until we actually took a second to look inside and see the live jazz band in the corner floating out soft sounds of jazz. After we digested this quite serene and surreal moment we were transported into the 1940’s as we let our eyes wander the tea room kitted out with vintage items. Jenny, the owner with a certain debonair about her, greeted us in her floaty polka-dot dress to give us a brief history of how her dream came to fruition. She self-confesses to being born in the wrong era, more braces and bow-ties rather than Blackberries and Bluetooth. As she doesn’t have a time machine, she decided to invent her own and invites anyone to walk through the time-warp and even wander upstairs where a vintage emporium lies. 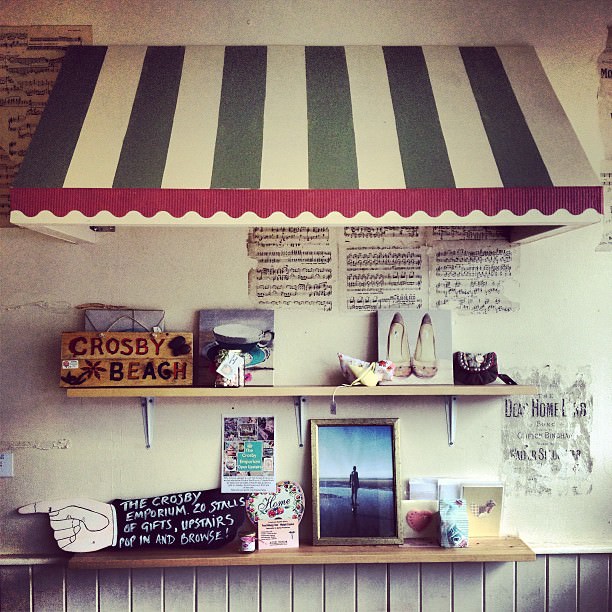 After a mini-tour of the extremely well -developed building, it was soon time to eat! During the prohibition era, teapots and teacups were used in a cunning fashion as a way to drink liquor, today was all about the tea. We decided to pay honour to the pedigree of the tea world and have a cup of the classic everyday English breakfast.  We also decided to make the bold move into the world of contemporary tea in which we were recommended a cup of Rooibos which is as rich in aroma as it is in health benefits. We had heard great things about all the locally sourced food so we had confidence in any choice. We ended up with a creamy goats cheese, sweet caramelised onion and fresh tomato ciabatta with homemade coleslaw and side salad with balsamic drippings. There are fewer matches made in heaven as sublime as cake and tea so we decided to try a slice of the many cakes, homemade by Jenny herself. We were recommended the pear and hazelnut cake which was so moist and delectable that we knew even if we bargained for the recipe, we would still not be able to replicate the quality. 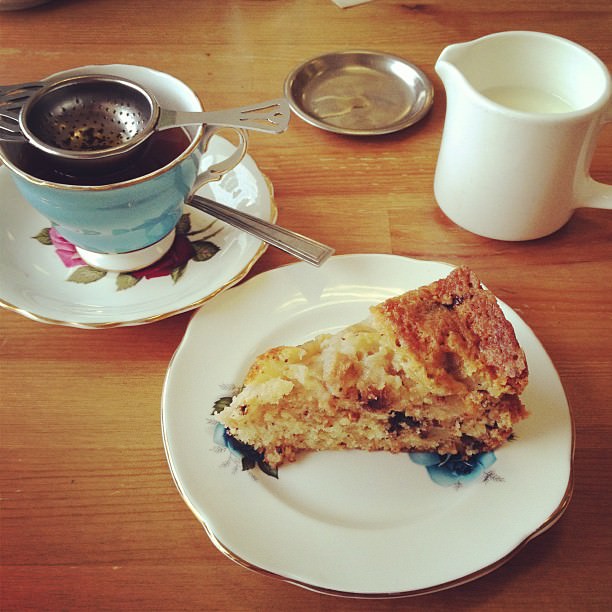 When you say something is trapped in its own time, it is usually a given that it is a negative, but not this place. So many establishments are trying to be at the forefront of modernity and evolve as the world the people in it also do. We believe in a very short time Crosby Tea Rooms has realised who it is and we hope that nothing changes.  With tea pots, homemade cakes and ornaments from the post-war era, it is like that famous pastime of visiting your Nan but the cakes are better (just don’t tell her that). Independent Liverpool cardholders will be glad to know you can get a free tea when you buy a slice of cake and 20% off meals Tuesday-Friday. Follow them on Twitter @CrosbyTeaRooms to keep up to date with their ever changing menu and broad list of teas and make sure you head down there today.