Wolstenholme Square – what do you know about it?

Well, it’s hard to pronounce and even harder to spell for firsts. It was the home of that rather sperm-like art installation that we all seemed to quite like. It was where revellers of the night spent evenings in Kazimier and Cream -before they were bulldozed. It’s now home to some rather “a face only a mother could love” high-rise flats. But, amid the nostalgia and “more student flats” tut, is a rather charming place called Clockworks mixing the beauty of old and new Liverpool in one of Liverpool’s oldest warehouses. Intrigued? You should be. 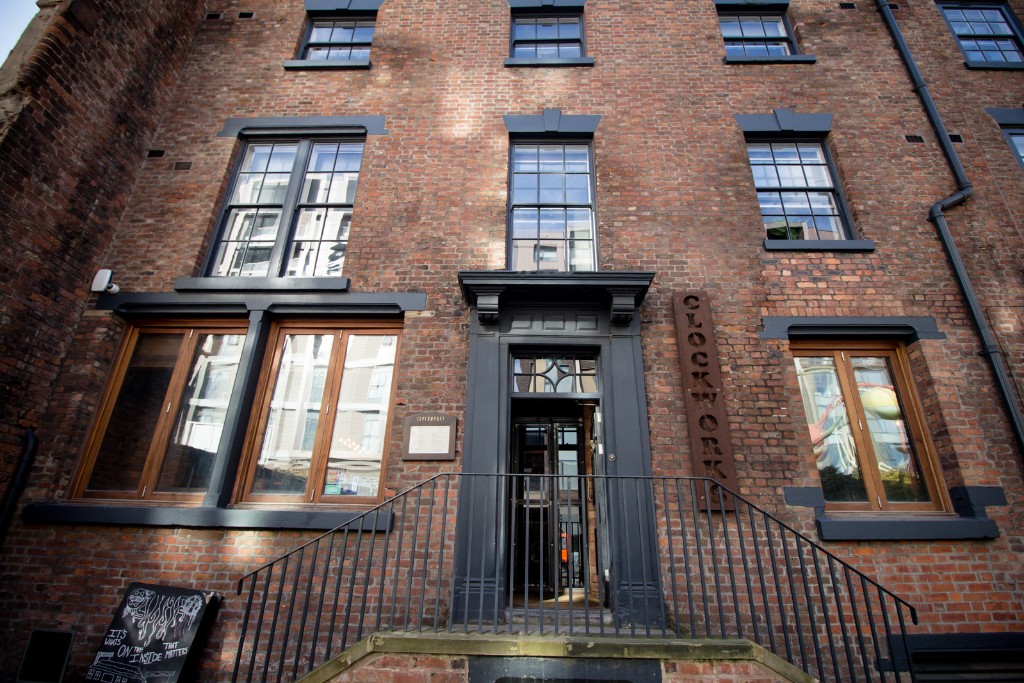 Clockworks’ home is a super industrial building that has stood for over 200 years. Having originally been used as a merchant house back in the 18th century, the building’s history and heritage is a crucial part of the venue’s character. With the combination of exposed red brick, steel and iron they have managed to create a comfortable and unique look back into a twisted industrial era. We somehow managed to sum that up without using the two most disgusting words in the English language: “industrial chic”. The cosy leather booths, warm lighting and constant chatter help to give things a more homely feel. 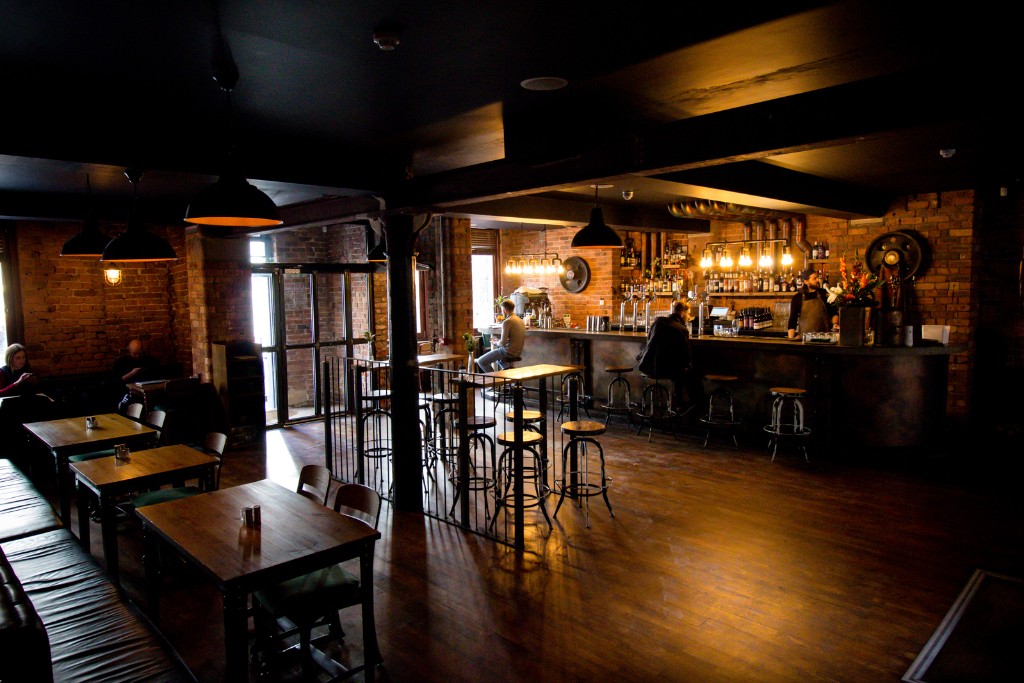 Clockworks is a place for breakfast, lunch, dinner, cocktails and late night bevs. We love spaces like this. That seamlessly float from dusk til dawn without any intervention. Where a Full English and a flat white become French Martinis and fish and chips in the blink of an eye. The restaurant’s menu has been inspired by a variety of different culinary influences and features a handful of traditional plates that have all been twisted and tweaked in subtle, contemporary ways. Guests will find the likes of sweet potato fish cakes, slow roasted pork belly with pumpkin mash and a hearty lamb and feta burger on the menu. 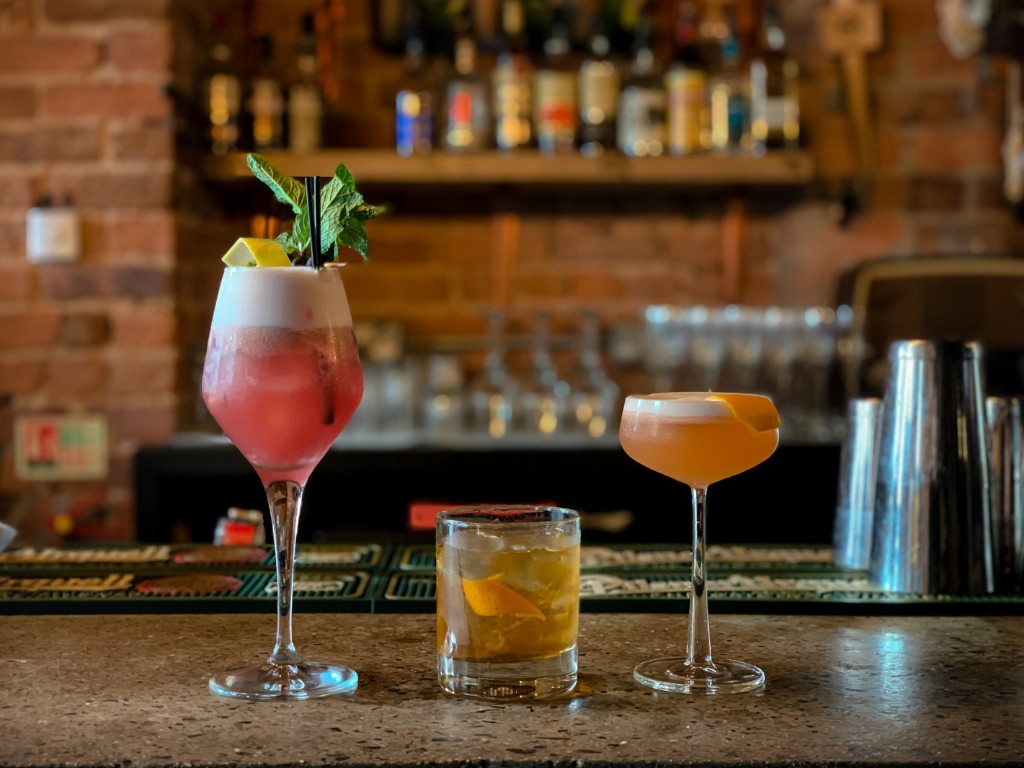 You’d think, with such a lovely and seasonal food menu with no corners cut that drinks would be an after-thought. Oh no. House cocktails, old-school classics, a brilliant wine list, great craft beers flowing through the taps and a fridge full of bottles and cans. We can’t get enough of the ‘Marmaduke Martini’ – a chuggable  mix of Bombay sapphire, peach, aperol, lemon, sugar, marmalade and egg white. Sunday roast fans – we get 100’s of you messaging us a week asking for a place to get a Sunday roast to rival your Nan’s and Clockworks is up there. Choose between topside of beef, chicken breast or a veggie roast with all the trimmings and make sure you finish with the ‘Campfire Cheesecake’ topped with toasted marshmallows. 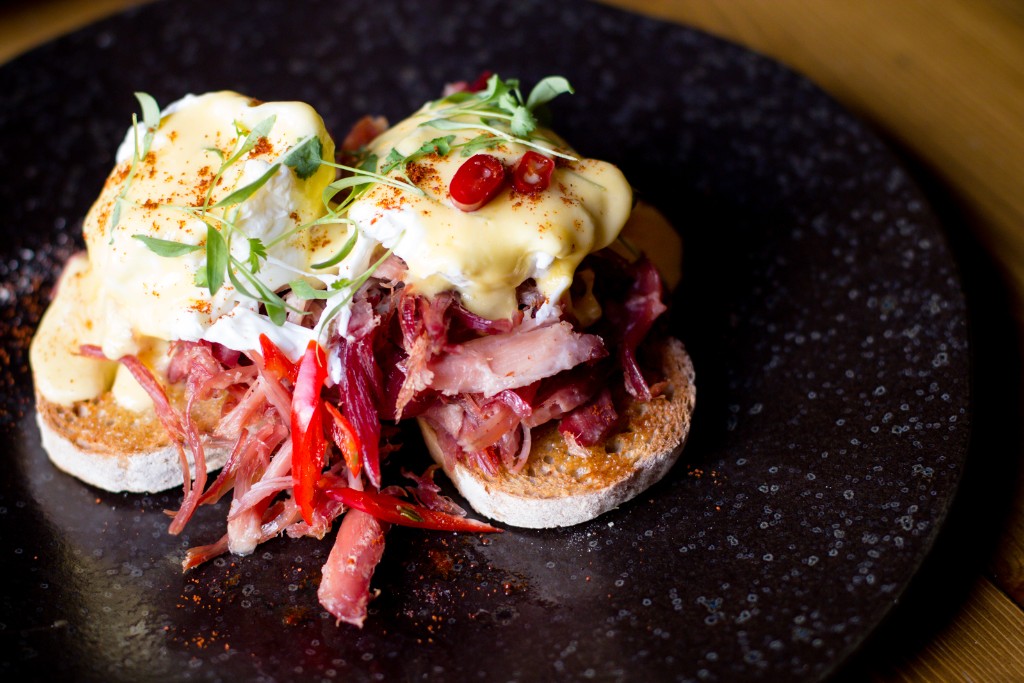