Meet The Woman Only Publishing Good News About Liverpool

After the Daily Fail’s fiasco yesterday, we’re all in need of a bit of good news.

Enter Rebecca Keegan, a woman at the vanguard of the positivity revolution who believes the pen is mightier than the sword. You may have noticed that we only tell you positive stories. Many have questioned us, many have shunned us for portraying a biased, one-sided and harmonious view of the city we all know and love but we wouldn’t have changed a thing. It isn’t so much that we choose to ignore the negative, we just feel the world is already a pretty dark place and if our stories can somehow make it a little bit lighter, then we’re happy. The same mantra has led Rebecca Keegan to start ‘Good News Liverpool’, an alternative media outlet spreading positivity that you need in your life. 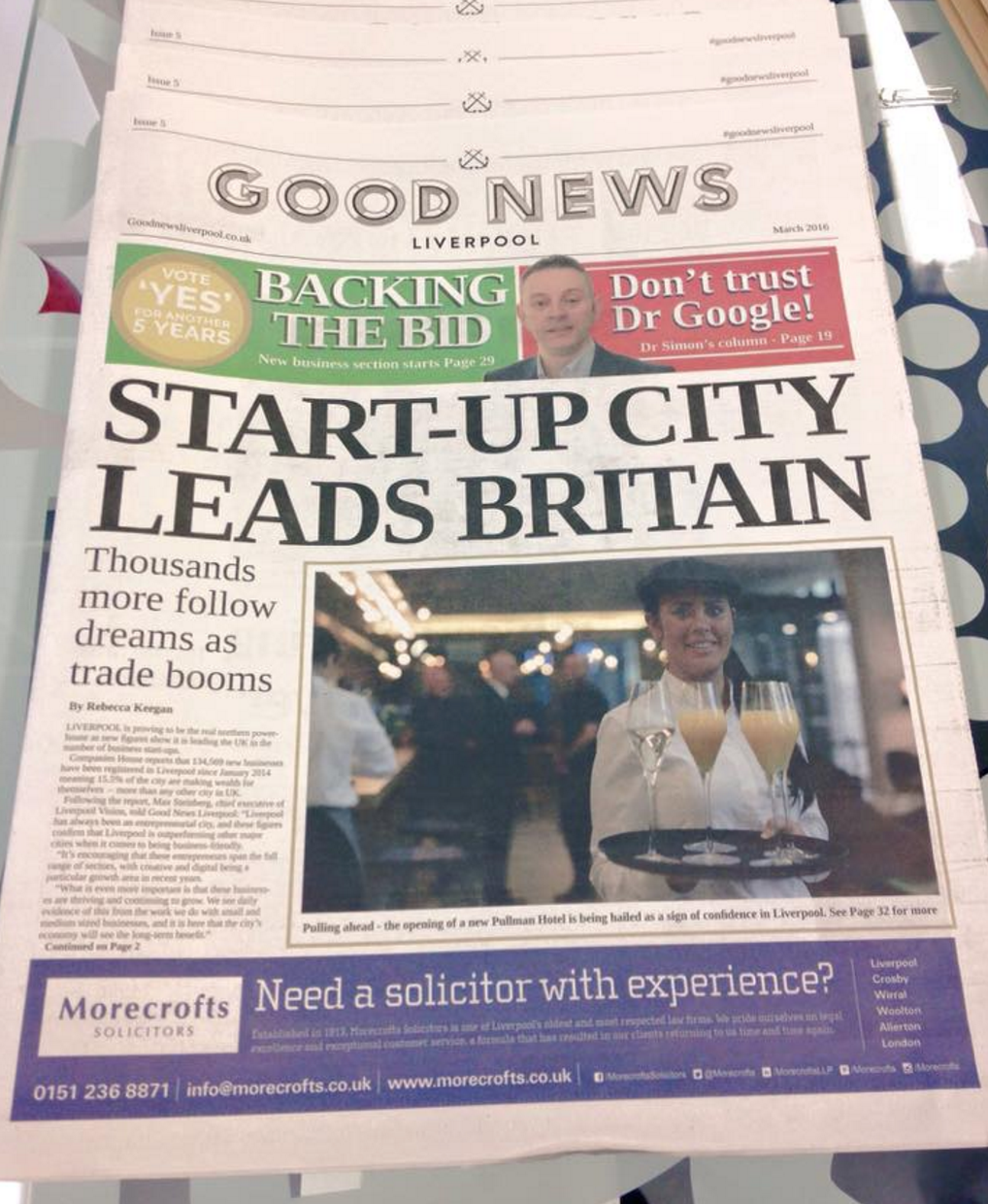 We caught up with her to discuss how it all started and where it is going next:

How did all this start?

Put simply – I was fed up of reading bad news. It was putting me in a bad mood. I am a former newspaper reporter and I know the pressure put on journalists to produce dramatic news, but I thought it was time to start putting some of the good news on the front page. This is never going to happen long-term in general tabloids both local and national so I decided to launch one dedicated to the positive news. I’ve been a qualified journalist for 10 years, so I receive a lot of news in my emails – a lot of it great news. It’s rare that we see this good news in printed press, and I think it deserves attention. Also, I did a lot of surveys and market research in the two years planning Good News Liverpool and the general population were sick of bad news all the time too. Liverpool is a brilliant city with so much going on in all post codes. Yes bad stuff happens – but people should also turn their attention to the good stuff, success stories, ambitious stories, bizarre and brilliant stories. If nothing else it just cheers people up a bit!

We see you have a newspaper now, when did that come out?

The first issue came out in late August 2015 and was launched at the same time as the website. It was always going to be a printed tabloid. We were bi-monthly for a while and in December 2015 to monthly. We are now on deadline for the April issue. 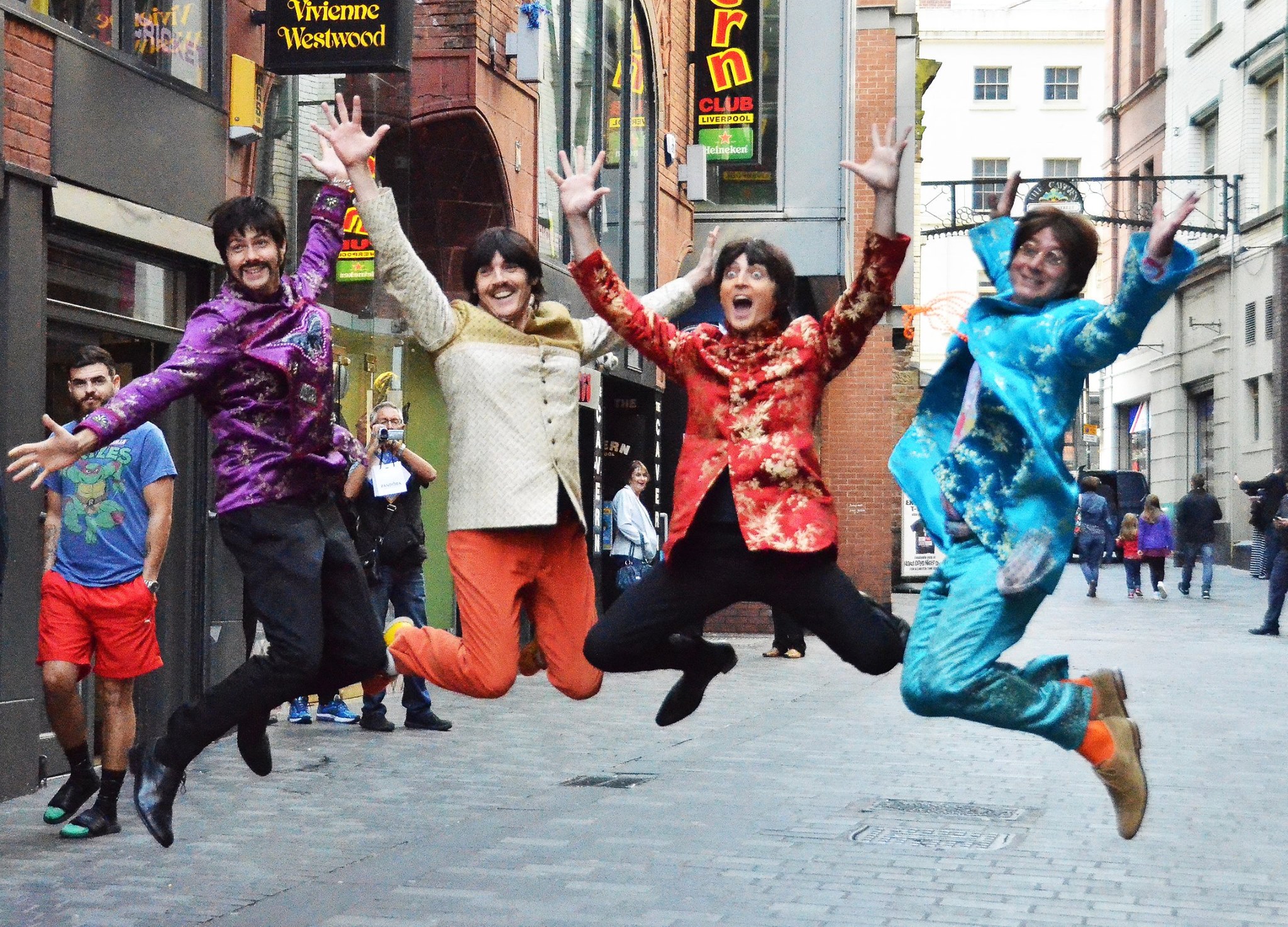 What can we expect from you in the future?

The newspaper distribution is rising all the time. Good News Liverpool isn’t a ‘city-centric’ publication. Of course we do distribute in the city centre but make a huge effort to put the paper out in communities. On our list outside of the city centre we have GP surgeries, community centres, pubs, small businesses, nursing homes, schools and more. I want to grow this and keep taking positive news out to communities. We are also looking at a new app which will be developed over the next few months so people can download and get a cheer-up fix even easier. I always want new distribution points so if anyone wants a bundle of papers please let me know!

What were you doing before this?

I am a trained newspaper journalist by trade (my first staff reporter job at Champion Newspapers based in Southport 10 years ago) I moved into marketing gradually and for the past 3 years I have been working at Morecrofts Solicitors as their marketing manager. I am still there working three days a week and they are extremely supportive of the newspaper. As an independent business themselves they know the pressure of running a business and they help me a lot.

Check out the website here or pick up a newspaper whenever you see one.