Dubbed the ‘game changing beer festival’, Liverpool Craft Beer Expo is set to return to Camp & Furnace on the 5th June to the 8th June. We met up with Tony Seasman, co-founder of the Expo, to find out a little more about the weekend. Beer, it is a peculiar substance, rarely do things that taste good also have favourable effects. Whether you’re unwinding after a hard day at the office, catching up with friends at the weekend or it is a Wednesday, we as humans are always finding excuses for a nice cold frosty one. We all agreed that it’s a good time to be a beer lover living in Liverpool right now. With the likes of Liverpool Craft Beer, Mad Hatter Brewery and Liverpool Organic, we have a great selection of home-grown beers to be proud of and to enjoy. But we also possibly have one of the most exciting beer festivals in the UK – the Liverpool Craft Beer Expo. This expo was born out Tony’s appreciation of craft beers he had tasted on his travels around the world and he wanted to raise the profile of some of these fantastic breweries and bring their beers to Liverpool. That’s when he had his Eureka moment to set up a beer expo as a way for scousers to enjoy these beers. When thinking about the idea for the expo he spoke to Paul from Liverpool Craft Beer for some advice and it turned out that both he and his business partner Terry were keen to host their own festival – so it was only natural that they worked together and expanded their team to create one of the highlights of the summer. 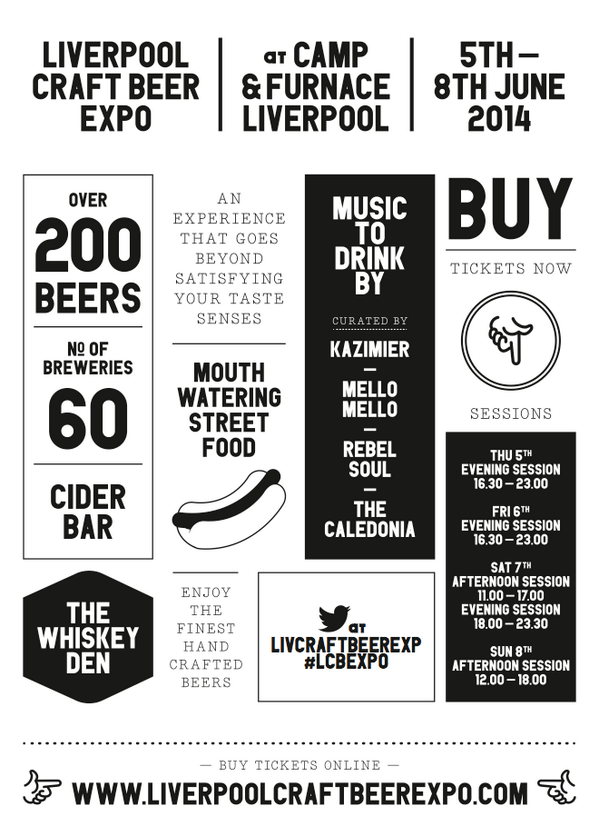 All of them are keen beer festival goers themselves but they wanted to raise the bar and challenge people’s pre-conceptions that beer festivals are for oldies sitting around drinking halves of bitter. For the team to raise the bar they knew it was essential that it wasn’t just about good beer – the music (sounds for your ears will be provided by Kazimier, Mello Mello, Rebel Soul and The Caledonia), food and venue were equally as important for people to enjoy themselves. For this to be the case, the venue plays a big part in attracting a mixed audience – this is why they chose Camp & Furnace. Like Tony says, people love the food there and it’s a venue that attracts young and old, which helps to create special atmosphere. Last year, 35% of the audience was female – something you don’t get at most other beer festivals. After a few healthy portions of dutch courage it might be a good opportunity to chat someone up, beauty is in the eye of the beer holder after all.

There’ll be over 200 beers (and some cider) from 60 breweries this year including; The Celt Experience, The Kernel, Buxton Brewery, Camden Town Brewery, Magic Rock Brewing, Black Jack Beers, Five Points Brewing and many, many more. For the connoisseurs out there, Tony assured us that they go through the expense of making sure that all of the beers are temperature controlled, served on hand-pull and they also rotate beers so that there are new beers at each session. Astonishingly, they actually drove directly to breweries around the UK last year and sourced many limited edition beers, showcasing their passion for the cause. 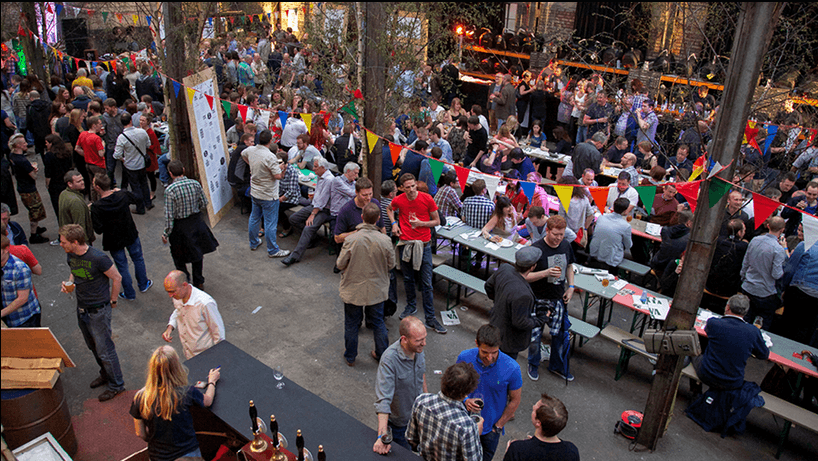 The Saturday and Friday sessions are fast selling out and won’t last much longer as the event draws closer but the event itself is four days so try and make it down one day and you can do so by getting your tickets by visiting here or you can buy them at The Twenty Three Club on Hope Street. If you visit all four days, we are in no way jealous of that hangover on the Monday but we are equally not worthy of your stamina. There’ll be plenty more breweries added and people can keep up to date by visiting their website and by following them on Twitter @livcraftbeerexp. The event promises a rather beautiful setting where the humble beer drinker and the ale aficionado collide for a few days and clink glasses in merriment together. Think of the atmosphere of a festival without the need for wellies and you have a good idea about what Liverpool Craft Beer Expo promises.

See you there, the first Mad Hatter is on us.