Kids, fancy a history lesson? In a land far, far away from now there was a time when the only way to listen to music was to remove huge UFO frisby-looking objects from their well kept sleeves and to put them under a mystical looking player with the steadiness of a surgeon and hope you didn’t scratch it. There were no iPod’s, no Spotify and no earphones to aid you from talking to anyone. In the 1980’s there were more than 2,200 record stores in the UK, but the advent of music downloads on the internet has seen shops close, shutters pulled down and owners re-train. A dying profession, a lost past time and a sad state of affairs. Or is it? Vinyl is making a comeback, largely due to an equal mix of risk takers and the popularity of World Record Store day. It is usually a blessing if a record shop stays open, let alone a new one opening.

Enter Jacaranda, a cornerstone in Liverpool’s music scene and they’re opening a record shop at the end of the month. But knowing the guys behind Jacaranda, there’s a few surprises thrown in there. We caught up with Managing Director Graham Stanley to hear all about it.

So, tell us all about Jacaranda Records?

Well when we first started planning the re launch of the Jacaranda in the early part of last year the one thing we knew was that we wanted it to function as a centre for Liverpool’s music scene and everything we’ve done in the building has kind of sprung from that original idea. The other thing that was feeding into it was trying to find a way to pay homage to the history of the building with Alan Williams and its place in the Beatles story without turning it into a mausoleum – It had to be current and work in its own right. For us the biggest honour we could pay to the past was to try and turn it into a place that the next Beatles could meet, hook up and form a band and ultimately end up playing.

Having 3 floors to think about we needed to find a way of making sure they all paid into those ideas in some way and while it was an obvious choice to make the ground floor a straight forward bar and to return the basement to a live venue and practice room, we were honestly stumped when it came to what to do with the first floor – then I kind of had a Eureka moment on Xmas Day sat on my porch thinking about the beautiful Steepletone Record player my wife had bought me for Christmas and it just seemed obvious that we should turn it into a 50’s style record store!

So that was really the origin of the whole project and it’s just kind of snowballed from there! We’ve really tried to pack in as much as we could:  It’s a coffee shop and a record store and it will morph into a drinking space as you get further into the evening.  I think we knew that to make it work each of the elements had to be as unique as each other so the coffee is some of the best we could source and the machine we’re installing to serve it is first class.  The sandwiches are coming hand made from a local supplier who is actually baking the bread – honestly it’s beautiful. The record store is selling both vintage vinyl and reissues/new releases, and you’re actually going to be able to open them up and play them at your table in the cafe while you get a drink.

If we get it right then it’s going to be a place that you can not only buy vinyl, but listen to it, bring your own in to play and hang out, eat your lunch, have a coffee and eventually let the day slip into the night and have a few local craft beers or whatever your particular brand of poison is. I’d like to think that lots of different people will come in and use it in completely different ways. 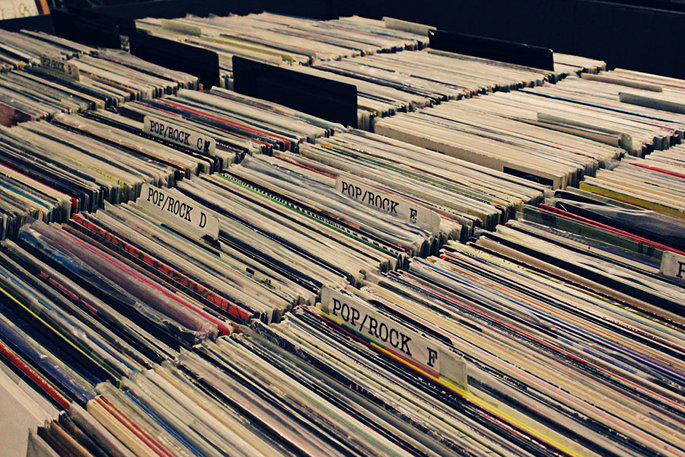 Vinyl seems to be making a comeback, why do you think this is?

Yeah, I’ve been thinking about that a lot as this project has gone on; it kind of seems to be at odds with the modern world doesn’t it!

It’s interesting that while we’ve been planning the store we’ve obviously been doing a lot of research and what has really blown our minds is that this is not being lead by middle age men, I’m mean obviously we’re a part of it too, but it’s the age of people we’ve seen and been talking too: this is really being driven by 18-20 year olds who are really getting into vinyl, especially girls – we’ve spoken to so many who are just insanely passionate about it.  It was really, really unexpected – I’d just assumed it was a midlife crisis thing!

For me the love of vinyl never really went away and I guess the things that are bringing people to it are the same things I’ve always loved.  It’s the smell and the touch and the feel – just the tangibility of it.  You know there’s a kind of connection between you and the music when you’ve got to drop the needle by hand, that you never really get by pressing a button on your phone, and of course Album art never looks as good as it does on a 12” cover!

What is going to be different about your shop to the other vinyl shops in town?

Well hopefully it’s a lot more than a record shop.  That is definitely the biggest element (as we’ve bought over 700 vinyl for the launch), but it’s really all about that lovely moment when you buy something, and you find somewhere quiet to peel of the packaging and then  just look at it before you take it home to enjoy.  The only difference is that all this happens in the shop.

We’ve built in some incredible booths that we’ve had custom designed so you can sit down with your friends and listen to the records you’ve bought; actually you don’t even need to buy one we’re going to have a selection for you to play – you can even bring your own in from home and just hang out.

On top of that this is a fully functional cafe and coffee shop, so hopefully even if you’re not in the mood for buying vinyl, you can just come in and have your lunch or a coffee and chill out. The booths have been designed so you can listen to any piece of music in the building at your table – the ground floor juke box or example; or what the guys are listening to in the booth next door.

We hear you can record your own vinyl, tell us about that?

Well this part of the store is really something special.

We’re bringing over a 1948 Voice O Graph booth from the States and as far as we know the only other one that the public can get their hands on is in Jack White’s Record Store/Recording Studio Third Man Records in Nashville.  These things are an incredible piece of history, but they’re also just phenomenal in their own right.  Imagine a photo booth that you go in and instead of taking your picture it records your voice, or whatever you play straight onto a vinyl 7’ and then instead of a strip of pictures falling out the bottom it’s your own 7”. Imagine that and you’re on the right track. We’ve got loads of ideas floating round for other uses of the booth too. 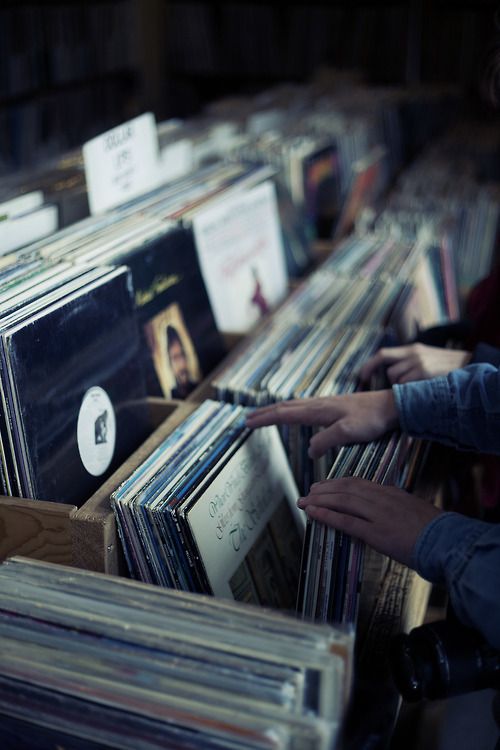 When do you guys open?

Well, barring disasters we’ll be open to the public on Monday 29th June.  It’s been one hell of a road over the last 2 years, but we’re nearly there – It’ll just be great to finally have the whole of the Jacaranda open again.

One last unbelievable thing to leave you with. In the course of our research into the building we discovered that back in the 1950’s, when Allan had it, The Jacaranda was a vinyl record shop on the first floor.  Kismet, fate, or just plain old good luck – it’s one hell of a coincidence.