In a very much David and Goliath style battle, one little Independent in Liverpool with a big heart has received national acclaim for their canopy bar.

Constellations is still relatively new and in its kaleidoscope stage, the patterns and elements are constantly changing whichever way you look at it, the final picture always amazes. We see it as a Baltic Headquarters, it has somehow reined in everything special about the Baltic Triangle into their lavish square footage. You know the old saying, “shoot for the moon and if you miss, land amongst the stars”? Well, maybe that is where they got the inspiration for their name. The decor is an illuminati conspiracists dream, it is full of triangles, a suspected ode to the area. There is a nice mix of plants and pots and tables around giving it a garden centre feel by the dilettantish duo. Either in the summer or at night, the space is a sight for sore eyes and the perfect setting to stargaze over a Liverpool Craft Beer and it turns out we’re not the only ones who share this view. 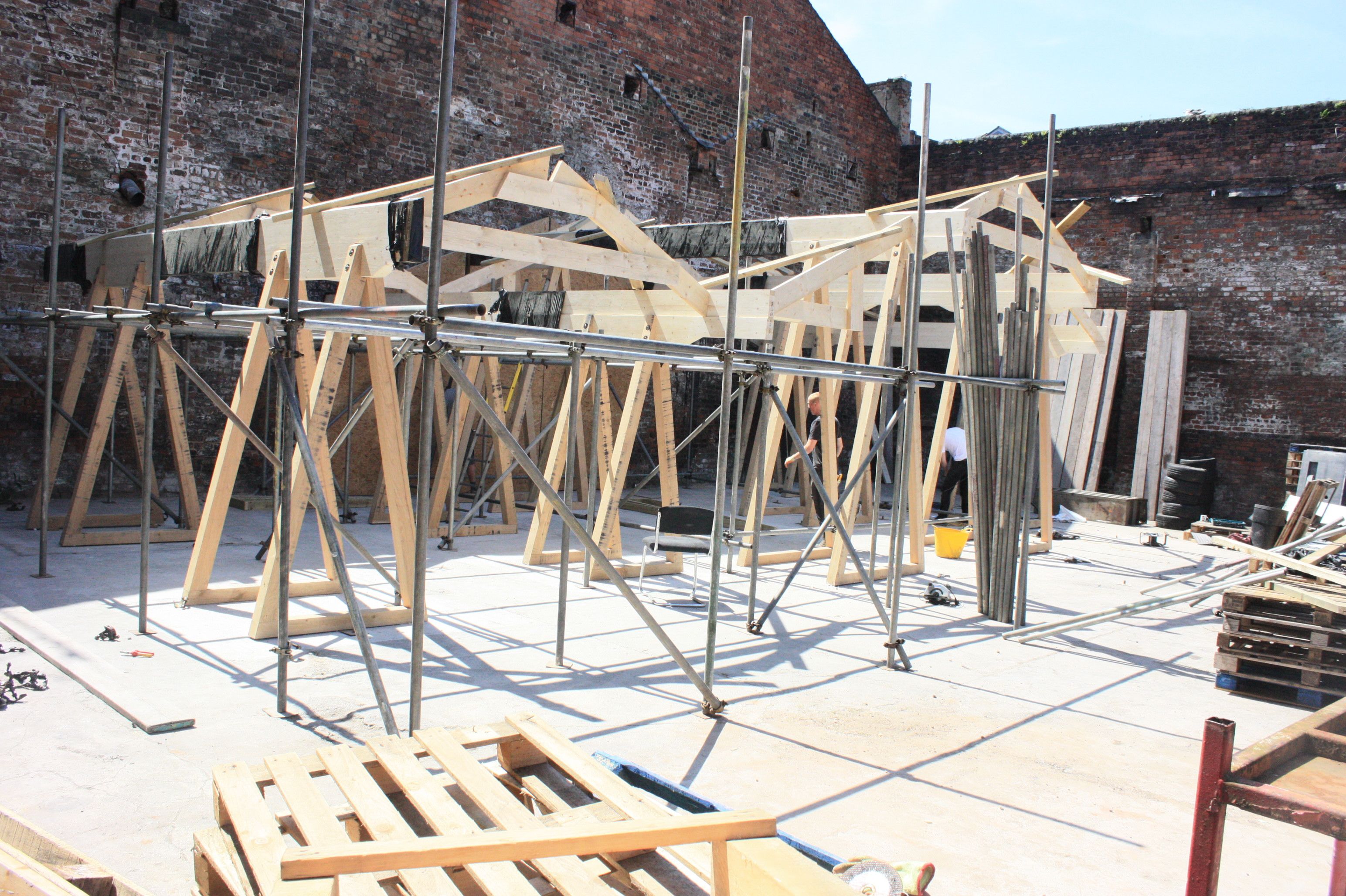 The National Wood Awards was established in 1971 to recognise, encourage and promote outstanding design, craftsmanship and installation using wood in projects throughout the UK. Currently into their 44th year, Constellations won the best Commercial and Leisure aware for 2015 fending off fierce completion from BSkyB’s new education facility in London and Canary Wharf Crossrail station. 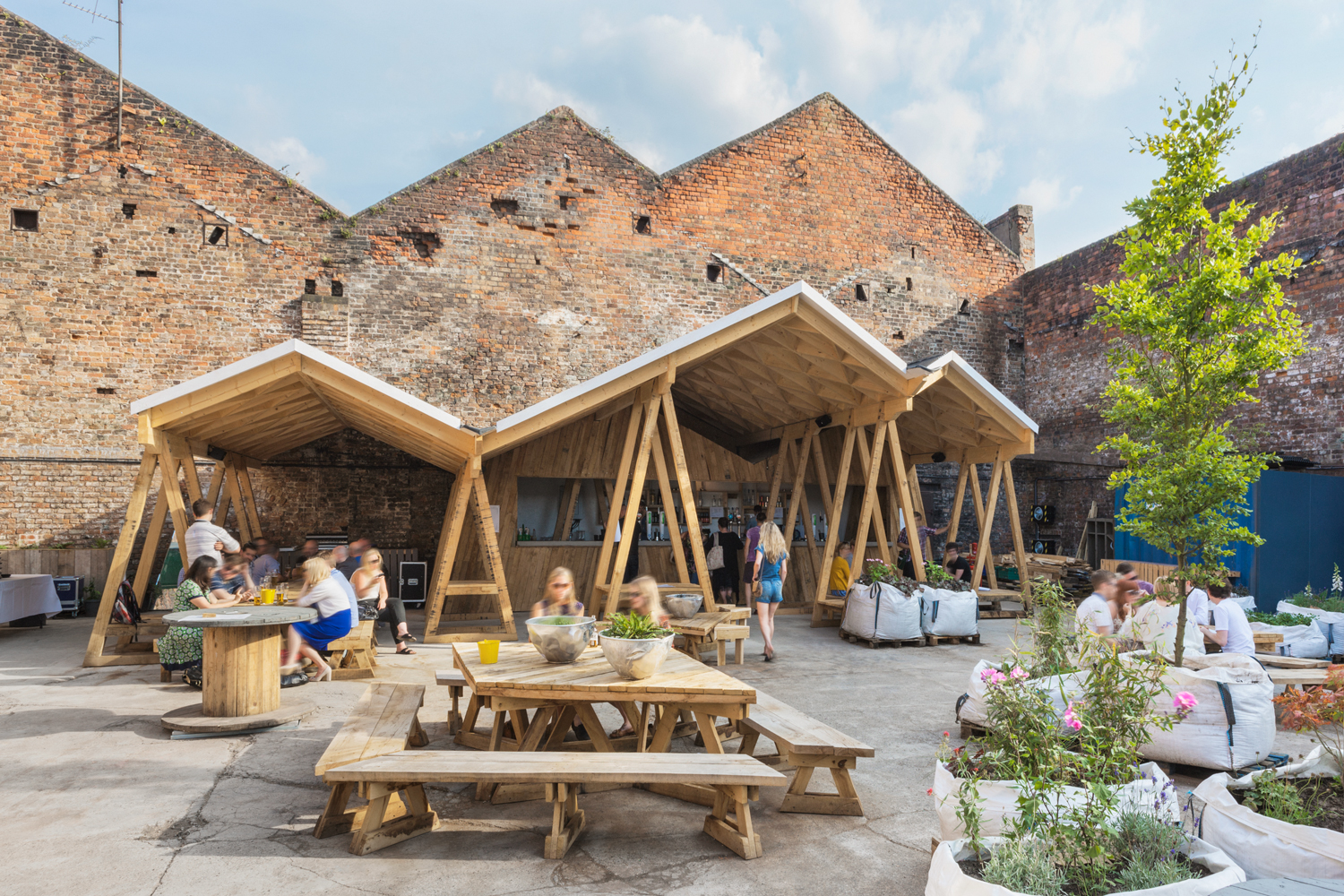 We spoke to  Howard Miller – the architect behind the design and he said: 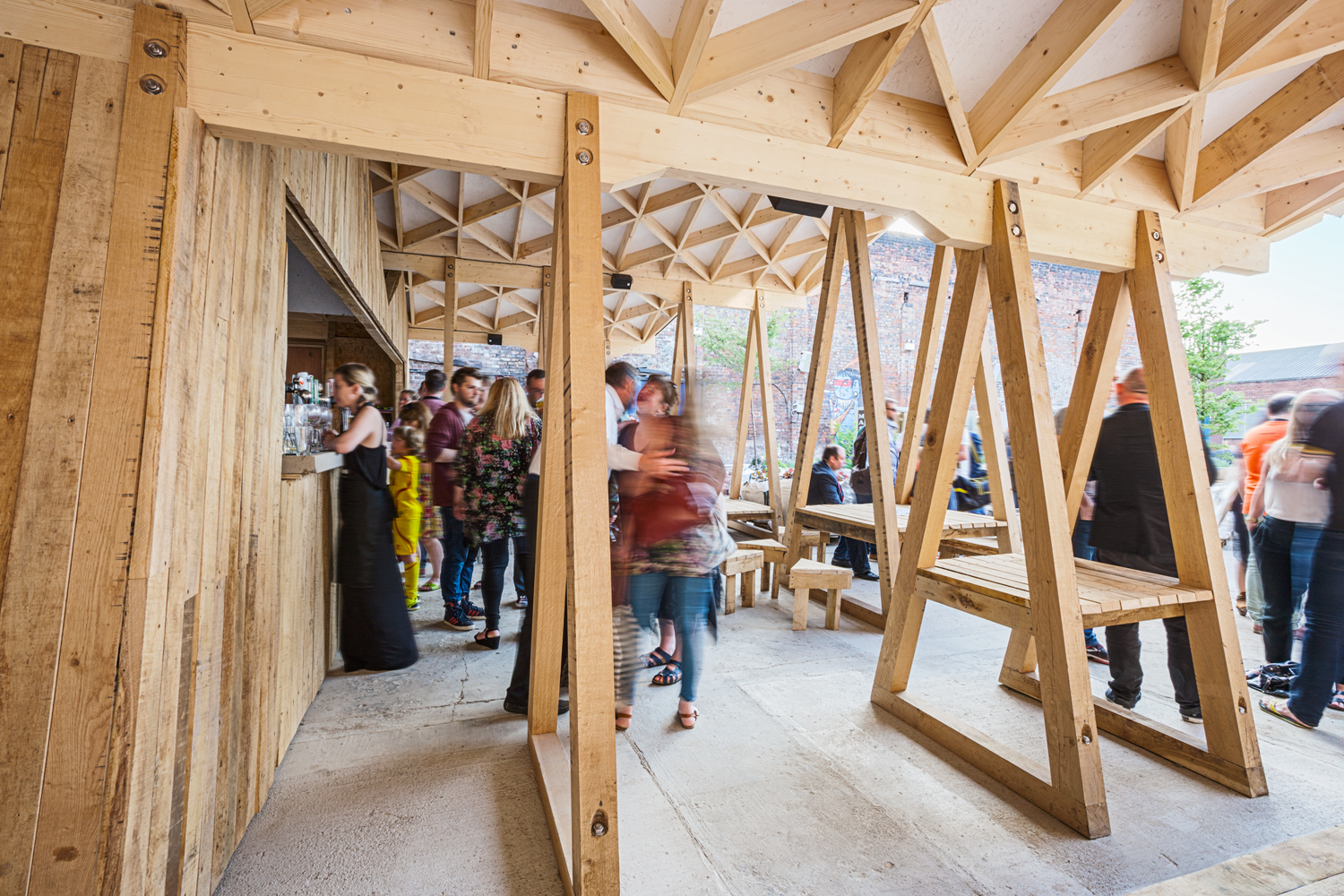 Becky Pope the driving force behind Constellations in the Baltic Triangle responded:

‘Howards and Hugh’s design response to what was a very restrictive brief both in terms of cost, time scale, location and our desire to be an active part of the build process has been outstanding. Not only did we complete the build within 12 weeks of initially meeting each other, but they also designed the canopy bar so every component was under 100kg. This allowed our very small team to physically build the whole structure by hand as the maximum weight each person can carry is 25kg, with only two days of mechanical support which was a forklift from the our neighbours at FLT – Forklift Training School two streets over’.

The canopy bar is a true testament to local craftsmanship in a time of global mass production.