The words “free” and “pizza” in the same sentence were meant to be.

If you haven’t had a slice of pizza from American Pizza Slice you’re doing this whole Liverpool thing wrong. We still remember our first time, it was love at first slice. For 15 years, this little pizza shop has become a big part of Liverpool’s independents and is a cornerstone for cheesy goodness. We think their 18” pizza has something to do with it. They announced the opening of their Bold Street shop a few months ago and on Monday the 11th January, they’re officially opening the doors and celebrating in true style – with FREE pizza. You can dine all over the world on Bold Street and thanks to American Pizza Slice you can now go to New York, where the menu boasts much more than just a big apple. What was Custom Cupcake Company (just next door but one to Cafe Tabac) on Bold Street will be turned into downtown Brooklyn where pizza is served up by the slice and the beer is served cold. You’re damn right we mentioned beer, they’ve got a license until 2am so pull up a chair, order a slice or twelve and get a cold and crispy one down your neck to wash it down. The venue boasts three floors of pizza potential and a huge wood burning oven will be the centre piece. 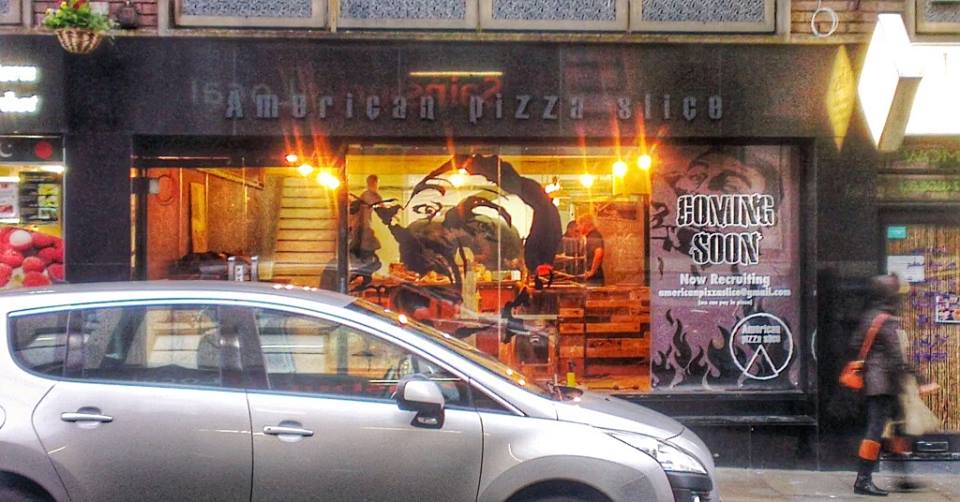 Monday’s are an awful way to spend a 1/7 of your life but it just got a whole lot better thanks to this news. They’re aiming to open up noonish this Monday so head down for a free slice! Good luck guys.