Where’s The Church On Church Street?

Church Street is one of Liverpool’s better-known shopping areas, but have you ever wondered why it’s called Church Street?

Well, there’s a very simple answer.  There used to be a church there and there are still hints to where that church stood if you know where to look. St Peter’s church stood where the entrance to Liverpool ONE is now and was not just any church.  It was in fact Liverpool’s Anglican pro-cathedral (a church that serves as a temporary cathedral whilst a true cathedral does not exist). The Anglican Bishopric of Liverpool was created in 1880 by Queen Victoria at the same time she granted the status of city to the town. As St Peter’s was the parish church at this time it naturally became the seat of the new bishop until a ‘real’ cathedral had been built. 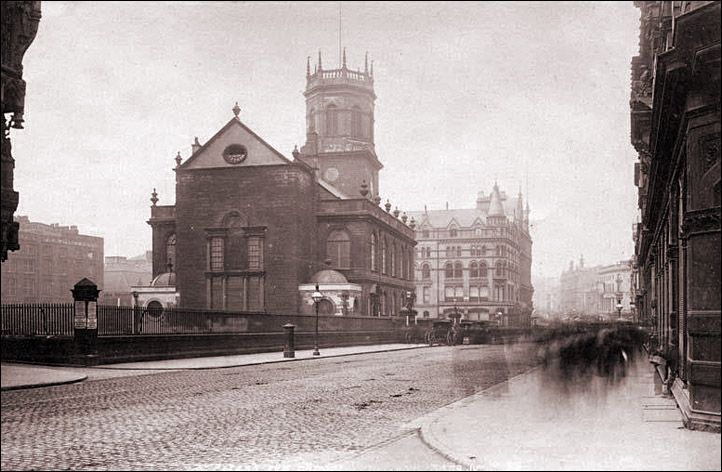 In 1699, Parliament sanctioned that the growing town of Liverpool be made a separate parish from Walton (St Mary’s Church in Walton was the parish church at the time).  After the announcement was made, the town raised £400 to go towards the build of the new church, which was to be dedicated to St Peter.  The actual final cost, was nearer £4000, but that’s how budgets tend to go! The church was consecrated on 29 June 1704 and finalised the creation of the first new parish since the Reformation. In 1868, Church Street was widened which in turn meant that some of the church grounds would be lost.  As this was a graveyard, around two-hundred bodies needed to be disinterred.  These were relocated to Anfield Cemetery.  Some of the coffins were dated as early as 1707.

Roll on to 1919.  The Anglican Church needed funds for the construction of Liverpool’s new cathedral that was being built on St James’ Mount and, at the same time, Liverpool Corporation were once again looking to improve Church Street.  It made sense for the Anglican Church to sell the land occupied by St Peter’s to the Corporation.
In turn, the Corporation then sold the plot to Woolworths to build their new flagship store there.  Woolworths already had a presence in the city. In fact, the very first Woolworths store in the UK was based in what is now Clarks, opposite the site. It was opened on the 5th November 1909 and Liverpool was chosen due to the town’s location, it being a seaport and because it had an electric tramway. 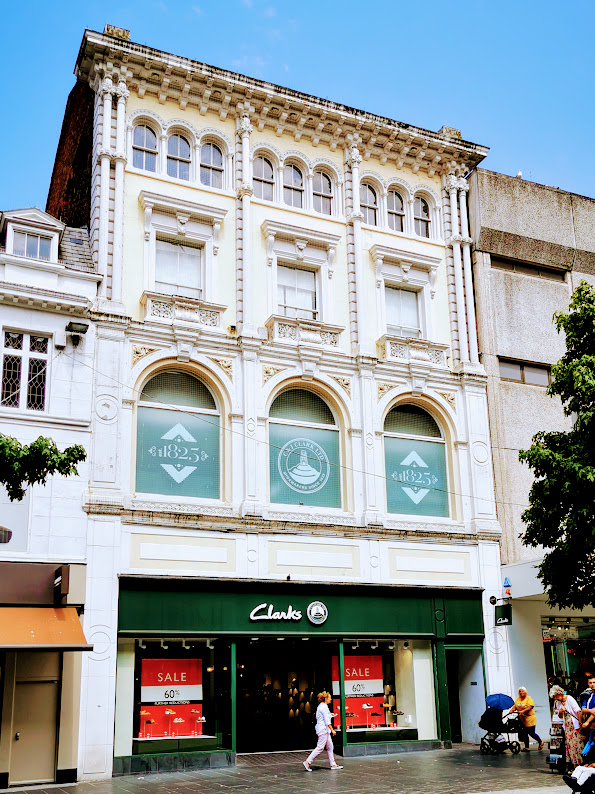 St Peter’s Church was finally demolished in 1922 thus ending 218 years of being a prominent landmark in Liverpool, but as I mentioned earlier, there are still hints of its existence…The more obvious ones are of course, Church Street and Church Alley, but then we have Peter’s Lane, the arcade that the runs through to Liverpool ONE. There are more subtle hints too. The throughway to Peter’s Lane from Church Street is named Key’s Court, a reference to the Keys of St Peter.  If you look high above the entrance to Key’s Court, you will see a carving of those very keys. 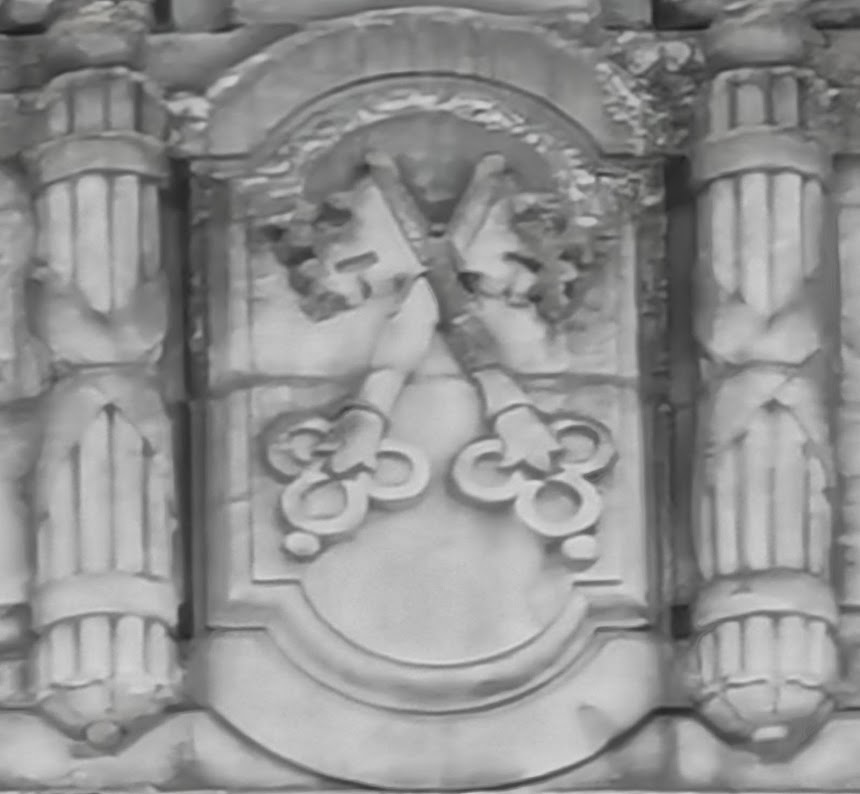 An even subtler indication to the existence of the church is a small brass cross embedded in the pavement outside of Keys Court.  There’s normally much discussion about this cross in local history groups regarding what part of the church it is supposed to be marking. Most people say it was the position of the altar and others that it marks the centre of the aisle, but the truth is, it marks the entrance to the church. This can be seen on this overlaid map that I put together.  The red outline marks the church, the blue is the line of the building that stands there now, and the yellow star marks the position of the brass cross. I always tell people to look up so that they can see how beautiful some of the buildings of our city are, but this goes to show that sometimes looking down is a good idea too! 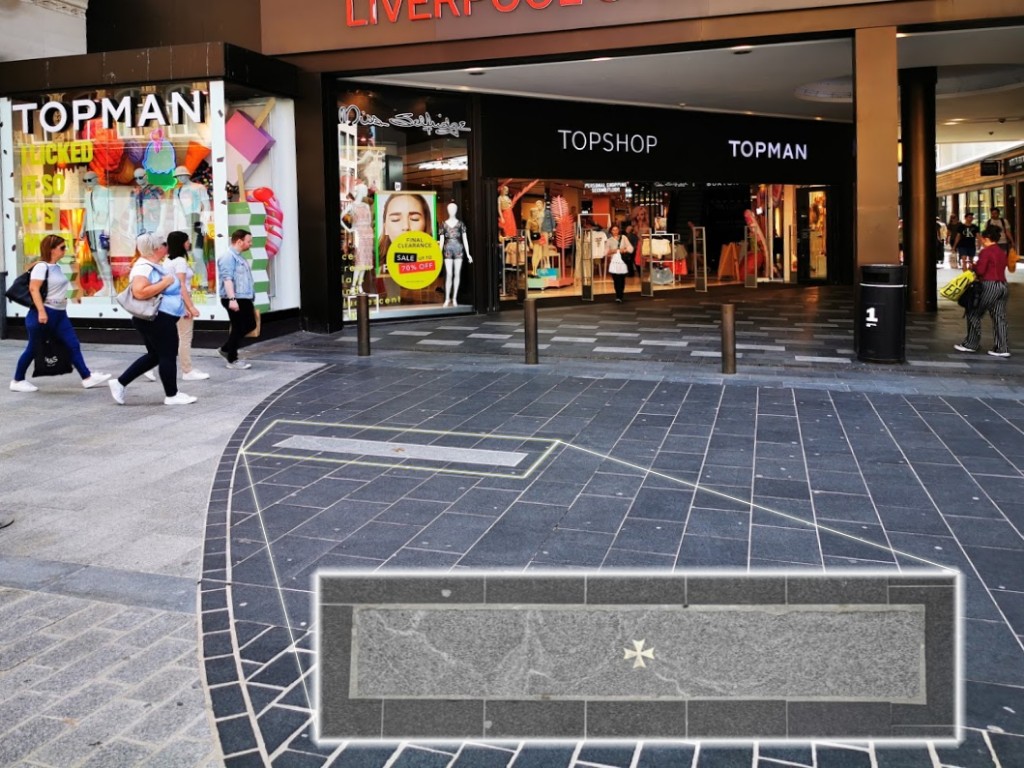 BONUS FACT: The brass that the cross is made from came from the melted-down altar rails of the demolished church. 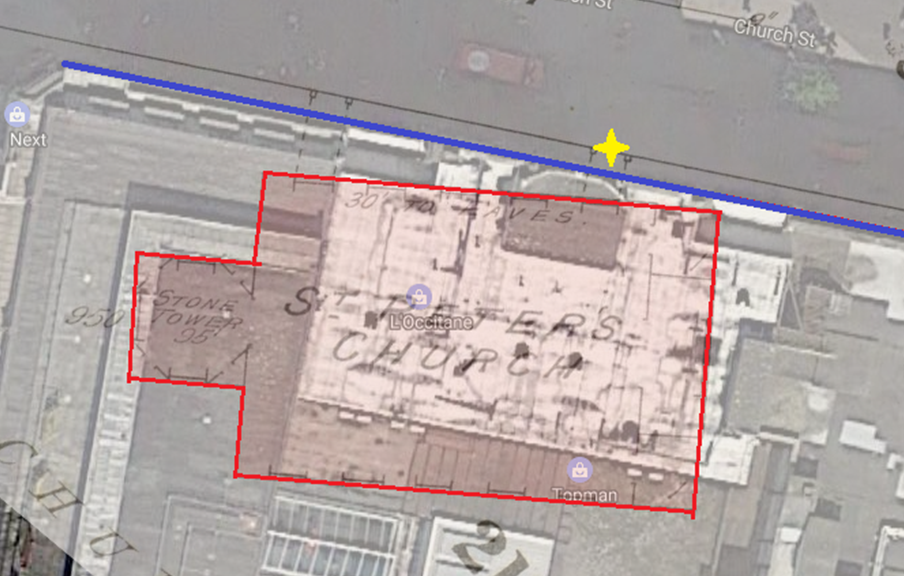