Liverpool’s Pier Head is lined with thousands of runners, cautiously spaced out for the city’s BTR Half Marathon, a popular local road race that attracts an international line-up. Crowds gathered at the finish line cheer on competitors as they check their times and go to meet loved ones. In amongst the crowd are three friends, Kelvin, Michael and Tom; a trio of amateur runners who, aside from comparing medals, are looking forward to a season of successful events in their new-found passion of road running. 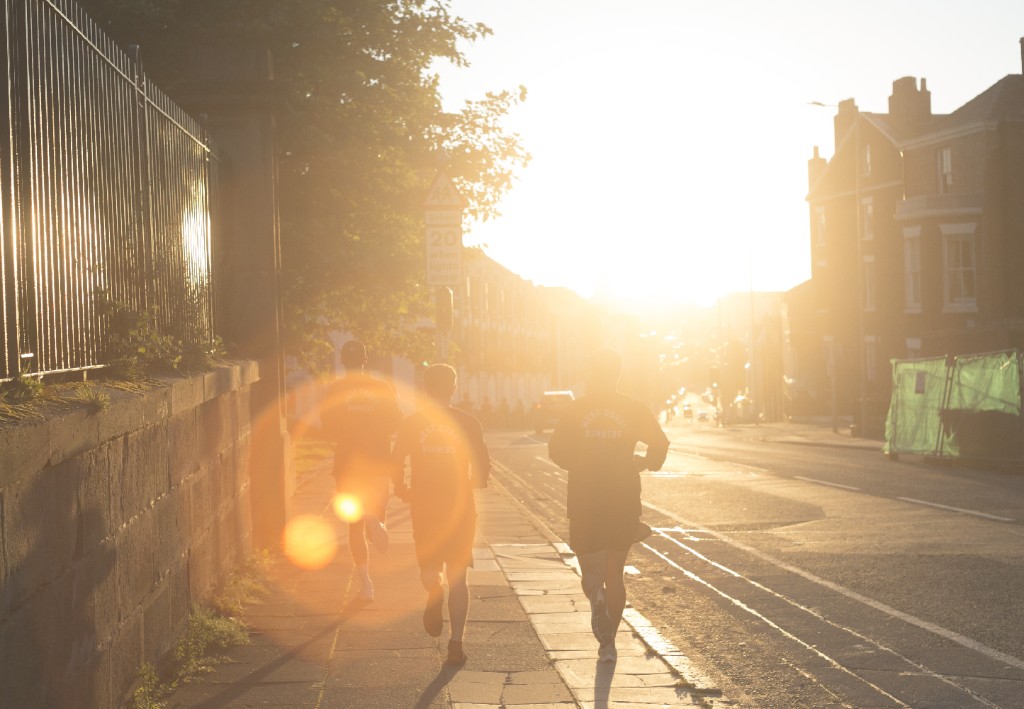 This would turn out to be one of the final fixtures on the global running calendar, with all official events being subsequently cancelled and most of the major races postponed to 2021. Live running events, like most major sports, have been shut-down until further notice. That is, almost shut down. A small number of sportsmen are adopting an entrepreneurial approach to an otherwise frustrating season, taking advantage of a more underground and ‘covid-secure’ opportunity to race. Kelvin, Michael and Tom are amongst this group, and in September, they will be bringing a little piece of one of the world’s most infamous endurance-running events to Liverpool. 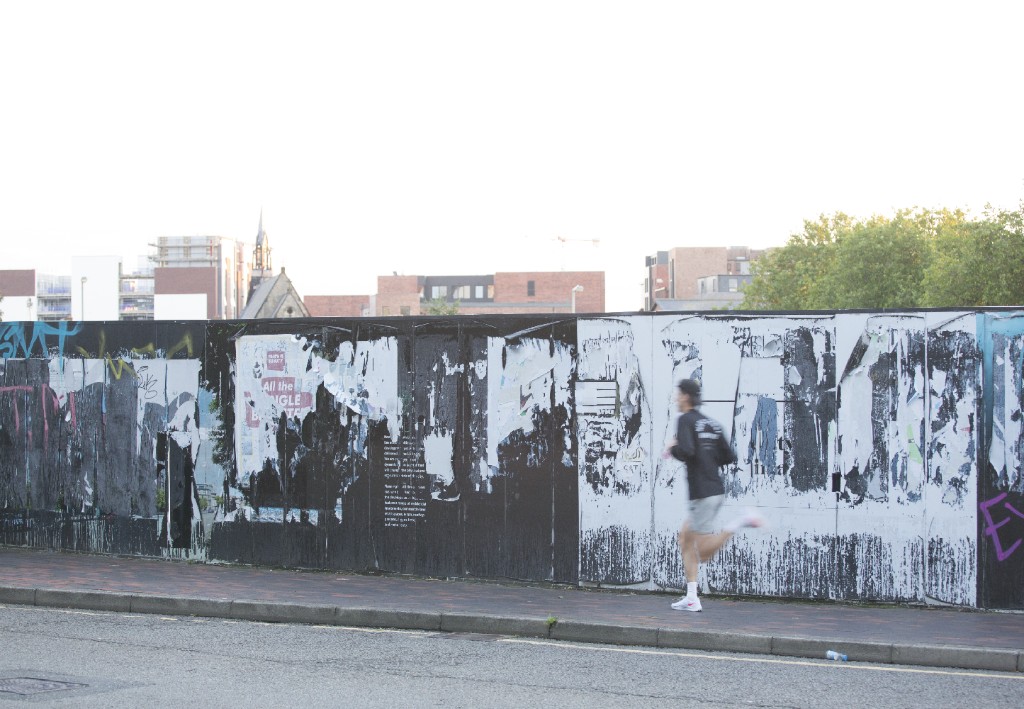 A brand-new running crew with a hybrid and juxtaposed interest in running and pizza. They are an inclusive group that hopes to make urban exercise more familiar in Liverpool by promoting weekly social runs that are free and suitable for all abilities.

It’s an idea that has steadily gained traction in major cities across the world over the past decade. “A run crew is all about the camaraderie, bringing like-minded people together to run and have a good time in equal measure. It sits somewhere between casual joggers and formal, harrier-type track clubs in terms of experience”, says Kelvin.

Tom adds, “It’s a rising global trend and Liverpool is right up there with the likes of LA, Berlin and Copenhagen as a city perfect for urban exploration. As a runner, the whole city becomes your playground and there’s so much you can see on foot here, so it really makes sense to bring people together to run the city and be social.”

As a debut event, the crew have entered a team to compete in The Speed Project DIY. In a typical year, The Speed Project is a radical and underground relay, spanning 340 miles from the Santa Monica Pier in Los Angeles, through Death Valley to the edge of the Las Vegas desert. This year, its COVID-19 ‘DIY’ adaptation has teams planning routes in their home cities and using GPS tracking to run live against the best running crews in the world. Teams have 31 hours and 15 minutes to try and top the leaderboard by running the furthest combined distance, with each being free to devise their own running strategy.] 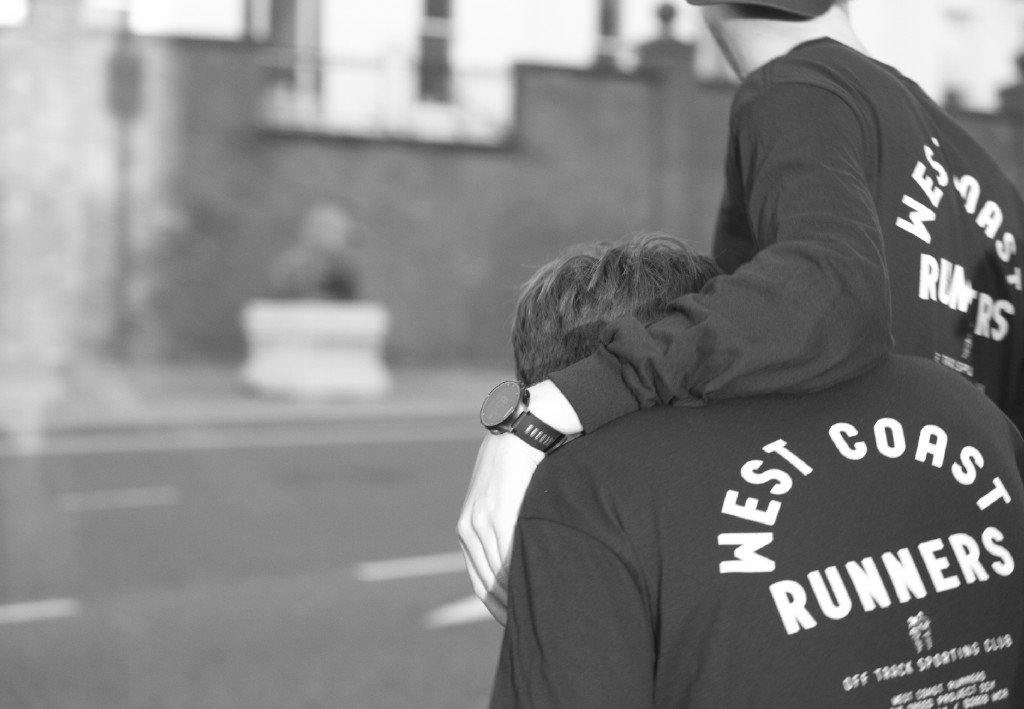 “We wanted to go full tilt and give maximum energy, to show everyone the best side of running crews”, Mike says. “I’m expecting most of us haven’t even run a relay race since school, so we jumped a few steps to go for a 31-hour long race, but then where’s the thrill in slow and steady!?”

The event may be radical in terms of racing, but it’s not just about the running. The organisers are developing a tool to coordinate a worldwide fundraising effort between the teams, that will include a merchandising element to ‘benefit organisations in the fight for racial justice and equity’.

“We know that our registration will contribute towards good causes chosen by The Speed Project in the US, so that’s great in itself”, Kelvin adds. “However as a team we see this as a great opportunity to make a positive impact a little closer to home”.

To that end, West Coast Runners are also looking to raise £2000 for Action Tutoring, an education charity that provides free tutoring to Merseyside pupils from disadvantaged backgrounds, to help them achieve a meaningful level of academic attainment, and progress to further education, employment or training.

A recent study by the Education Endowment Foundation estimates that school closures could wipe out an entire decade of progress in narrowing the attainment gap between disadvantaged pupils and their classmates. Sustained support will be needed to help these pupils catch up.

Michael, an ex-Geography Teacher who has volunteered with the charity for over a year, says “Liverpool’s pupils need organisations like Action Tutoring now more than ever. School closures disproportionately affect pupils from low-income households, whose parents lack the resources to deliver an entire curriculum from their living room. However, the charity relies on schools for 40% of its income, so they’re in real need of extra support right now.”

“They’re honestly one of the most evidence-based charities I have ever worked with. You would be amazed how few charities check whether what they’re doing actually works. Action Tutoring collect data on every pupil they support to evaluate impact and improve their service. They’re resources and staff are fantastic. We’re really proud to be supporting them.”

On the morning of September 5th, the fifteen strong team will find themselves at the starting line of a race for the first time in six months, eager to take on the thirty-one-hour battle ahead. Speaking to the trio, there’s a common thread of resilience and determination to do something constructive with a sport they’ve otherwise had to put on hold for a year. Kelvin wants to make short-shorts trendy again. Tom wants a medal. However, they all agree the ultimate prize to their outlandish debut in urban running is the opportunity to support Action Tutoring and disadvantaged students in Merseyside.

By starting a crew, West Coast Runners hopes to appeal to amateur runners of all abilities.  Weekly sessions and subsequent events are already in the pipeline for people with a like-minded desire for freedom, fun and adventure. See you on the starting line.