‘Silent Adventures’ is a flash mob. It’s a walking silent disco. It’s a roaming, rhythmic riot around the streets of Liverpool and it needs to be experienced to be believed. 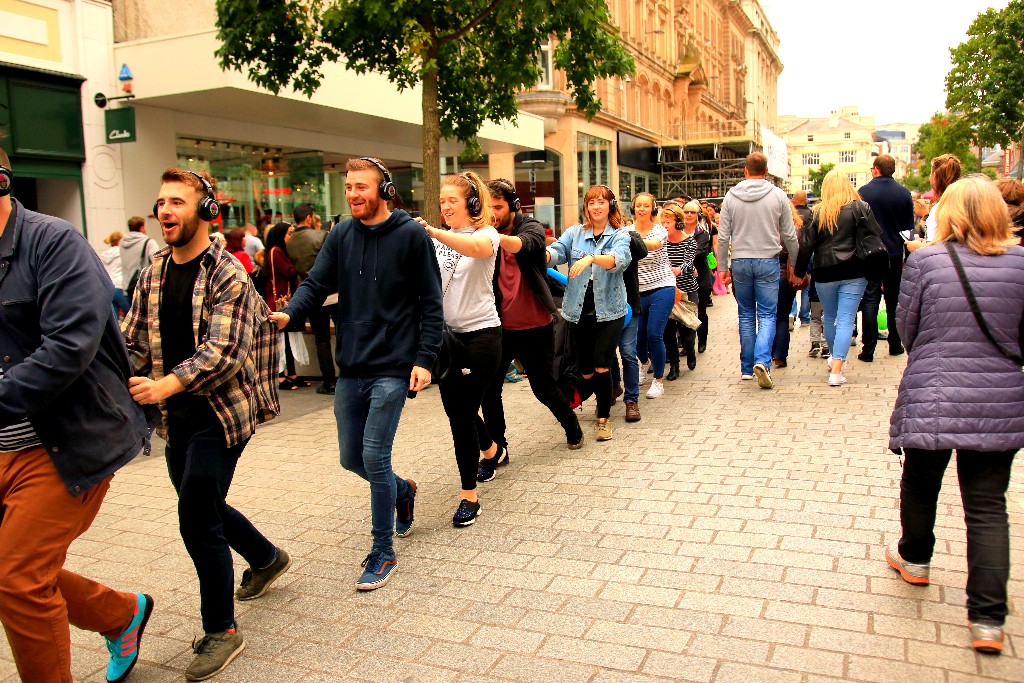 We sat down with Alan Cross, everyone’s favourite silky smooth singer to talk about his new venture:

What exactly is it?

It’s a development of silent disco technology. We’ve updated it to make it mobile. The guide is broadcasting live to the 30 or so people on the adventure via our unique headphones, and can also communicate with the group directly via a head mounted microphone. 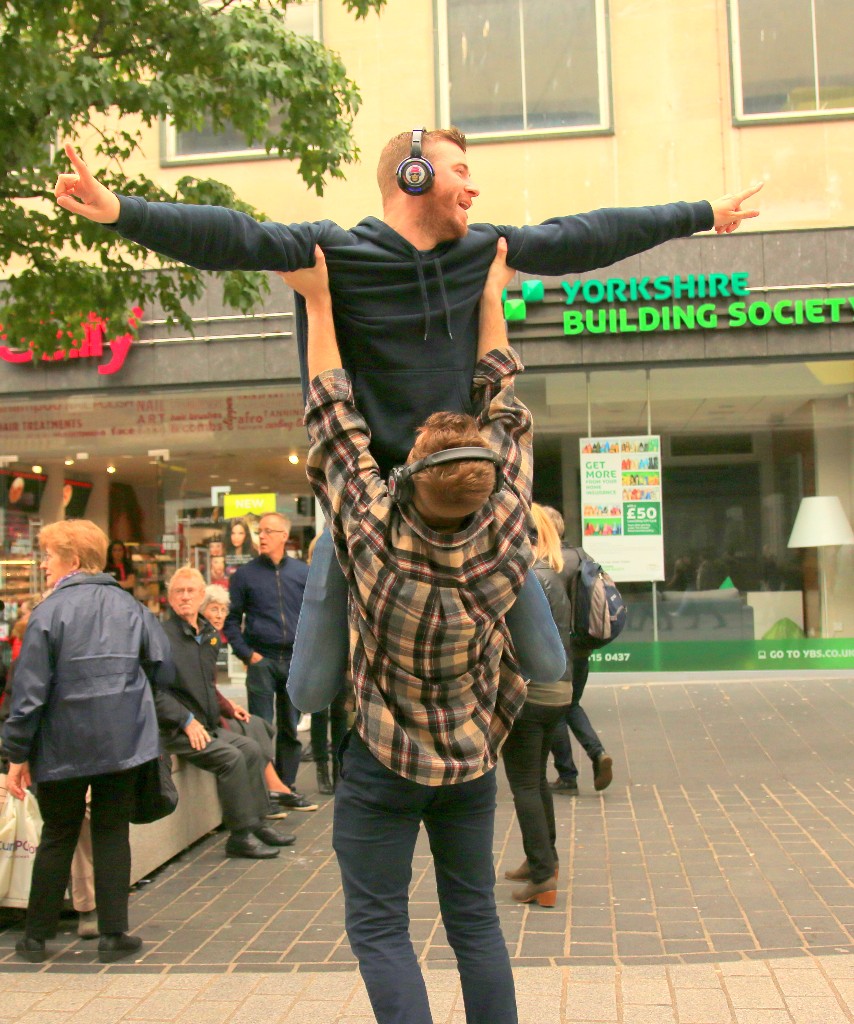 Where do you go?

We start and end at ‘Tavern on The Green’ in Liverpool One. It’s around 50 minutes long and we really work up a sweat! Every song is carefully chosen for its hook, or the location we play it in. After a gentle breaking down of people’s inhibitions at Derby Square to a bit of belting disco, we strut along Castle Street to ‘Uptown Funk’, go berserk on Exchange Flags, rock down Mathew Street to The Beatles and lots more. We finish on a song well known to Liverpool.

We’ve very carefully designed the adventures to ease everyone in, and within a few minutes, even the most pursed lipped dullard has let themselves go and is dancing in the streets without a care in the world. It’s amazing what happens when you combine immersive headphone technology, boss tunes and a group mentality. 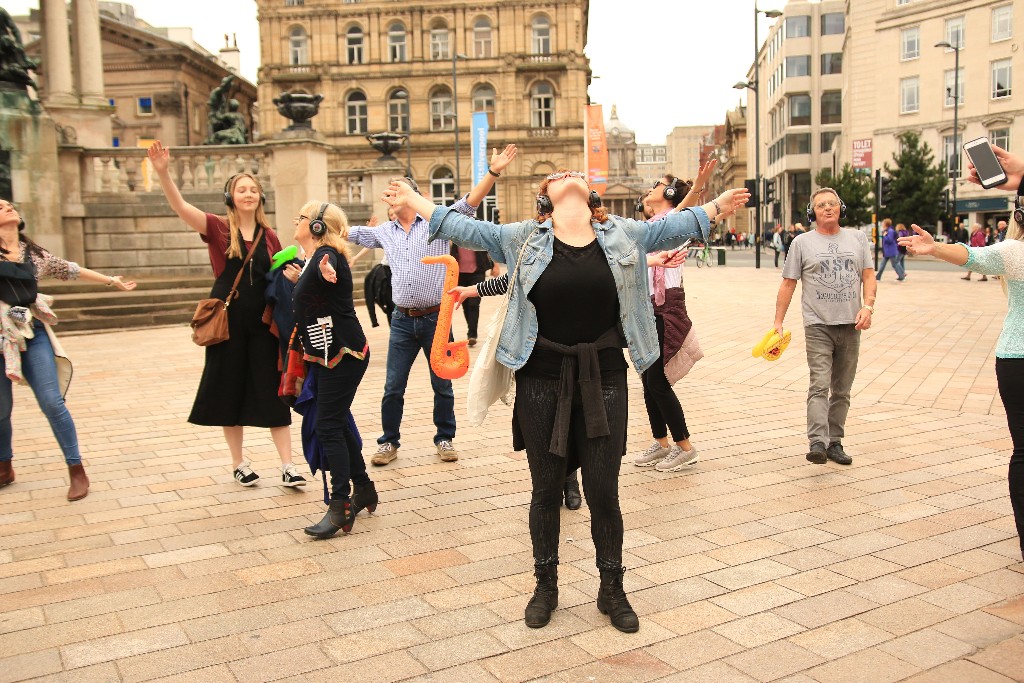 There’s no need to worry if it rains; we’ve got ponchos for all and there’s nothing quite as liberating as dancing to ‘Singing In The Rain’, ‘It’s Raining Men’, Toto’s ‘Africa’ & ‘Umbrella’ as the rain pours down.

As well as having an absolute ball (and burning off quite a few calories), you finish the tour feeling like you’ve spread some joy throughout the city and made it a better place. It’s really quite euphoric and, unless you’ve experienced it, it’s very difficult to explain. 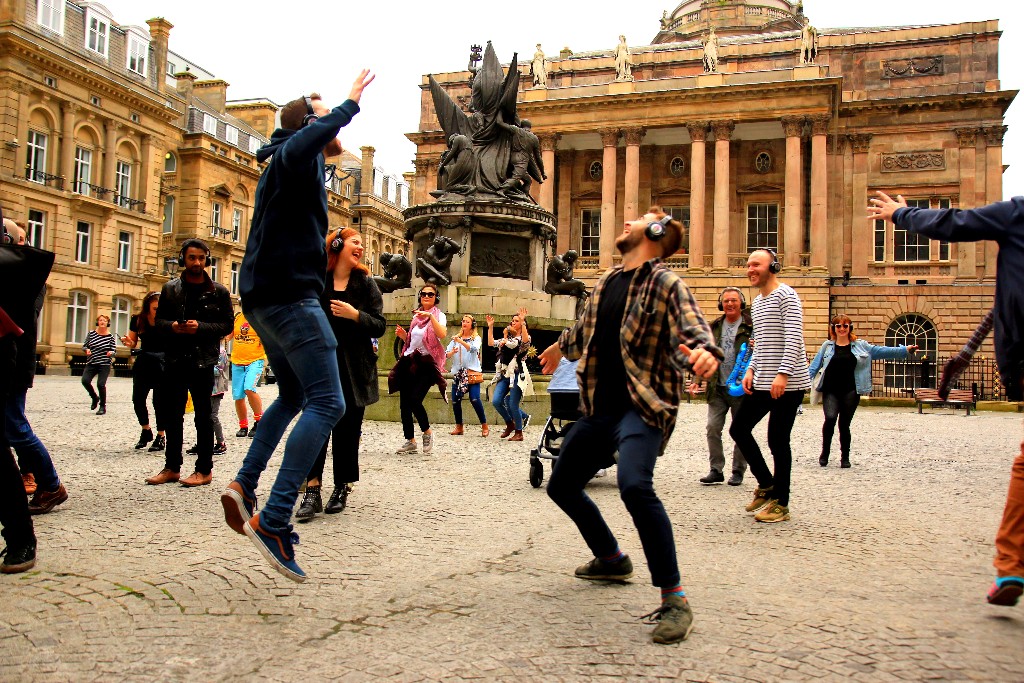 Where did the idea came from?

The idea came from a friend of mine in Scotland, Capt. James Longworth, an airline pilot and former DJ, who has been fascinated with the technology behind silent discos for a while. As he says, “anything with a headset and flashing lights, and I’m there!”. As an astute businessman, he realised that Liverpool was the natural home of something like this, and so we’ve worked together to bring our Silent Adventures to the music capital of the UK.

Since our soft launch at the weekend, we’ve been contacted by folks saying that they’re still in a fantastic mood on Tuesday morning from their Silent Adventure on Saturday afternoon. Jonny Bongo and his team said it’s the best hangover cure they’ve ever experienced. Everyone gave us 5* and wants to do it and again and again.

We had all ages from teeny, tiny babies to pensioners and absolutely everyone has raved about it. The adventures require an absolute minimum of 15 people, otherwise the group dynamic doesn’t work, so we put as many booking parties as possible onto each tour. They start as strangers and finish as bezzie mates. How often are the tours?

We’re running adventures every Saturday at 3pm, for the super-duper discount price of £5 per person, until Halloween. These events are currently live on our ticket site. If anyone sees us on our travels, come over and get a 10% discount code on adventures beginning Halloween weekend.

We’ve specially themed Halloween adventures (featuring Ghostbusters, Thriller, The Time Warp etc) on that weekend (27th – 29th October), and on Halloween (Tuesday 31st October) at the full price of £12 per person. Throughout December, we’ll be running specialised Christmas Adventures, featuring the greatest Christmas songs of all time. Tickets for these events will be released in the coming weeks. 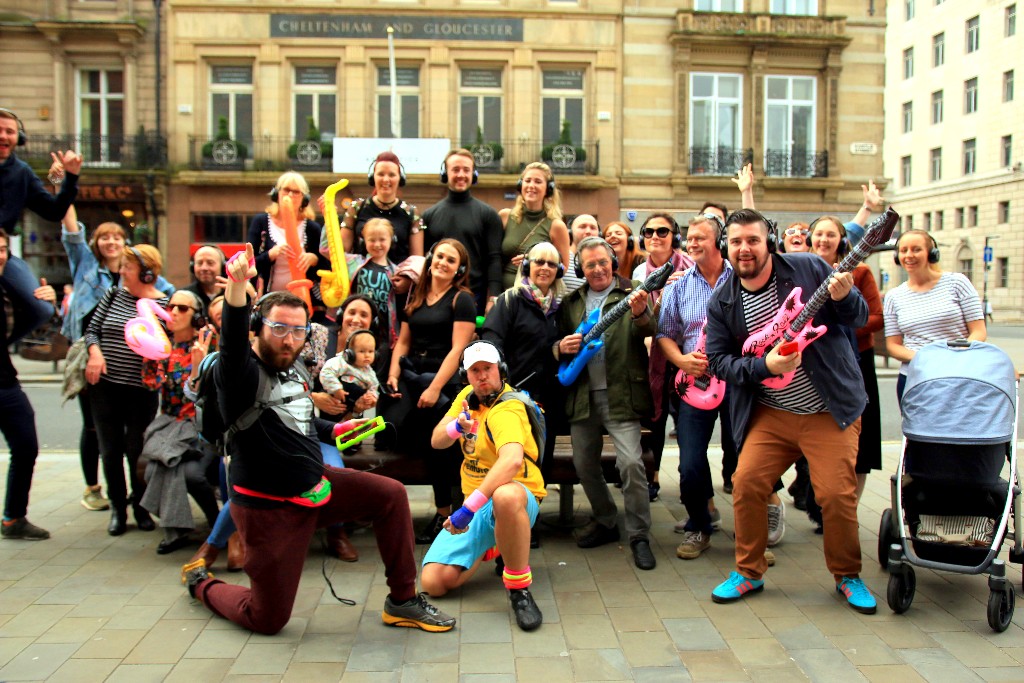 How can we buy tickets?

We’re in the process of putting together a very snazzy website and booking system, but in the mean time, we’ve tickets available via https://www.silentadventures.co.uk/