by Independent Liverpool Published: 29th May 2019

Just a few weeks ago, what used to be the “Hole In The Wall” cafe on School Lane re-opened as a bar.

There was no big PR campaign, no red carpet outside, no flashy neon, no ex-Hollyoaks stars opening the venue and not even a chalkboard sign outside. In the digital age it’s normal to get your news via social media but Present Company’s word of mouth has been almost priceless with so many of you all recommended we go visit despite it only being open two weeks. They’ve got L1 as their neighbours, they’re practically over the road from Bold Street and they’re two seconds away from The Bluecoat – so how they’ve managed to still feel like such a hidden gem is testament to their vision. 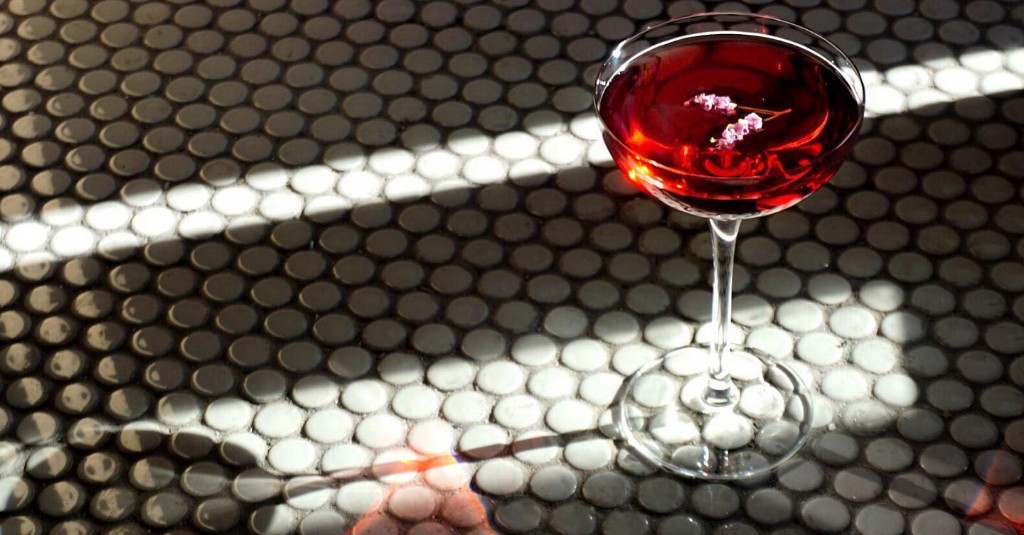 A striking blue halts you in your haste with the simple yet curious name of “Present Company” in the window. Cocktails first, ask about the name second. It was refreshing to walk inside and see everyone who was in there sitting at the bar, chatting to the bartenders and with each other. It’s safe to say you won’t be a stranger for long in here. We really, really hate saying this but it didn’t really feel like we were in Liverpool whilst we were there. Of course that is assumed to be a negative thing because, who wouldn’t want to be in Liverpool but it just had that certain cool European feel a lot of Parisian, Berlin or Amsterdam bars seem to have so effortlessly. Or maybe it was the fact the night we visited it was hot enough to get away with a t-shirt. 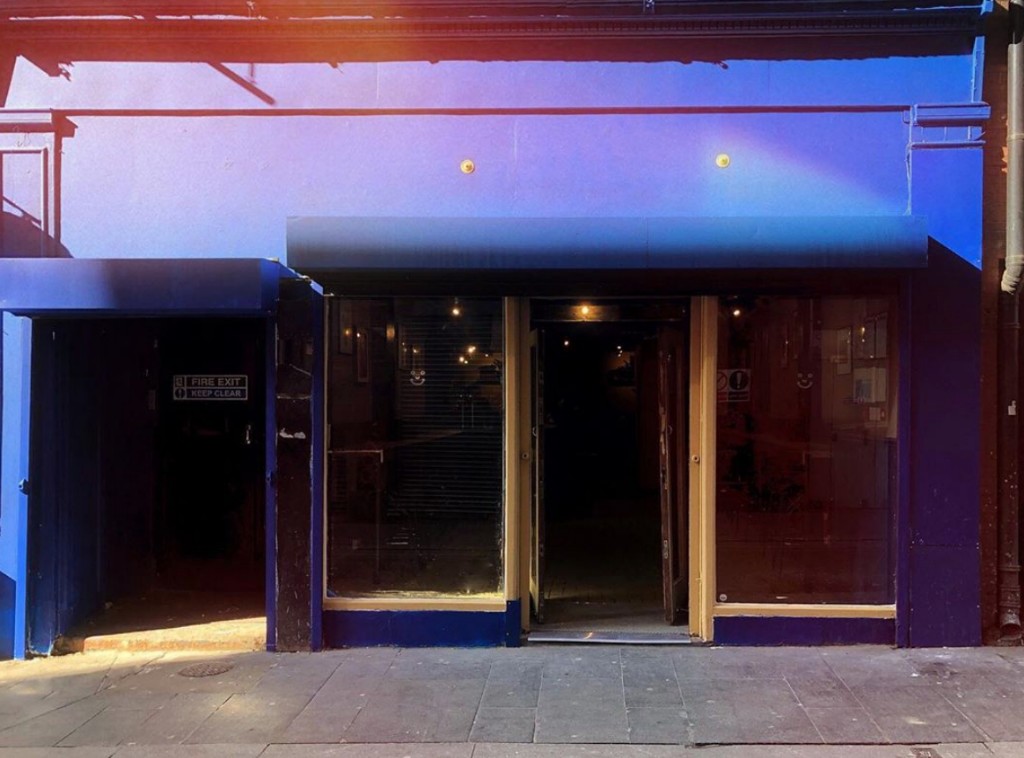 Jake O’Brien Murphy and Simon Thompson are the dastardly duo behind the venture. Both started their journey in Liverpool, moved to London and have now moved back to Liverpool. Jake is a bit of a poster boy for the Liverpool drink scene, representing the city on the international stage in competitions worldwide for many years. Simon was the bar manager at Hilton Hotel when that opened and when they met at Callooh Callay, a highly revered cocktail bar in East London, the rest was history. In insultingly simple terms, Jake makes the bevvies, Simon looks after the guests. That’s their winning combo and after our visit, we wouldn’t recommend any changes.

And speaking of bevvies, my goodness are they great. We don’t think we’ve ever said Jesus Christ in an hour time slot so much. We started with the Duster – a delicious mix of rum, brown butter, pecan caramel and more that is definitely one for the sweet tooth’s out there. We ordered the Naive Melody (admittedly because of the name), a drink that’ll get heads talking (get it?) which was somewhere beautifully between an Aperol Spritz and Negroni. A fine line we could get used to. Simply named “Lips” was the most drinkable of the cocktails we had – it comprised of vodka, blackcurrant, mastica and soda. It was like electric Ribena that made you feel all fuzzy, which made it superior to its purple carton brother. The “Highball” sold itself on the menu as just a normal whiskey and ginger but it had May Chang in it – a Chinese flower that gave the whole a sherbety fizz, like the inside of a yellow Refreshers bar. How on Earth did they figure that out? Utter genius. 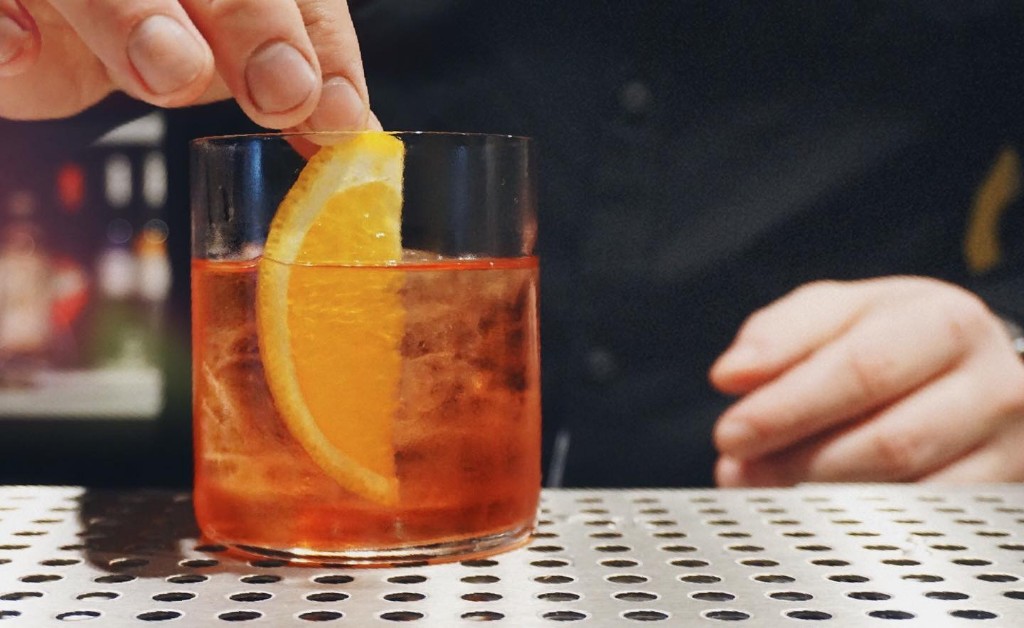 Speaking to the guys and girls behind the sticks, it was remarkable to hear the work that goes in behind the scenes of every drink. Months of research, weeks of practice, days of preparation has led to every drink and they were most definitely worth the wait. Simon and Jake are quite clear in that, although the cocktails are fantastic, this isn’t just a place full of people finding the ratio of daiquiri to Rennie difficult, it’s also the perfect place for a beer or a wine, too. Just before we stumbled to the nearest taxi/Nabzys, we remembered to ask the inspiration for the quite unusual name. Simon explained that he’s had some of the worst nights of his life in some of the best bars in the world and some of the best nights in some of the worst bars in the world. All that matters is the present company and who you’re with. And we agree. We’d rather be on the cans of Special Brew with loved ones than champagne with strangers any day of the week. Whilst there we spoke to everyone and ranked our favourite chocolate bars, talked Brexit negotiations, Liverpool, footy, travels and more and it was within those hazy conversations of being shocked a fully grown man’s favourite chocolate bar was a Mars, that we got the meaning behind their name. The cocktails could have been crap and we’d have still considered returning for the company and the chat. They just so happened to be some of the best cocktails we’ve ever had.

Next time you’ve got a free evening go and rank chocolate bars over a Highball and tell them we sent you. P.S. there’s a secret stash of strawberry Cornetto’s in their freezer, if you’re lucky enough you might just get one on exiting.