THE ULTIMATE GUIDE TO ST. PATRICKS DAY IN LIVERPOOL 2022

St. Patrick’s Day occurs annually on March 17 in observance of the death of St. Patrick, the patron Saint of Ireland. What began as a religious feast day in the 17th century has evolved into a variety of festivals across the globe celebrating Irish culture with parades, special foods, music, dancing, and a whole lot of green. Liverpool boasts one of the strongest Irish heritages in the UK and as you’ll see from the list below, we know how to celebrate it. From parades to burgers and the odd pub crawl in between, drape yourself in the famous tricolour and get ready for the craic. 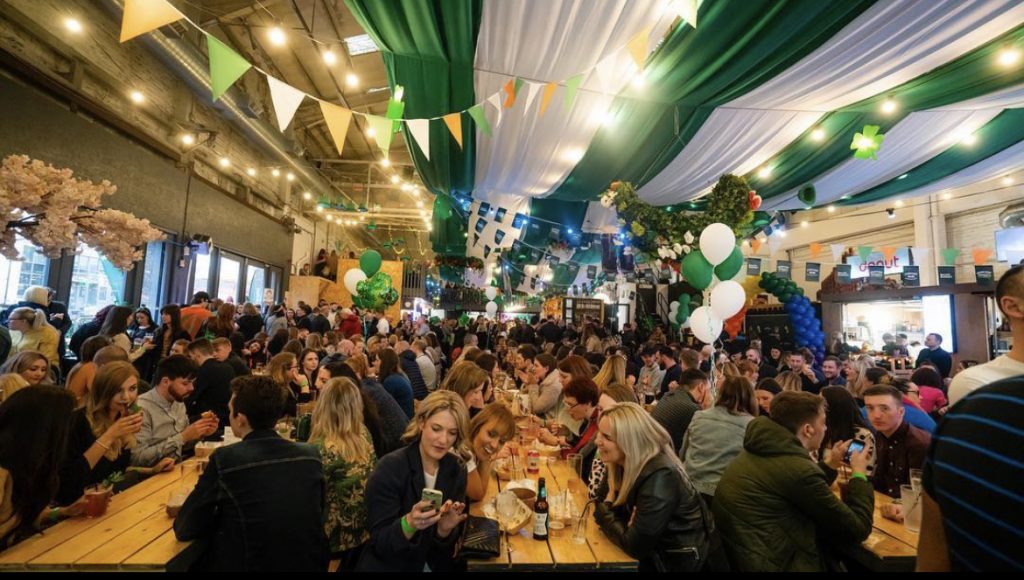 For the whole weekend Cains Brewery are bringing a bit of Dublin to The Baltic Triangle when once again the whole site will be a wash of shamrocks, shenanigans and showers of Guinness. Expect boss food from local restaurants, boss drinks and even better memories. We love Paddy’s Day so much and are so excited it going to bee a full weekender jam packed with bands, DJs and more. … FULL INFO HERE! 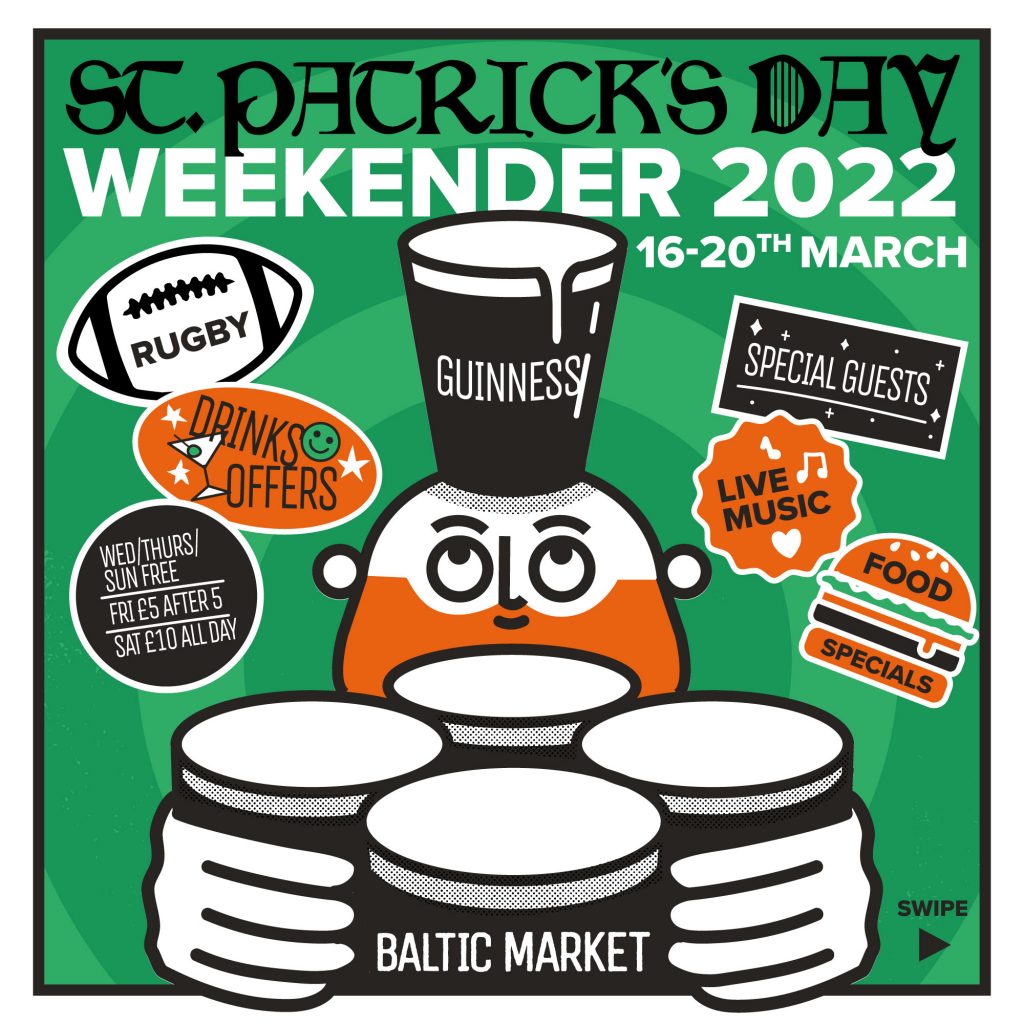 Flanagan’s, O’Neill’s, Pogue Mahones, Lanigans, Shenanigans, McCooley’s, Flanagans Apple, The Liffey, The dispensary… we could go on. Liverpool has been dubbed the capital of Ireland and it’s no surprise there’s plenty of places for a Guinness or five. We all have our own favourites and they all have their own charm but there’s no denying all are putting on a party that we’d say would be unforgettable but depending on how much Guinness you consume, we can’t be sure. 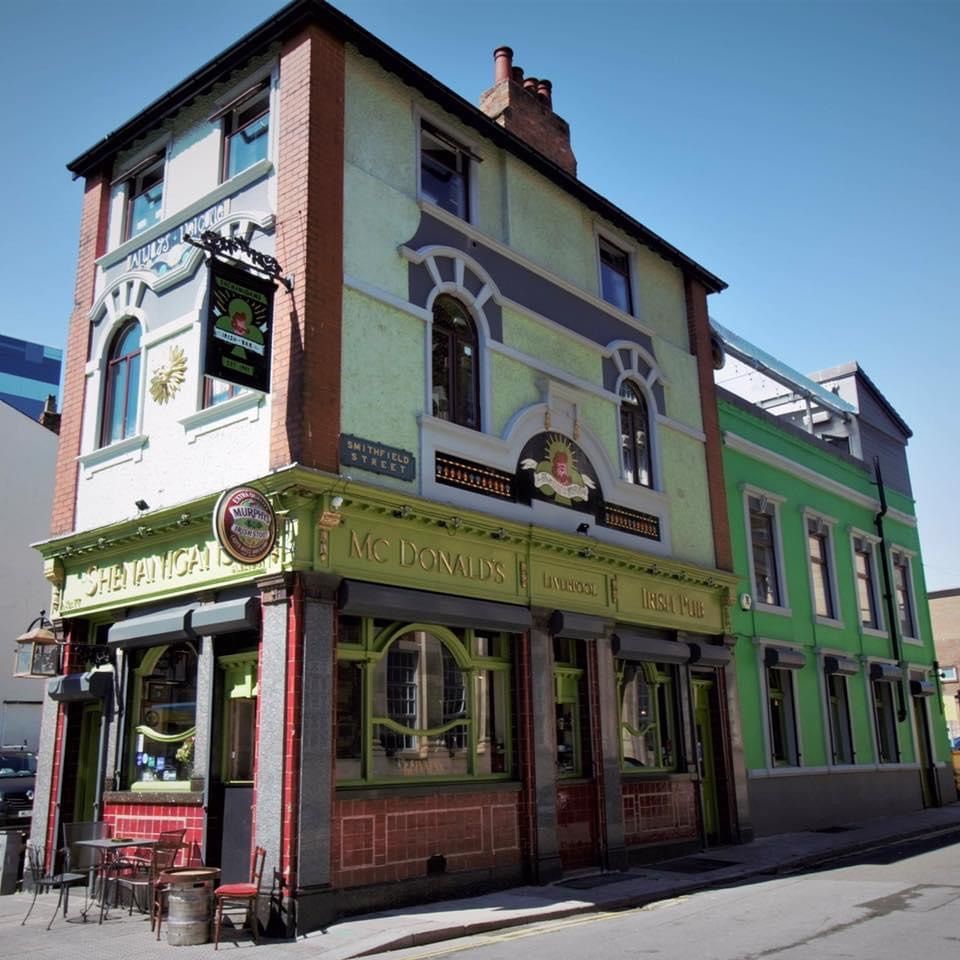 They are throwing their biggest St Paddy’s day party, if you have been to Salt Dogs before you know its a PARTY! They love slamming loads of Guinness and whiskey and listening to Irish bangers so go join then for the celebration!
Open from pm till 2am on Thursday 17th of March so plenty of time for a stein of the black stuff (Guinness) and you can expect; Their famous hot dog eating competition, Endless amounts of Green beer, Steins of Guinness, Free merch, Live music from 6pm,
AND ITS FREE ENTRY! More info HERE! 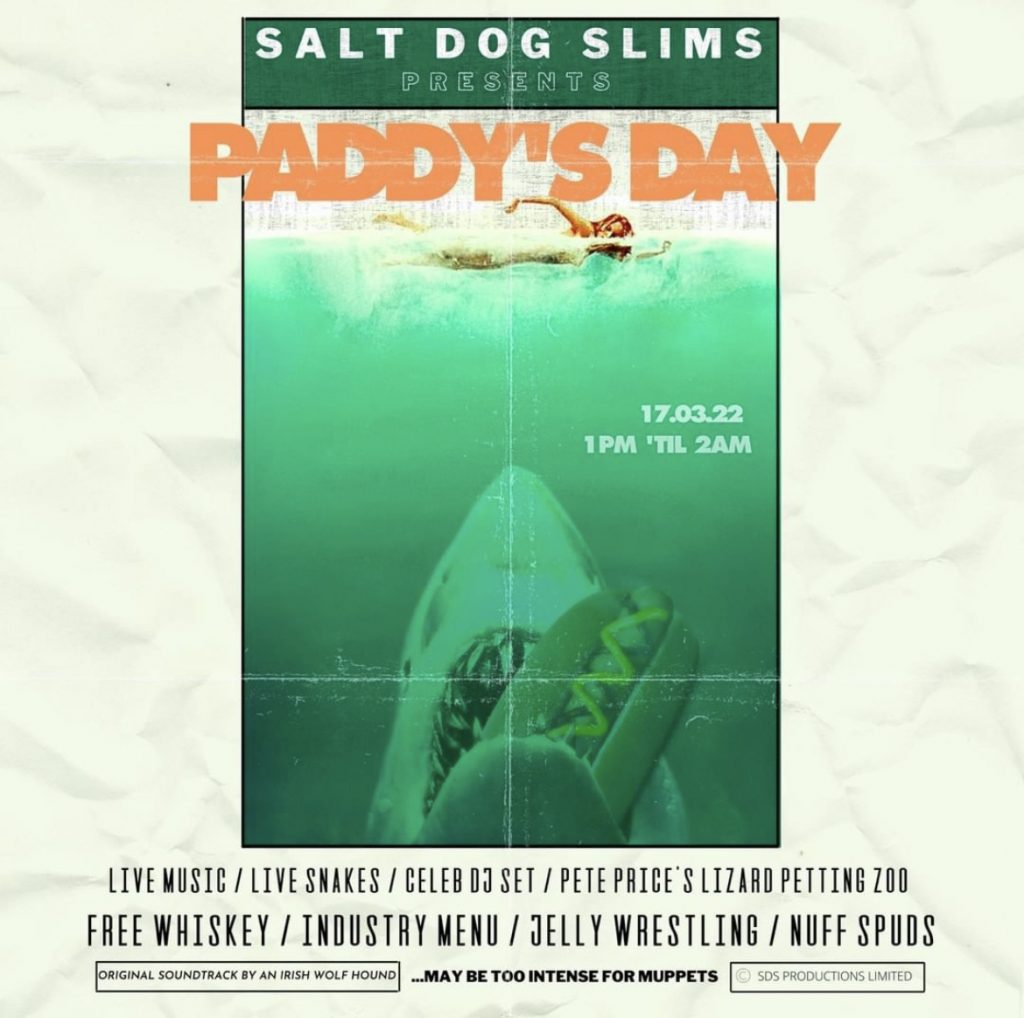 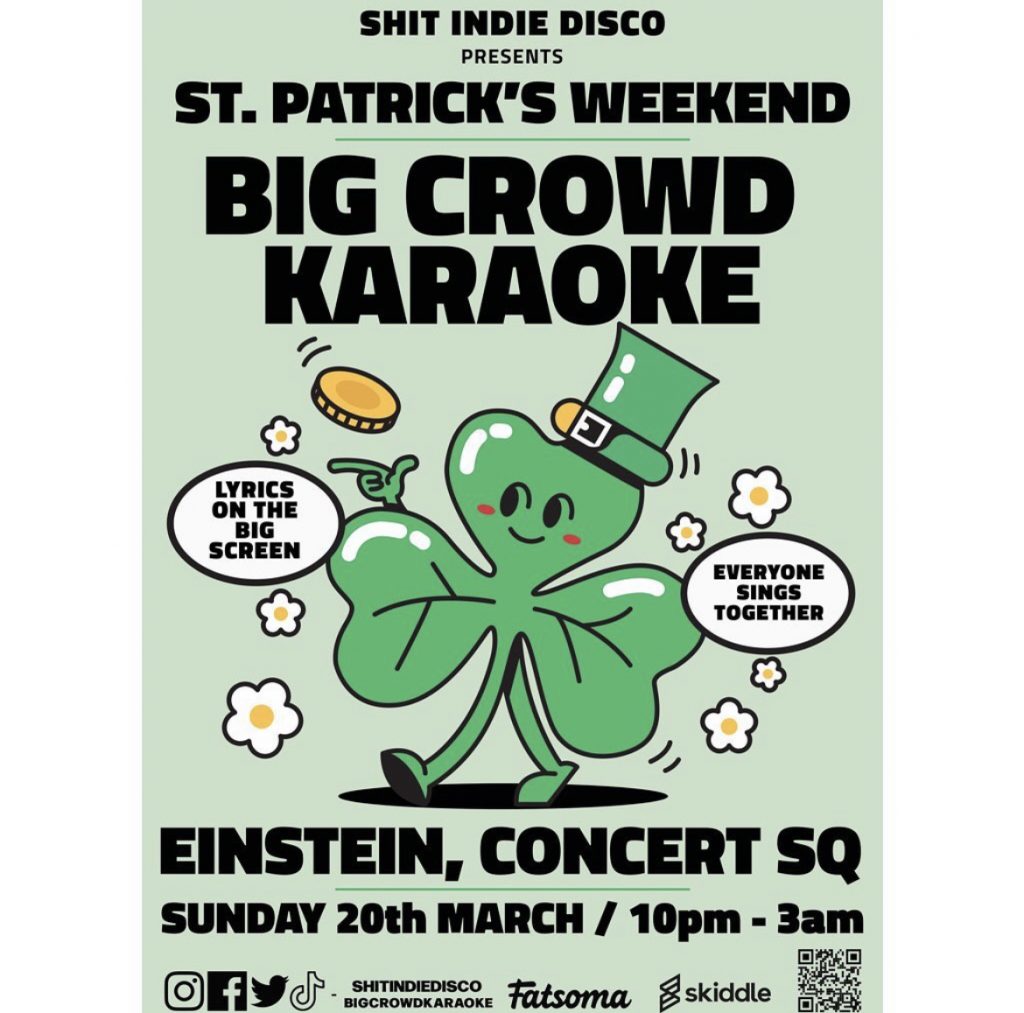 Looking for one of the best pints of Guinness and the most authentic bars this side of the Irish sea then look no further! Pogue Mahone, with is amazing central location, will have you drinking Guinness and whisky like a pro and dancing to Irish music all weekend! With an amazing full weekend of live music. This will be hard to miss! Full music line-up here. 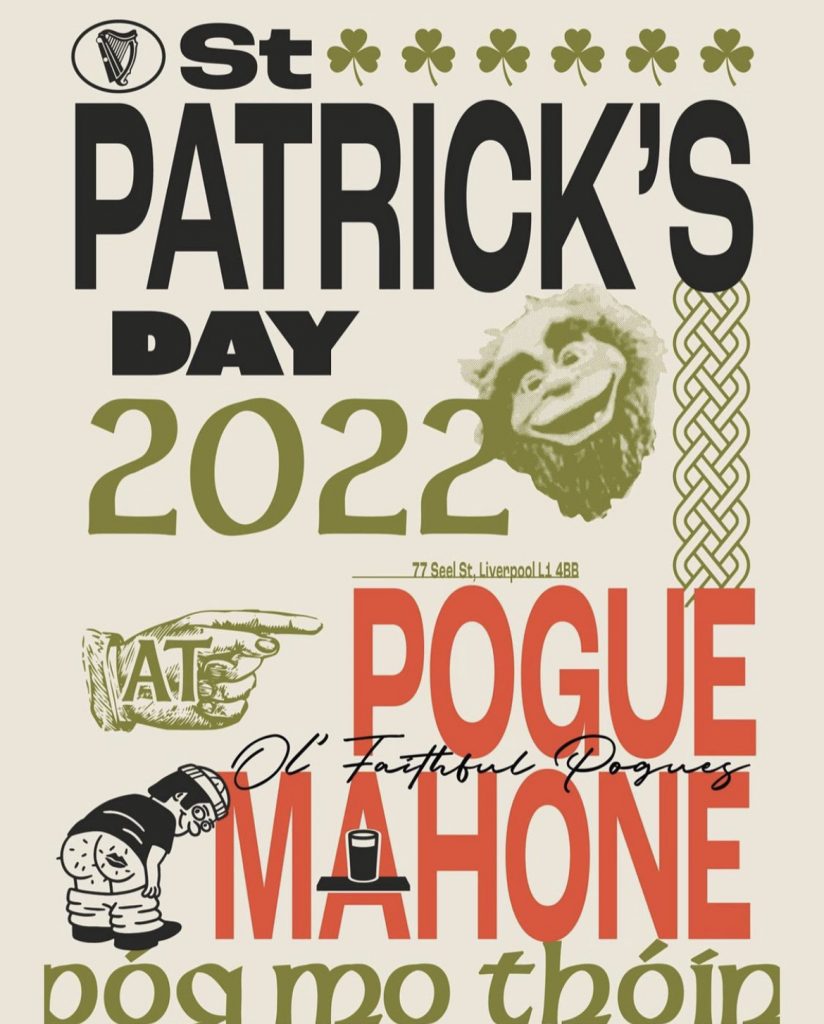 Shenanigans is placed in the heart of Liverpool’s city centre business district. She is just 5 minutes walk from Mathew Street and next to the cities original and extremely popular Super Lamb Banana statue. One of the best bars in Liverpool with will be serving the BEST GUINNESS IN LIVERPOOL all day!  They will have the best way to start the week with breakfasts being served 8am-12pm ‘The Riding Sun Full Irish Breakfast, The Wilde Boar Muffin ,The Vegan Muffin’ Something for everyone, don’t forget Then straight into live music! for the whole day! More info here 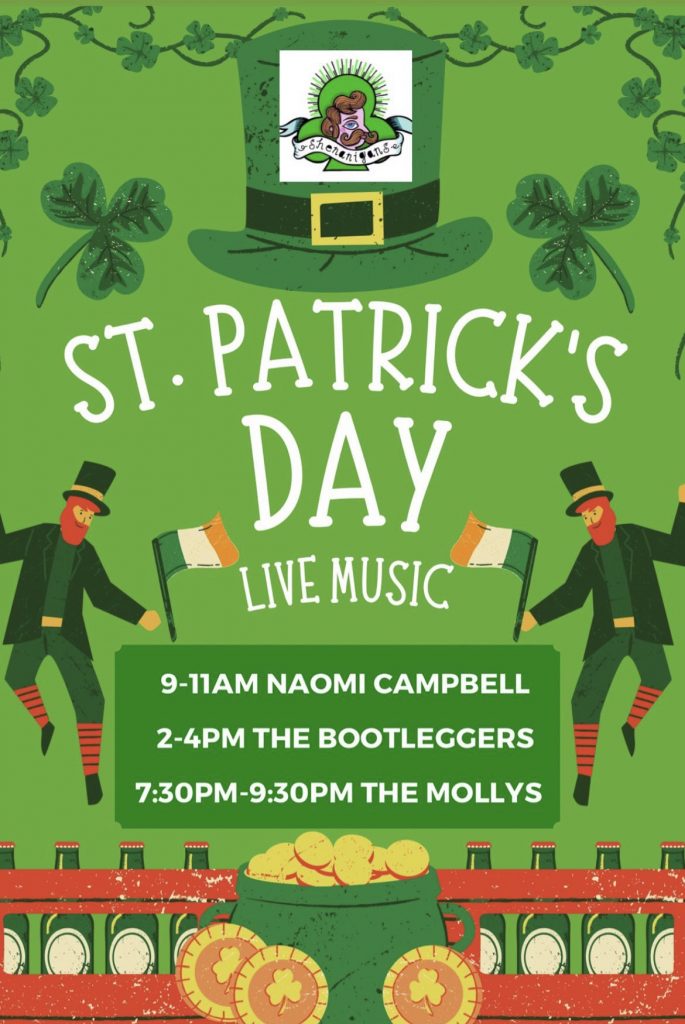 Pins has become a staple hub in the city for nights out now and its their very FIRST outdoor party of the year! They will be opening up there amazing roof for a huge weekend of celebrations!
Open from midday until late, there Paddy’s Day celebrations include:
Guinness bar, bespoke Jameson’s cocktails, bands and DJs, all on the city’s largest, heated and covered rooftop bar.
Check out there insta for more info! 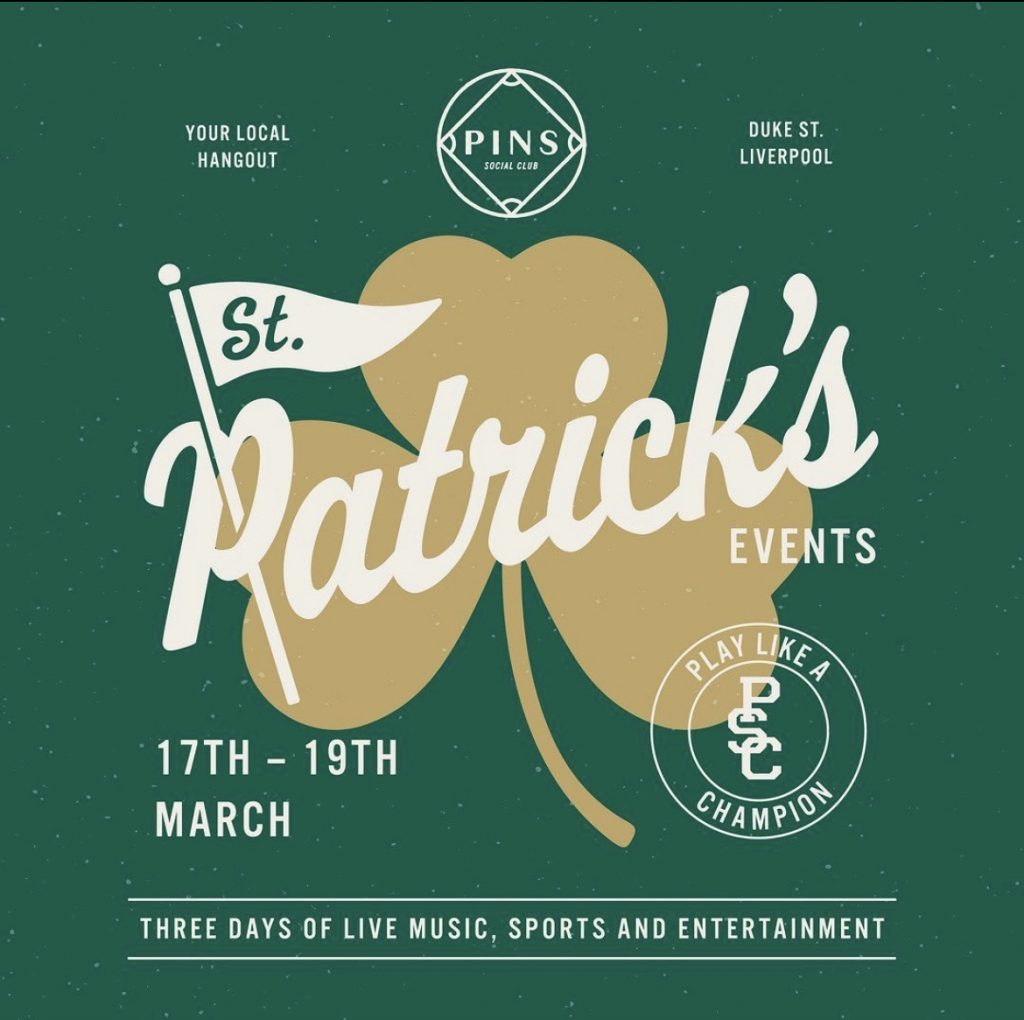 The Liverpool St Patrick’s Day Parade returns for the first time in 3 years on Thursday 17 March 2022. Help spreading the word by inviting and sharing their event here! 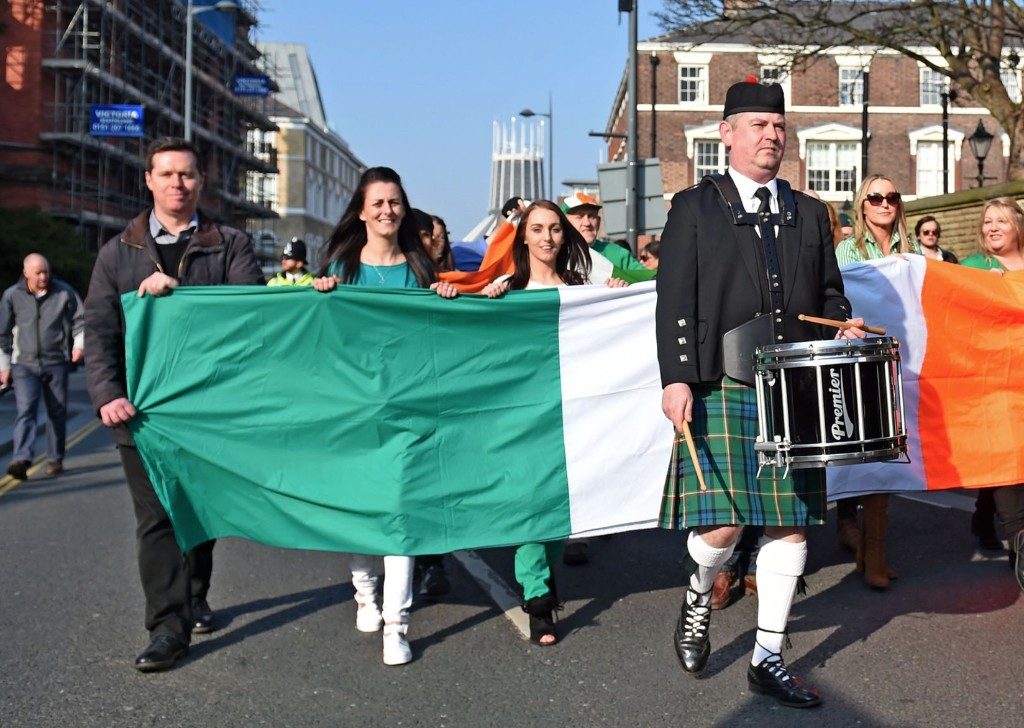