The Ultimate Guide To February In Liverpool

Finally you’ve been paid, the longest January ever has been and eventually gone, it’s time to get out of hibernation and see what’s going down in February.

And there’s plenty happening. It’s a month for romantics, for finding new favourites and re-visiting old loves. For food, fashion, music, theatre, and drag – we’re jumping right in with both feet…

Get your Bao on

Find someone who looks at you like we look at a Vietnom spring roll… If you’ve not had their banging Banh mi and noodle soup that’s so good you want to take a bath in it, head down to their new permanent venue on Berry Street. Expect flavours with real oomph, great cocktails and quality coffee – get down there and fill your face, you won’t regret it. 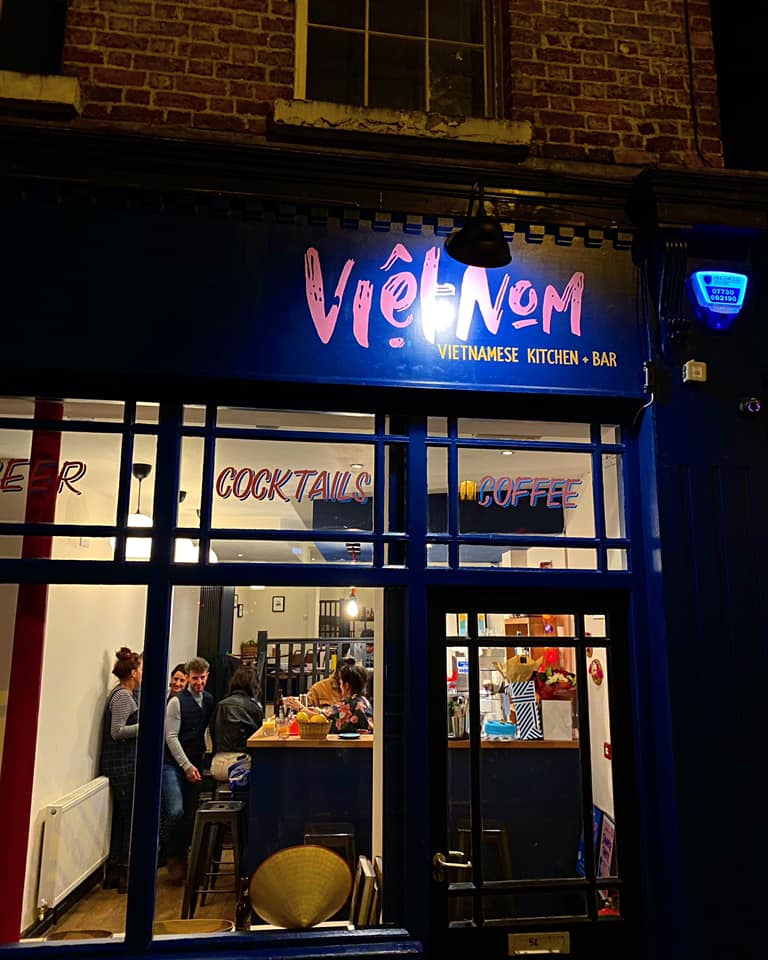 Get The Big Pan Out

Global Scouse Day is an annual celebration of the city of Liverpool which is held every year on February 28th. It is primarily based around scouse; the meat (or veggie) stew that is synonymous with the city, and sees bars, cafes and restaurants in Liverpool and around the world put scouse on the menu for the day. Scouse is also served in Liverpool schools, hospitals, and on Virgin trains nationwide. In recent years Global Scouse Day has grown to encompass music, art and cinema from across the city. More info here. 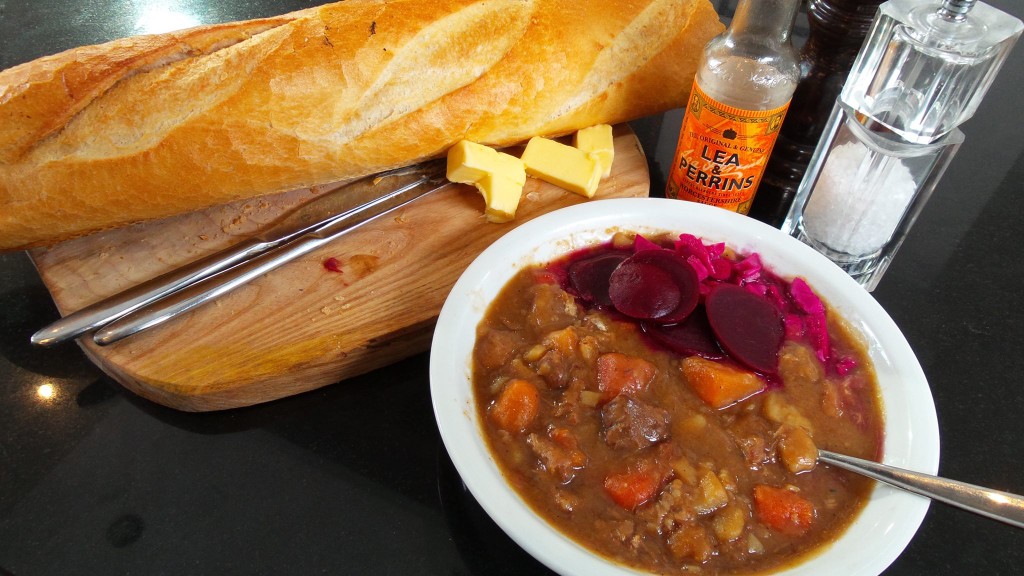 Take your partner, take your mates and show them some love at the Leaf Pudding Club. Leaf make desserts you’ll lose your heart to, and at the Pudding Club you get 5 courses of their sweet, sweet delights, as well as a dessert cocktail and a paired tea with each dish. Grab tickets here. 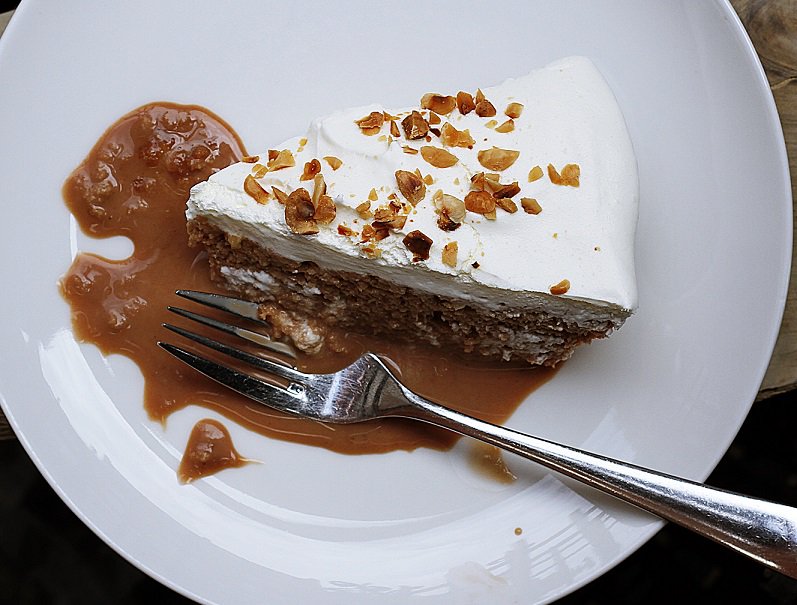 If you think plants are for life, not just veganuary, you’ll love the vegan market. With everything from sushi to cakes, skincare to honey, it’s a total vegan dream. Whether you’re a staunch herbivore or a meat eater looking to switch it up, head down and fill your boots with vegan pizza, falafel wraps, garden burgers and wash them down with vegan beers and wine. Info here 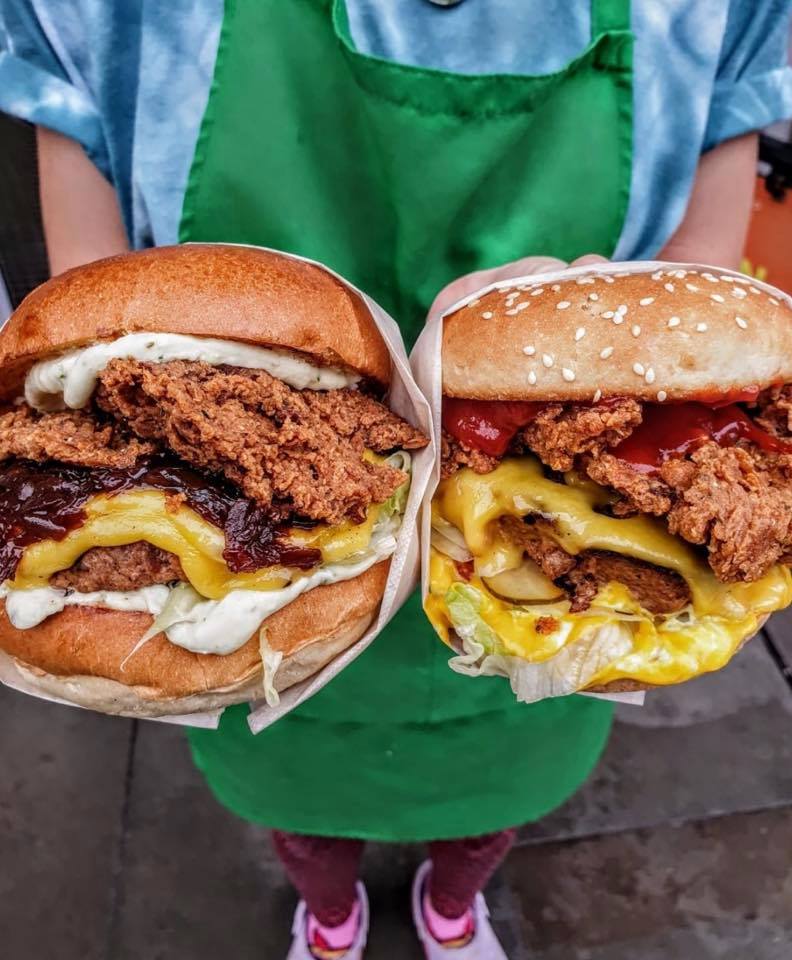 Feel the love with songs from the shows

Know someone who loves a musical? Make their V day and take them to the Philharmonic for an unforgettable night of songs from the shows. Expect blockbusters from the stables of George Gershwin, Stephen Sondheim, Leonard Bernstein, Rodgers and Hammerstein and Jerry Herman, performed by vocalist Matt Ford, west end singers and accompanied by the Philharmonic Orchestra. 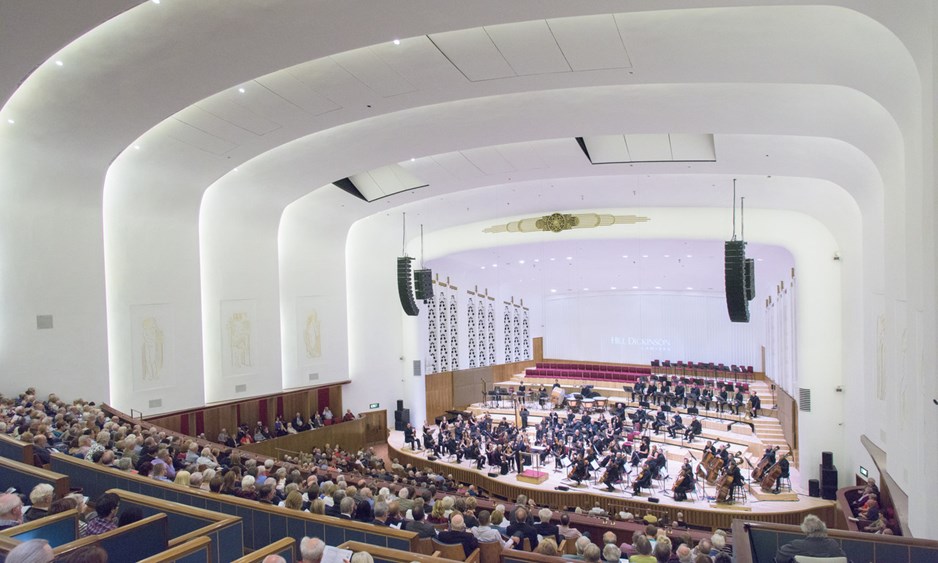 Singing your heart out is good for the soul. Whether you want to serenade your special one or belt some tunes out with your mates, big crowd karaoke is feel good, full-on fun. There’s no squabbling over who gets the mic as the lyrics are on the big screen for everyone to sing and this Valentines special promises loads of love songs, karaoke classics and a big serving of Beyonce for good measure. Tickets here. 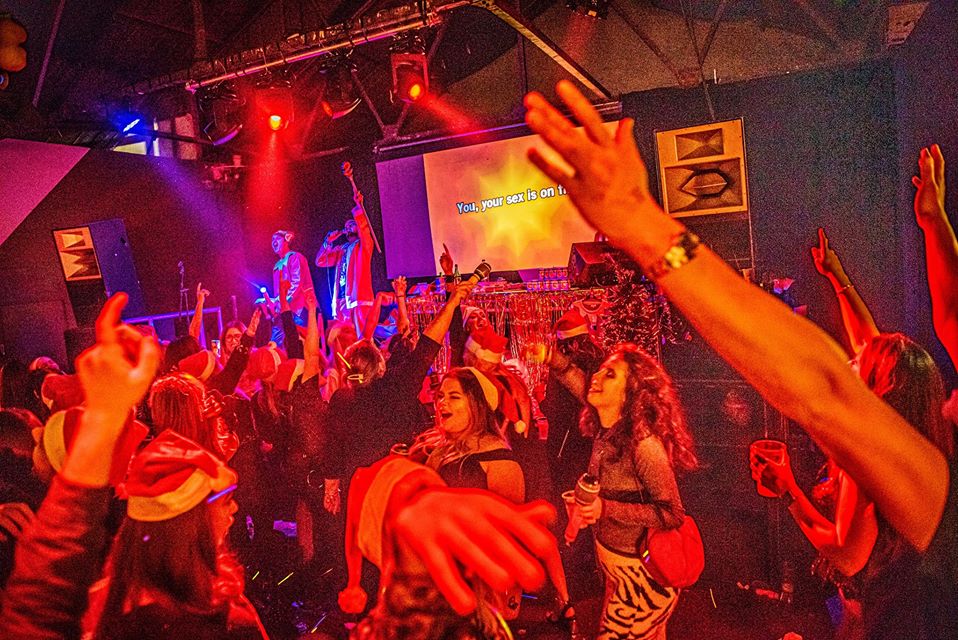 Dive Face First Into This Ball Of Mash Potato

Bundobust is the kind of food you could expect on the back streets of India, inspired by the vibrant and varied street foods, especially from their spiritual home of Gujarat. They serve up dishes with their own modern twist, and offer a roster of the most exciting craft beers from both local and international breweries to drink alongside. One of their most popular dishes is the Vada Pav – a deep fried patty of spiced mashed potato in a brioche bun with green and red chutneys. 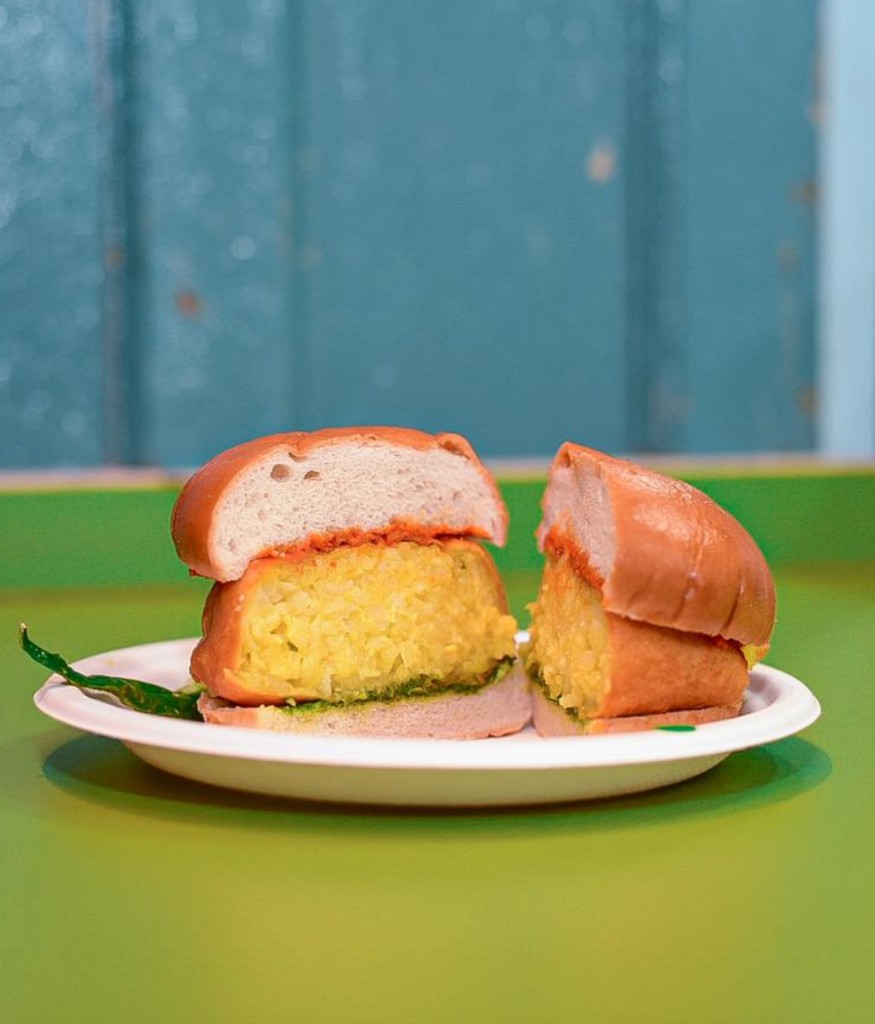 If jazz is more your pace, Papillon could be a top pick for you on the 14th. The vibe will be smooth, the fizz will be flowing and there’s a 3-course menu that includes a sharing chocolate fondue.  There are loads of other venues getting their romance on with special menus: Get your chops around a steak and lobster deal at Slims,  whisk someone off to New York via six courses at Nico’s or get three courses of foodie heaven and Cumbrae Oysters at Delifonseca Dockside. 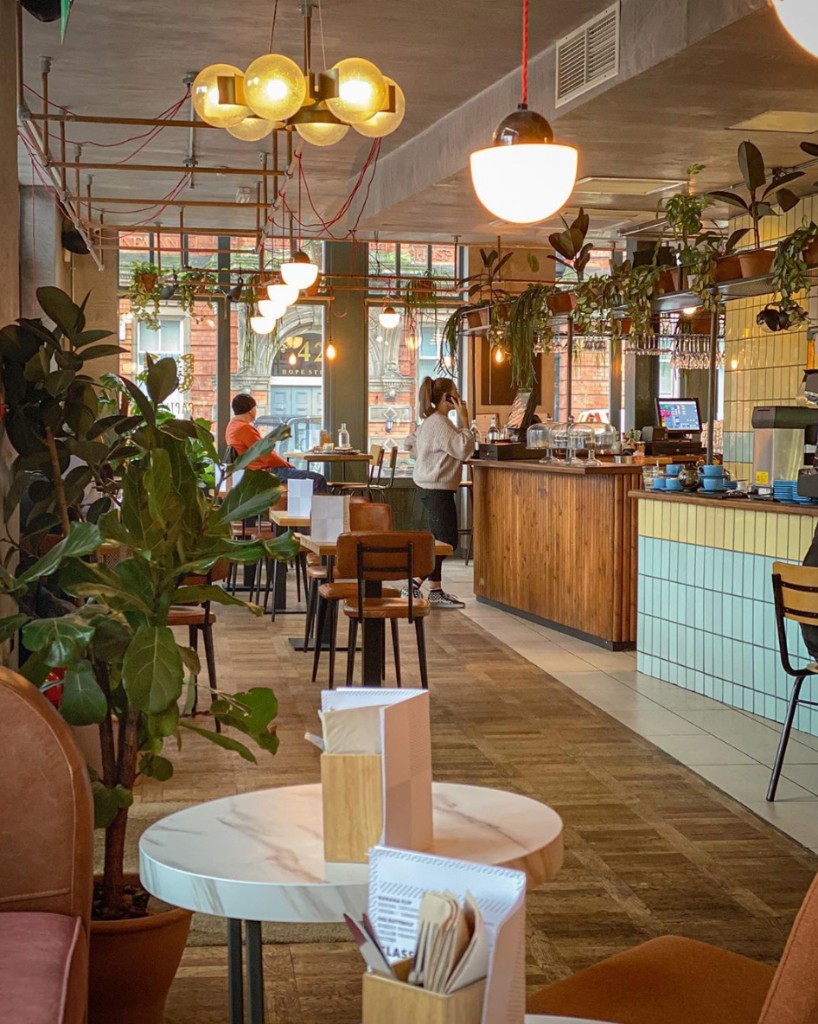 Night of the Living Dead – Remix

Would you rather stick pins in your eyes than go out for a romantic meal? Fair do’s. If you’re sick of the schmaltz and want a ghoulish hit of trippy horror, the Everyman have the perfect medicine. Night of the Living Dead was a film that overturned conventions and this production recreates it on stage shot by shot. It’s fast, furious, funny and full-on frightening – if you love cult horror it’s one not to miss. 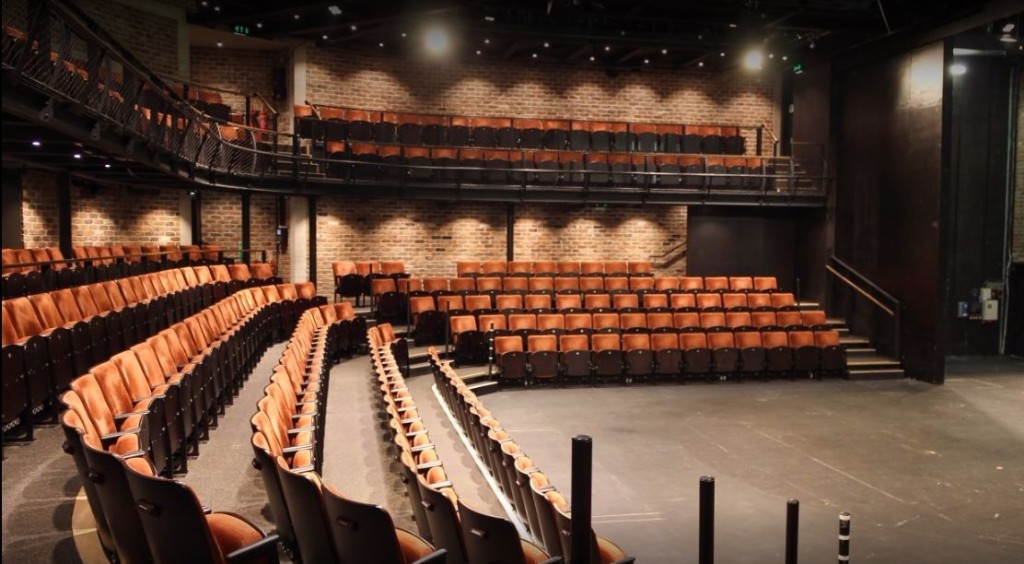 NQ64 is an underground drinking den, just off Seel Street, where you can find the best retro arcade games and classic consoles. Alongside the games is a drinks list with specially selected beer and themed cocktails. All of the nostalgia of your childhood and all the booziness of your adulthood – there’s no wonder this place is so popular. We’ve rounded up 6 cocktails and 6 games you need to try, read it here. 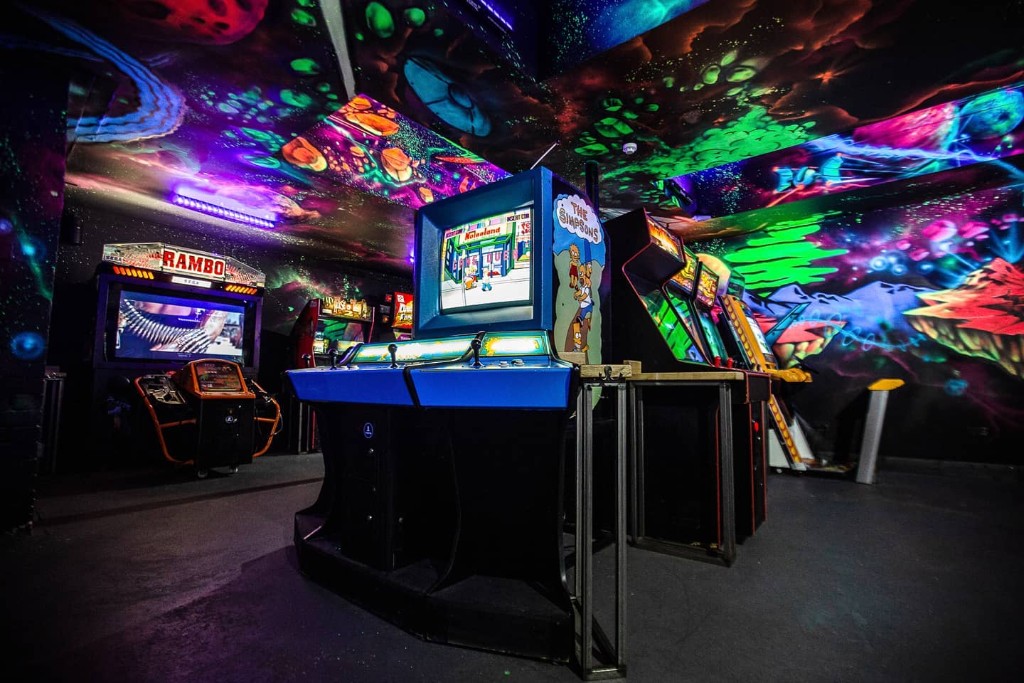 Ah, remember the 80’s? Liverpool were dominating the football, we were under the rule of an odious Tory government, the highlight of a school trip to the museum was seeing the Fords and the horse-drawn carriage… well, thanks to the Museum of Liverpool you can now experience the full 80’s hit again. From February 14th some of your favourite vehicles will be back on display in ‘Liverpool on Wheels’ an exhibition charting the city’s proud transport history. It’s a slice of 80’s nostalgia we’re happy to welcome back. 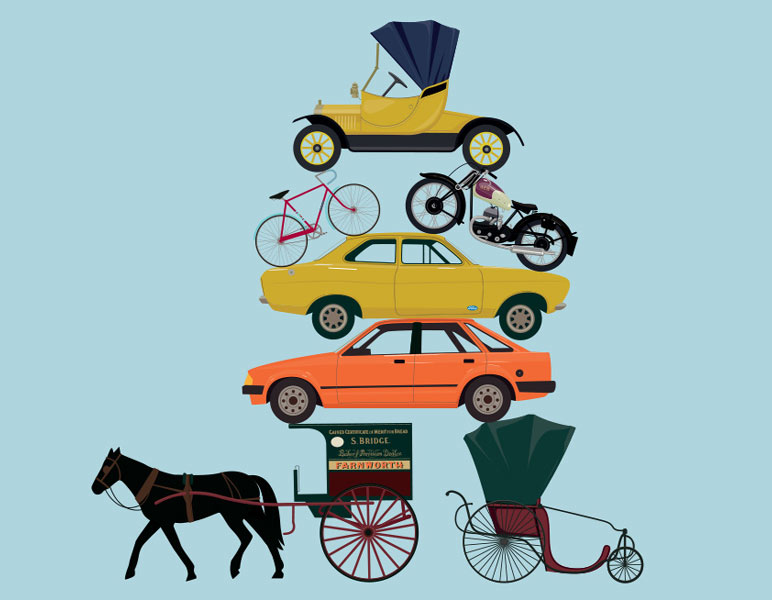 Drag is huge right now and if you’ve been bereft since RuPaul and friends left our screens, you can get a full-on fix at Sinderella. Divina De Campo, Jamie Campbell and Stacy Layne Matthews are bringing a slice of camp, fabulous and filthy fun to the Empire. And an extra bonus will be delivered by Cheryl Hole in the form of a live Celeb Lip Syn battle with the likes of Nikki Grahame, Scotty T and Belinda Scandal. Grab your tickets here. 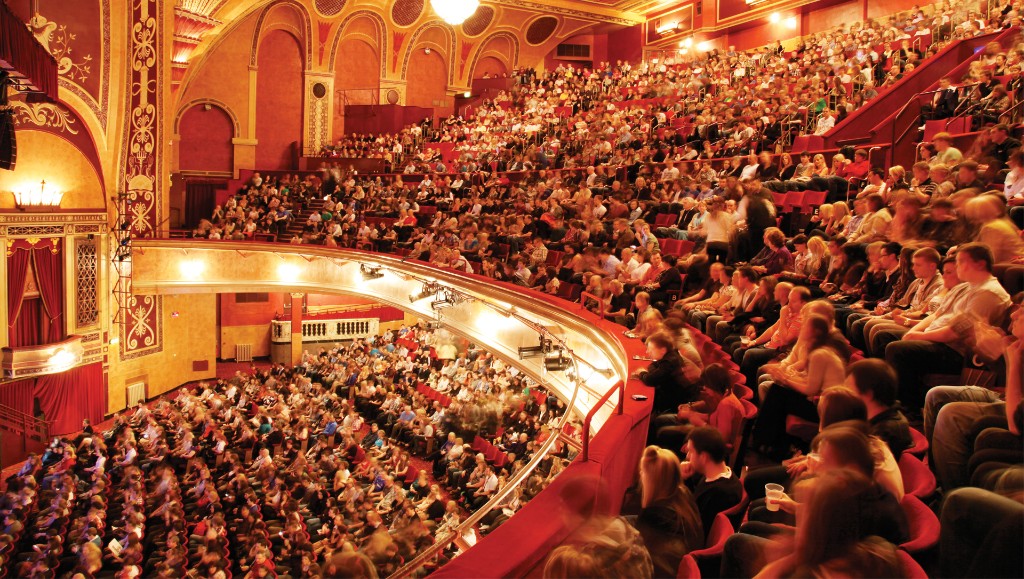 Tower building, on the corner of Water Street and the Strand, is the home to a lovely coffee shop. What was once an old banking area for the building is now Lucaya (say “look higher” without the h), a large, airy space with huge windows overlooking Water Street. Lucaya is the little sister of the well-loved Rococo Coffee House on Lord Street. For the whole of February our Independent Liverpool members can get 20% off all week! 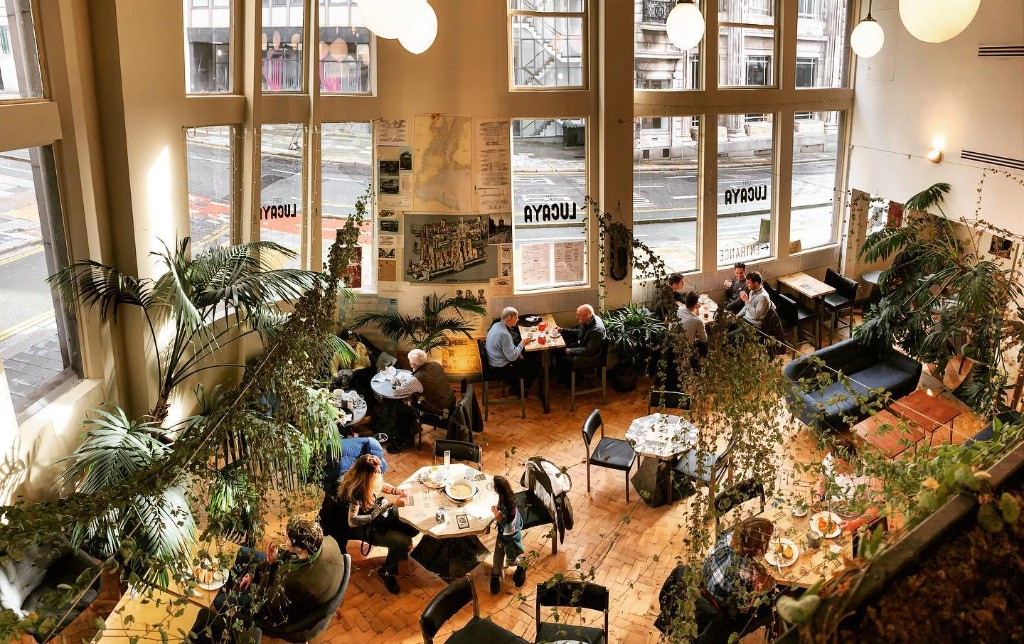 You Feel Me @ Fact

This month is the last chance to see this surreal and thought-provoking display at Fact. The galleries have been turned into alternative worlds where interactive artworks suspend in air, float in mist and explode onto walls. Through virtual reality, video and game design, artificial intelligence and ceramics it explores how prejudice and systems of power impact on our lives. More here. 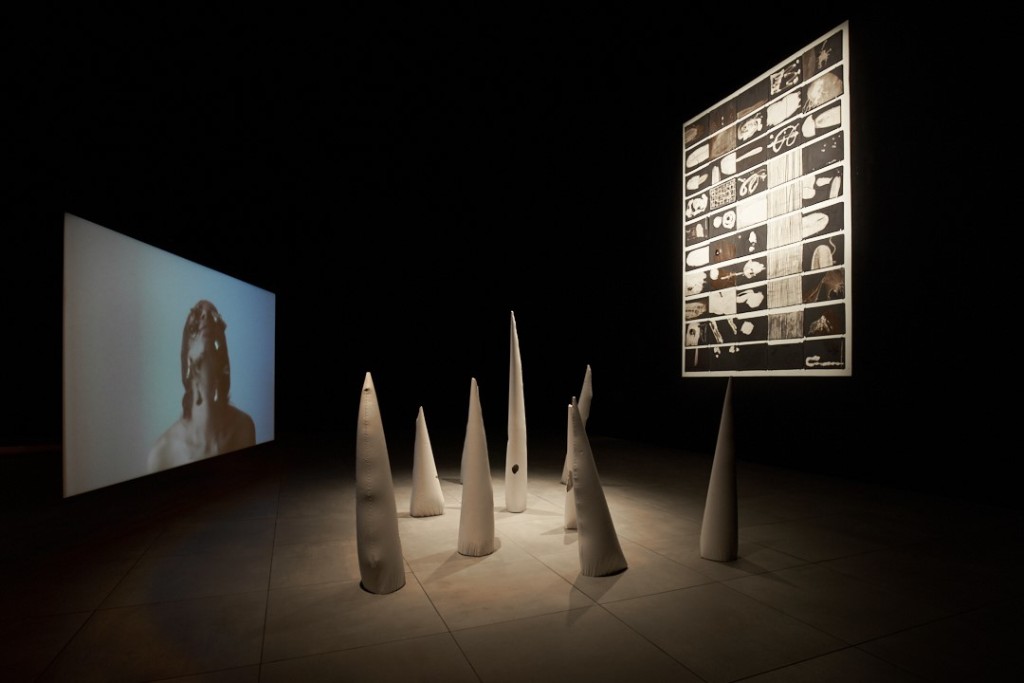 Get Tickets For These Outdoor Shakespearian Plays At Calderstones Park

Shakespeare’s Globe Touring Ensemble will offer audiences at Calderstones a choice of three plays, each exploring themes of nature, the city and the places beyond: A Midsummer Night’s Dream, As You Like It and The Tempest. The performances will be the first to take place in the Garden Theatre since the Calderstones Mansion House reopened in September 2019, following a £5 million, three-year refurbishment. More info here. 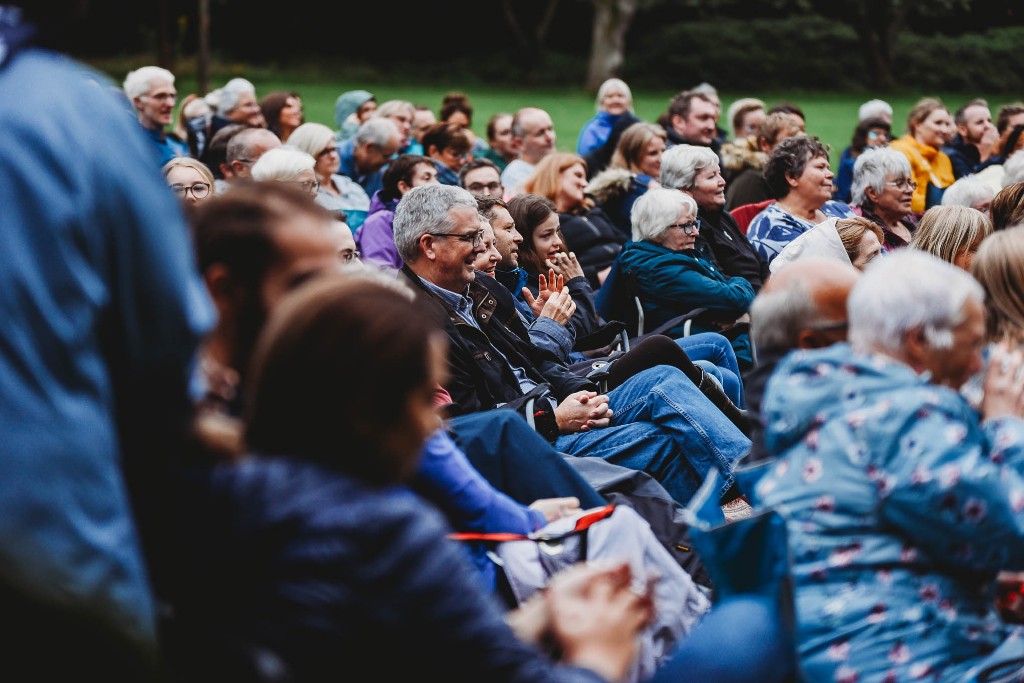 Go To This Masquerade At Sefton Park Palm House 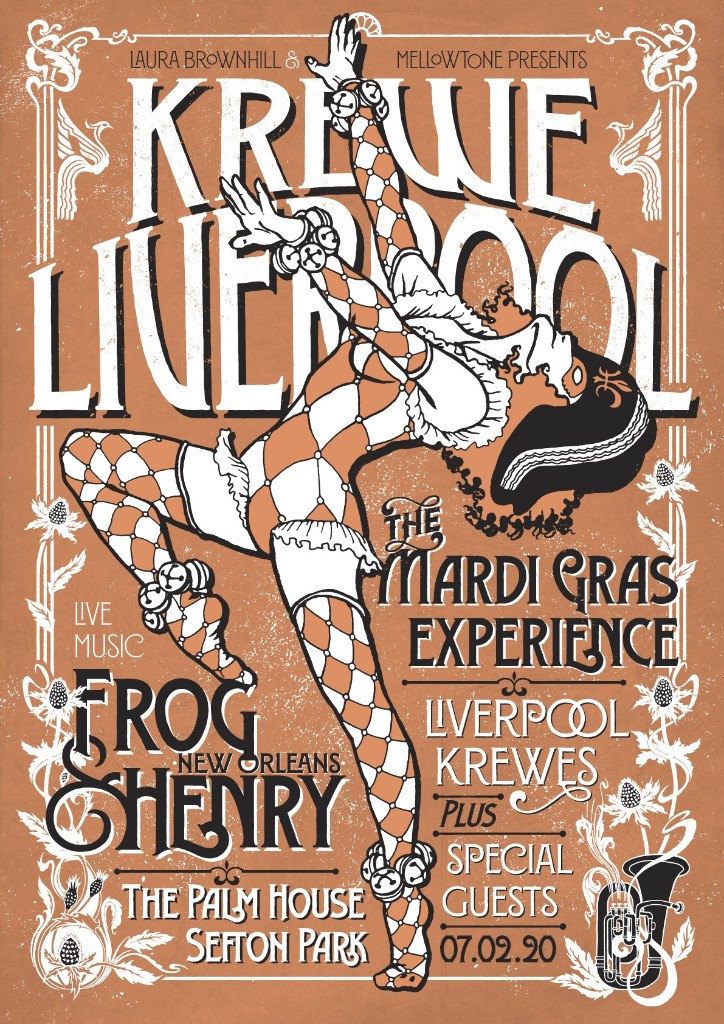 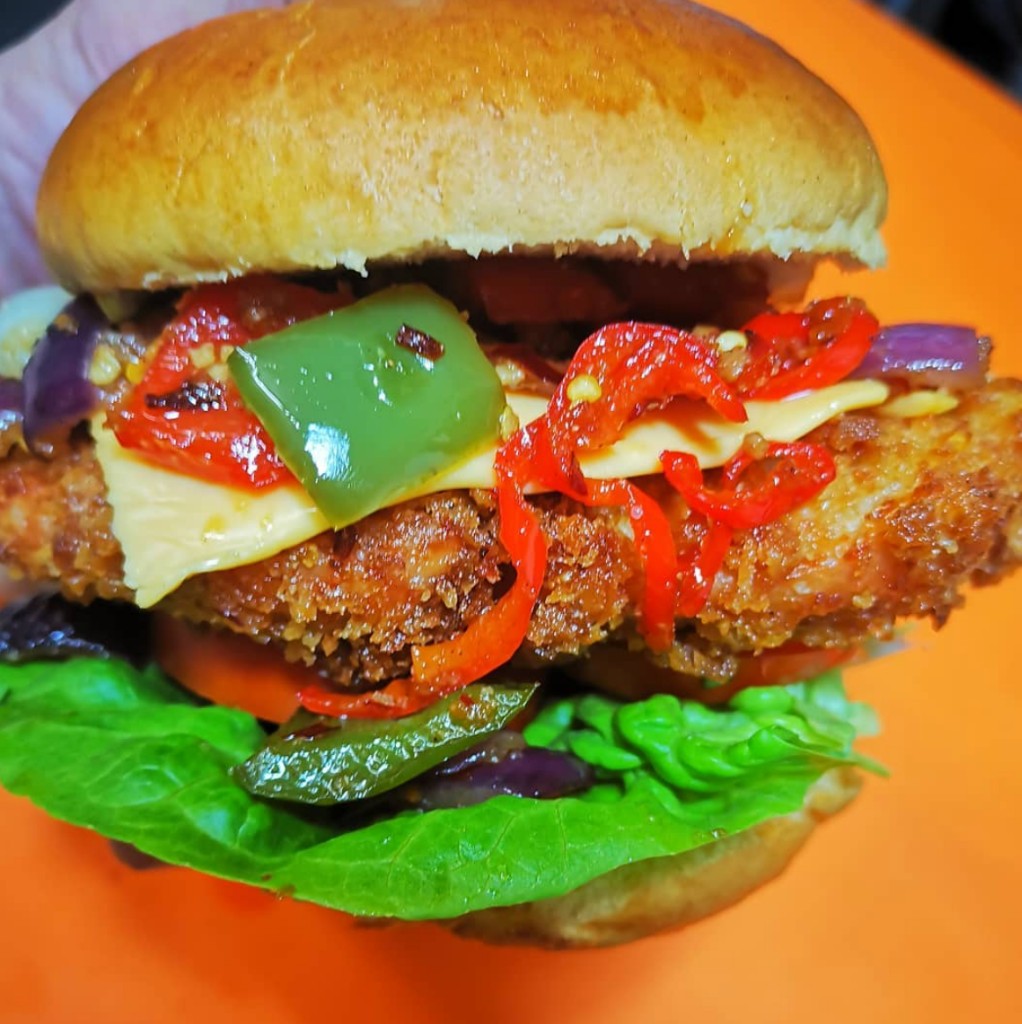