The Ultimate Guide To Chinese New Year In Liverpool

2018 is the year of the dog and Chinese New Year is just around the corner so we’ve decided to create the ultimate guide for festive fun. Liverpool – a city built by immigrants and proudly stocked by scousers has a large and vibrant multi-cultural population and Europe’s oldest Chinese community. Liverpool’s Chinatown was the first established in Europe and we have a pretty bold and beautiful arch that was shipped piece by piece from Shanghai to show it off. Liverpool boasts many amazing Chinese restaurants, takeaways, groceries and supermarkets and it only seems to keep getting better. There are currently around 10,000 Chinese residents in Liverpool but a lot more take to the streets on Chinese New Year to join in with the fun. 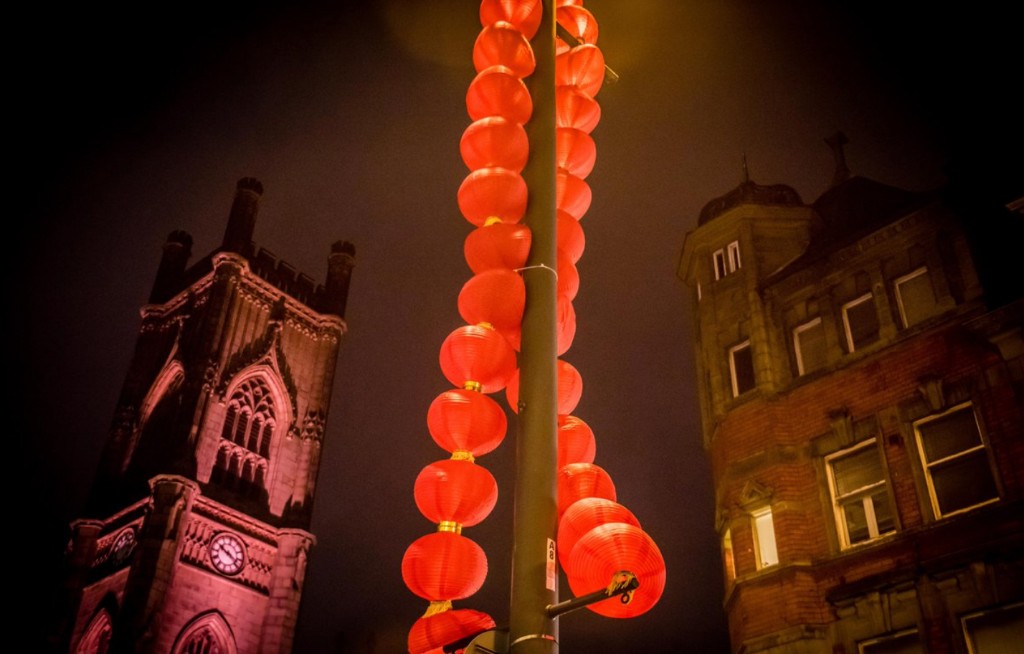 Here’s how we think you should get involved:

From 5pm on Thursday 8 February thousands of Chinese lanterns will adorn William Brown Street, Lime Street, Renshaw Street, Ranelagh Street, Berry Street and Nelson Street and Great George Square, and a number of buildings will also turn red in homage to the Far East. Lanterns will also adorn Liverpool ONE and Exchange Flags. After the success of the ‘Follow the Star’ campaign which took place at Christmas, Kazimier Productions will once again illuminate the Bold Street thoroughfare, this time with eight large lanterns accompanied by red lasers which will shine from the bell tower of St Luke’s Church. A newly commissioned sound design will run alongside this work that has been that is created by Kazimier in partnership with local musicians.

This carpet of red will coincide with the public opening of China’s First Emperor and the Terracotta Warriors at World Museum on 9 February, with the buildings staying red and the lanterns remaining in place until 28 February. The excitement continues to build on Saturday 10 February as the Liverpool Hung Gar Kung Fu Friendship Association perform a traditional Lion Dance symbolising good luck and good fortune, banishing the winter and welcoming spring.  The parade will take place through the city centre, starting on Bold Street at 11am.  It will travel through the city until 3pm, finishing at Liverpool ONE. Pagoda Arts will also be performing at Keys Court within Liverpool ONE with a programme of dance and Tai Chi. 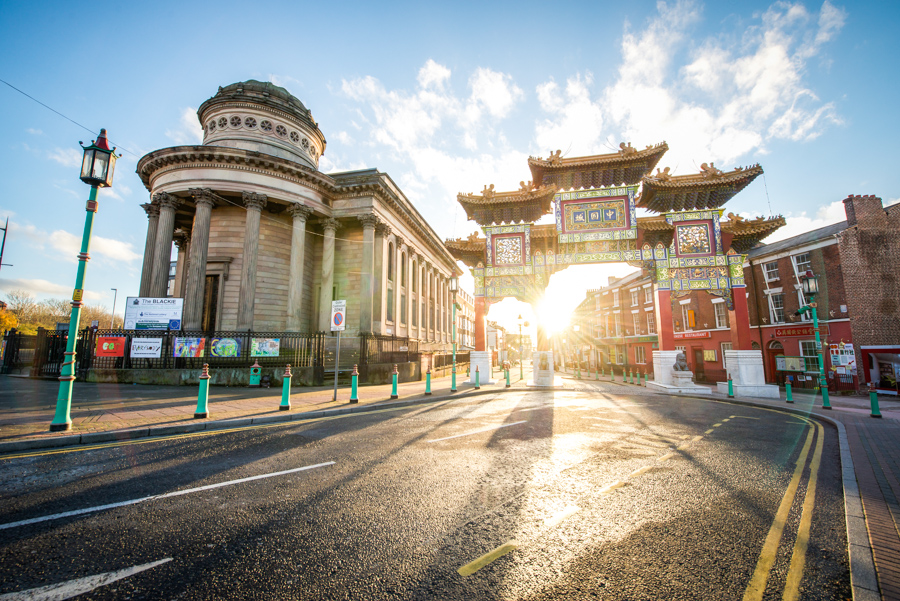 The main Chinese New Year celebrations will take place from Friday 16 to Sunday 18 February. Each night, a beautiful lumiere display will take over Chinatown, lighting up the Chinese Arch, the Black-E and The Arch (formerly known as the Scandinavian Hotel). On the Friday and Saturday, from 7pm an illuminated dragon and lion dancing show will take place around the Chinese Arch.  There will also be a performance by Chinese and British students in traditional Chinese dress in a partnership by Pagoda Arts, Everyman Playhouse and Liverpool Confucius Institute.

After this, from 7.30pm to 8.30pm, a new 12-minute projection commissioned by the city council and entitled Jingwei’s Legacy (a continuation follow from last year’s creation around an ancient Chinese myth, Jingwei and the Ocean) will be shown four times. The stunning creation focuses on cultural diversity and the hope that communities can live together harmoniously regardless of their backgrounds or beliefs. 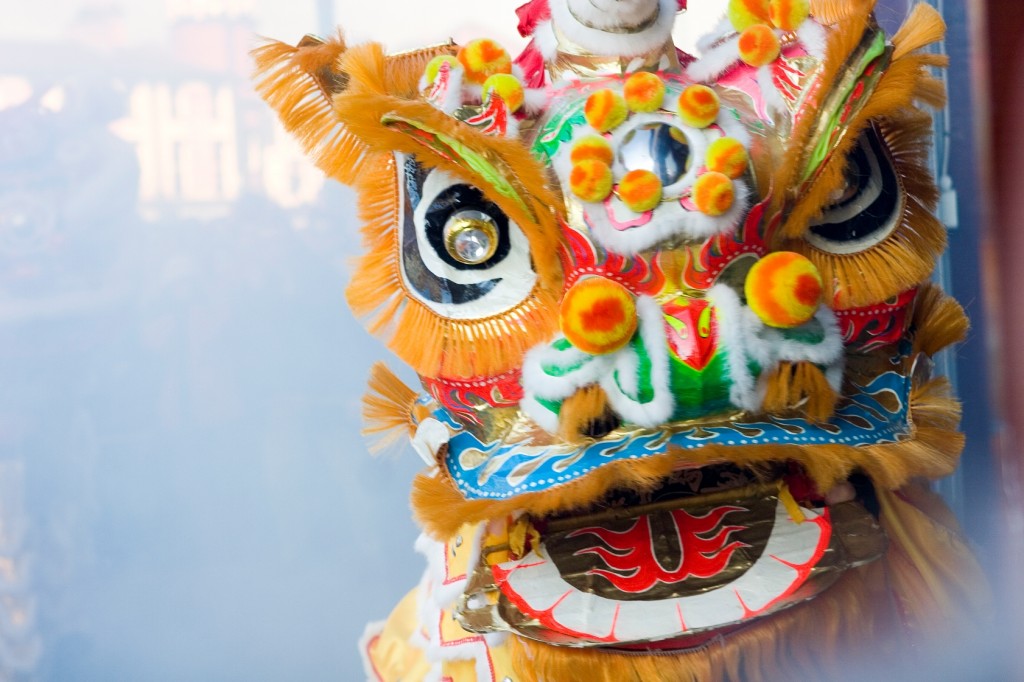 On Sunday 18, which will be the main focus of the Chinese New Year celebrations, the projection will take place just once at 6.30pm and will be followed by a short pyrotechnic finale. Digital experts Illuminos have returned once again and have created the lumiere creations in partnership with Pagoda Arts and First Take. The soundtrack to the show is a specially commissioned piece by Jah Wobble with musicians Tien and Chi Chi.

The traditional Chinese New Year celebrations, which attract around 20,000 people, will see a series of popular street performances, family workshops, shadow puppet theatre, art installations, parades and of course the popular Chinese market on George Street selling gifts, souvenirs and mouth-watering food. This year’s event forms part of the China Dream season which is set to be one of the highlights of the Liverpool 2018 programme – celebrating ten years since the city held the title of European Capital of Culture. 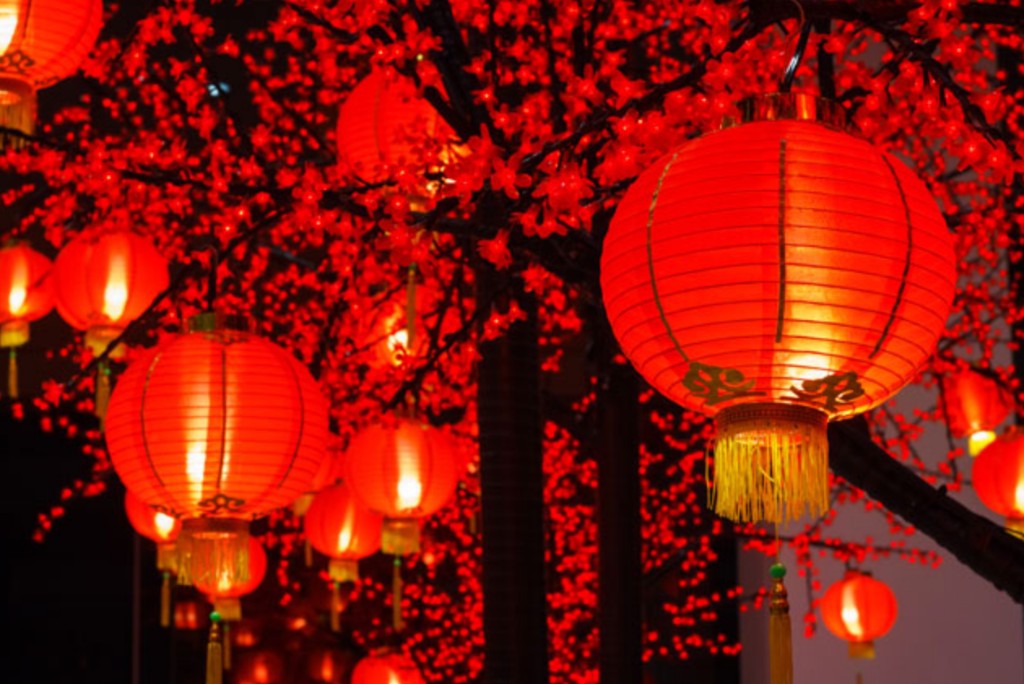 Sunday’s family friendly activities, kick off from 11.30am, with the programme which is as follows in Great George Square:

16:00 – 5pm     A showcase of traditional and contemporary music, dance and song by Chinese students in a partnership between Everyman and Playhouse and Liverpool Confucius Institute.

To celebrate Chinese New Year, World Museum will also be hosting free drop in family-friendly activities throughout Saturday 10 February from 10am – 4pm, including lion dancing, lion dancing, a calligraphy workshop, traditional Chinese opera performances and re-enactments of the fighting techniques possibly used by the First Emperor’s real army. Delivered by the Liverpool School of Cantonese Kung Fu. The Museum will also be hosting a Chinese lantern workshop on Sunday 11 February from 1 – 4pm, in preparation for the Chinese lantern festival on 2 March, when lanterns traditionally decorate the streets of China, in each house and store. In the parks, lanterns of different shapes and designs attract countless visitors. Discover the history and skill of making Chinese lanterns and make your own to take away with you and celebrate the coming of spring. 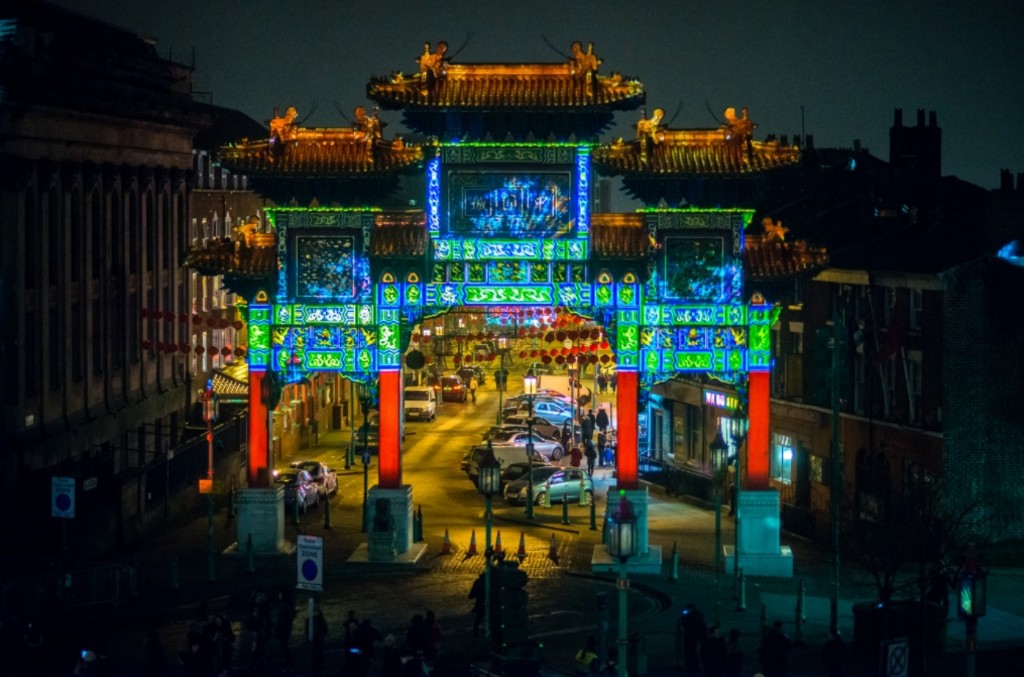 ENTER THE DRAGON AT BOMBED OUT CHURCH

The outdoor cinema will be over 3 days showing and exploring three different classic pieces of cinema. On February 14th, for what might be the most romantic of Valentine’s Days, you can go and see Casablanca. Of all the Bombed Out Churches in the world. On February 16th you can watch In The Mood For Love and on February 17th you can watch Enter The Dragon, the Bruce Lee classic that will pay a homage to Chinese New Year. Tickets can be purchased online here and they’re currently only £5 and you can get a refillable drink. Bargain.

If Tai Chi, dragon dances or open air cinemas aren’t your thing – what about some food? Yeah? We thought that might sound good. Liverpool is so lucky to have so many Chinese restaurants that span beyond China Town. Tai Pan and Mei Mei are traditional favourites, Chamber 36 and Blind Tiger are worth checking out for something a bit modern and funky. And the fun doesn’t stop at Chinese restaurants, there are plenty of other places offering an Asian spin on their classic menu items. Take this sui mai hot dog for example from Slim’s Pork Chop Express. If loving this is wrong we don’t want to be right. 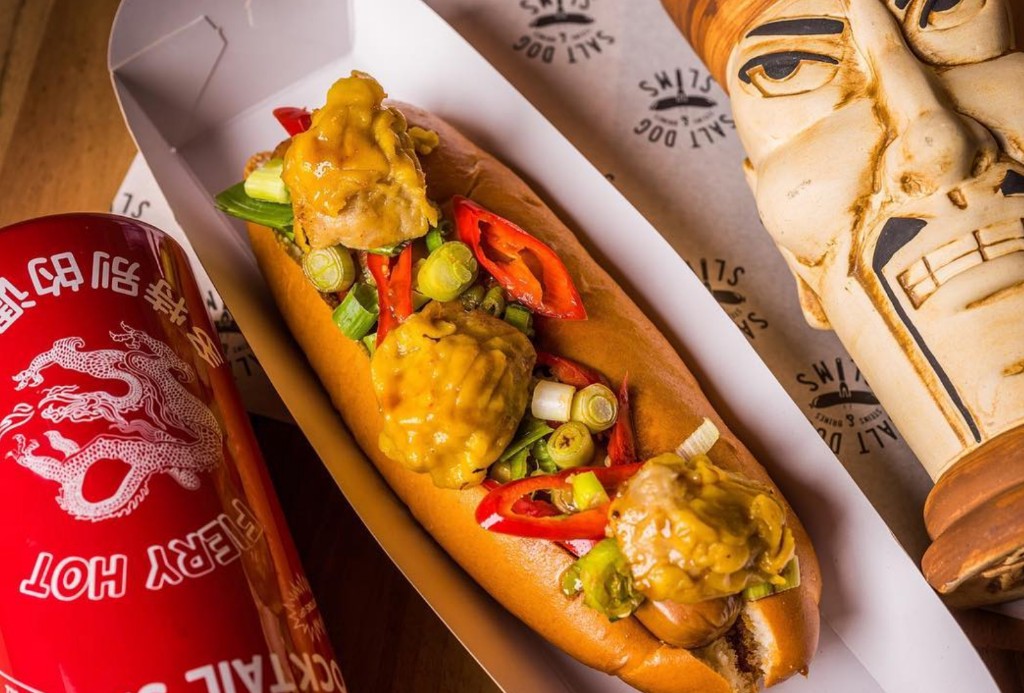 This Chinese New Year the city has gone all out, and at the Bombed Out Church it’s no exception. The Chinese Dragon and celebratory parade pass right in front of the church and the lasers will be back in action from the bell tower, a coloured light display will decorate the front of the the church and Chinese Lanterns will adorn the grounds. Complete with a variety of sweet and savoury foods, a bar for hot and cold refreshments, a gorgeous artisan market and some staged entertainment, there is absolutely no entry fee, so why not stop by and celebrate with the Bombed Out Church.  The fantastic market will be held in the grounds whilst inside the church they will be holding craft sessions for anyone who wants to come and join in.

For any more info check out our friends at Culture Liverpool.