The Ultimate Guide To April 2019 In Liverpool

You’ve got to love April. Spring has officially sprung, beer-garden weather seems tantalisingly close and you’re legitimately allowed to eat chocolate eggs for breakfast. Here’s our top tips for what to see and what to do this month:

There’s something special about the Bombed-out Church, and for one weekend in April you can raise a glass, or two, to its ethereal beauty. This is billed as a beer festival but you can take your pick from around 150 real ales, ciders, boutique gins or if you’re more grape than grain, grab a glass of wine. Whatever your tipple we’re pretty sure it’ll taste even better in these surroundings. Tickets.

No need to adjust your device, you really can get yourself a halloumi kebab at Hafla Hafla’s street food kitchen at Baltic Market. Mountains of marshmallowy halloumi marinated in harissa spinning around ever so gracefully on a skewer all day only to be sliced and made into a kebab when you want it. It really is as good as it looks.

HALLOUMI FANS – WE'VE GOT BIG NEWS!Hafla Hafla are now doing harissa marinated halloumi shawarma. Yep – cheese kebabs are now a thing and you have to taste it to believe it. Back open this Thursday – come and have one!

If you’re all about gin then Gin Fever at Constellations will get your temperature rising. Two days of the best gin in the land, cocktail bars, gin masterclasses, live music and some quality street food to line your stomach, all in the awesome surroundings of one of the Baltic Triangle’s finest. You can even take a bottle of your favourite home from the pop-up gin shop. Ticket link here. 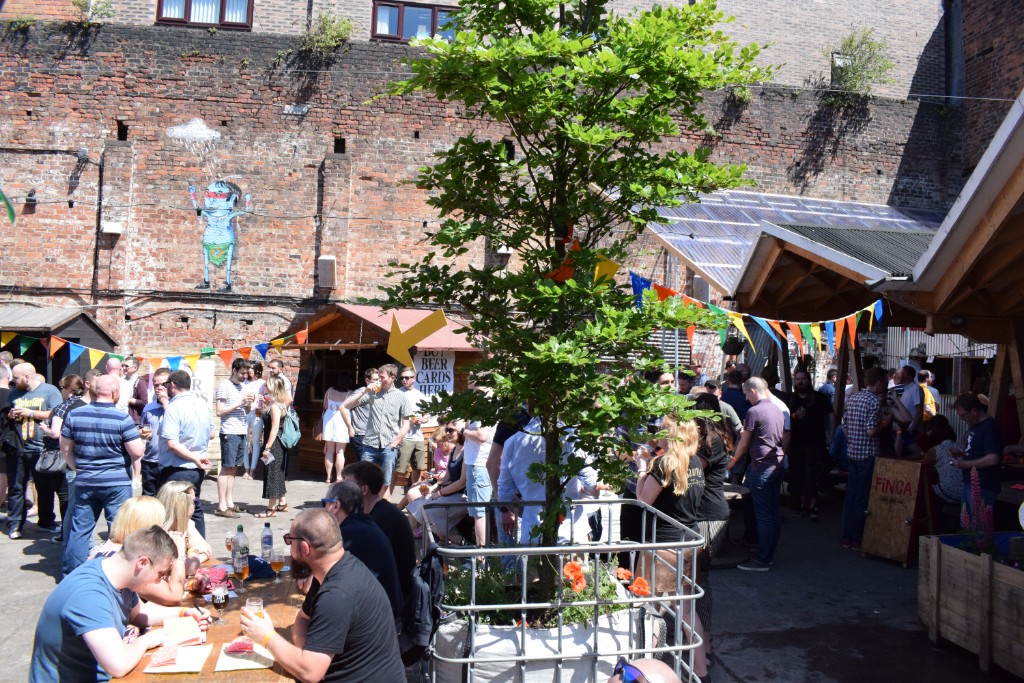 Many of us have probably wished for a brave new world in recent months and this classic tale of a society driven by consumerism and technology is as relevant as ever. See it as satirical escapism or take notes on what may be to come… info here. 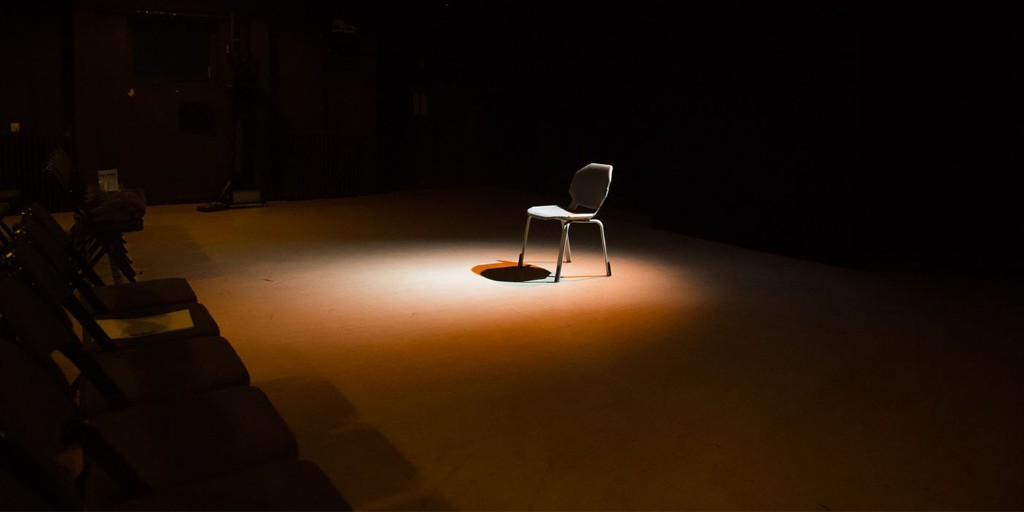 On April 7th the Baltic Market will become a vegan paradise. Expect a vegan smorgasbord of pies, brownies, bagels, sushi and Korean street food from the pop-up stalls as well as some vegan specials from the regular traders. Wash it all down with some vegan beer and wine and then browse an array of animal friendly wares, vegan accessories and cruelty free products. Info here. 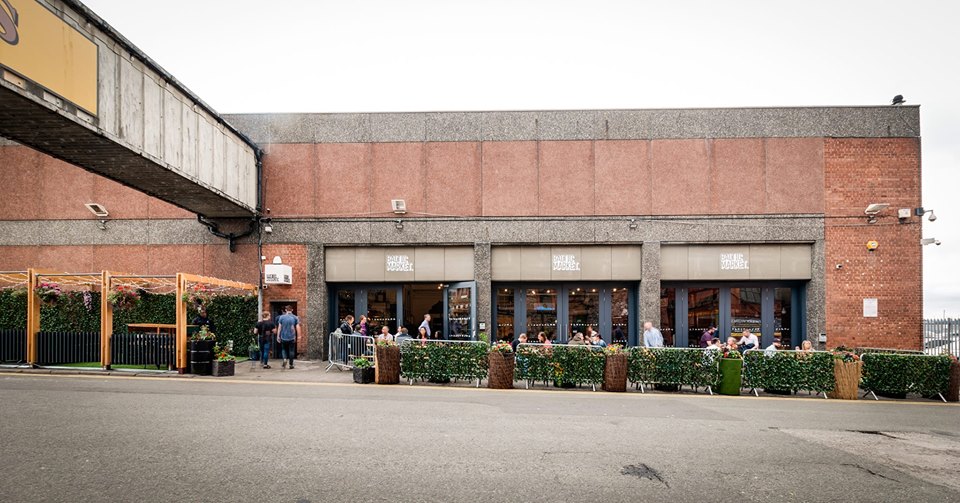 What is that in the sky? Is that the mysterious ball of fire that our ancestors used to talk about? We think it was once referred to as “the sun”. Despite its lack of presence over in the good old United Kingdom, when the sun is out it illuminates beer gardens that almost feel covered in darkness the remainder of the year. If there’s anything better than blowing the dust off your shorts, heading to a beer garden with your friends and having a few drinks, we’re yet to experience it. Those nights that start with “shall we just go for one?” and end up being anything but. Read our ultimate list here. 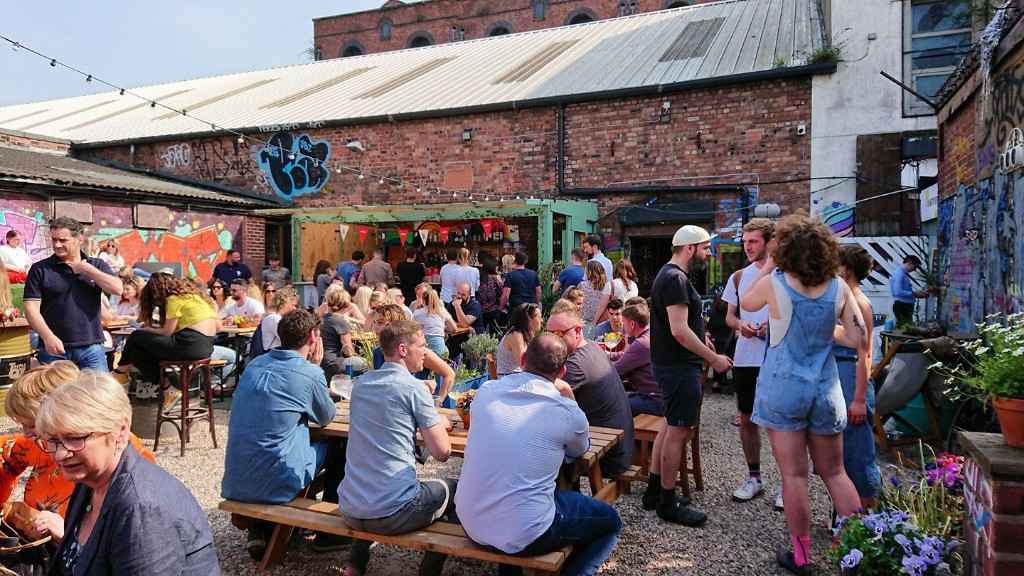 It’s the 21st Century, the aftermath of a bitter civil war, but ultimately the Gods may have the final say in the outcome of this thought-provoking play. Third year LIPA students will steer you through this challenging production that combines modern politic with Greek mythology. Info here. 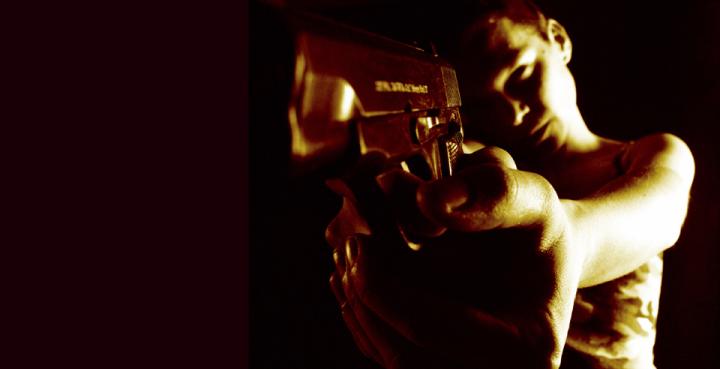 Liverpool ONE has teamed up with a crack team of dinosaur educationalists to provide all the prehistoric know-how any would-be palaeontologist needs. Teach Rex work with schoolchildren across the country bringing the pre-historic era to life in the classroom. National Museums Liverpool is also working with Liverpool ONE and has welcomed children to its Dinosaur Gallery at the World Museum in William Brown Street since 1987. More here. 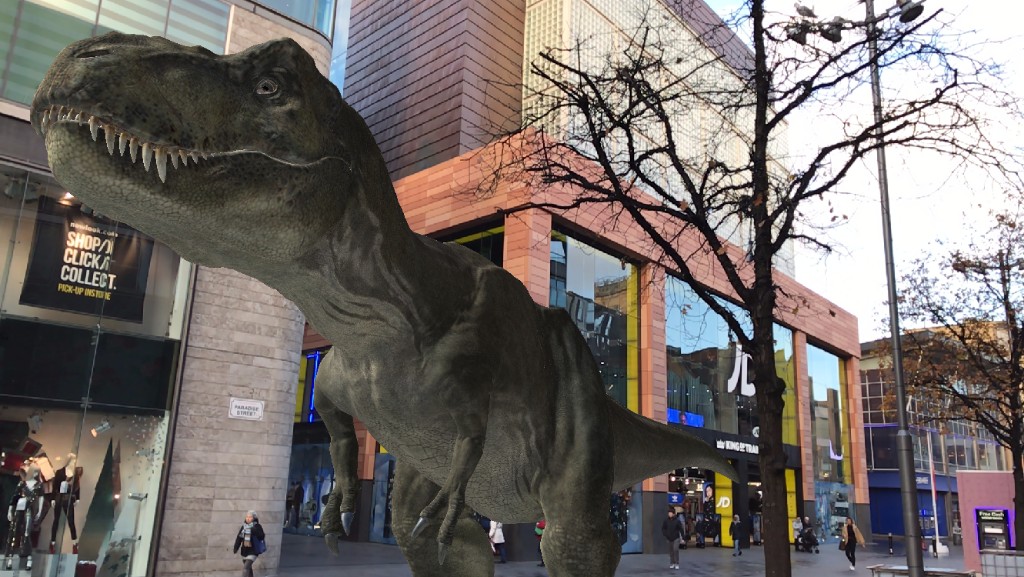 The Prodigy were an era defining band and their explosion onto the 90s music scene took rave into the mainstream. This celebration of the late Keith Flint’s life and work will explore their music and other seminal tracks from the era with all proceeds going to mental health charity CALM (Campaign Against Living Miserably). Tickets here.

A world-class audio-visual experience within the Clock Tower of Liverpool’s Royal Liver Building has been revealed, ahead of the new RLB360 visitor attraction’s official opening which is due shortly. Here’s a sneak peek of what to expect. Grab your tickets here: http://rlb360.com/

A world-class audio-visual experience within the Clock Tower of Liverpool’s Royal Liver Building has been revealed, ahead of the new RLB360 visitor attraction’s official opening which is due shortly. Here's a sneak peek of what to expect. Grab your tickets here: http://rlb360.com/

Samosas are little parcels of joy. Crispy, flaky pastry with just the right amount of bite encasing a moreish filling packed with spice. But what if you could create these Indian treasures yourself? ‘Perfect Samosa’ are running a two-session workshop that will show you how to do just that. Book yourself on and learn the secrets of these prisms of happiness, and then invite us round for dinner. Tickets here. 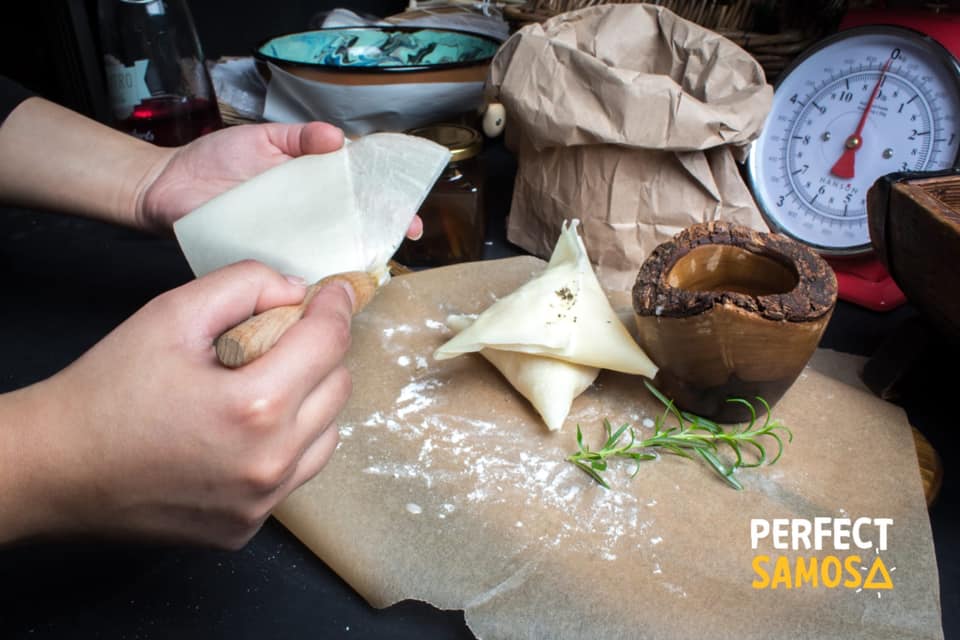 Did you know there was a secret WW2 bunker under the streets of Liverpool? Take your little ones to Western Approaches to discover the big role this hidden bunker played in the war. There will be loads of craft events – edible spitfires anyone? – code cracking games and dressing up activities on offer too. Info here. 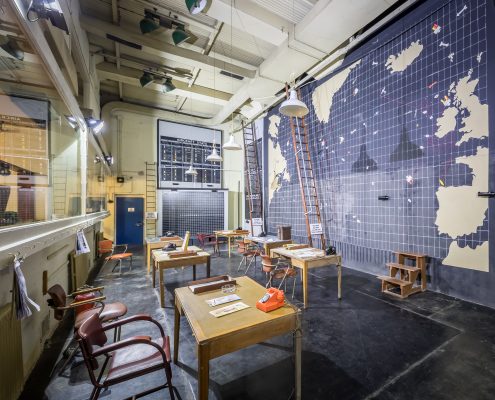 Whether you’re on the hunt for booze, food, music, or shopping, Baltic Market is hitting the Easter weekend hard. Cramming the four days with live music on Saturday, a makers market on Sunday, kids crafts courtesy of Mini Madams on Monday… oh and did we mention half price prosecco Thursday and gin slush Friday? It’s going to be cracking. More here. 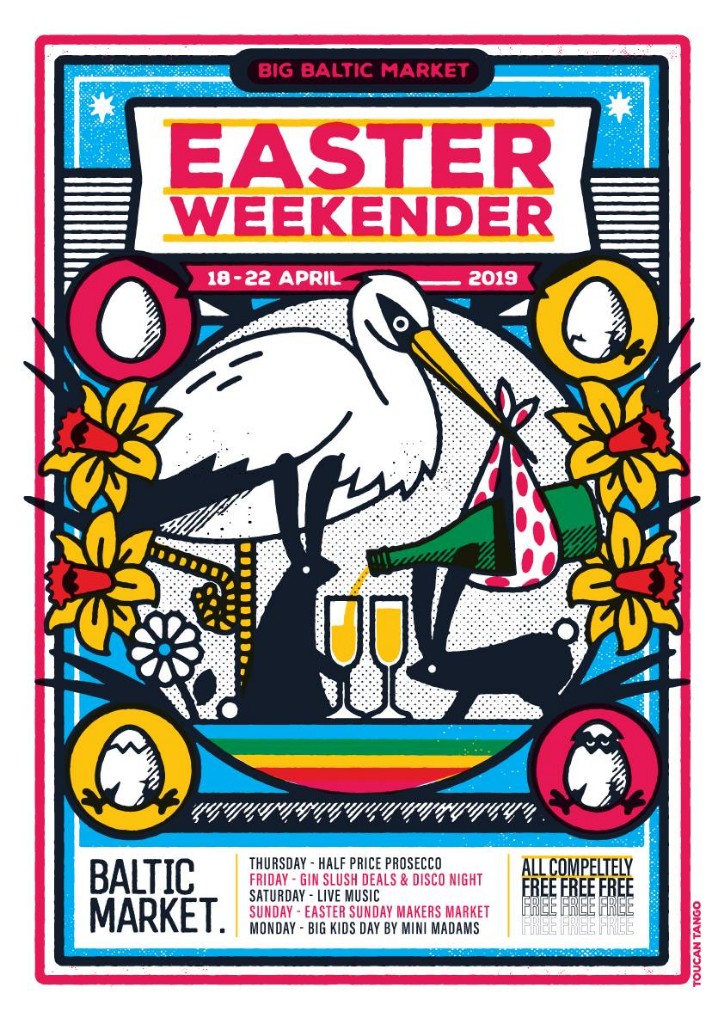 When you go to an exhibition at FACT it’s guaranteed to get you thinking. Launching the gallery’s season looking at identity, representation and gender is an exhibition of work by American filmmaker Ericka Beckman and London-based artist Marianna Simnett. Both look at what fairy tales can tell us about modern society and it’s a display that’s captivating and disturbing in equal measures. More here. 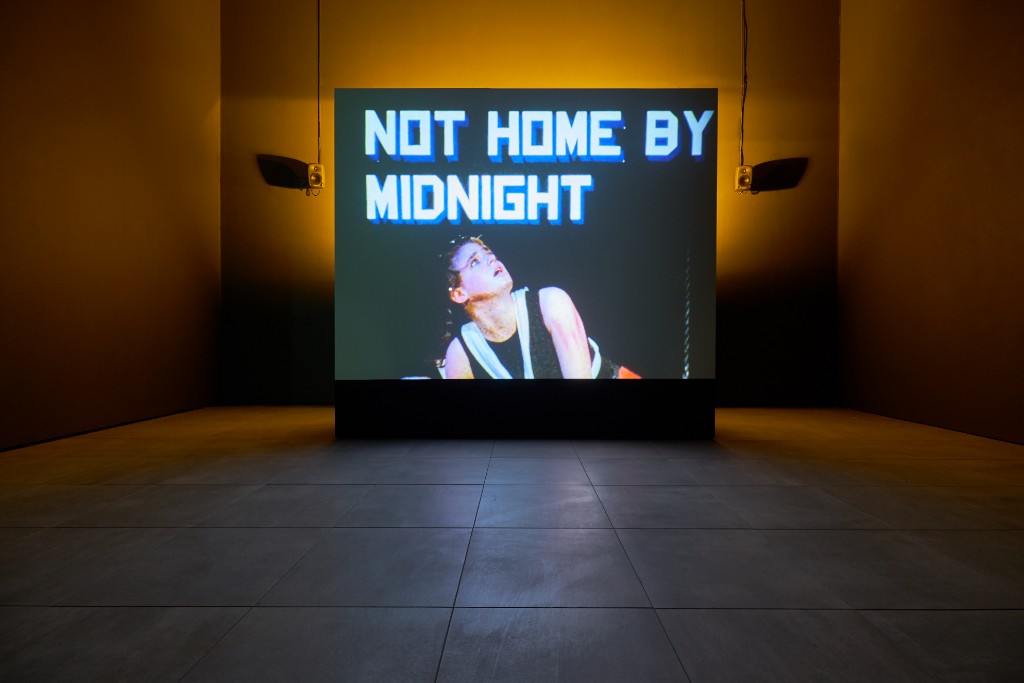 Music from Star Wars @ The Philarmonic

A long time ago in galaxy far, far away… John Williams created one of the greatest scores in movie history. The Liverpool Philharmonic Orchestra will be joined by Marc Silk – better known as Aks Moe from The Phantom Menace – as they present the dramatic, epic and iconic score from the Star Wars Saga. Rumour has it there be some Storm Troopers patrolling too, so make sure you put your phones on silent and lay off rustling those sweet wrappers. 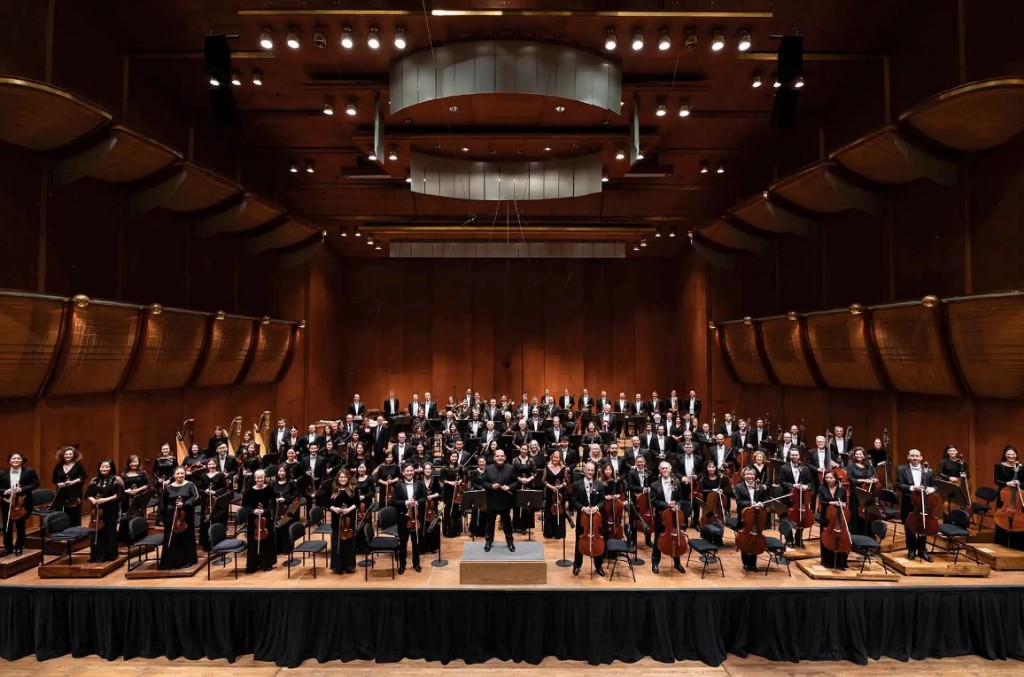 Grab tickets for the return of the Bordeaux wine festival

It’s back! After scooping up the award for Best New Event at the NOEA Awards, Bordeaux Wine Festival Liverpool is set to return from 31 May – 2 June 2019. Transport yourself to a waterfront paradise, with world-class wine and delicious food on Liverpool’s UNESCO World Heritage Waterfront. Tickets here. 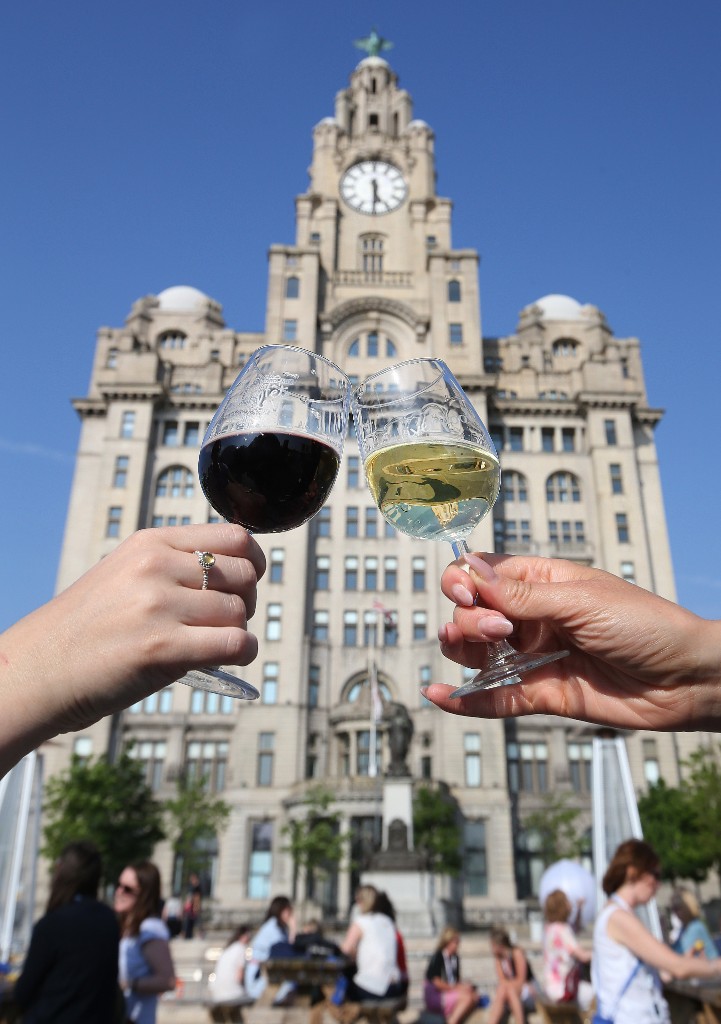 Spring Trail is a children’s treasure trail hunt, designed to keep your little chicks entertained over the Easter period. Crack their clues, beat their obstacles and unscramble the mystery phase to earn your medal at the end. When? – 10am to 3pm (advance tickets only) on Saturday 6th April 2019 Where? – National Trust Formby, Victoria Road  Tickets should be booked in advance at https://www.roycastle.org/support-us/our-events/spring-trail 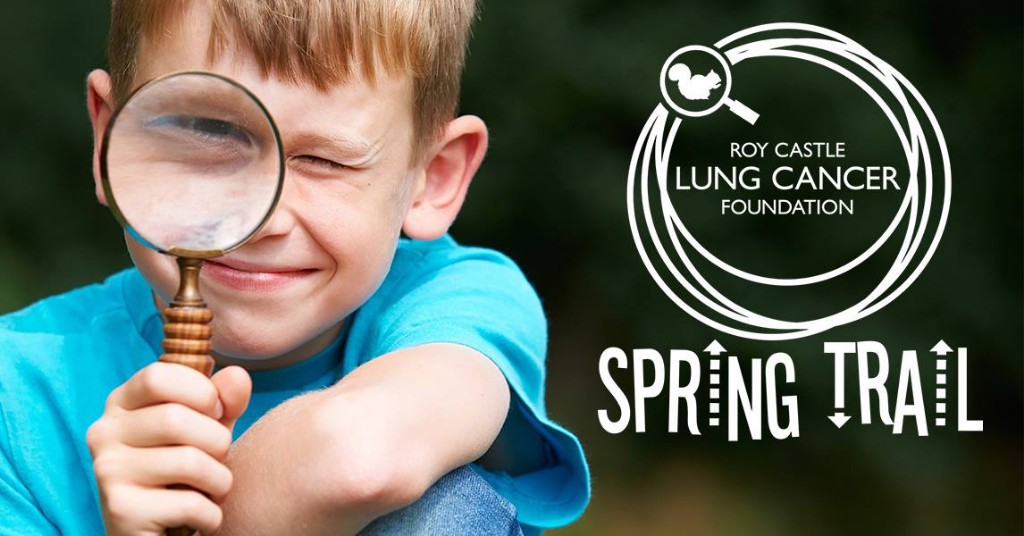