The Kensington Bread Company – The Best Thing Since Sliced Bread

All you knead is loaf.

As we sat in The Bagelry, flat white in hand regretting not ordering a chocolate donut – an incredibly distinctive yellow van pulls up, just one tyre off The Only Fools & Horses van. No Rodney in sight, it was a man by the name of Owen McShane who exited the car and entered The Bagelry with a huge smile. Despite telling us about how he had to get up extra early as his bake had gone all wrong, he seemed in great spirits. Nothing a double espresso won’t fix. Even though you’ve probably never seen this man’s face, you’ve probably ate this man’s bread in your life. Whether it be a pepperoni pizza or a bacon sandwich, you’ve also unknowingly helped contribute to the regeneration of Kensington. 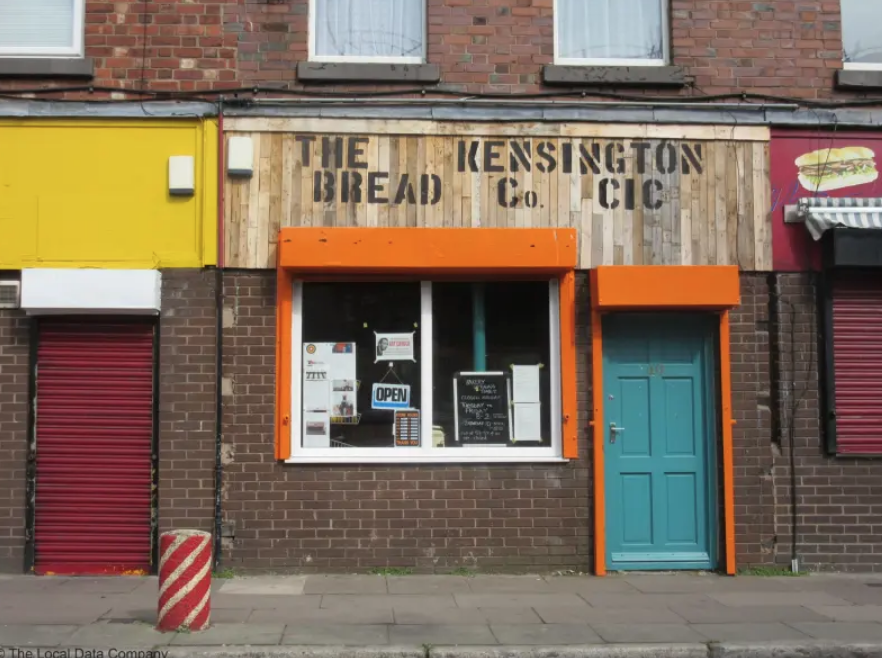 Kensington (or Kenny to locals) – one Google and you’ll be bombarded with some pretty depressing stories and images. Crime, filthy streets, prostitution and more tell a pretty upsetting tale. But like anything in life, if you search a little further and dig a little deeper, you’ll come across people and communities fighting to change people’s predispositions. Owen is one of those people and he’s doing it one sourdough loaf at a time. Don’t be put off by the sourdough word. To many it’s a very expensive bread associated with the middle-class, smashed avocados and twirly beards bought with Monzo cards (can’t help but feel that last dig applied mainly to us). A loaf at Kensington Bread Company is offered to the local community for £1.50 – the same price as a loaf from a supermarket with incomparable taste and nutrients. 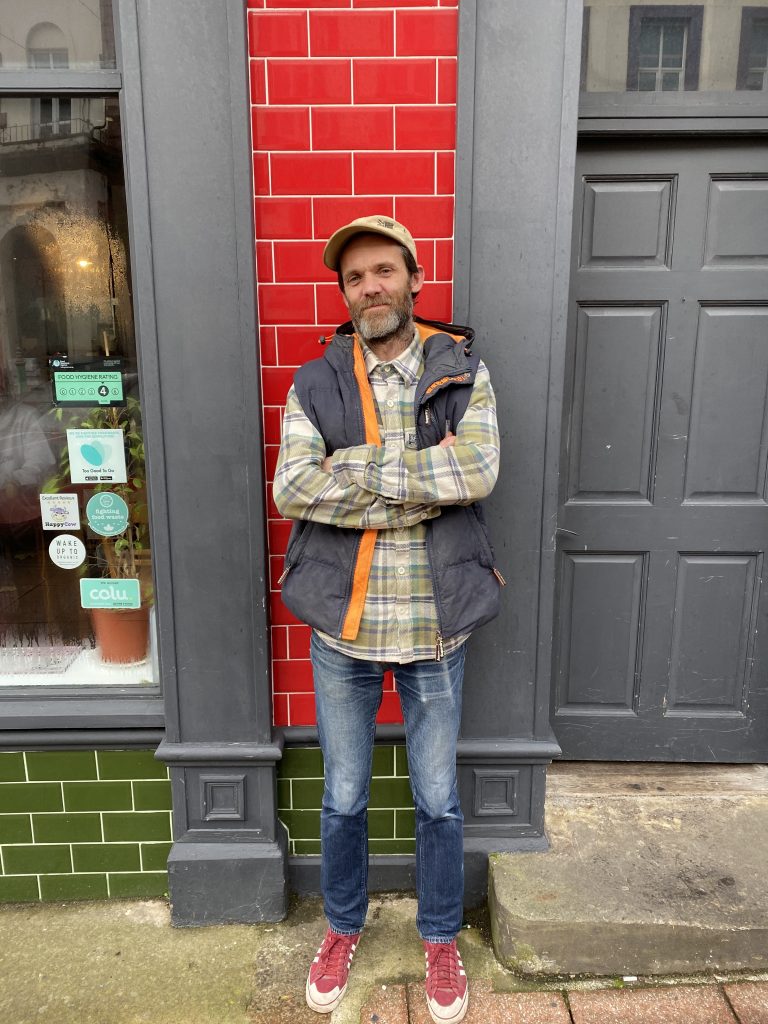 Four years ago Owen hung up his chalkboard (probably an outdated reference) and left his job as a teacher at Cardinal Heenan after 14 years and decided to become a baker. Very little sleep in the first 2 years and very little money, things are finally starting to work. Owen has two businesses; the front of house, so to speak, is Kensington Bread Company – a little shop in Kensington providing the community with nutritious and sliced sourdough bread. The back of house is Soured-o’s, his wholesale baking business that sells exclusively to independents in Liverpool. The money that it makes pays all the bills for Kensington Bread Company, which makes this community interest company sustainable and not reliant on funding.

Kensington Bread Company calls Holt Road home and to say they’ve got some interesting neighbours, would be playing it down a bit. There’s Liverpool Community Radio, a local radio station since 2010 that is listened to in 70 countries. There’s ‘On Ya Bike’, a community bike shop with the best name and facade (the sign is literally made out of old bike tyres) we’ve ever seen. Only second in the best name category is the Croissant of Inequality, a veggie community cafe knocking out some really great food. All of these businesses all under the same umbrella by Kensington Vision. And finally ‘Holt Road Sandwich Shop’, a great sandwich shop popular amongst the local community and workies. 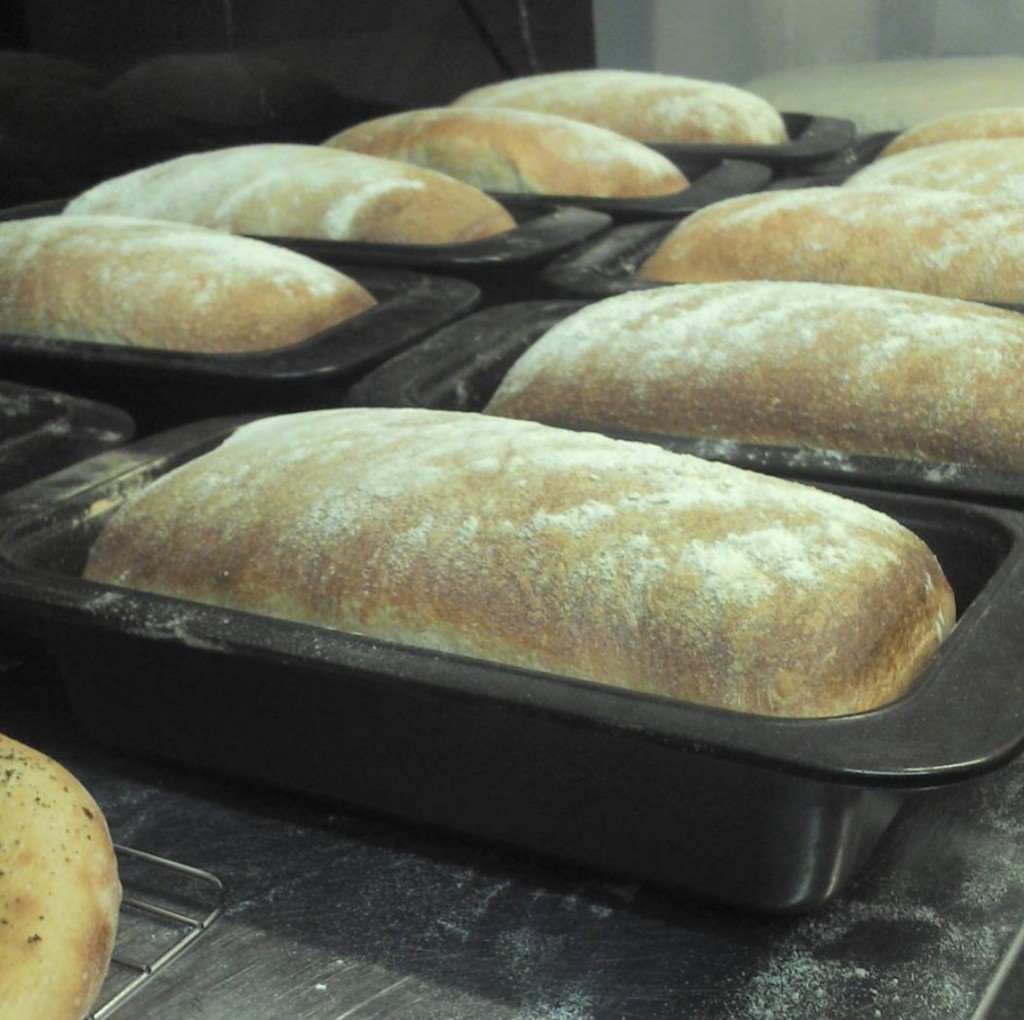 The funny thing about this bread shop is that it doesn’t need to make a profit. There will always be bread on the shelf, despite what’s in the bank. Believe it or not the bread in the shop is actually sold cheaper than he sells to independents – meaning the places that sell his bread in Liverpool  are helping fund this whole wonderful project. It is insanely important to Owen that the trickle down of the city centre and other more affluent areas in Liverpool are felt in more deprived areas of Liverpool. And the revolution is as easy as a slice of bread. Speaking of bread, you can grab it from Fika on Woolton Road, Lovelocks in town, Bean There on Smithdown and taste his pizza dough at Love & Rockets on Lark Lane and Papillon on Hope Street.

When Owen isn’t baking bread, climbing the walls of The Climbing Hangar with his family or dropping bread off in his yellow van – he’s inviting the local community into the back room to demystify the world of bread making with his classes. Once a month he works with Liverpool Cares, a charity that aims to bring young and old isolated people together, and teaches everyone from all ages and backgrounds the skills to make great bread at home and the power of bonding bread can bring. Over the last 6 years of Independent Liverpool we’ve been spoiled with wonderful people and inspiring stories. Over the 1000’s of interviews and blogs we’ve written, our time with Owen is something we won’t ever forget. 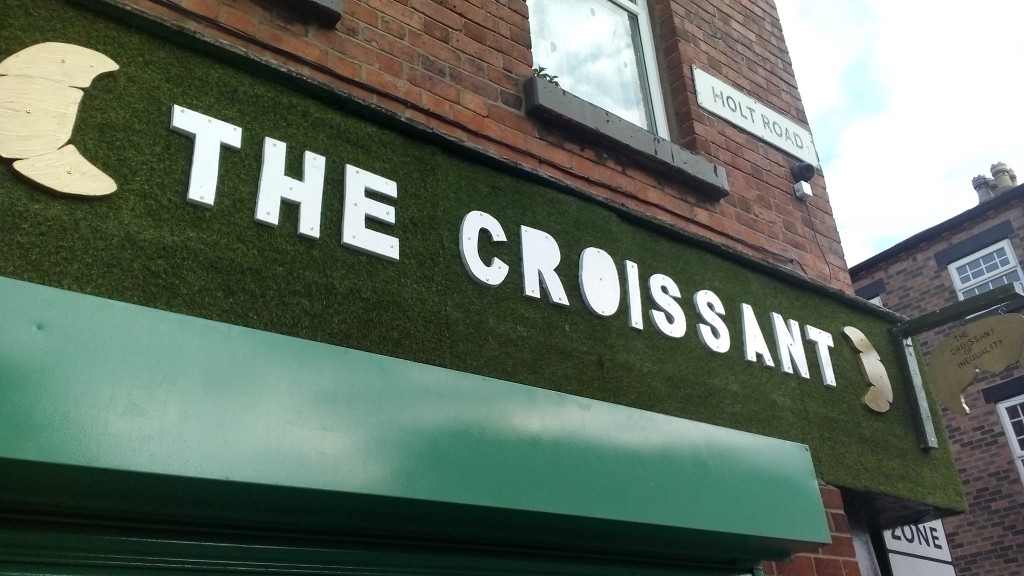 Before leaving Owen tells us “the thing that makes me most happiest in life is time. Whether it’s time spent with my family or time helping the community – time gives you a feeling nothing else could”. We thought that’s a pretty lovely bookend to this story.