EastZEast Liverpool is set to celebrate 10 years in business as the city’s top destination for Indian cuisine. Since it was launched in August 2010 by brothers Ash and Mushy Hussain, the impressive 150-seater restaurant and venue has since become an established part of the region’s hospitality scene.

Combining authentic Punjabi food with opulent interiors and an ideal waterfront setting in King’s Dock, just a stone’s throw away from the M&S Bank Arena and Liverpool One, the restaurant has attracted almost one million diners in the last decade, including an array of sports stars and comedians.

Manager at EastZEast Liverpool, Anthony Cyril said: “I have been here at EastZEast since day one and it’s been incredible to be a part of the restaurant’s journey. When we first opened, we were one of the biggest dining venues in the city in terms of both our restaurant and our first floor events space that is equipped to host parties, banquets and weddings for almost 200 guests – and that still rings true today. In that time, we’ve gone from strength to strength thanks to the incredible team that we have around us, with many of our staff members having been with us from the very beginning. 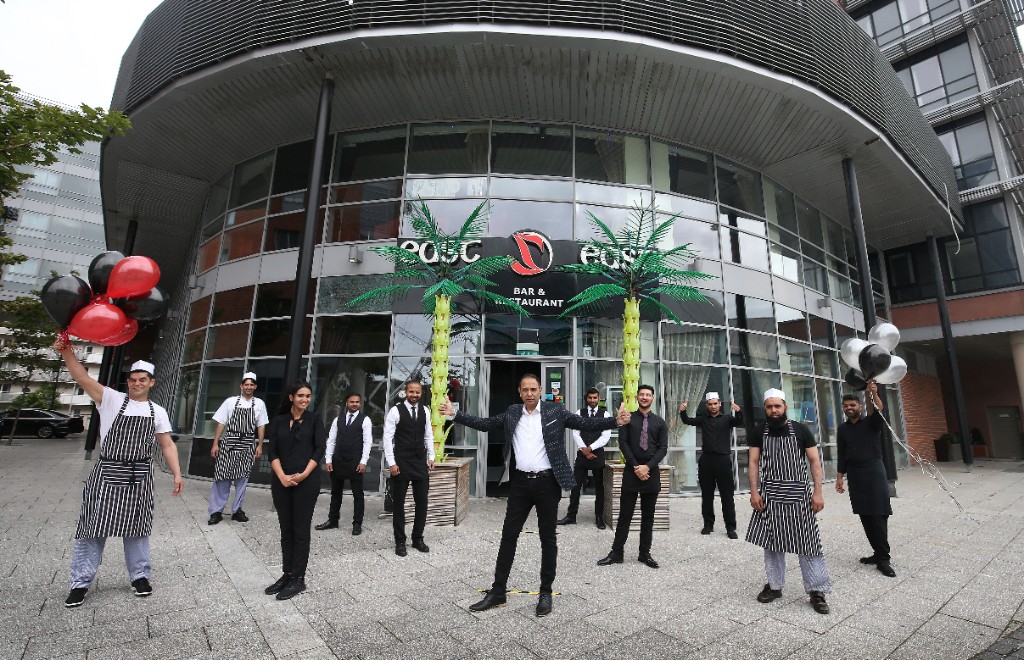 “The last few months have been challenging for the hospitality sector as we’ve had to learn new and innovative ways of working, but we are delighted that we’ve now been able to reopen our doors in time for our tenth birthday celebrations this month. Over the years we’ve established a loyal following and it’s important to us to be able to share this milestone with them in the best way that we know how, with plenty of food and drink!”

EastZEast is one of Liverpool’s most popular multi-award-winning restaurants, serving a varied menu including best-selling dishes like its signature Chicken Tikka, Peshawari Chicken, and Korma alongside its famous Mixed Starter to name just a few.

Owner of EastZEast Ash Hussain added: “The restaurant was established here in Liverpool because of our love for the city, its culture and vibrant history. It has so much to offer in terms of its musical heritage and its sporting legacies and we recognised early on that there was huge potential for the hospitality sector here too. Years later, we can see how much this part of the North West is thriving and the food and drink scene here now stands out in its own right.

“It’s a pleasure to be involved in that and continue to be a recognised and well-loved part of the city among locals, tourists and even celebrities. The last decade has been incredible and we’re so proud of the team for what they have achieved in this time. Despite some challenges in recent months in light of global events, we’re back bigger and better than ever, having made some interior changes to the venue throughout lockdown, including an upgrade of our kitchen area. With all of that said, we look forward to another successful 10 years ahead.”