The blue touch paper has been lit for the party of the decade – the 10th anniversary of the award-winning Sound City – the UK’s largest city based festival.

An unrivalled 3-day festival of incredible live music and arts, capturing the city of Liverpool and reinforcing it as the cultural core of the UK. Having already announced a move to the larger Clarence Dock for 2017, Sound City has also revealed that it will host four days of festivities to mark its special birthday from Thursday 25th May to Sunday 28th May. The festival launches on Thursday with a celebration of the English avant-garde featuring a trio of some of the most influential British electronic artists of the modern era – The Human League, Art of Noise and A Certain Ratio. With a remarkable career that spans five decades, The Human League were the vanguard of the electronic new wave in the 70’s developing a sound that changed the face of pop forever. 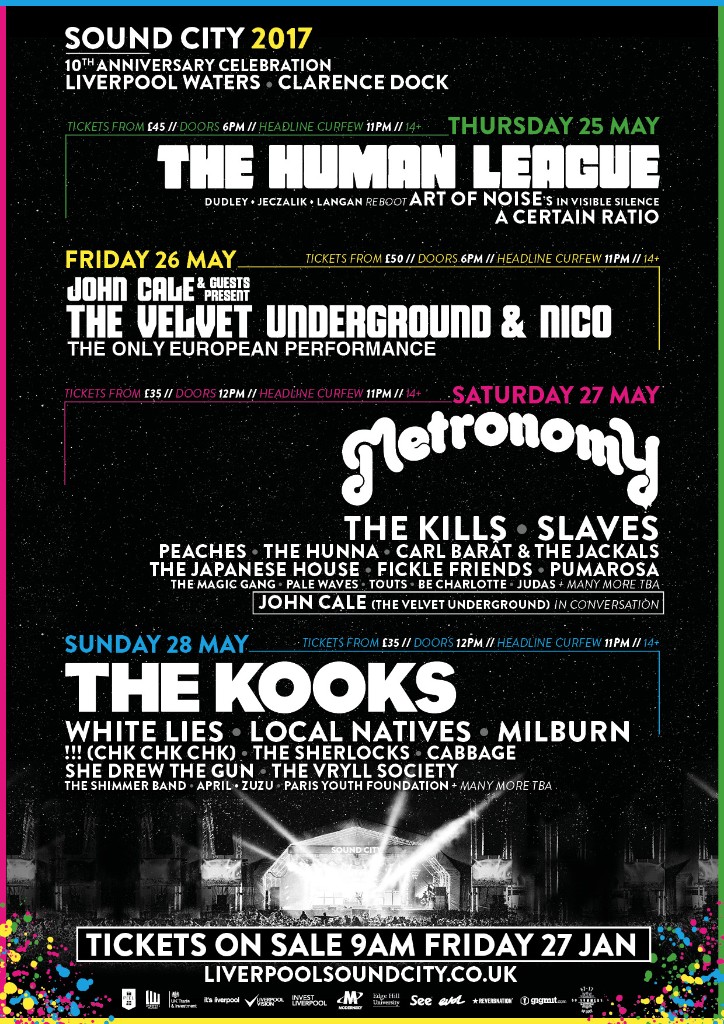 Said Phil Oakey: “We’re absolutely delighted to be headlining the first night of Sound City’s 10th birthday celebrations. We love playing for the people of Liverpool, they are properly passionate music fans and we’ve always felt at home in their beautiful city and although we haven’t been there yet, from what we’ve heard, the setting of Sound City’s iconic industrial landscape is pretty unique and will be a perfect backdrop for our music, we can’t wait to play there.”

Support comes from 80’s synthpop innovators Art of Noise featuring Dudley/Jeczalik/Lanagan. They will reboot their classic album In Visible Silence. This will be a world premiere reworking of this groundbreaking album and their first live performance in 17 years. To complete this Thursday stellar line up are A Certain Ratio. Discovered by the late great Tony Wilson and signed to Factory Records with label mates Joy Division. Hugely important and influential band. ACR continue to innovate to this day. 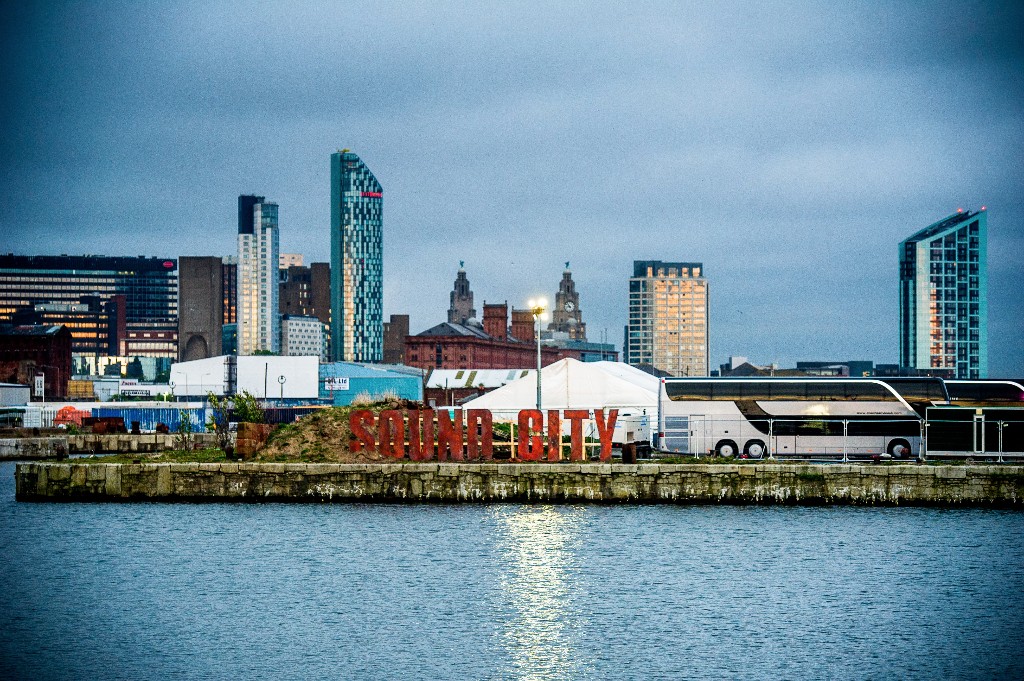 On Friday global music legend John Cale takes the stage with the only European performance of THE VELVET UNDERGROUND & NICO album.  This will mark the 50th anniversary of one of the most important albums of all time. When announced in October last year this historical stand-alone event sold out in just 2 days. However Sound City have announced there are a limited number of additional tickets to be released. With a host of live collaborators still to be announced this show is going to be one of the most culturally significant happenings of the year. 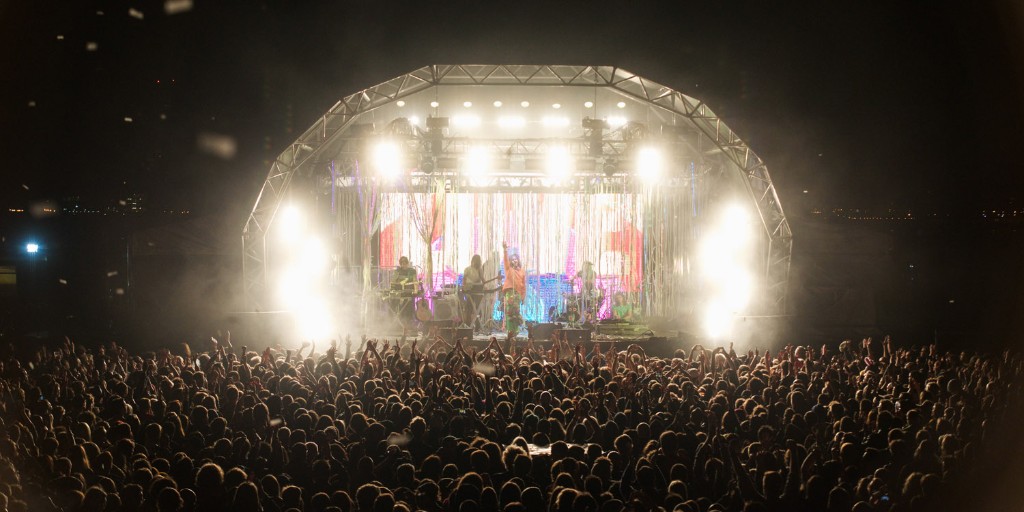 Also taking place on Saturday will be a special keynote ‘In Conversation’ piece with John Cale. This rare interview will unveil a wealth of stories and insights accrued over a career of more than 50 years. It will explore his formation of the Velvet Underground with lifelong collaborator Lou Reed. This will be a once in a lifetime opportunity to hear the most amazing story in rock and roll from one of the most important figures from the history of popular music.

Indie rockers The Kooks are the perfect finale for this momentous weekend. Having closed the festival in 2014 The Kooks provide a knowing nod to the rich history of Sound City. In support are post-punk trio White Lies, American indie-innovators Local Natives, dance-punk agitators !!! (Chk Chk Chk), newly reformed Milburn, dreamy psych-popsters She Drew The Gun, anarcho-rockers Cabbage, The Sherlocks, Liverpool’s very own psychedelic adventurers The Vryll Society and a host of other diverse and exciting acts.

Said Sound City CEO Dave Pichilingi: “For our big tenth birthday we wanted to do something really special, not just to mark the occasion but also to reward all those loyal Sound Citizens who have come with us on every step of this amazing ten-year journey.

“The term legend is way over-used these days but we really do have bona fide music legends on the bill every single day of the festival and we still have lots more to announce. It’s going to be a rollercoaster ride folks. Get yourself strapped in.”

Expect glasses, spirits and the occasional roof to be raised.

Tickets for Sound City 2017 go on sale at 9am on Friday 27th January. Keep up to date with the website here.