Taking place across 50 venues on Friday 17 May 2019 from 5pm until late, LightNight showcases the creative lifeblood of Liverpool when the city’s world-class cultural venues open their doors until late at night staging over 100 free special events for all ages. The thousands who take to the city’s streets each year to explore the programme enjoy everything from concerts to exhibitions, hands on workshops, dance, street performance, theatre, talks and music. 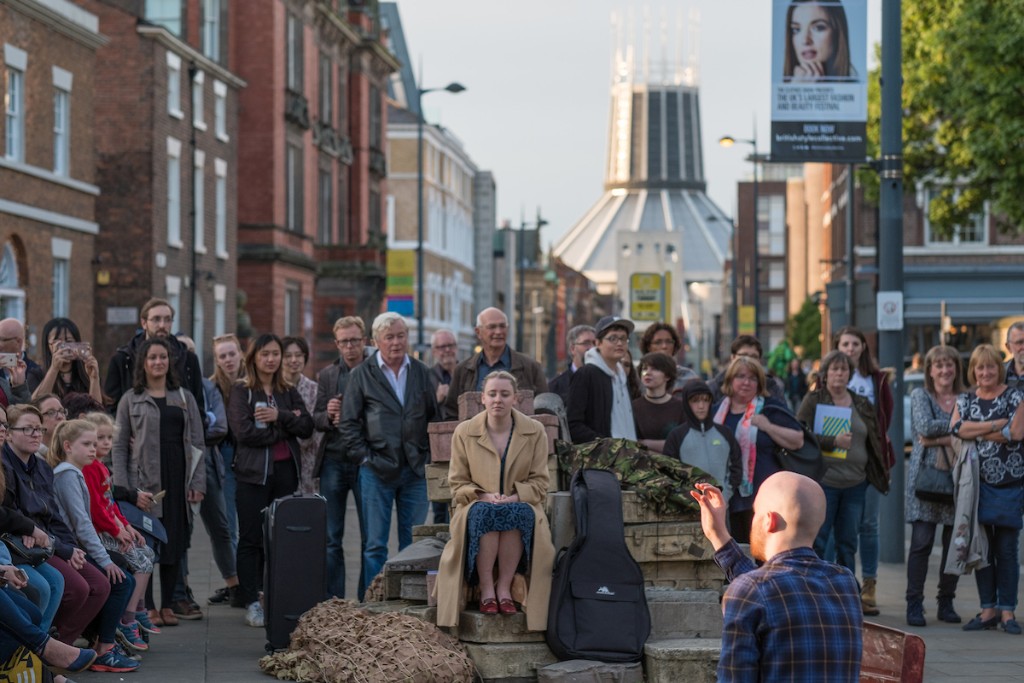 Seven new artistic commissions are revealed today; each exploring ‘Ritual’ – the theme binding 2019’s programme, with events exploring personal and communal rituals of all kinds throughout history to the current day. The seven new works commissioned especially for LightNight 2019 look at cultural rituals from across the globe and closer to home. For the very first time, the underground tunnel at Moorfields Train Station will be transformed into an immersive sound and light installation.

The full programme will be released on 15 April and is available to pre-order now at www.lightnightliverpool.co.uk

The seven new commissions are as follows:

Set within the subterranean tunnels of Moorfields Station, RITUAL 2.0 is a large-scale, public realm audio-visual installation, developed by artist Sam Wiehl with an accompanying soundtrack mix by Forest Swords. Marking the launch of bido100! the project will encourage the public to consider a creative future based on Artificial Intelligence.

International artists and filmmakers Vincent Moon & Priscilla Telmon have been researching rituals across Brazil for four years. In an immersive multi-screen installation at Victoria Gallery & Museum, Híbridos is a poetic and ethnographic exploration of the world of diverse sacred ceremonies, breaking down the distance between the viewer and the subject, guiding them through a realm of movements, of dances, and music pulsating at high rhythms. Brought to you by LightNight with support from Victoria Gallery & Museum. 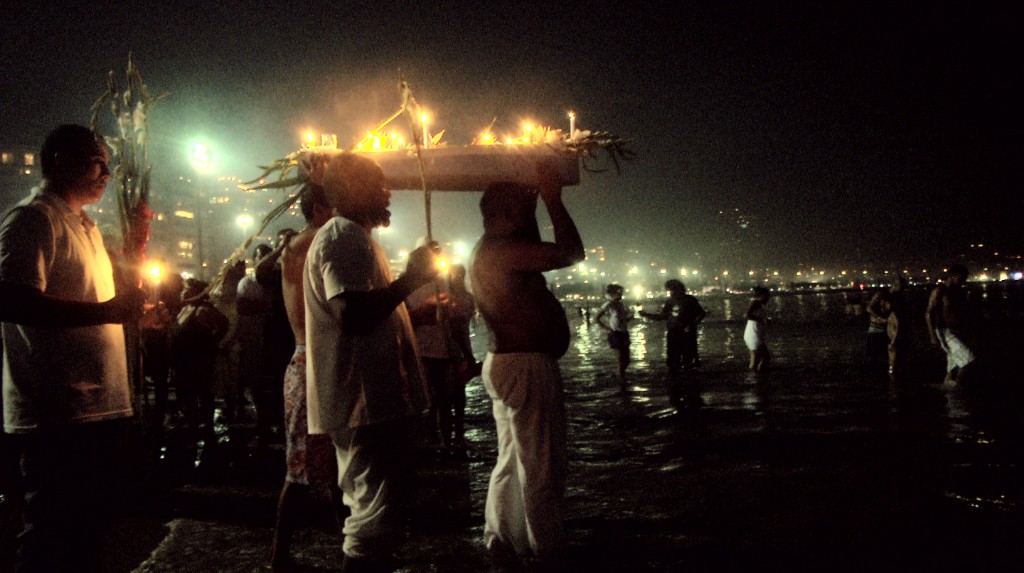 Milapfest and Movema will join forces for a joyous celebration of the ritual of Indian marriage, the Baarat. The exuberant outdoor wedding ritual culminates in a Milni, the meeting of two families. In a unique mass street-dance take on this ritual Movema, local dancers and Milap favourite the Bombay Baja Brass Band will meet on Church Street in Liverpool city centre and combine what they do best – music and dance!

Recent graduate of the Royal Academy Schools Richie Moment turns his critical eye on the rituals that interlace our modern lives. Producing eight light sculptures installed at historic St. Georges Hall East Portico Steps, Moment’s video and installation works are as vibrant as they are intriguing. The light sculptures are shrines to the popular culture we engage with on a daily basis. Whilst their bright colours celebrate convenience food, celebrity and the days of TV on demand, they also hide a darker musing of how much of a good thing is too much of a good thing?

A modern-day pagan ritual at Constellations. Liverpool artist group Projectile Vomit will erect an audio-visual shrine in Constellations that will act as a focus for our collective disco energies and attempt to induce a Donna Summer fever in order to appease Donna and ensure good weather in the months ahead and a bountiful harvest in 2019. 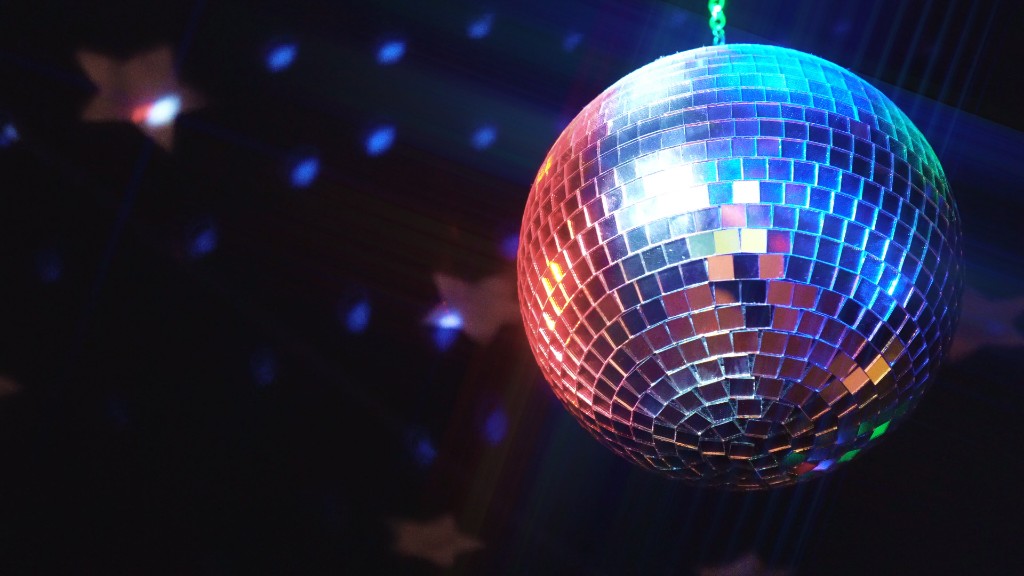 An atmospheric concert featuring new choral arrangements by composer and musician Rory Ballantyne. The eclectic and dynamic repertoire will journey audiences through both uplifting and emotional pop, rock, ancient folk, classical and experimental songs which explore ideas around death and dying. The concert will be followed by a Death Café where audiences are invited to share and discuss their perspectives on death in a friendly and informal setting – with cake! 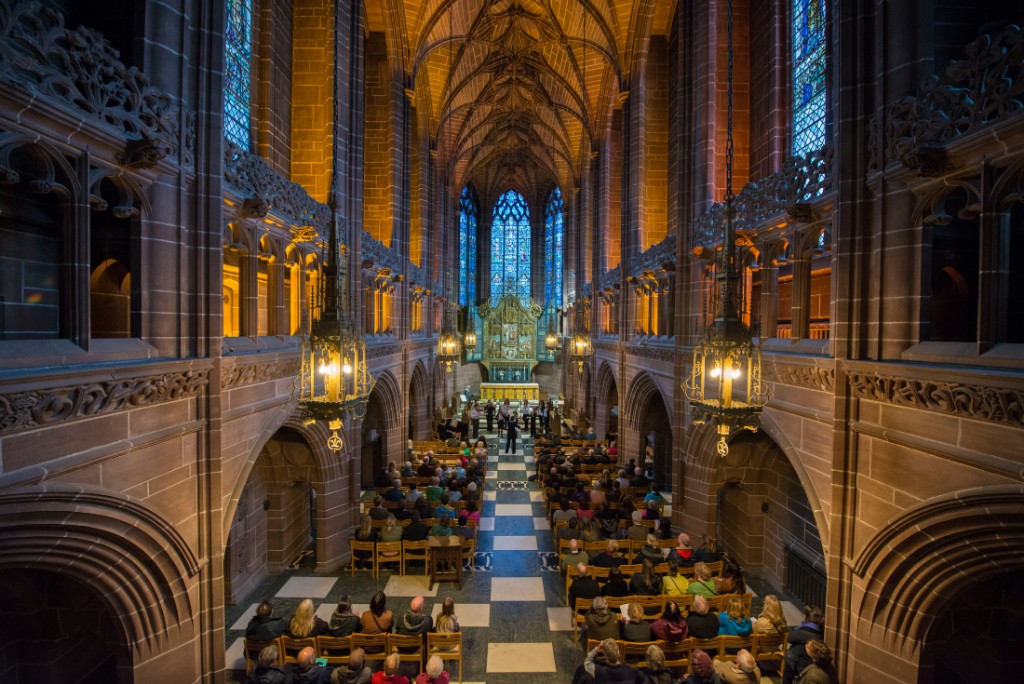