The Barrie Bros have confirmed Lerpwl will open its doors on Saturday 12th September and bookings are now live on lerpwl.com. Lerpwl is the vision of Ellis and Liam Barrie, originally from Liverpool and founders of the much acclaimed Marram Grass in Anglesey.

Ellis comments, “Myself & Liam jumped at the chance to open our new restaurant concept Lerpwl at Liverpool’s Royal Albert Dock, it feels like a real homecoming. Lerpwl’s style of cooking will feel both accessible and modern, whether it’s the finest sustainably-sourced seafood from Cornish day boats, mussels and oysters from the Menai Straits of Anglesey, or home-grown pork and vegetables from The Fat Pig Farm. 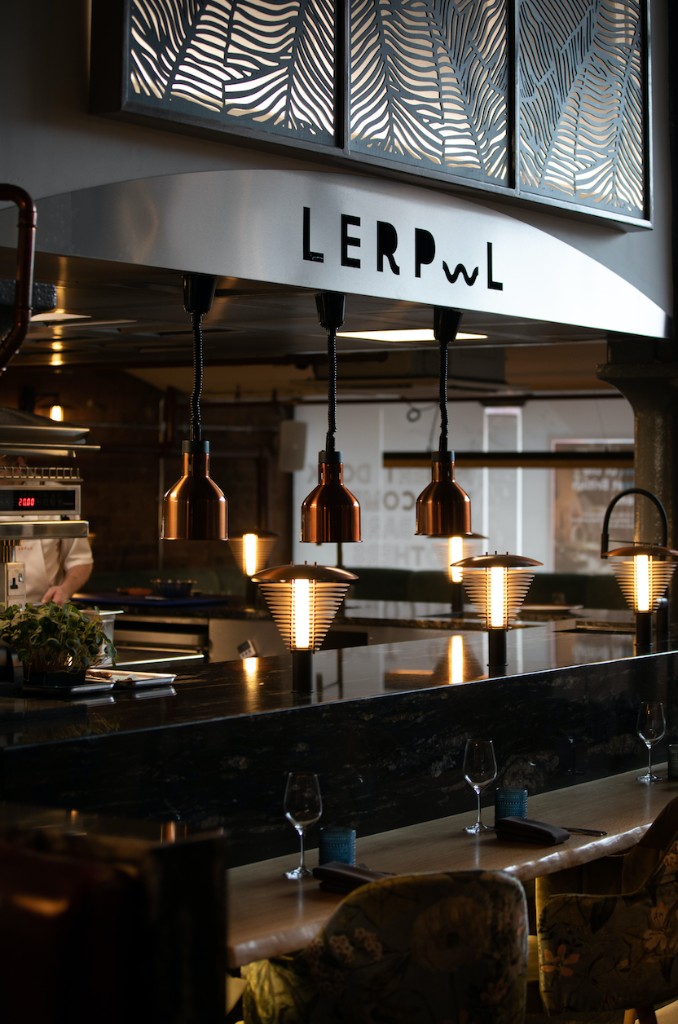 “We will bring you the finest ingredients from around the British Isles, their provenance and seasonality is key, the ingredients are the stars of the show here.”

Located on the Britannia Pavillion in the heart of the UNESCO World Heritage Waterfront, their neighbours include Maray, Lunyalita and Rosa’s Thai Cafe. Lerpwl will complement the line up of top restaurants all with that enviable dockside location.

Lerpwl’s vision keys into the links Liverpool has as a port and its connectivity with the rest of the British Isles and North Wales. 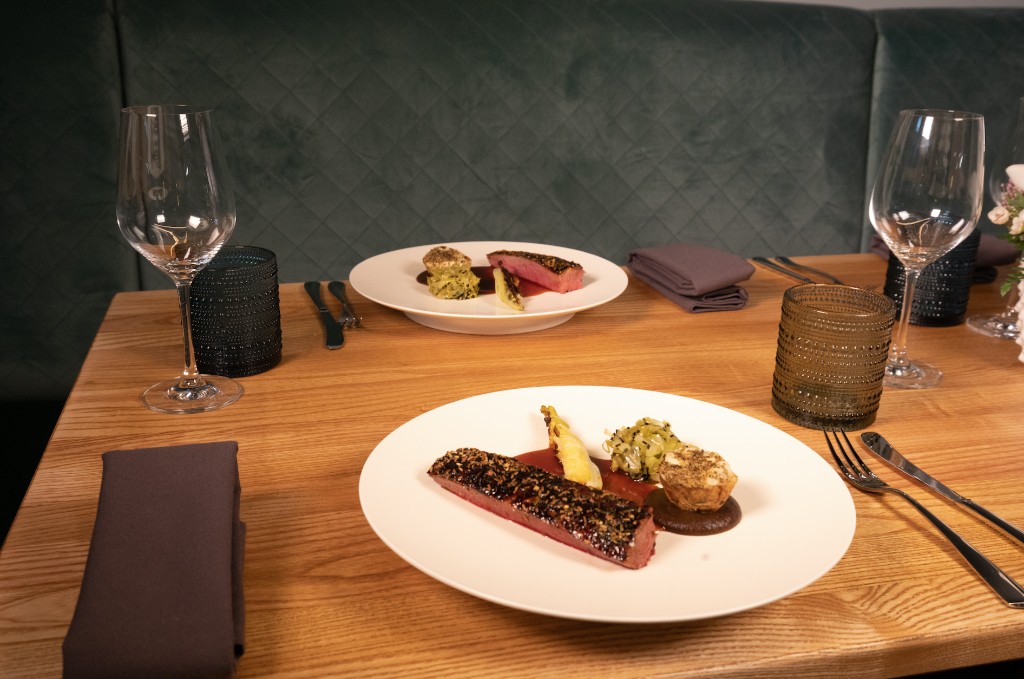 Ellis explains, “The A55 is my ‘Silk Road’ it connects Anglesey and North Wales to Merseyside, I want to bring the freshest produce to our Albert Dock restaurant.”

The 80 capacity restaurant is split across two levels – the main space downstairs wraps around an open kitchen and to the back of the unit is a secluded Cocktail Bar called Margot’s, named after Liam’s daughter. Cocktails include the ‘Paloma’, a tweaked version of a Mexican favourite comprising Don Julio Blanco Tequila, Creme De Peche and fresh grapefruit juice, and the ‘Old Tobacco Dock’, a smoky twist on a class Old-Fashioned made with Woodford Reserve Bourbon, Perique Tabac and Demerara Sugar.

Lerpwl’s menus have been designed to be fluid, ever changing with the seasons, meaning dishes will always be fresh and at their best. There will be two menus, an A La Carte and a second relaxed menu depending on what experience the diner is looking for, whether it’s creative cocktails in Margot’s, kitchen side seating at the Oyster bar or an A La Carte tasting menu in the restaurant. 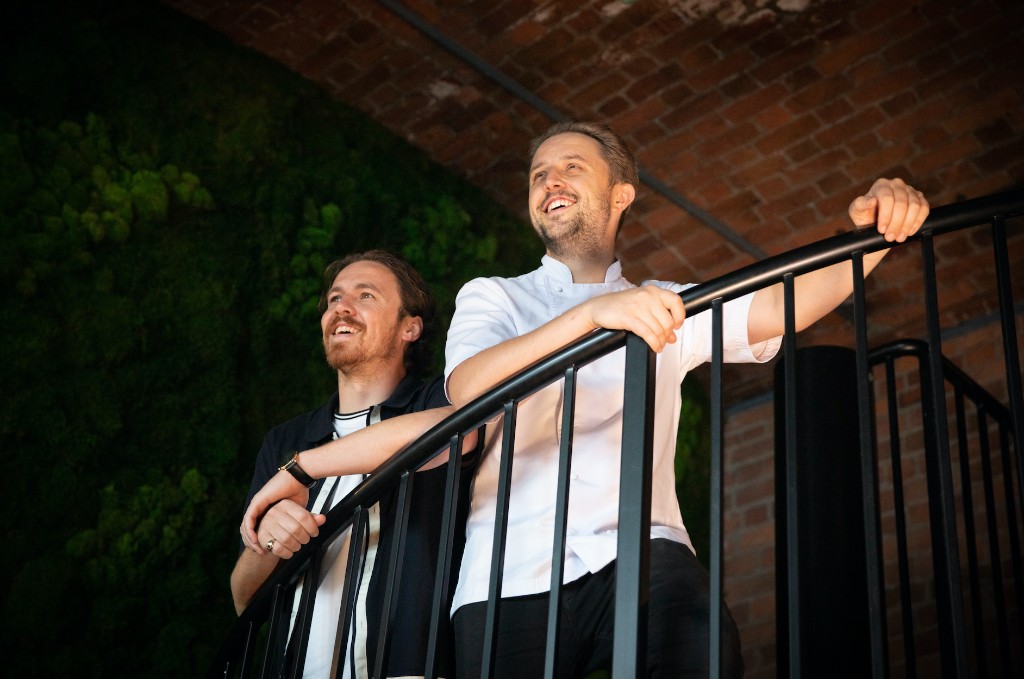 Examples of the dishes include:

A spiral staircase takes diners to a private dining space named Albert’s, named after Ellis’s son. The space with a private bar can seat up to 30, perfect for a socially distanced wedding breakfast or family celebration. At the top of the stairs is a DJ booth which will soundtrack Liverpool’s dockside on weekends. 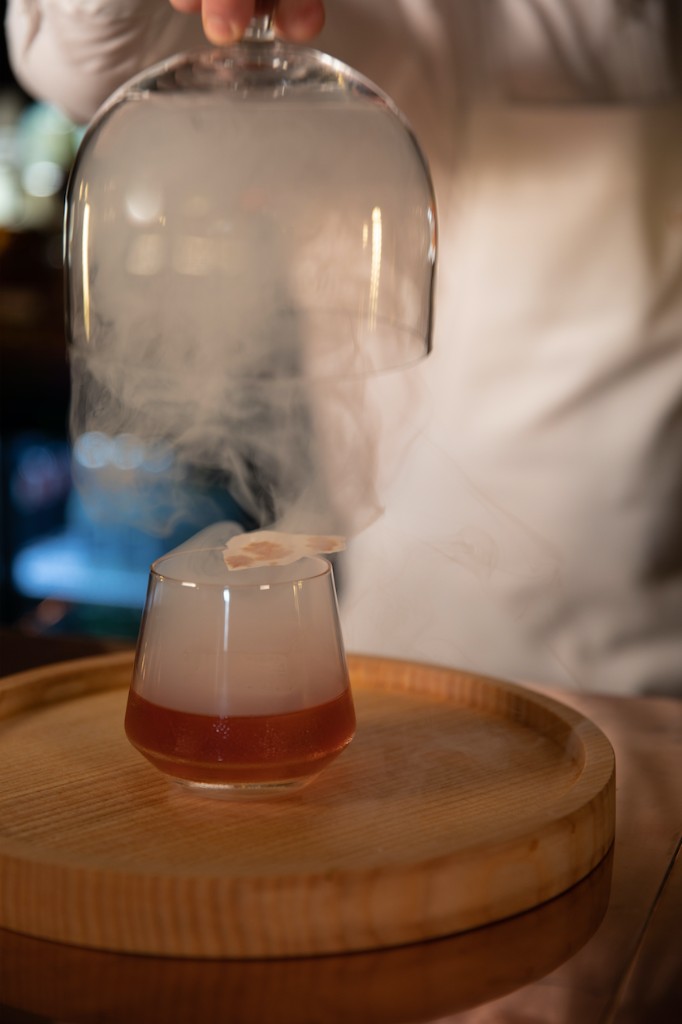 Liam adds, “We’re so excited to build on the success of Marram Grass, a lot of thought has gone into the interior decor which features a black marble bar, bespoke Lerpwl crockery with Liverpool landmarks and furniture made on Anglesey. With Ellis’s stamp on the menu, his relationships with the best suppliers from across the UK and style of cooking, we’re going to take Liverpool and the UK by storm with Lerpwl.”

Heading the kitchen is Kevin Lynn, formerly of Machine House in Wrexham, which was named Wales Restaurant of the Year in 2018-19 at the AA Hospitality Awards, following this he joined Aiden Byrne at MCR in Manchester.

Booking are now live on lerpwl.com