We are living through history. Yes, this is always the case but now more than ever.

It’s always weird knowing we are experiencing future History GCSE exam questions and the future generation will ask us to recall our tales of the virus that stopped the world. 2020 – what a weird year so far. And there goes our understatement of the year… 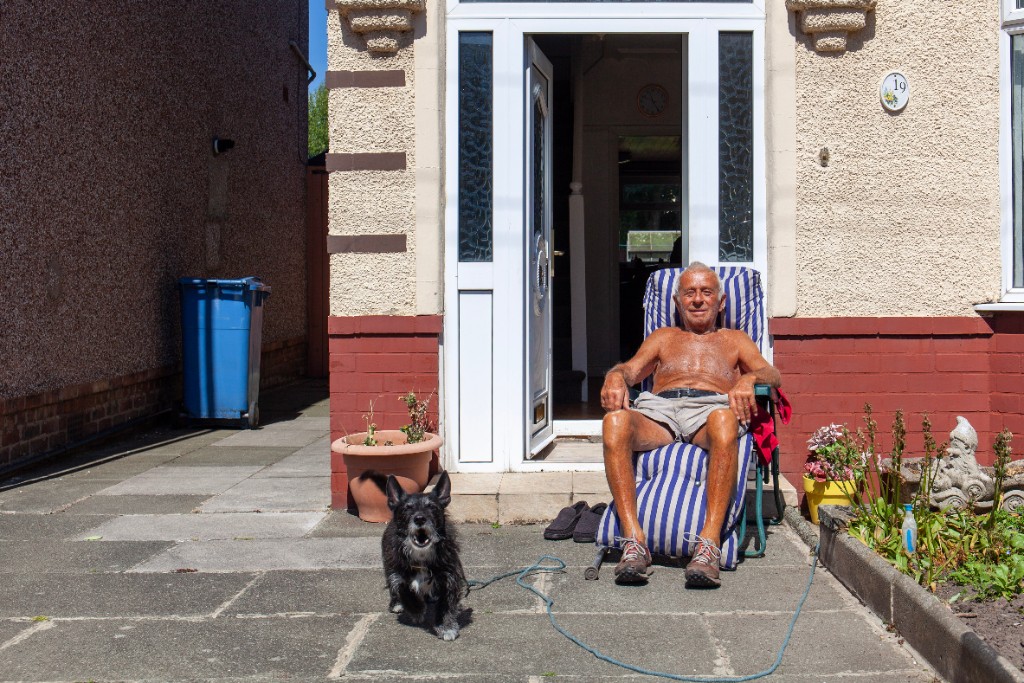 As is the case in any adversity, wonderful stories and people show themselves. Kenny Glover is one of those people. Truth be told you’ve probably came across a picture of his before but his ‘On Your Doorstep’ campaign aims to document people’s lockdown and the company they keep through these strange times. A little memento to keep, in exchange for a charitable donation. Simple but lovely stuff. 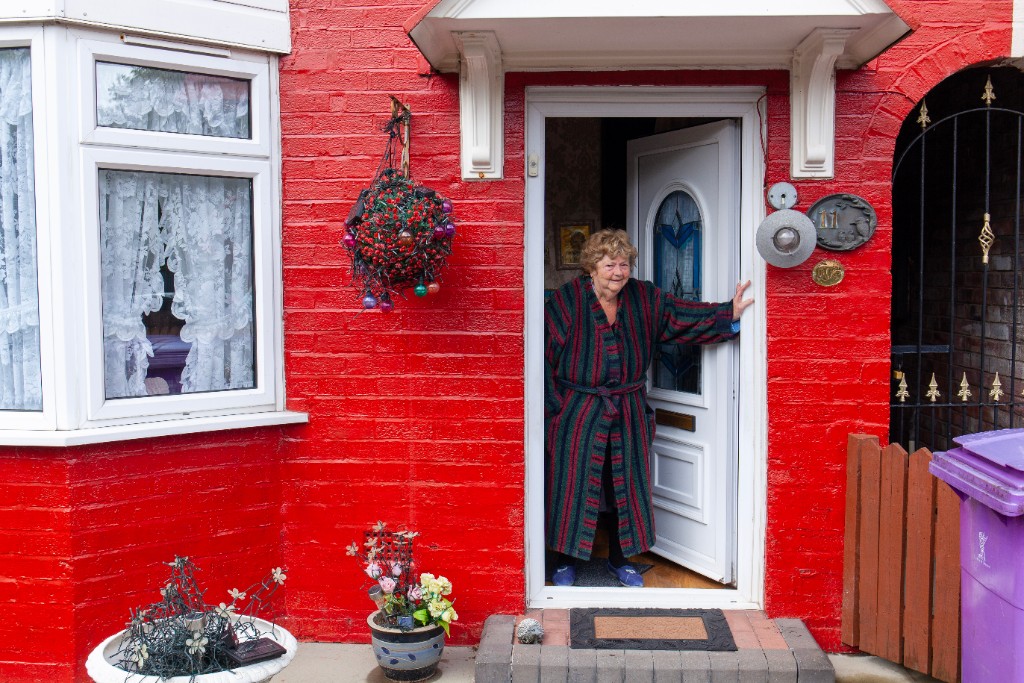 We caught up with him (over email, of course):

Tell us about yourself – how long have you been doing photos?

I’ve been doing photography as hobby for a couple of years and then in the last 18 months or so I started doing some weddings for free to build up some experience and so now it’s a side line to my main job teaching.

How did the idea for ‘On Your Doorstep’ come about?

I saw a friend from my time in university in Leicester, Lizzie from Shoot it Momma photography who was doing it so I asked if she was ok me ripping off her idea up north but she pointed out it wasn’t her idea loads were doing it already!

I decided on “On Your Doorstep” as a title for the project and thought of doing it for a charity, then Marie Curie hospice is actually “on my doorstep” as I live in Woolton. So I asked a few friends and family to start off, got some pictures posted and then it went a bit mad! Requests started flying in, I have got myself a bit of a system to it now and have had so many requests from all around Liverpool. I’ve done well over 500 houses, mostly by request but sometimes I’ve seen the odd house dolled up for a birthday or coloured in with chalk rainbows and drawings or the odd old fella simply embracing the summer on the front step and so have explained what I was doing and snapped away. I also turned up in Brookside close one day when doing the rounds and would have loved to have took their doorstep pictures with their real residents! 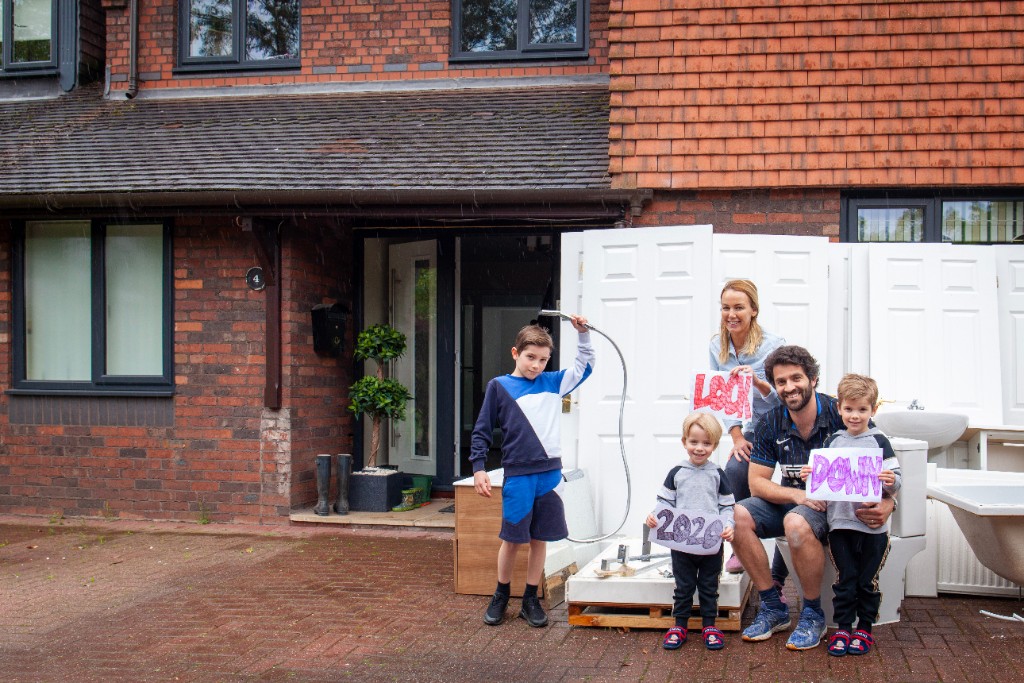 How much have you raised and who for?

So far over £7400 has been raised in 5 weeks for Marie Curie hospice in Woolton.

Have there been any nice stories since starting?

I’ve absolutely loved meeting so many people and hearing how their lockdown life has been, everyone’s experience of life during this time has been so varied. It’s been so nice hearing and reading all the nice comments of how people are loving their daily dose of doorstep pictures too.

There have been people who have celebrated their non-weddings, birthdays, anniversaries, whole streets doing exercise classes and then best of all has been all the newborns. I’ve lost count of how many tiny newborns there have been snapped during the lockdown period, I think the youngest has been 3 days old! On top of this, one I managed to picture was a couple in Aigburth who were proudly showing off their new baby to visitors at the doorstep as I was driving past. I jumped out the car and explained my little project and rather than be put off by someone randomly asking for their picture they’re obliged. This lady was Chrissie (who I believe you know?) and she works for Radio Merseyside and she put me in touch with someone to get an interview on there to promote it which was great too (and Chrissie also pointed out that I never swore unlike you she said!) 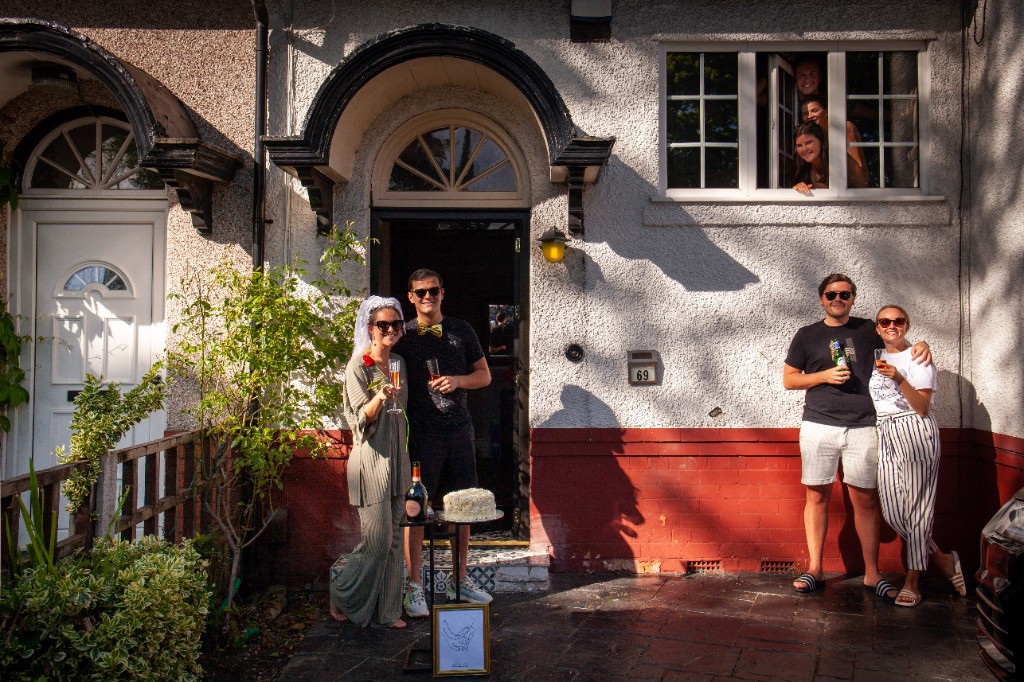 Another nice one was doing the doorstep picture for the people from Deysbrook Community Centre, Sandra from the nursery based there has gone from running a nursery to running a foodshare charity for the community, organising food collections and deliveries for the community whilst the nursery is shut. An amazing squad of volunteers helping there too, as there are in so many parts of the city too (unfortunately).

Finally, a big special thank you has to go to Wilkinson Cameras on Bold St. They recently loaned me a camera whilst I wait for a repair to my current one. Extremely kind of them and it has allowed me to continue the fundraising for a few more weeks! 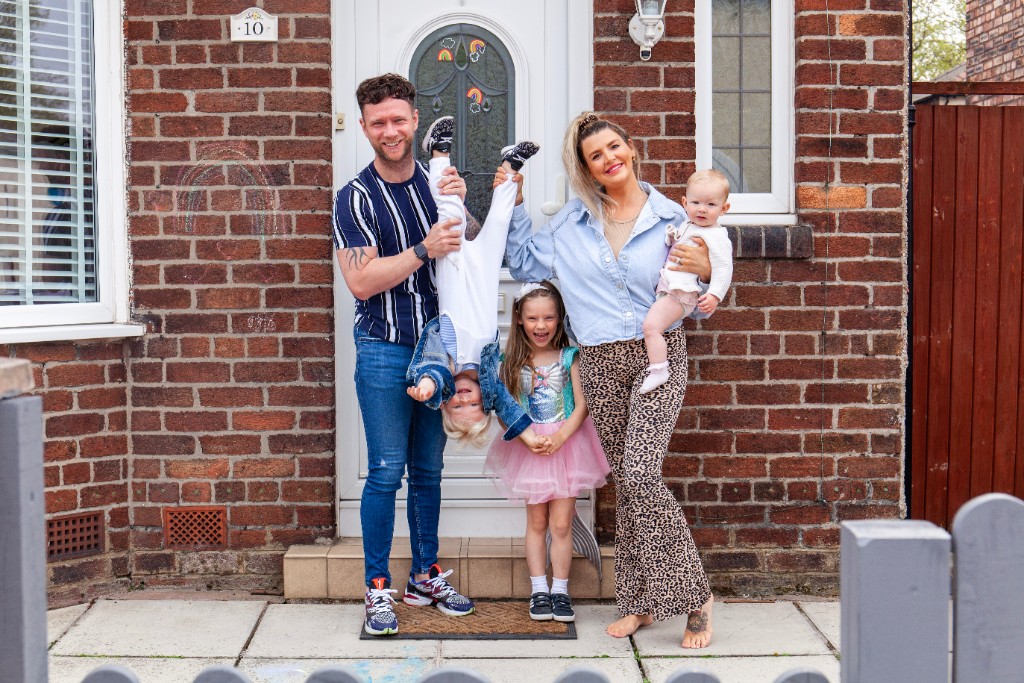 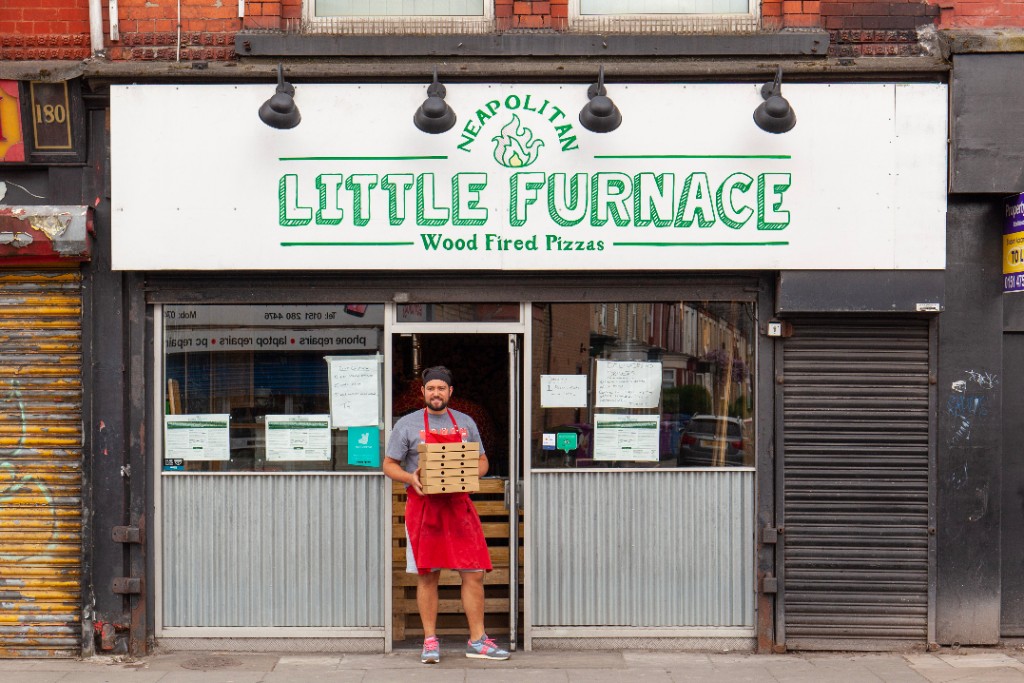 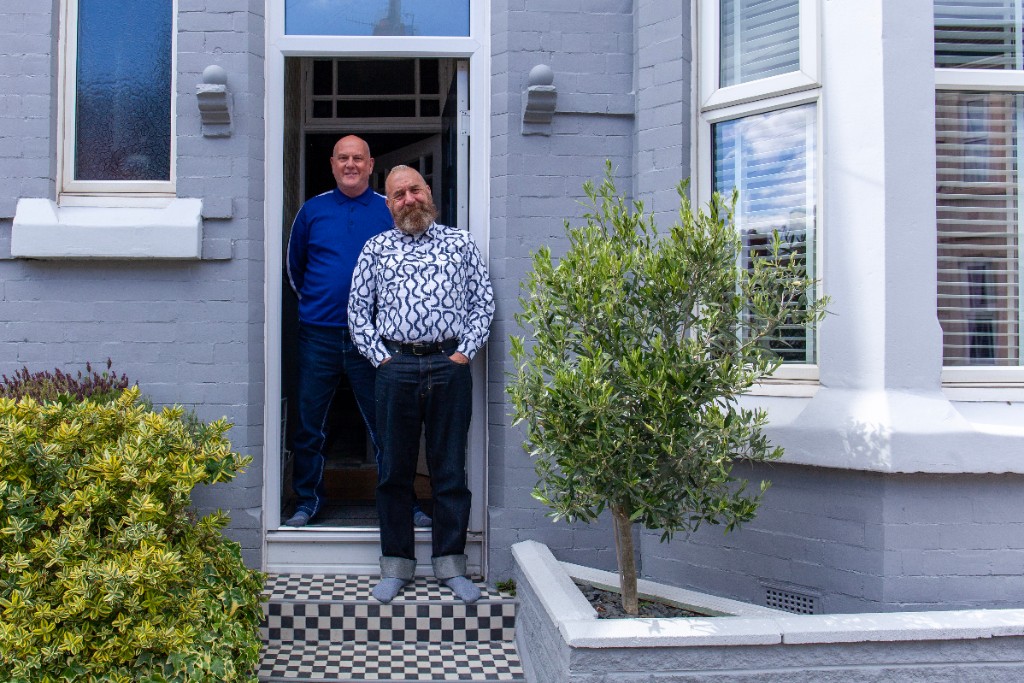 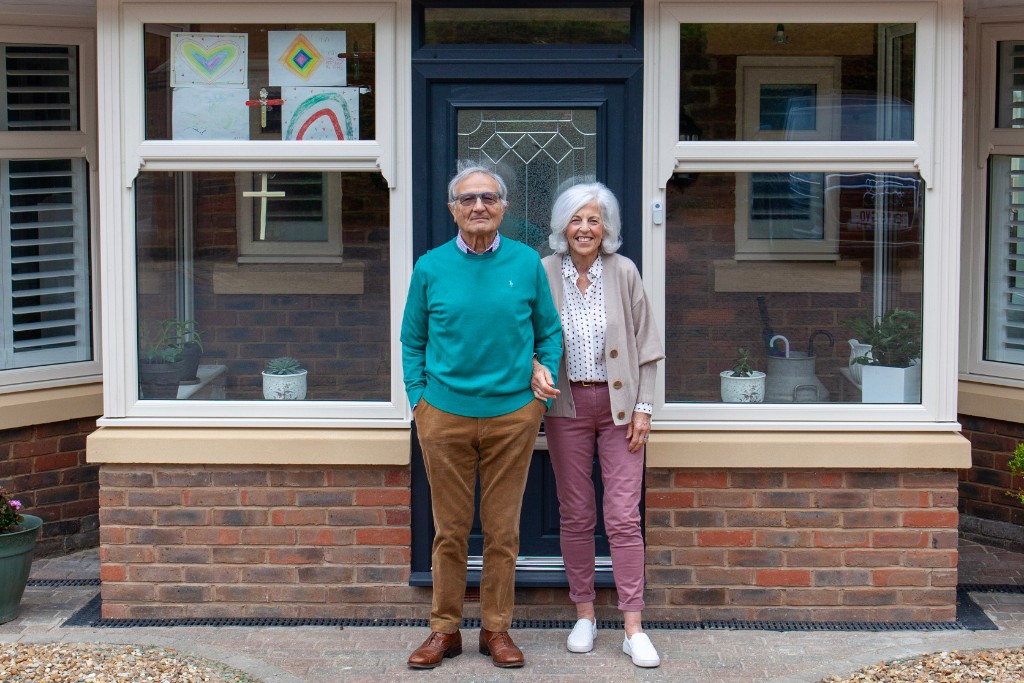 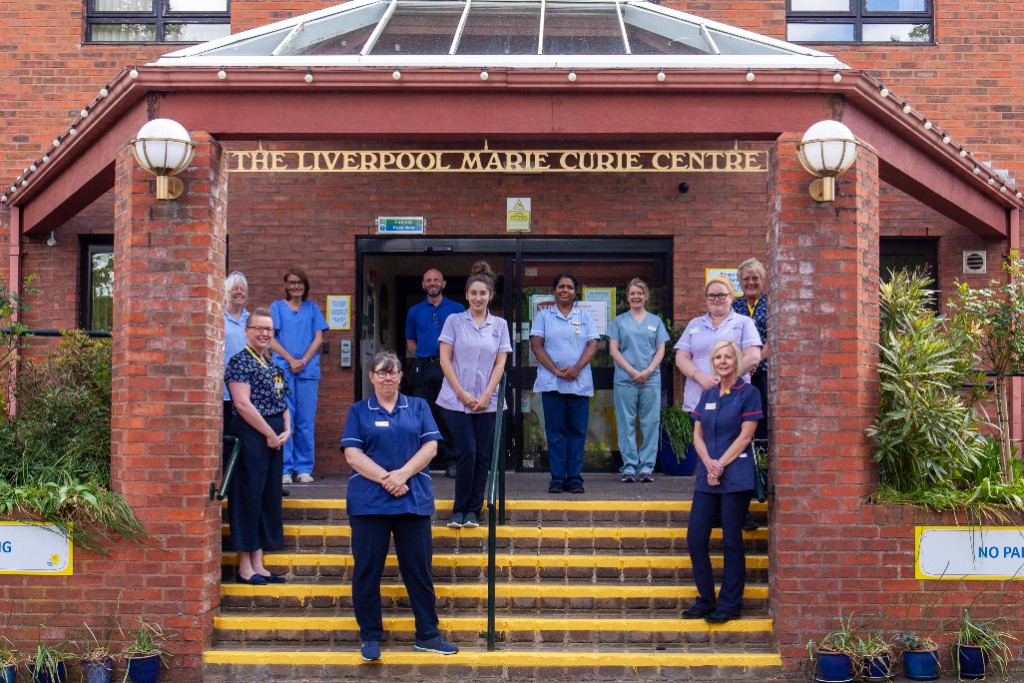