A Liverpool trauma surgeon who treats victims of knife crime has launched a new initiative to help improve the survival rates of the “epidemic” of knife violence sweeping the country.

Mr Nikhil Misra is a Consultant General and Trauma Surgeon at Aintree University Hospital, which is home to the Major Trauma Centre serving Merseyside and Cheshire. This is where victims of knife crime from across the region are brought for specialist emergency treatment and he has seen the number of cases he treats rise year-on-year, with a number of deaths in young men due to knife wounds.

A person who has been stabbed could suffer a significant loss of blood before they reach hospital. Five minutes of heavy bleeding from a knife wound can lead to loss of consciousness or even death, however, the NHS target for ambulances responding to life-threatening (category 1) calls is seven minutes. In response to this, KnifeSavers was created. It is an innovative campaign which aims to empower and educate the public on how to control life-threatening bleeding from knife wounds. The campaign is being rolled out in Liverpool but the ambition is for it to be present nationwide. 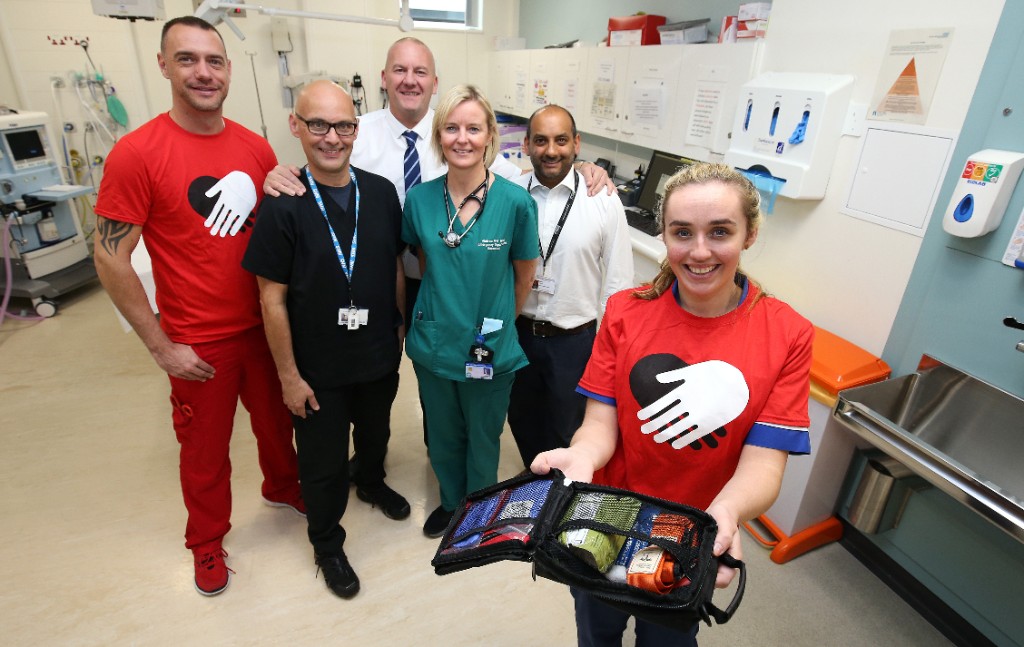 The campaign has been created with help from victims of knife crime and their families, as well as support from trauma data analysts at the Public Health Institute at Liverpool John Moores University. KnifeSavers is being backed by both Everton and Liverpool Football Clubs. The KnifeSavers team has helped design specialist bleeding control kits which will be placed in targeted locations around the region, starting in Liverpool. The bleeding control kits contain scissors, gloves, tourniquets and trauma dressings as well as military-grade gauze and chest wound sealant.

The main focus of the campaign is education and training. The KnifeSavers team has been delivering teaching on bleeding control in community centres in Liverpool to teenagers and will be going into schools around the city to teach pupils, as well as running training events for pub, bar and nightclub owners and staff around the city centre. A website has been created, which provides educational resources for the campaign, and a free smartphone app is currently in production. The team believes this is the first campaign of its type targeting knife injuries in the UK, and also in Europe.

Nikhil said: “Equipping people with the knowledge and tools to prevent massive blood loss at the scene of a stabbing is the single most effective step we can take towards improving the chances of survival for victims. We’ve seen increasing numbers of people coming through our Emergency department who have been stabbed and I would say it is reaching epidemic proportions. The aim of KnifeSavers is to ensure people who have been stabbed have the greatest chance of not dying and making a successful recovery and the best way to do this is to limit blood loss as quickly as possible.”