A monumental work of art was unveiled on 1st September in the Wirral seaside town of New Brighton. Situated in New Brighton’s Victoria Quarter, this particular street art piece is of huge cultural, musical and historical significance.

Located on Mason Street, the large wall mural portrays The Beatles running towards the site of the old Tower Ballroom, where they played 27 times between 1961-1963, however the meaning behind the art runs much deeper. 1 week after International Beatles Week, 50 years after The New Brighton Tower Ballroom burned down and 100 years after The New Brighton Tower was destroyed, this masterpiece will be unveiled as a symbol of hope and regeneration of the area. 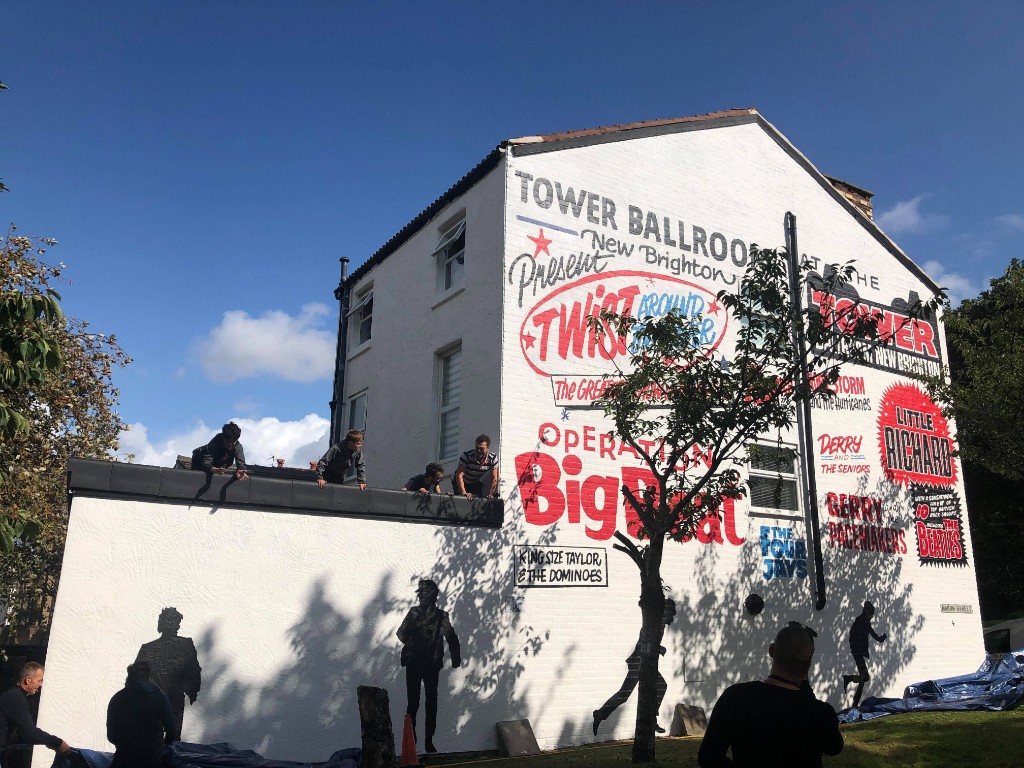 The main elements of the artwork consists of extracts from original posters from local artist Tony Booth. Tony was known as Brian Epstein’s ‘right hand man’ and was the creator of many of the original Beatles posters in the early 60s. Tony Booth passed away in 2017 however his Beatles posters live on and his original works of art have been sold for more than £27,000, with only 17 known copies remaining. In a beautiful twist of fate, his wife and family have allowed Rockpoint Leisure to commission the work and showcase them in New Brighton. 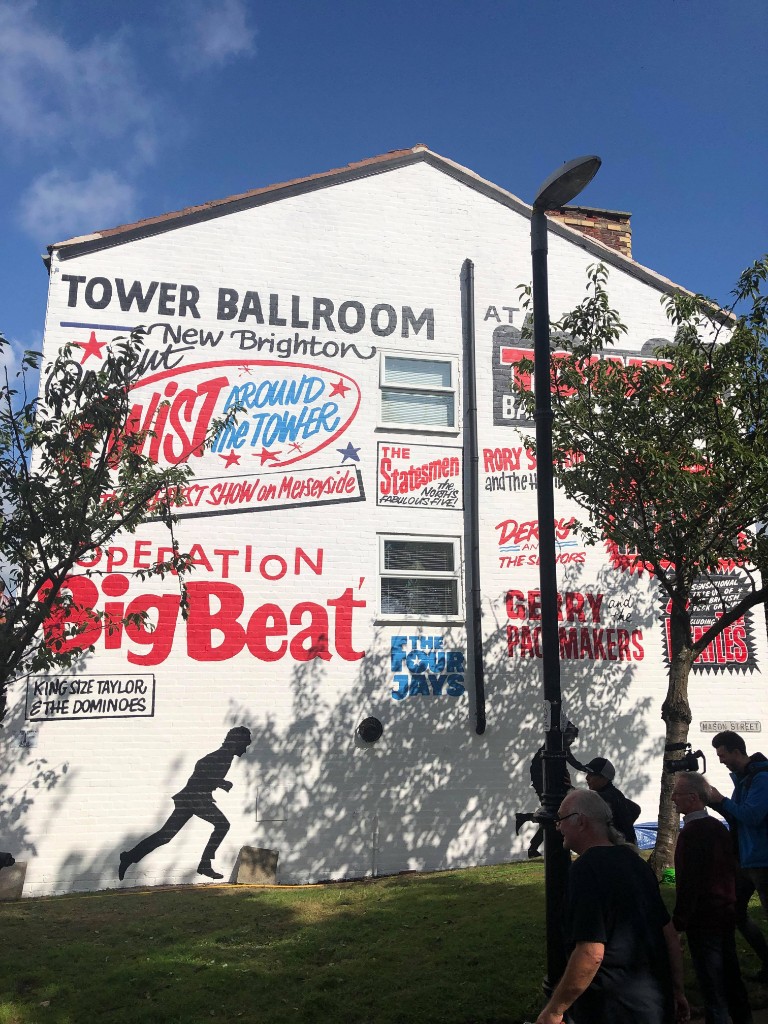 Rockpoint Leisure is the team behind New Brighton’s regeneration project. The Victoria Quarter area of the town has been revitalised by a significant investment, including new restaurants, bars and much talked about street art – featuring themes such as Martin Luther King and Peter Pan. Rockpoint Leisure have produced over a dozen pieces of street art to date, resulting in many people flocking to the area to admire the works of art. For this project they have once again commissioned @ArtFromAlexander to curate and manage the piece alongside the creative agency, Ultra Kolor.