A brand new contemporary art gallery has opened in Wirral this month.

Located in the heart of New Brighton’s independent Victoria Quarter, Oakland Contemporary and Street Art is the latest addition to regeneration company Rockpoint Leisure’s portfolio of hospitality and retail concepts within the town.

The 1100 sq.ft gallery space exhibits a mix of contemporary art, alongside pieces from artists heavily involved in the global street-art scene. Oakland has partnered with leading creative studio Our Types for the inaugural show which opens to the public on Friday 2nd October. 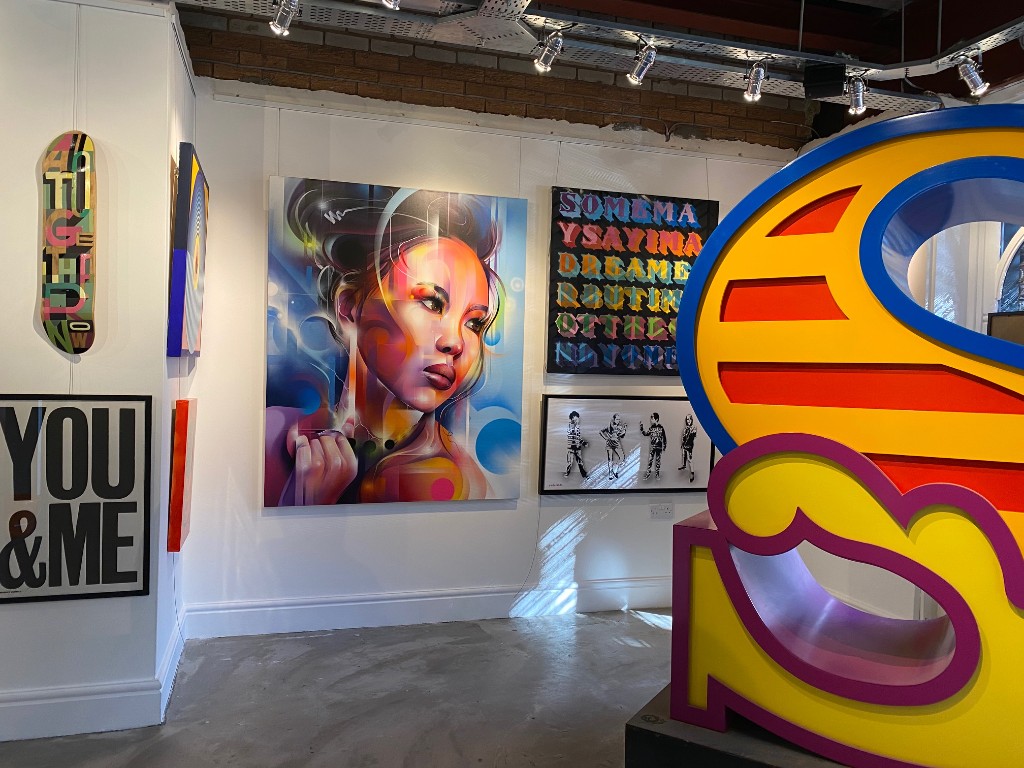 Entitled ‘Together,’ the show features original work and prints for sale by more than forty well-known artists, including 1UP, Ace London, Carl Cashman, Nick Walker, Sickboy, and Tankpetrol alongside 3D pieces by Populuxe.

Further collaborations are planned with Our Types over the next twelve months, including a special Christmas show. Oakland Gallery forms part of a wider street art initiative, ‘New Brighton Street Art,’ the only cultural outlet of its kind in the North West of England, which sees street art being used as a primary pillar in Rockpoint’s ongoing regeneration plans to revive Victoria Quarter,

Commissioned and privately funded by Rockpoint, more than twenty-five works of art have appeared on interior and exterior walls around the neighbourhood by both local and established global street artists including Dotmasters, Ben Eine, Fanakapan, Mr Penfold, Snik, Insa and Nomad Clan – all of whom also have work included in the gallery’s opening show.

“Despite being testing times at the moment for retail, we are excited to be able to open Oakland with such a stellar line-up of talent from the UK’s contemporary art scene. We have big ambitions for the gallery and are already planning shows for 2021 and beyond. Thanks to all the artists who have supported the ‘Together’ show and who have believed in what we are trying to achieve here – which is to put New Brighton back on the map as a leading cultural destination.” 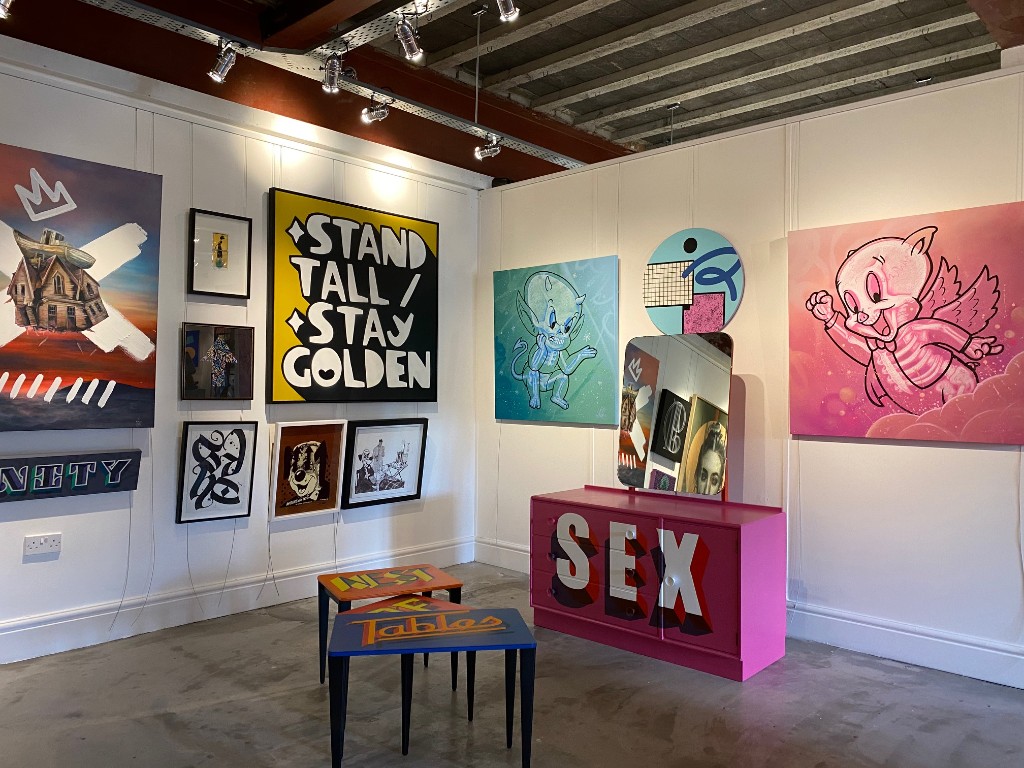 Partners to the show, creative studio Our Types added:

“We really believe in the work that Rockpoint Leisure and New Brighton Street Art are doing to make contemporary art accessible for their community and the wider audience. The opening of Oakland Gallery feels like an organic progression and we’re pleased to bring together internationally renowned artists that we work with to be part of this movement in New Brighton.

‘Together’ runs at Oakland from 1st – 31st October 2020. The gallery is open Wednesdays – Sundays from 12pm-7pm, and also by private appointment.