Mam! I’m ‘Ere! – The Brilliantly-funny Smash-Hit Disco Musical Is Back This Summer

Sally was left on her Dad’s doorstep one cold and windy Liverpool night. 25 years later and she has met the love of her life on her Dad’s failing Disco holiday campsite in Wales. There is just one person missing from her wedding plans – her Mam. After teasing out stories from her Dad’s best mates, she narrows her search down to three very different women from his past. 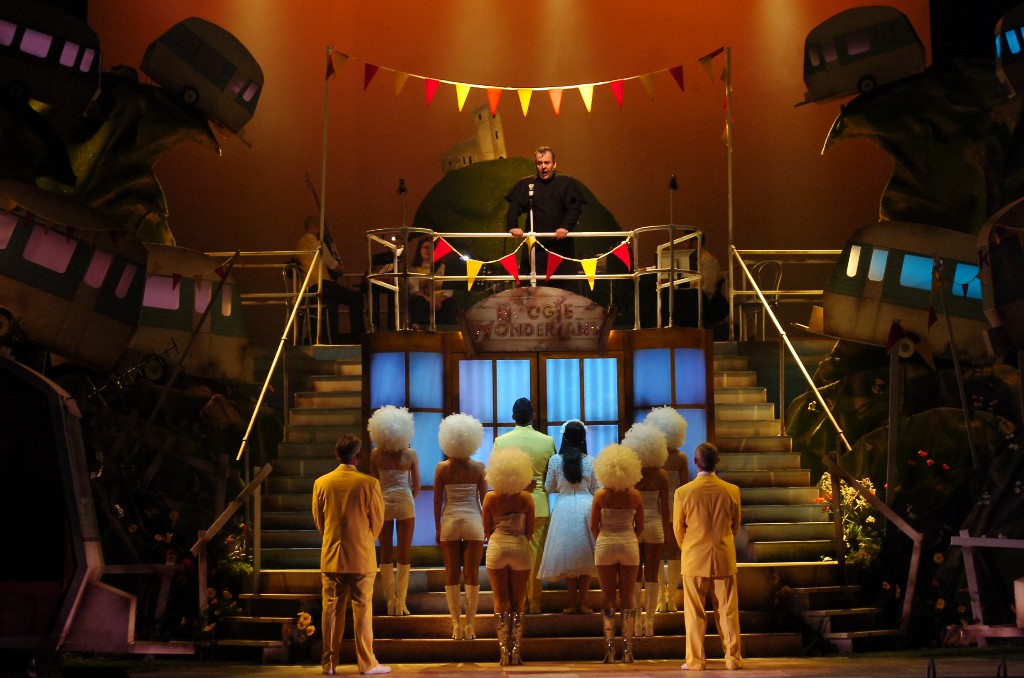 Believing they’ve won a glamorous mini-break away, the three unsuspecting Mums find themselves walking onto a creaky caravan park, greeted by an old flame some of them would rather forget, and right into her trap. Starring some of Liverpool’s favourite theatre faces, Life In Theatre Productions and The Royal Court Theatre proudly present the return of the smash hit comedy Mam! I’m ‘ere! Packed with hit after hit from the 1970s (but definitely no Abba) this show will have you dancing in the aisles. So, Get Down Tonight and Celebrate Good Times in their Disco Boogie Wonderland! 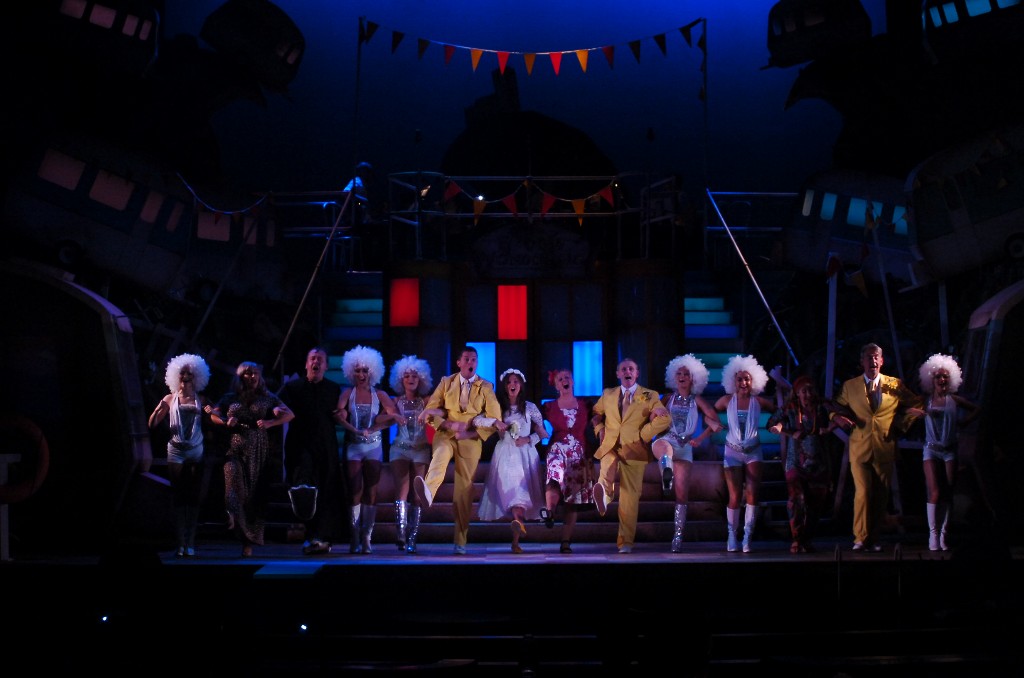 “The whole reason for creating this show back in 2012 was to make work for me and some of my mates. We didn’t have a job that Christmas, and I believed I could put a show on that would employ us all. In 2012, I’d started my own production company up, doing small-scale ‘off-Broadway’ style productions, and they were really popular. Just before that Christmas, I’d written a rough draft of a spoof musical of Mamma Mia!

Set on a Welsh island on a failing camping site, filled with disco tunes, live band, there was enough of a similarity to the original, without it being the same show. I’d written it in line with other shows at The Royal Court, which tend to have a Liverpool hook to grab people’s attention. With this show, I wanted to offer something different, not too Liverpool-centric, and to attract whole families to come and watch together.  I managed to get some seed money to put it through rehearsals and then I had to make sure I could pay everyone once the show was up and running. If people didn’t come to watch us, there would be no wage to pay out.

Afternoon all. I’d be really grateful if you could help spread the word about my show, MAM! I’M ‘ERE! ‬‪I’m proud to say its back again 13th July-11th August at Liverpool’s Royal Court. It’s a show for all ages and was really popular in both of its previous productions- having been seen by almost 40,000 people so far. It’s already booking really well for this summer, which is great, and I want to make sure I pack the place out. We’ve got a few cast changes this time around too, so watch this space for news on that pretty soon! Please share this post far and wide and get your friends, Facebook groups, workmates and family together for a bit of a boogie and a summer reunion to look forward to. I hope to see you there!TICKETS from £13- https://royalcourtliverpool.ticketsolve.com/shows/873581660/events/128104183‬‪

I wrote a few begging letters to people to fill a hole in the rehearsal budget, to no avail, apart from one generous gift from the director of the original musical and movie who I had worked with in London many years before. She said she had faith in me, which was amazing. We rehearsed in an empty warehouse in the (now trendy) Baltic Triangle, painting giant bits of polystyrene after rehearsals for the set and cobbling bits of costume together from people’s wardrobes and what we could find online. I found a venue in the former Central Hall on Renshaw Street (The Dome) which held 900 people inside.

We managed to build a new stage, a whole set, a working theatre, a box office- everything you would need to put on a show- from scratch. There was an eventual team of over 30 actors, musicians, designers, technicians, ushers- all paid and completely unsubsidised. We pulled a crowd because the word just spread. By the end of that Christmas run, we’d managed to get 11,000 people into that venue. It was THE coldest space in Liverpool. But we did it.

Following another staging of the show in 2015 at The Royal Court, we’re back this summer, and we want to get as many people down as possible. I’m proud to bring it to The Royal Court again. It was always meant for that venue and that audience. Mam! I’m ‘ere is fun, joyful and guaranteed to make you feel good- I think that’s why people enjoy it so much”