Local Poets to Perform Outdoors in Liverpool Parks This Summer

Performances will take place on Thursday 1 July at St. James’ Gardens below the Anglican Cathedral and Thursday 5 August at Princes Park wooden henge. The night which usually takes place in the Everyman bistro will see poets and performers venturing outdoors for a socially-distanced version of the regular event.

A Lovely Word combines curated performers and open mic opportunities to offer a warm and inclusive atmosphere, nurturing local talent and drawing poets and crowds from all over the North West. Supported by Liverpool Everyman and Playhouse, A Lovely Word is working together with the Unusual Art Sourcing Company to bring headliners Joy Frances and Curtis Watt who will perform sets alongside a selection of open mic performers. 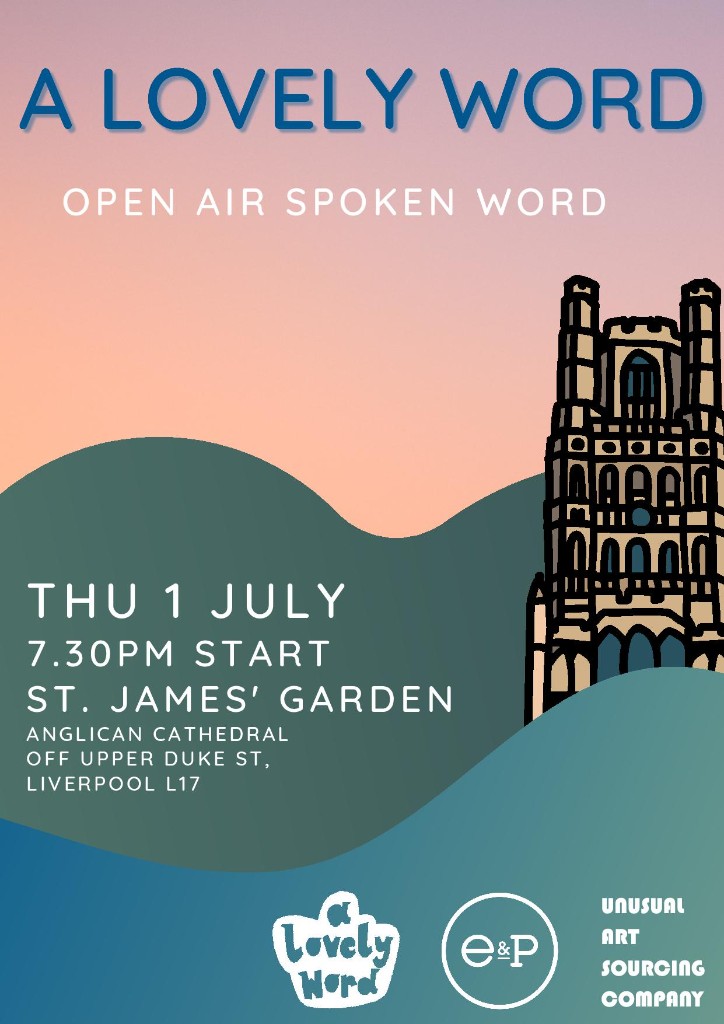 Curtis Watt a socially conscious Poet who is featured in Michael Rosen’s A-Z the Best Children’s Poems (Puffin), will be performing at St James’ Gardens as part of A Lovely Word on Thursday 1 July. Curtis has worked internationally on both stage and screen, and is recognised as one of Liverpool’s most versatile artists, voted 43 in Diverse Magazine’s Top 50 Black Merseysiders

Joy France is a teacher turned battle rapper from Manchester who will be headlining the event at Princes Park wooden henge in August. Creative in Residence at Manchester’s Afflecks Palace, Joy’s poetry has featured on Voices Nationwide and TEDxManchesterUniversity.

The Unusual Art Sourcing Company, a Liverpool based performance art project who brought the World’s Smallest Festival Stage to last year’s Liverpool Sound City, will be providing the platform that will bring poets to the stage in Princes Park. Alex Ferguson, producer and host of A Lovely Word, said: “Getting into poetry can be really transformative for people’s sense of self. It’s really positive to see people getting involved with the workshops we’ve had so far and I’d encourage anyone who is interested to give it a go.” 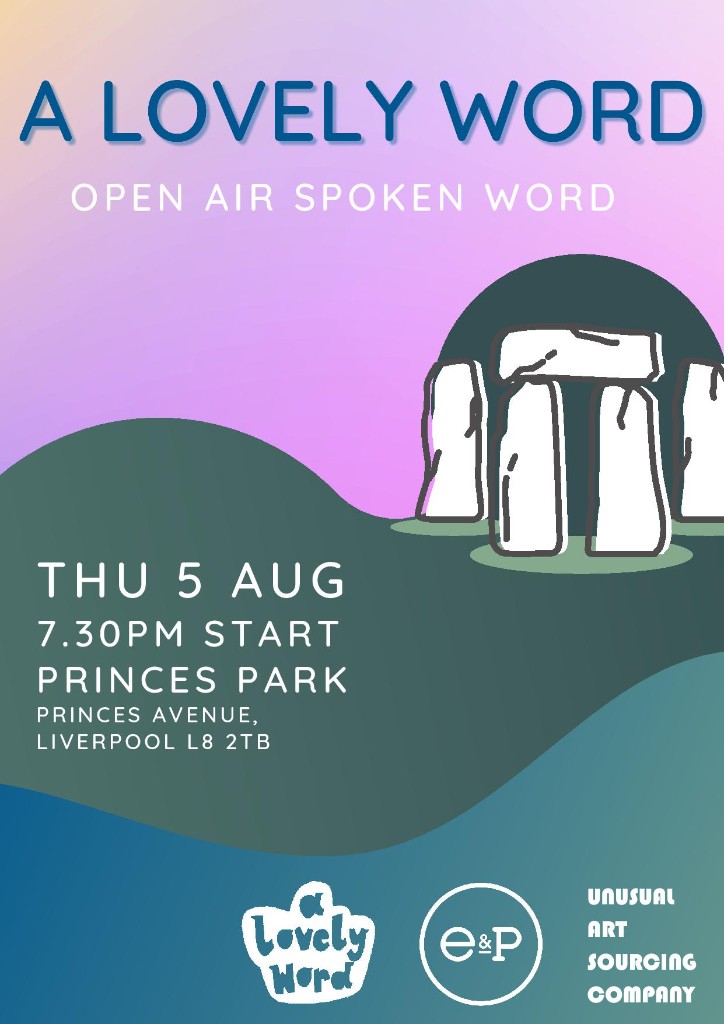 Poets and performers are invited to sign up to perform at the open mic by emailing [email protected] (submissions close 25 June for July), with a confirmation of your full name, mobile number, and that you sign up to these principles of the open mic.

Audiences are invited to watch out in the open air or via a live stream on Youtube. ‘Bring your own blankets’ and be blown away.