For my November blog, I thought it would be an idea to tell the stories of a couple of the lesser known first world war soldiers from Liverpool who were awarded the Victoria Cross.

Just about everyone with an interest in Liverpool’s connections with the First World War will have heard of the heroic deeds of Noel Chavasse, so rather than simply retell the story of one the most highly decorated British officers of the First World War, I decided to pick, at random, two other soldiers with Liverpool connections who were recipients of the Victoria cross 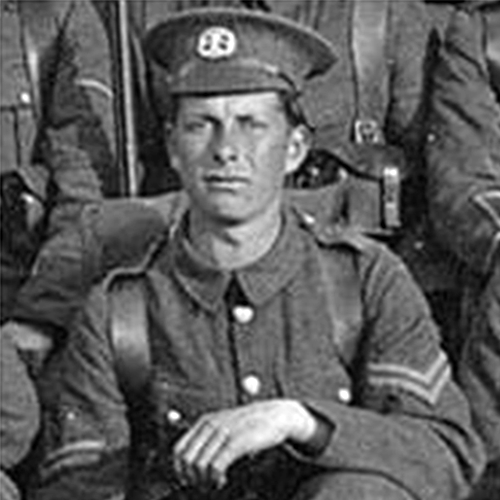 Frank Lester was born on the 18th February 1896 in Huyton. He enlisted in March 1916, was posted to the South Lancashire Regiment and was soon promoted to Sergeant Instructor.

In June 1917 he requested, and was granted, a transfer to the Lancashire Fusiliers, relinquished his rank of Sergeant Instructor and reverted to Private.

During the winter of 1918, after he had been promoted to Corporal, he was wounded in action during a German attack. On leaving hospital in France, he returned to England for whilst awaiting a new posting. After a short time in his home country, he was sent back to the front in France.

Frank was part of the British offensive that was steadily pushing back the enemy front-line and it was during this offensive that he was killed in action but not before earning his Victoria Cross with a self-less act of bravery.

His citation was published the London Gazette on the 13th December 1918 and read as follows:

‘For most conspicuous bravery and self-sacrifice during the clearing of the village of Neuvilly, on 12th October, 1918, when, with a party of about seven men under an officer, he was the first to enter a house from the back door, and shot 2 Germans as they attempted to get out by the front door. A minute later a fall of masonry blocked the door by which the party had entered. The only exit into the street was under fire at point-blank range. The street was also swept by fire of machine guns at close range. Observing that an enemy sniper was causing heavy casualties to a party in a house across the street, Pte. Lester exclaimed, ” I’ll settle him,” and, dashing out into the street, shot the sniper at close quarters, falling mortally wounded at the same instant. This gallant man well knew it was certain death to go into the street, and the party opposite was faced with the alternative of crossing the fire-swept street or staying where it was and being shot one by one. To save their lives he sacrificed his own.’

Frank Lester is buried in Neuvilly Communal Cemetery Extension in France but is commemorated, in amongst other places , on his family memorial in Holy Trinity Churchyard in Hoylake, on the war memorial in the graveyard of St. Bartholomew’s Church in Thurstaston, and on a memorial VC paving stone, that was unveiled this year, that is by the war memorial in Hamilton Square, Birkenhead 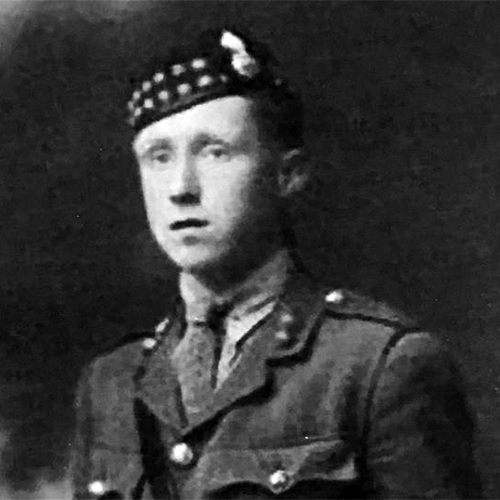 Stanley Boughey was born in Liverpool on the 9th April 1896 but was brought up in Blackpool. Before the outbreak of the First World War, he was a member of the St John’s Ambulance.

When war was declared, at the age of 18, Stanley signed up with the Royal Army Medical Corps, but the time he had reached the age of 21, he had become a 2nd Lieutenant in the Royal Scots Fusiliers. On the 1st of December 1917, whilst he was involved in a fire fight against the Ottoman forces at El Burf in Palestine that he committed the act of bravery that earned him his Victoria Cross. Unfortunately, he was mortally wounded and died three days afterwards, on the 4th December.

His citation was published in the London Gazette on the 12th February 1918 and read as follows:

‘For most conspicuous bravery. When the enemy in large numbers had managed to crawl up to within 30 yards of our firing line, and with bombs and automatic rifles were keeping down the fire of our machine guns, he rushed forward alone with bombs right up to the enemy, doing great execution and causing the surrender of a party of 30. As he turned to go back for more bombs he was mortally wounded at the moment when the enemy were surrendering.’

2nd Lt Stanley Henry Parry Boughey VC is buried in Gaza War Cemetery in Palestine but is commemorated, in amongst other places, on the Blackpool War Memorial, on a VC paving stone in Princes Park, and in the name of a road, Stanley Boughey Place in Nantwich. 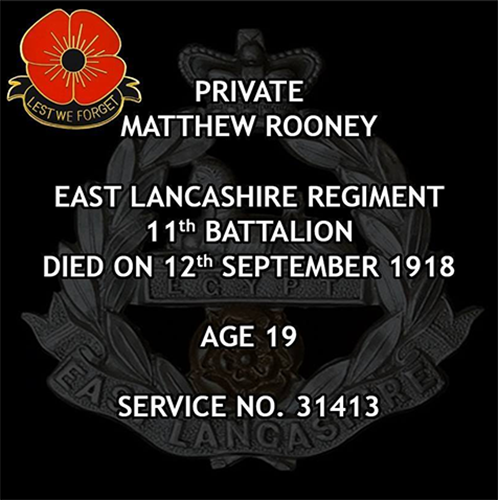 There is another soldier who died during the First World War that I would like to write about.  He didn’t receive a VC, however, but he is as much as a hero as every other young man that gave their lives during those terrible times

Matthew was a lowly private in the East Lancashire Regiment. A grunt, you could say. There’s nothing much that has been written about him, if anything at all, but he’s important to me as he is my great-uncle. We don’t have any photographs of Matty, or know much about his story after he departed for France. The details that we do have, we managed to glean from his war records and from one of his friends who was with him on the front. However, I’ll do my best to do this young man justice with this small commemoration.

Matthew was born in June 1899 to Thomas and Mary Rooney in 7 Molyneux Street, Bootle. He signed up to serve his country at Seaforth Recruitment Station sometime in 1916 and was assigned to the 11th Battalion East Lancashire Regiment (The Accrington Pals). He departed for France not long after.

Matthew was involved in several major battles throughout the war and was transferred to a few different regiments during his time as his platoons and battalions lost men, or he was injured and awaited a new posting. He served with the Royal Welsh Fusiliers, the Cheshire Regiment, the Manchester Regiment and the Royal Lancashire Regiment.

On the 4th of September, Matthew’s battalion was moving northwards through France after the Battle of Amiens and became involved in the Battle at the River Warnave. It was then, we think, on either the 4th or 5th of September, that he was critically wounded. One of his friends, who was with him at the time, told my great grandmother that Matty’s leg was blown off during an artillery assault. My great grandmother had begged the poor lad to tell her what had happened even though he didn’t want to talk about it. She was beside herself wanting to know why her son hadn’t returned home.

We do know for certain that Matthew was transferred to a field hospital at Lambersart where he was treated before dying of his wounds on 12th September 1918.

Matthew Rooney was originally buried in in Lambersart near to where he died, but was later exhumed and reinterred in Rue-Petillon Military Cemetery in Fleurbaix, France, but is commemorated on Bootle War Memorial.

When he signed up in 1916, Matthew had just turned 17. You see, he believed in the cause so much that he lied to the recruitment officer about his age (the minimum age to serve abroad was 19). He died only two months before the end of the war.

120,000 men from Liverpool went to fight in the First World War. 14,000 of those men were killed in action.  That means that one out of every nine men who left home to fight in service never returned. Just about every single family in the city was directly affected.

Chris is a local historian and tour guide that regularly visits schools and local history groups around Liverpool to talk about the rich history of the city.  He has received several five-star reviews for his interesting and informative walking tours of the Liverpool.  For more information or to contact him, please visit www.hiddenliverpool.co.uk